With the 75th Anniversary of Daytona Bike Week on the horizon, we can’t stop thinking about going to Florida. That reminded us of this message from our friend, Herve’ Rebollo from France about a gearhead legend he discovered hiding out on Florida’s west coast, Jerry Douglas.

(Herve’ writes for France’s MotoMag and is the “French Connection” for New York Rider Magazine. He is also a published author of a book about his adventures at Daytona Bike Week.)
http://lesblogs.motomag.com/tatoue-harley/2016/02/08/harley-davidson-cvo-le-livre/#comment-397

Last summer, I was lucky enough to spend some days of vacation at Indian Rocks, near Largo, between Tampa and St Petersburg. A friend of mine, Patrick, lives here and, as he was in France in July, he lent me his house for 3 weeks.

Patrick told me to have one or two hours to visit his friend, the famous car master car builder Jerry Douglas. Jerry is an incredible man. He’s a living legend and has won so many prizes in his career. (There are so many trophies in his modern 10,800-square-foot building on nearly an acre).

He’s a master builder, a car racer, friend of so many stars (he was a friend of Evel Knievel the great) and a nice passionate man. As personal friend of Evel, you can see the logo of the famous stuntman painted on the Jerry’s race car. Evel the daredevil was his sponsor. Cool ain’t it? And one of the last interviews gave by Knievel was done here, in this garage …

Jerry Douglas had owned and operated an asphalt business for more than a dozen years when he decided to give it up for something he liked better: building and re- pairing street hot rods and custom cars. “I had to quit my job to keep up with my hobby,” said the Battle-Creek, Mich., native. “I’d been building and repairing cars since I was a kid, but it had always been a hobby. Suddenly, my job was interfering with my hobby.” He found a building and went to work right away renovating it, taking half the building for himself, building offices, putting in a showroom and shop, and hand-painting white and black checks on the floor. He created 15 storage and work areas in the other half of the building. Thirteen of the stalls are rented. “Each person has customized his stall,” said Douglas. Among the vehicles taking up space in the 12-by-25-foot stalls are a 1957 Chevrolet, a 1933 Ford , truck, a 1958 Buick and a 1980 Porsche.

Merci Jerry for these two hours of your time you gave me on this sunny Tuesday morning. It was really great. Next time you will be in Florida, I’ll pick you up with my Chevy 56 and we’ll go to talk with an old friend … about cars. 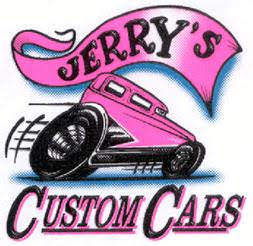 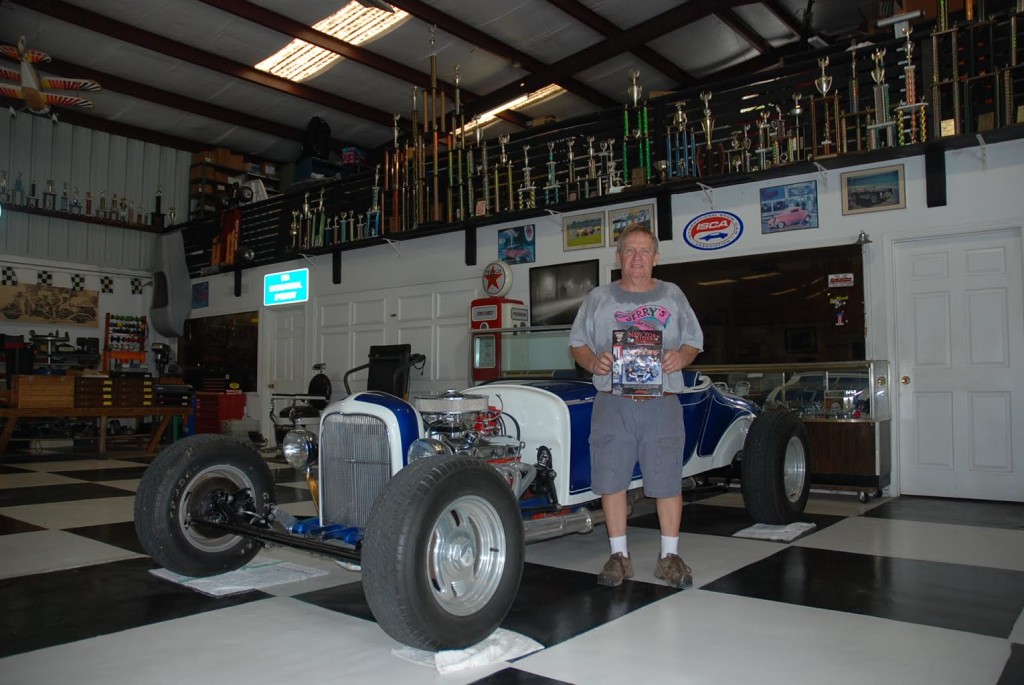 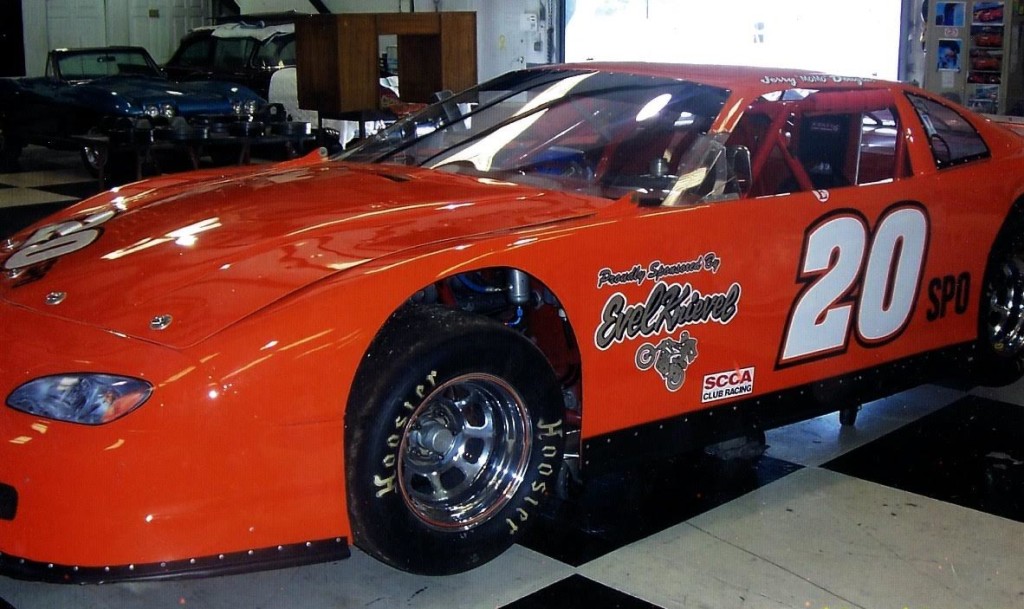