Practical, functional and bad ass cool? That’s DEI’s new Exo Wrap (as in exo skeleton) stainless steel mesh pipe wrap. It was one of the coolest new products at the V-Twin show in Cincinnati last weekend.

They developed it, said DEI’s Powersports Brand Manager Brian VanKoevering, because they saw the need for a more durable wrap for heavy-duty applications. The product is made with two layers: the fiberglass layer for insulation then the mesh (really 2 more layers since this mesh is a flattened tube with the ‘glass layer inside) for abrasion protection. This super-strong construction holds up to boot scuffing, won’t rust and generally lasts longer.

Application is like any other pipe wrap, perhaps even a bit easier, says VanKoevering. That’s because as you wrap, the mesh interlinks so it’s almost self-tightening. So it installs in about the half the time.

Cosmetically it looks amazing and it comes in tan and black. Is discoloration a concern? Because it’s fiberglass, the pigment will eventually lighten up, like most wraps. But DEI’s tests have shown that the ‘glass layer didn’t lose color until it was power-washed, and it performed well under normal riding and use conditions. Besides, as VanKoevering says, “It looks angry! This is truly the next evolution in exhaust wrap.

DEI also introduced their new heatshield frame, shown here. They had introduced the black fabric ‘shield last year and it’s done well in the market but some customers wanted a more finished look – so they added the stainless frame. Mainly a design element, the frame is separate from the ’shield so it can be finished any way you like: coated, engraved, polished – whatever you can imagine – while still maintaining the performance. They ship flat so you bend the frame to the appropriate radius for your exhaust system. Installs easily with stainless straps. 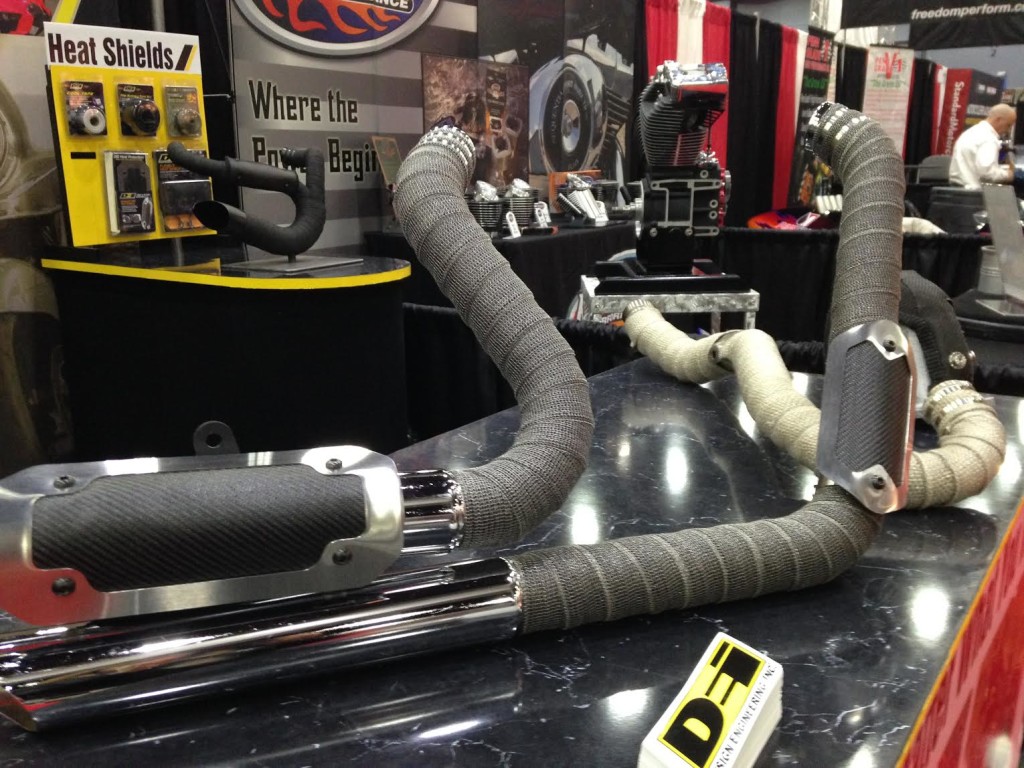 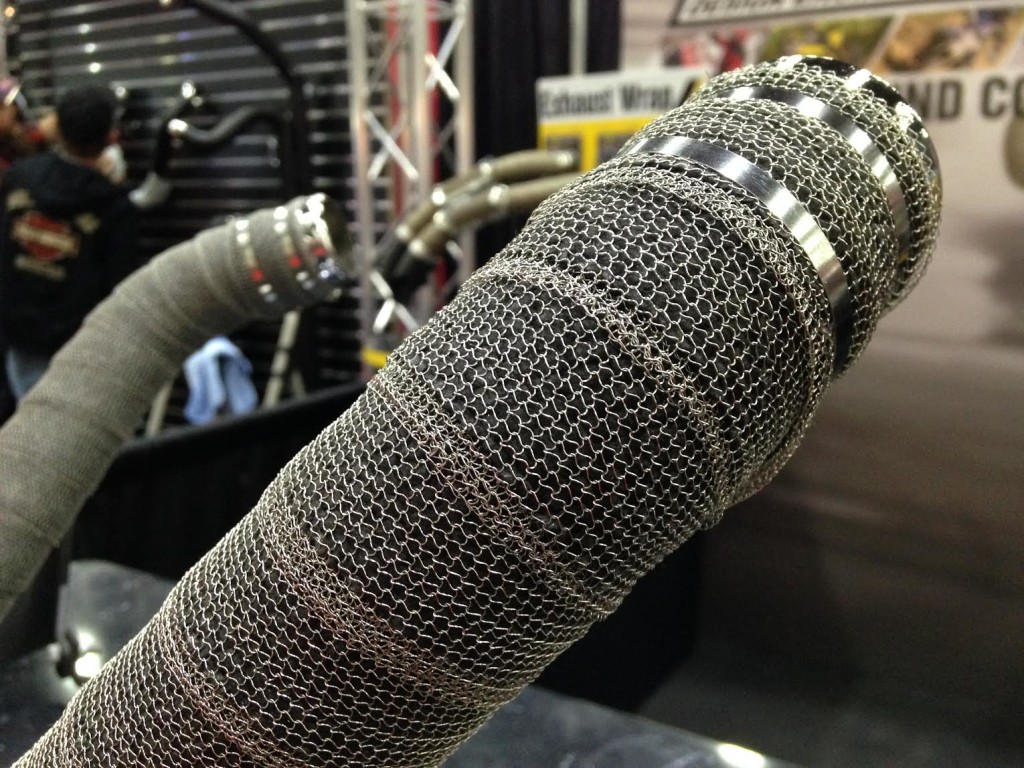 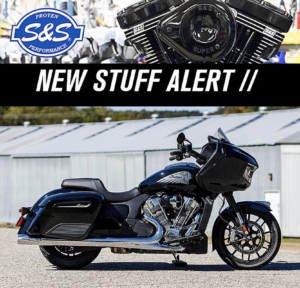 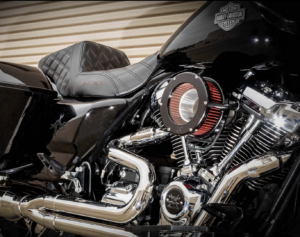