The 2019 exhibition is free to the public and will showcase over 40 of the world’s top builders and artists at the Buffalo Chip this August.

Sturgis, SD (April 9, 2019) More than 40 of the world’s top motorcycle builders and artists will be offering their take on light and lean in the Sturgis Buffalo Chip’s 2019 Motorcycles as Art exhibit titled “What’s the Skinny – Motorcycling without the Fat”, curated by Michael Lichter. This collection of bikes, which includes a majority of custom bikes built specifically for this exhibition, also include bikes with historic significance. They will be displayed together only for this exclusive, seven-day event.  The gallery-style exhibit will give guests an open view of the bikes from every angle, with each bike displayed atop an elevated pedestal and lit with theater lights. The Sturgis Buffalo Chip will host the exhibit in a 7,000 sq. ft. dedicated gallery in its Event Center. The exhibit is open free to the public 2 p.m. to 10 p.m., Saturday, Aug. 3 through Friday,

Aug. 9.
“Each year Michael brings together some of the most talented people on the planet to participate in this exhibit,” said Rod Woodruff, Sturgis Buffalo Chip President. “They all come together, creating a collection of motorcycles surrounding this skinny theme which is sure to inspire some real beauties. We’re very pleased to be able to offer such a world-class show free to the public.”

Nothing New is Young Again
There are no rules restricting the builders on type and size of tires, how much the primary can stick out or an absolute maximum width for the fuel tank and handlebars. Lichter based each builder’s inclusion solely on past bikes they have built and their interest in the “skinny” aesthetic. The bikes they build are limited only by their imagination and ingenuity, which is why industry professionals have been known to frequent the exhibit to pick up new ideas and trends. 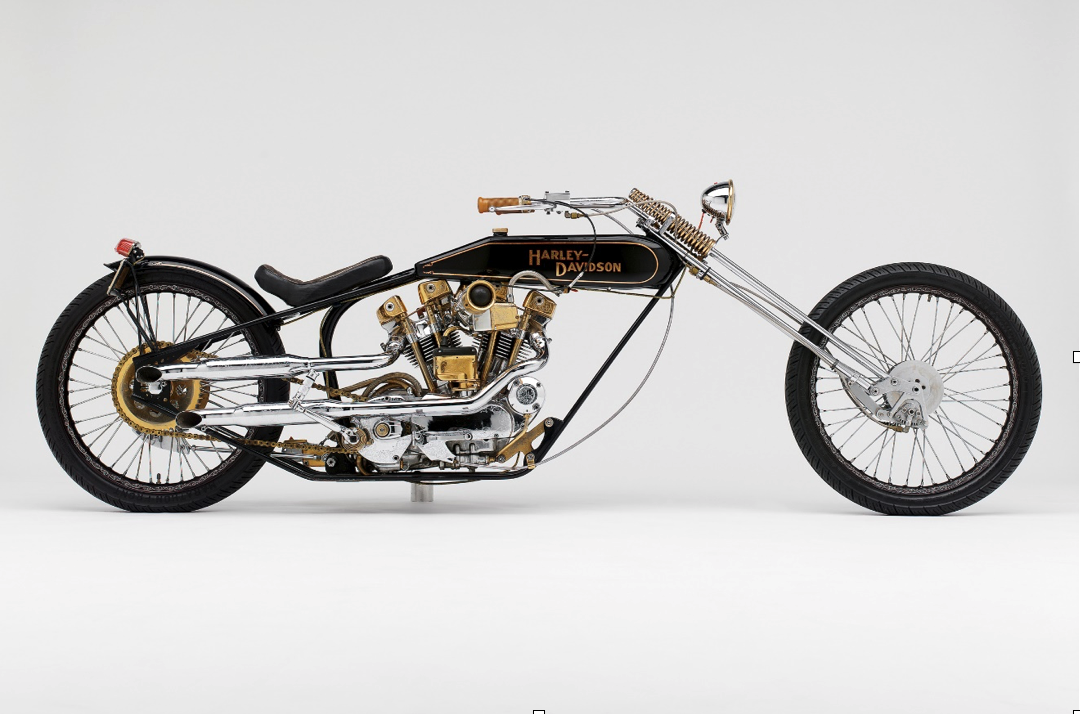 “Skinny bikes aren’t new,” said exhibit curator Michael Lichter. “At the dawn of the 20th century, bikes were all very light. No sooner had they appeared and riders were racing them on board tracks. Skinny meant fast and has continued to do so in all forms of racing. One thing I love about the re-emergence of skinny bikes as a style is looking at them from the back; straight-on with their thin tires, clean lines, narrow primaries with exposed chains, and handlebars barely wider than their slim tanks. I’m excited to see what these builders are going to bring to the table this year.”

The Builders and Artists
A list of participating artists who will be displaying works consistent with the theme will be announced in the coming weeks. Some of the best pinstripe artists in the world, coordinated and including Ray Drea of Harley-Davidson, will also be contributing pieces. 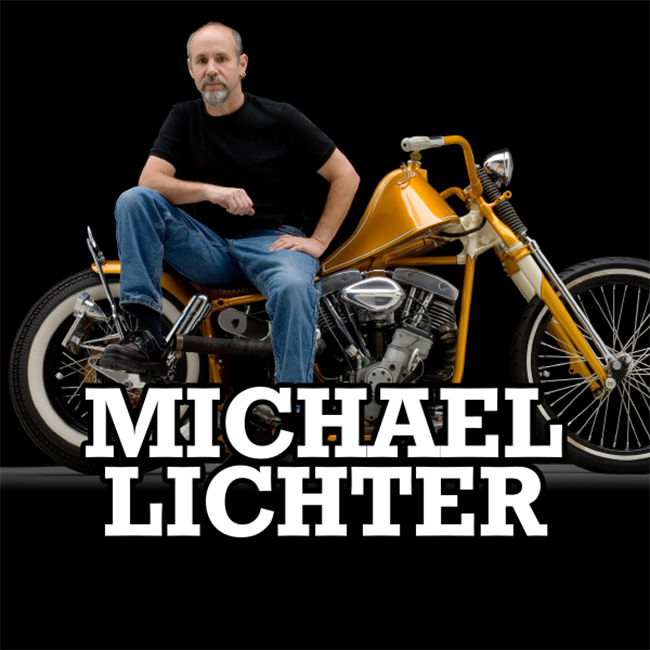 About Michael Lichter
Michael Lichter began photographing custom bikes and the biker-lifestyle in the 1970s. Working with Easyriders Magazine since 1979, he has produced over 800 stories for them. Michael is also a regular contributor to 16 other publications around the world, has 11 coffee table books to his credit and exhibits his photographic art in galleries and museums in the USA and abroad. As a curator, Michael first started creating themed exhibitions with custom motorcycles and art in 2001 at the Journey Museum in Rapid City. In 2009, the annual exhibition was moved to the purpose-built 7,000 square foot gallery at the Sturgis Buffalo Chip where it was given the name “Motorcycles as Art” and continues to this day. Michael has operated out of the same commercial photography studio in beautiful Boulder, Colorado for more than 35-years. Visit www.facebook.com/lichterphoto, Instagram (whistlingmike) or the all new www.lichterphoto.com to see his images. Contact Michael atmike@lichterphoto.com.

About Motorcycles as Art
Every year the Sturgis Buffalo Chip’s indoor Motorcycles as Art exhibition presents a changing conceptual theme that brings together the most innovative collection of groundbreaking custom bikes from today’s premier builders with artwork from the most famed moto-artists. The Sturgis Buffalo Chip and curator, famed photographer Michael Lichter, present an environment that must be seen to appreciate. Free to the public and open for just seven days each year, all are invited to take their time and walk through history in the making that is the Motorcycles as Art exhibit.

About the Sturgis Buffalo Chip
The Sturgis Buffalo Chip® is the Largest Music Festival in Motorcycling®. It is the world’s first and leading entertainment destination for the motorcycle enthusiast, awarded AMA Track of the Year in 2016, American Flat Track Event of the Year and South Dakota Excellence in Tourism Innovation award winner in 2017. Since 1981, the venue’s high-profile, nine-day festival, known as The Best Party Anywhere®, remains one of the world’s most televised and longest running independent music festivals. Located three miles east of Sturgis, SD on 600 creek-fed acres, it offers six stages of entertainment, a swimming hole, bars, mouth-watering food, showers, cabins, RVs, camping and more to visitors traveling from all corners of the world. The Chip’s concerts and races are free with camping. The Motorcycles as Art exhibit curated by Michael Lichter showcases the works of the world’s best bike builders. Numerous bike and stunt shows and all shopping, live music and events at the CrossRoads are free and open to the public. More details are available at www.BuffaloChip.com.