Devin Henriques at Cognito Moto started as so many others do, from a pure love of motorcycles. He began building, customizing and creating parts and motorcycles that took his passion for motorcycles into a business in 2012. 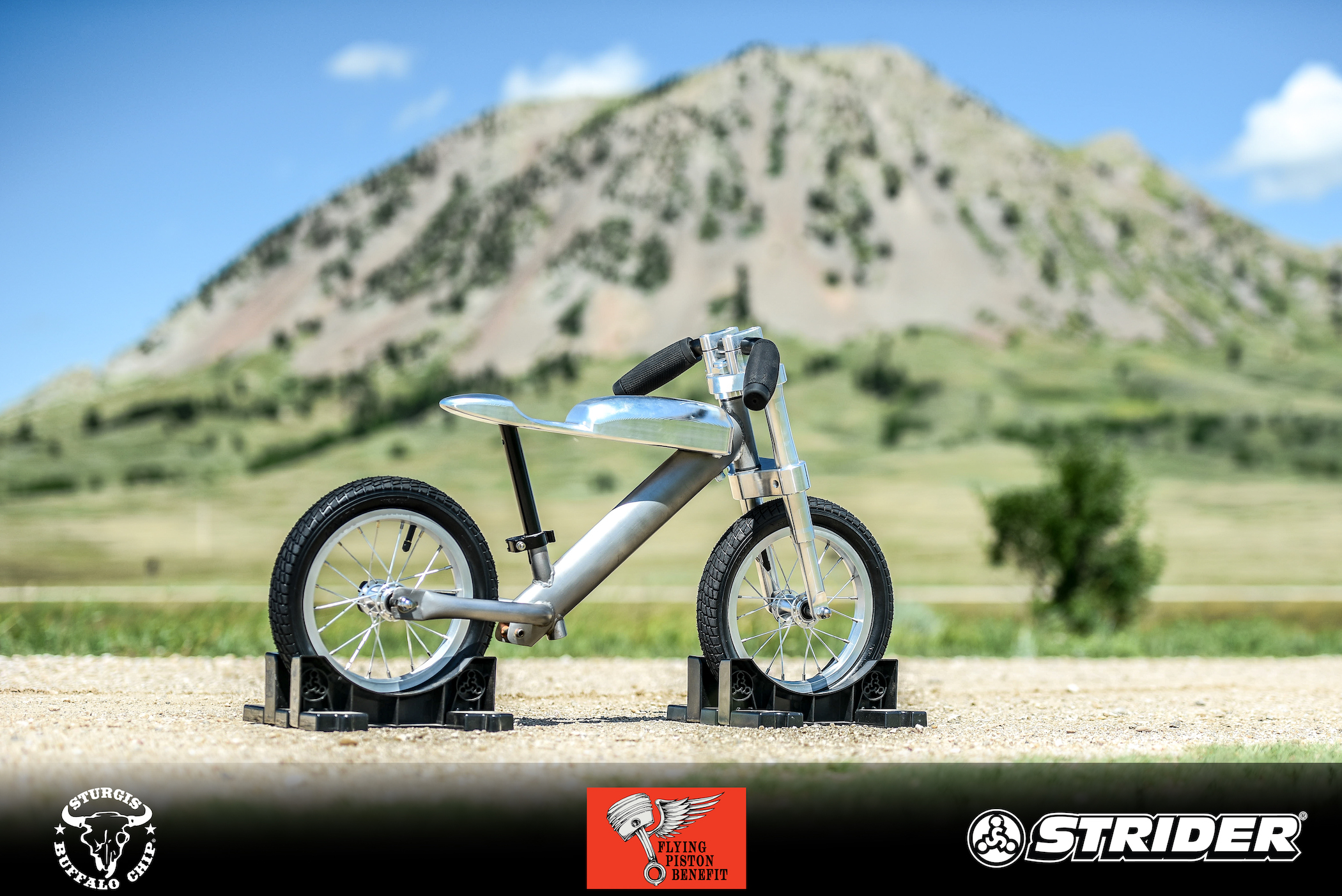 About a year ago, while on her 5th Motorcycle Missions build, Krystal Hess began working with Devin. He’d generously donated his time, expertise and parts for her Motorcycle Mission builds – projects that provide a therapy benefit to our veterans and first 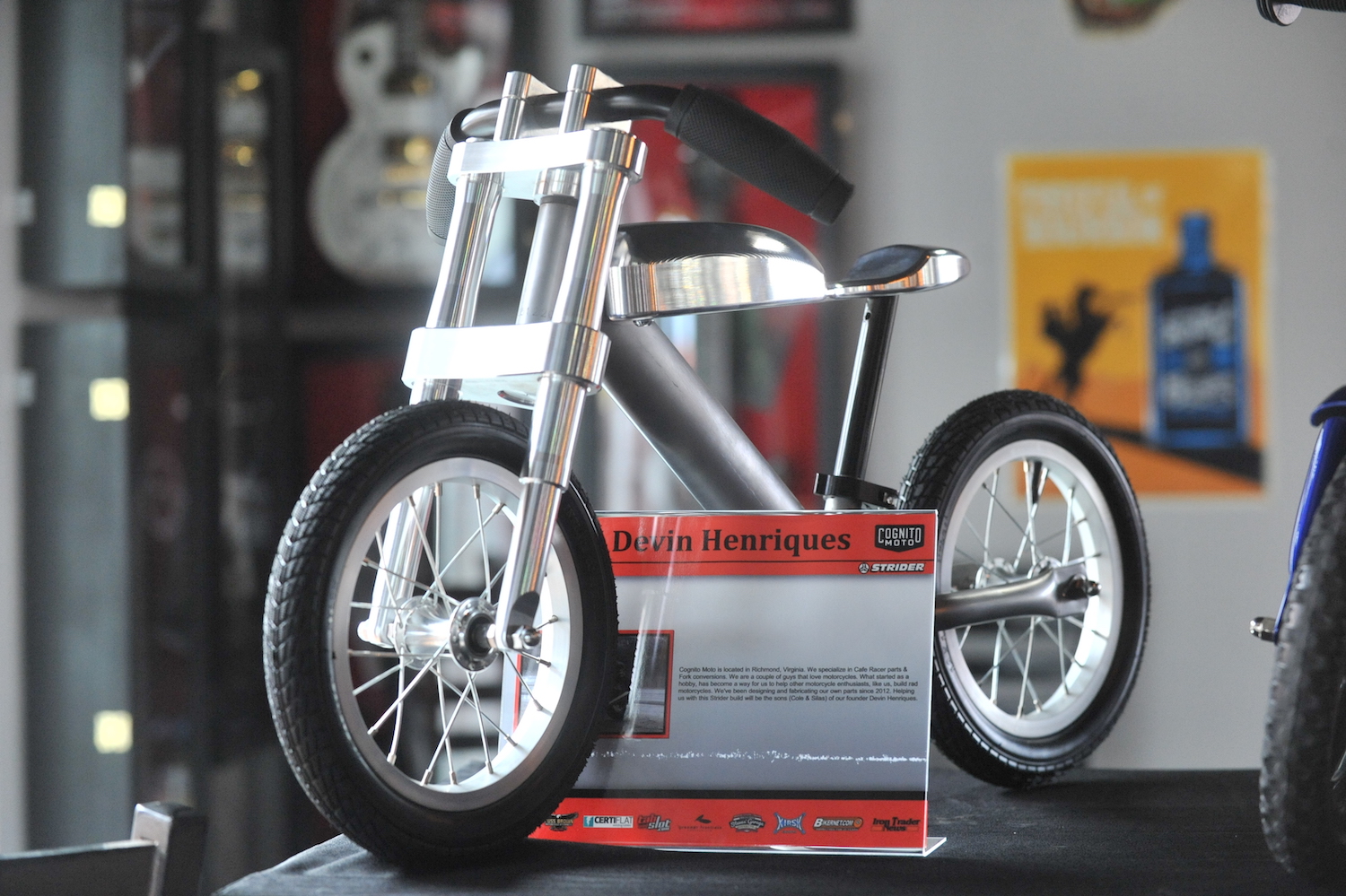 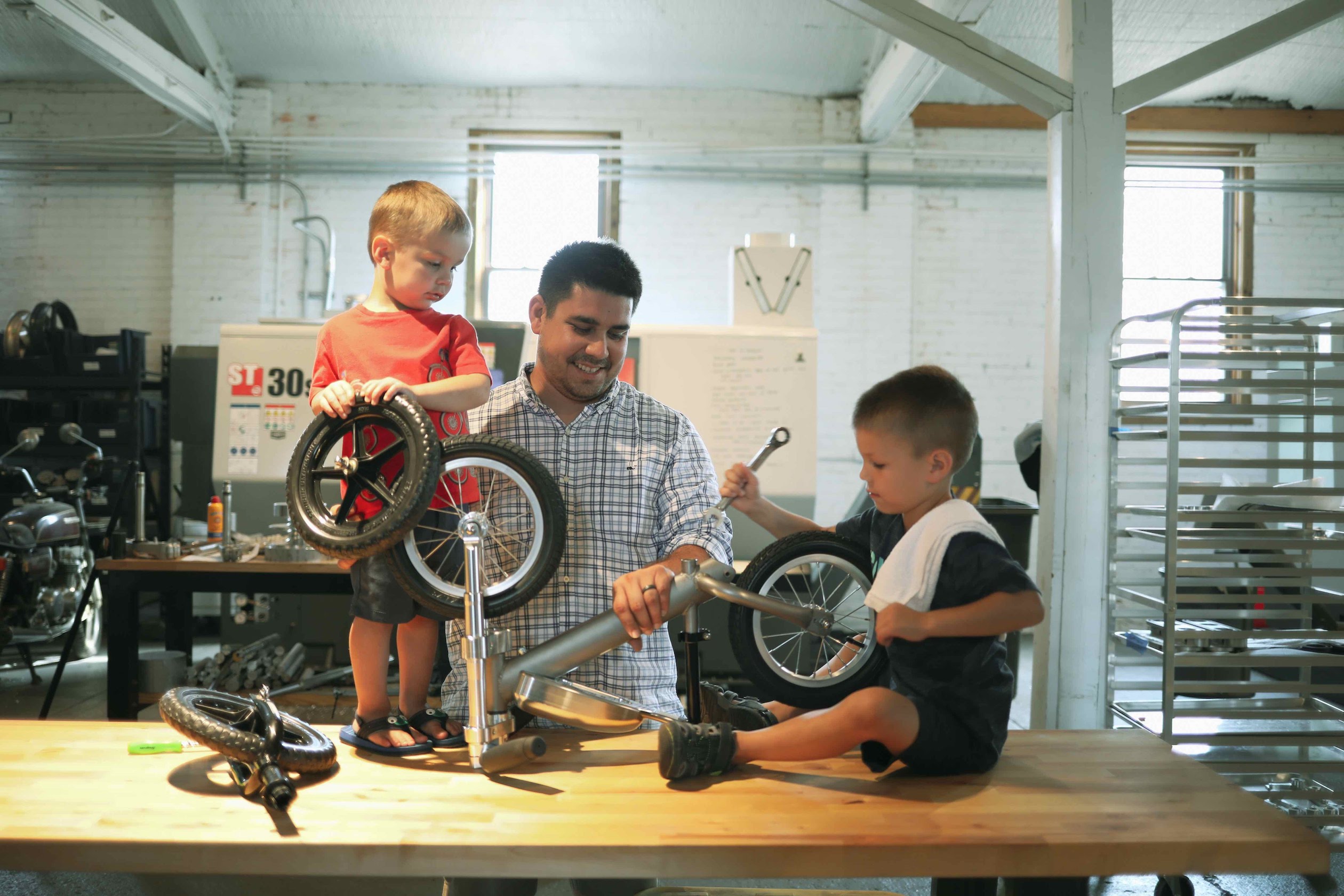 responders. It was Krystal that introduced Devin to the opportunity to be part of the Flying Piston Benefit at the Buffalo Chip in Sturgis, which benefits both Motorcycle Missions and AllKidsBike. Because of his relationship and support of Motorcycle Missions Devin was eager to sign on to customize a Strider Bike project. He also has two children, ages 3 and 5, who were already loving their own Strider bikes. 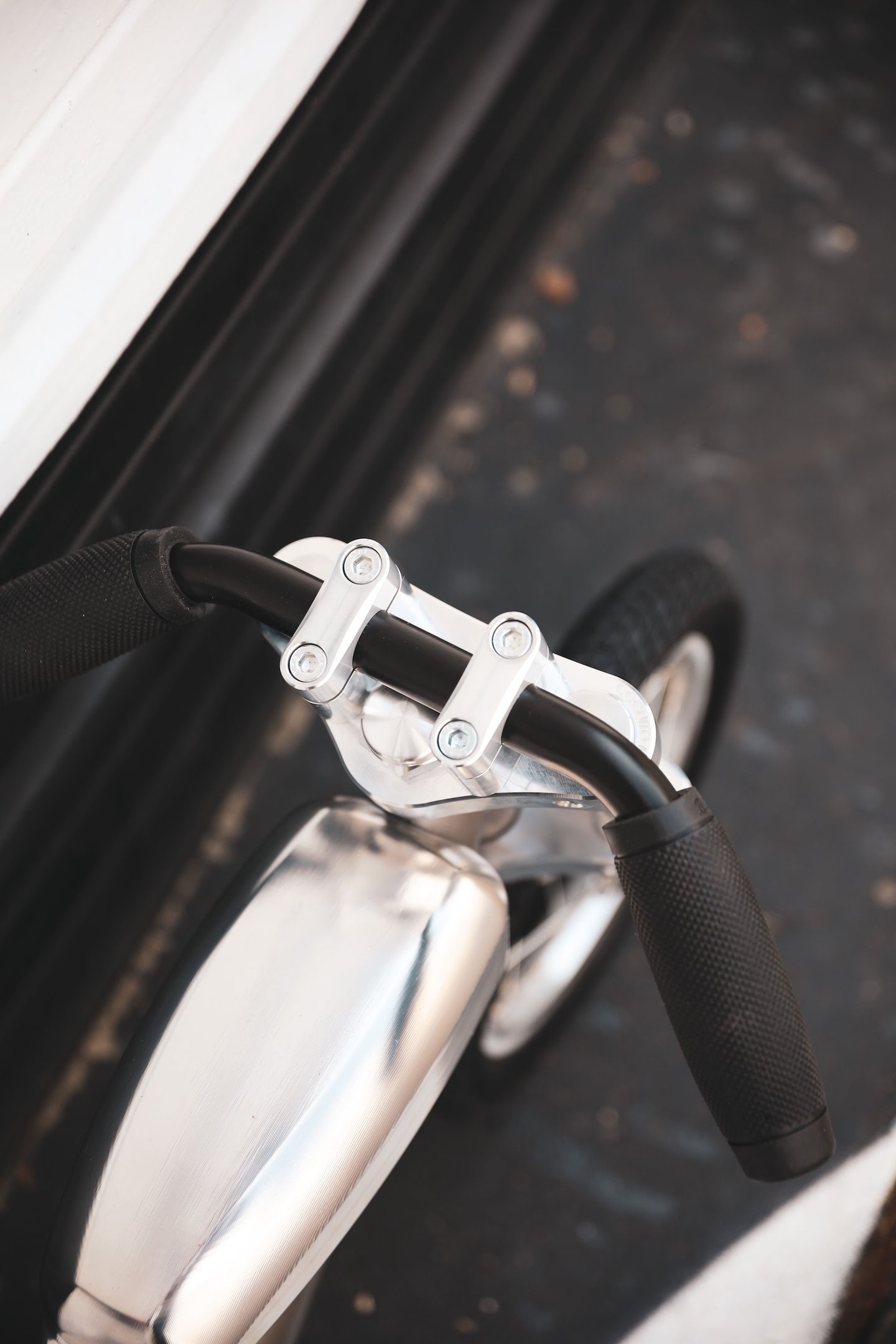 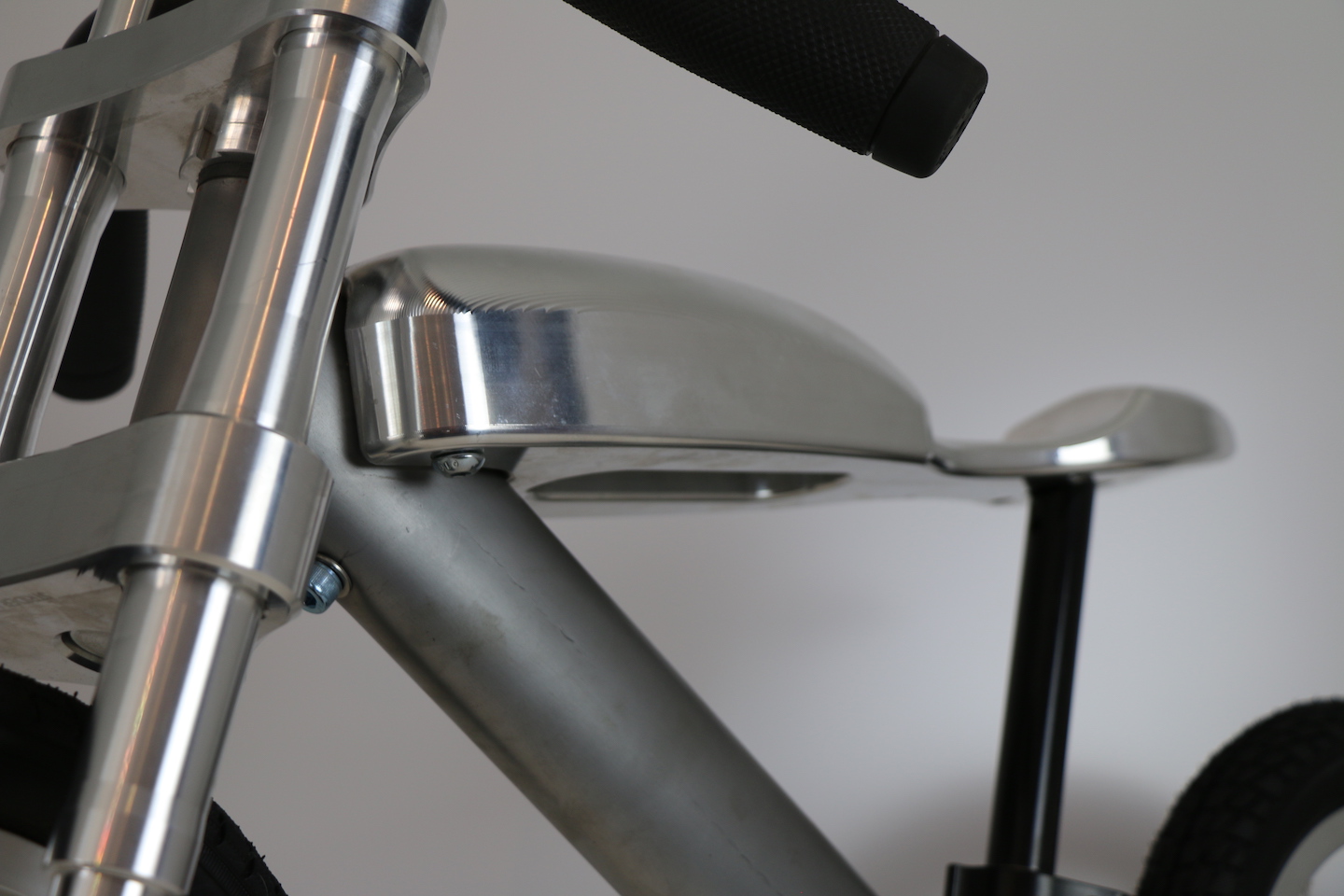 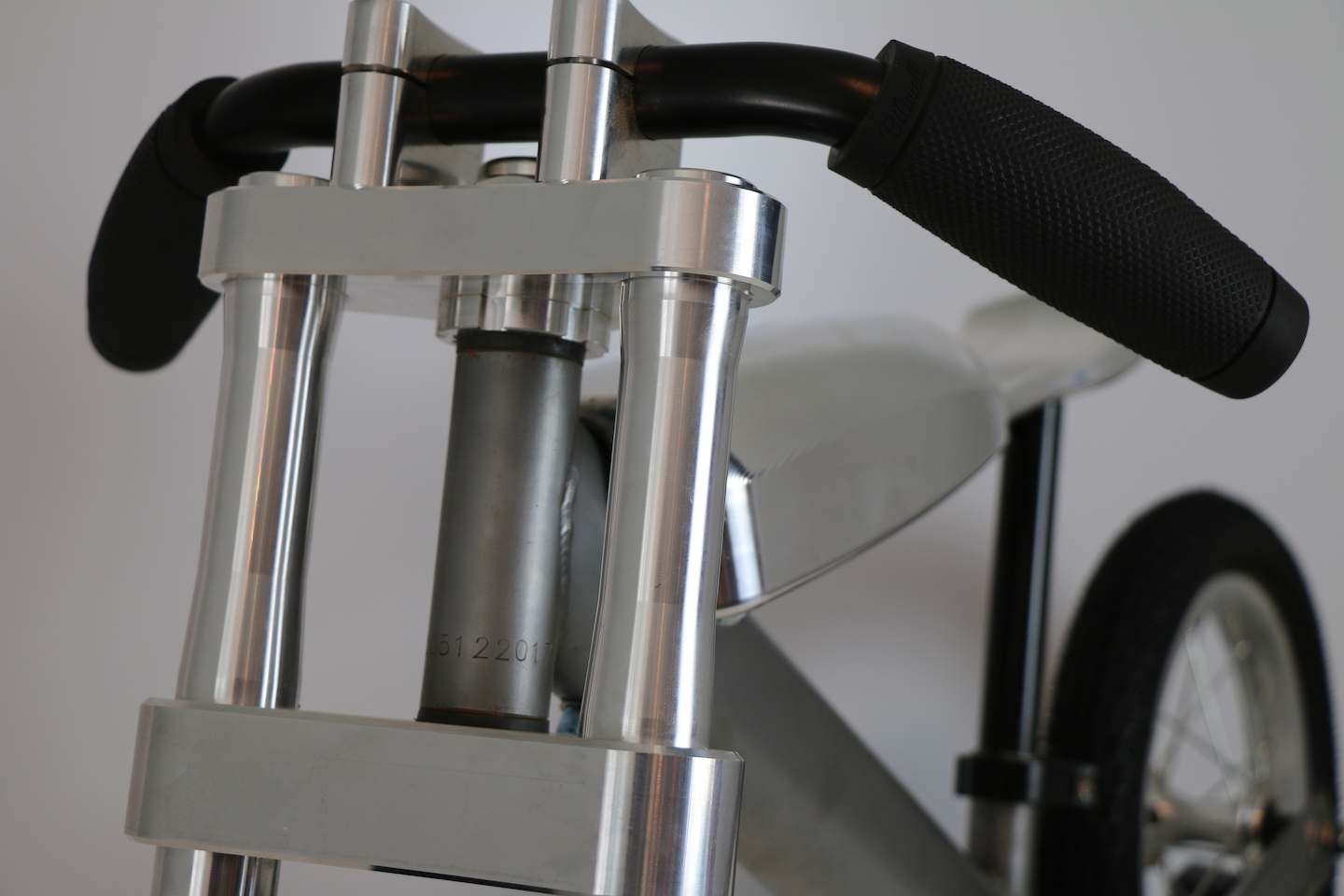 Devin didn’t have a lot of time but knew he wanted to create a bike in the likeness of his signature style, the café racer. He machined the tank and the seat and stripped and inverted the front forks to give the Strider Bike the look he was going for. The solid alloy components belie the tiny custom’s small size. It’s a heavyweight! Devin agrees and admits that the bike is not necessarily functionally on par to be a daily rider for a young child – but it does get plenty of attention with its sleek good looks. And that ultimately benefits the charities Devin supports.

About Flying Piston Custom Striders: The Custom Strider Program is an initiative of The Flying Piston Benefit produced by Marilyn Stemp of Iron Trader News and Jeff Najar of Biker Pros to raise awareness and funds for non-profits and individuals in the biker community. Each year a new class is unveiled at the Flying Piston Benefit Builders Breakfast at the Sturgis Buffalo Chip the first Sunday of Sturgis Rally. Contact: Marilyn Stemp, 828-205-8482, marilynstemp@gmail.com or www.theflyingpiston.com
About Strider: Strider designs lightweight bikes that build two-wheeled balance, coordination, and confidence in children. Strider is helping kids learn to ride and developing new motorcycle riders through the AllKidsBike movement which makes bike-riding a part of kindergarten curriculum. www.allkidsbike.org, www.striderbikes.com