Initially, Donnie Smith was on task to create a custom Strider Custom for the Flying Piston Benefit. However, as the time drew near, circumstances conspired to keep it from happening. But as happens in our motorcycle community, Donnie’s friend Todd “Gilby” Gilbertson, graciously stepped up and took on the project in the last few weeks before the deadline. 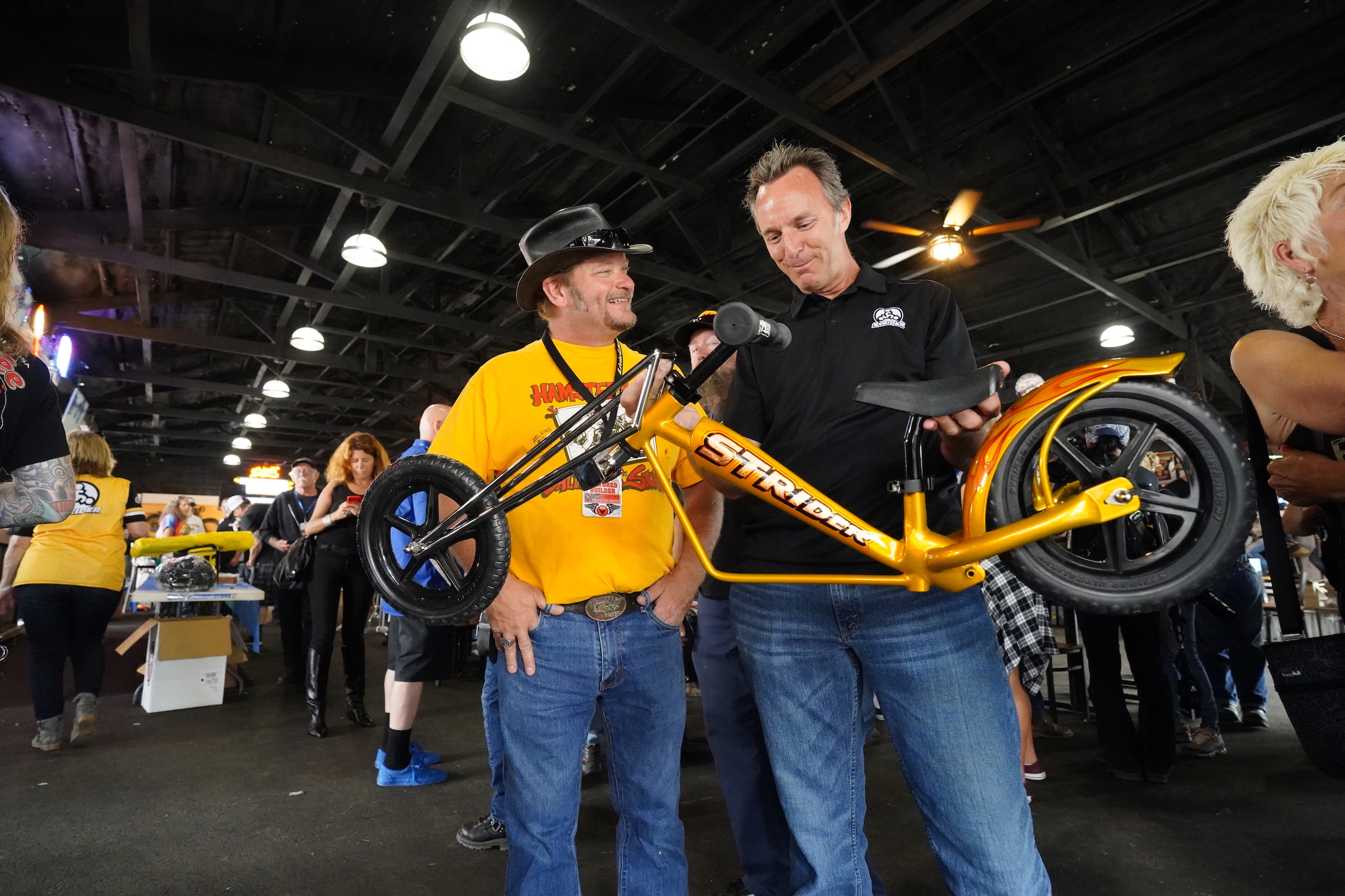 Gilby has been in the custom pinstriping and painting business for about 30 years, starting at the young
age of 13 years old. As time went on and his skills increased, he added welding and fabricating, working his magic on all kinds of vehicles including motorcycles, altering frames, handlebars and more. His business, Gilby’s Street Dept., is located in River Falls, WI, and the radical customs Gilby builds are fully roadworthy. 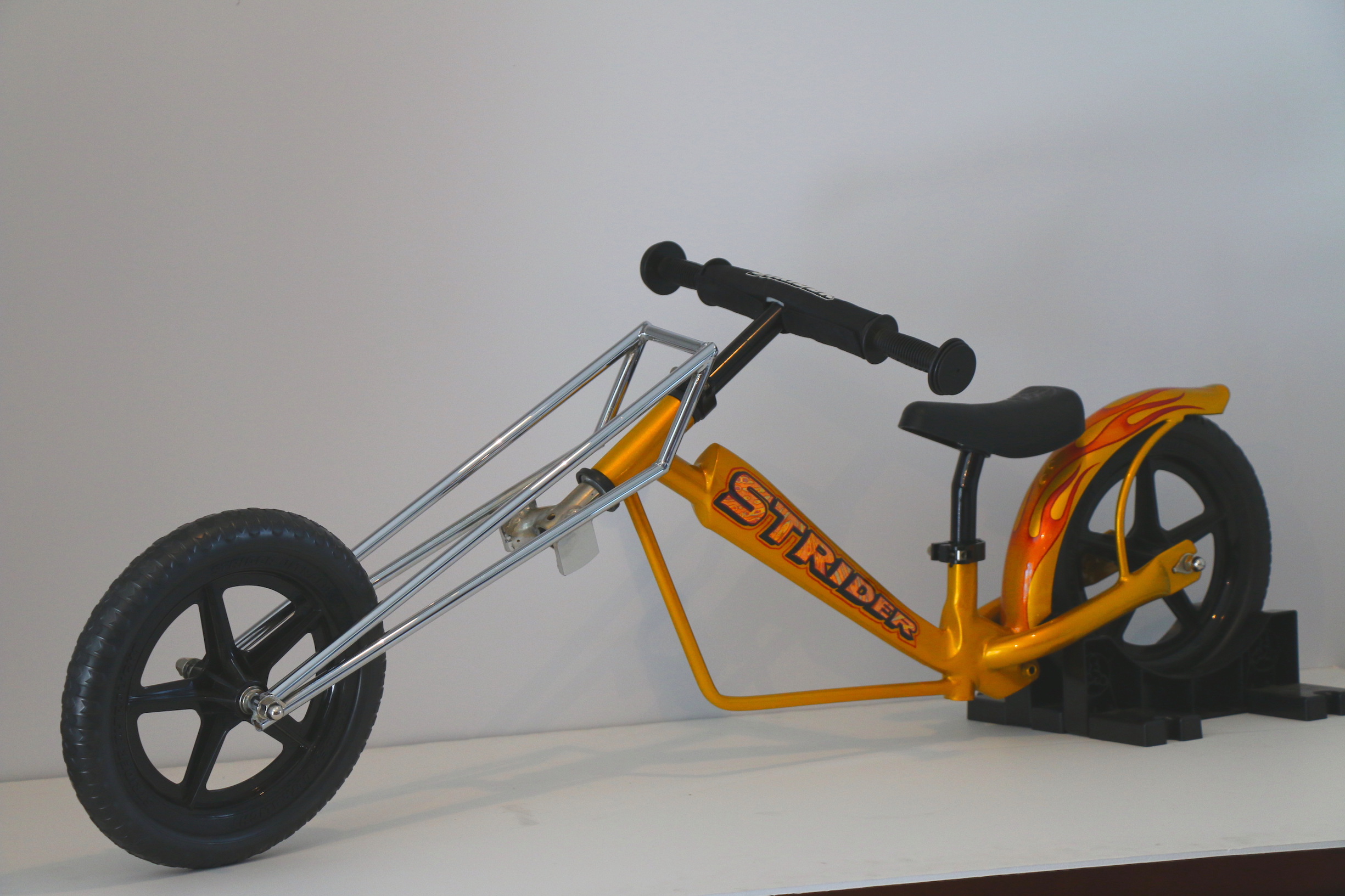 As for the tiny Strider Custom, the pressure was on to make it happen so Gilby resorted to his motto: “Never stop, never give up”. He and crew took to designing a Strider bike in the chopper style to honor his friend and colleague, Donnie Smith. He wanted the Strider custom to be fully functional and rideable and so every modification was considered in the overall design. When he cut the neck, the rake of the front end changed, tilting it forward. This resulted in a change in the swing arm position so he had to bend the seat post – all to ensure proper function. Gilby’s buddies at J &amp;B Plating chromed the handmade front end in just one day! Impressive to say the least. Gilby and his team did the lettering, gold leafing, pinstriping and paint, finishing off the custom Strider with a perfect clear coat, ultimately creating a tiny chopper that gets double-takes every time! 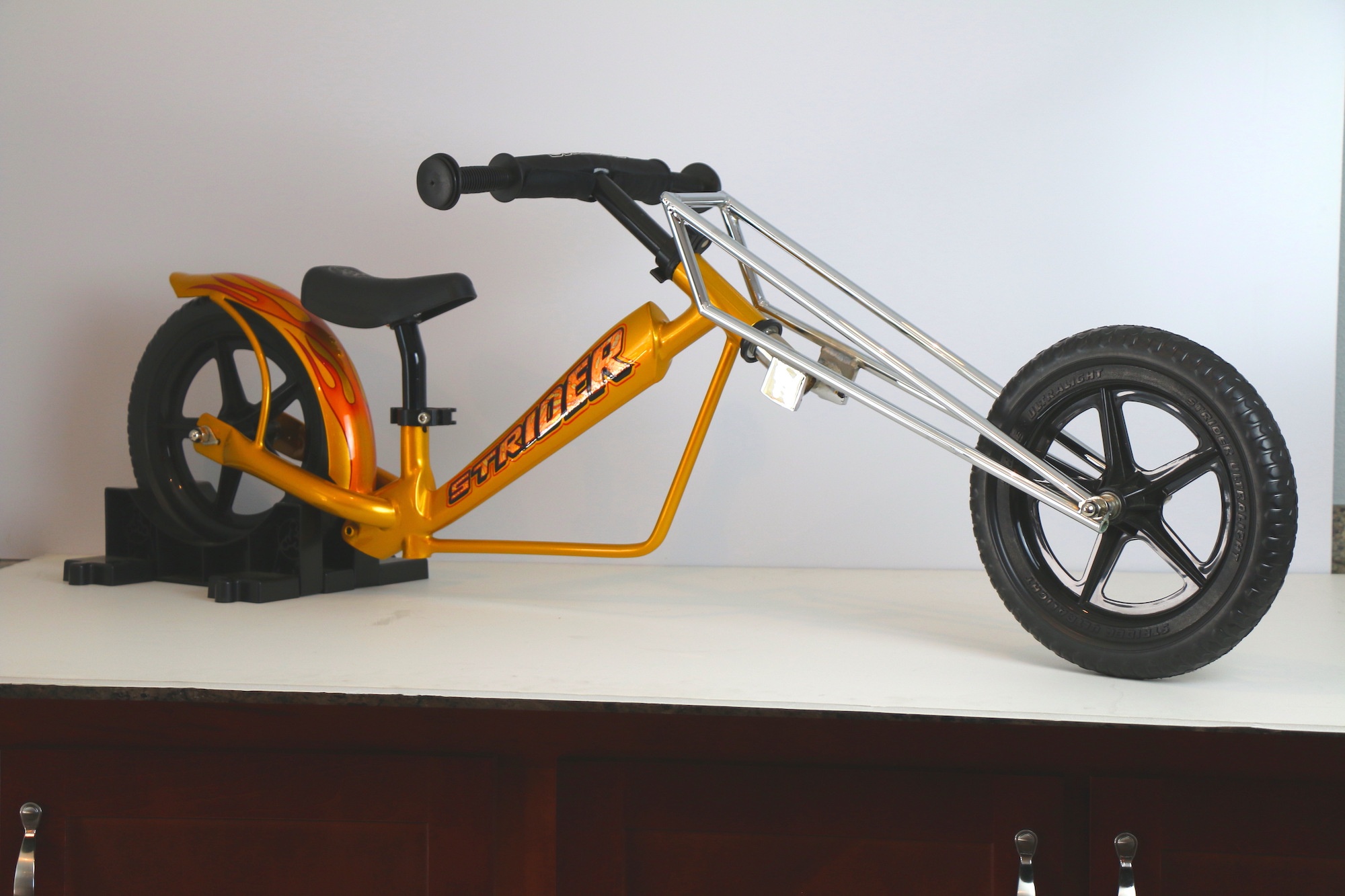 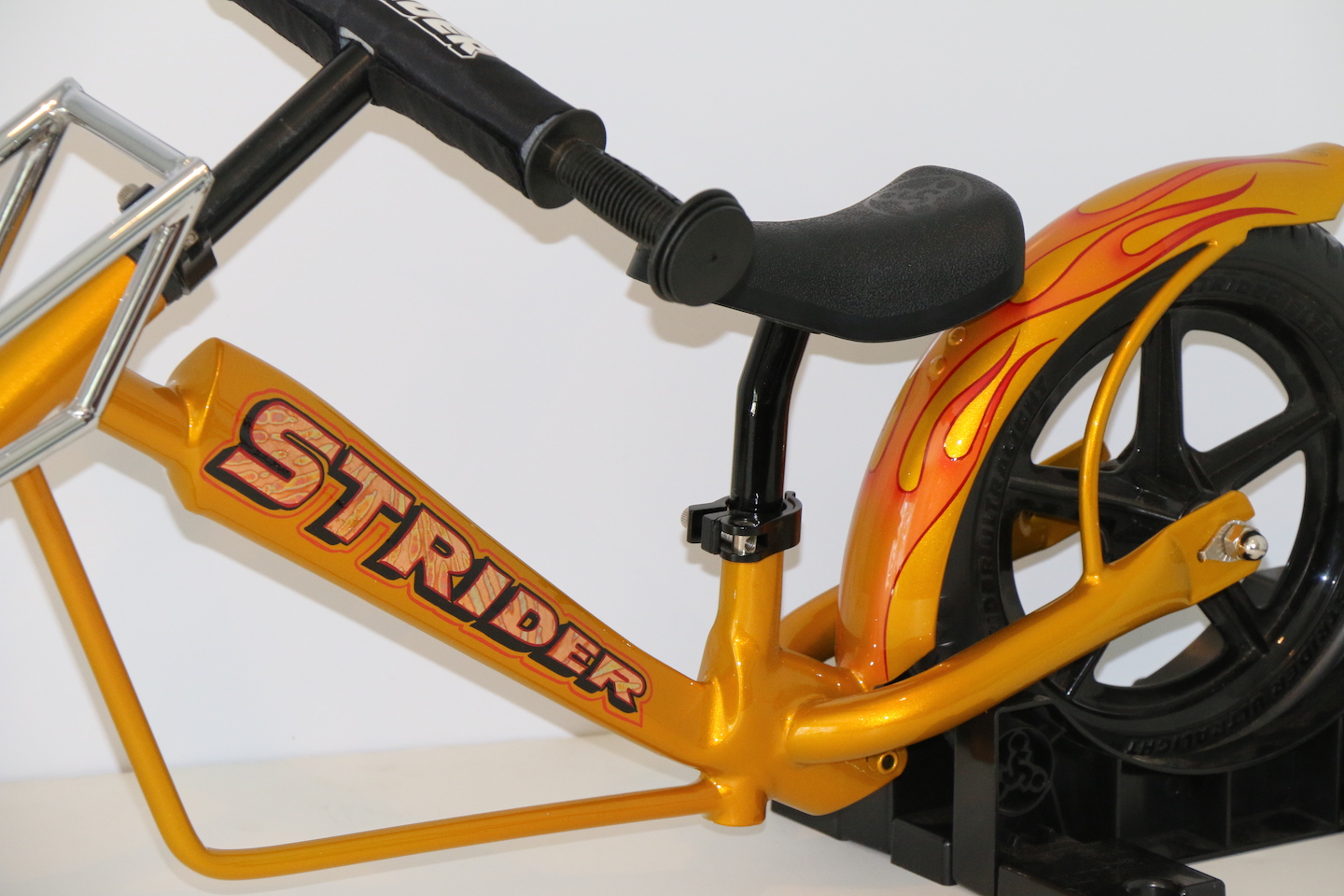 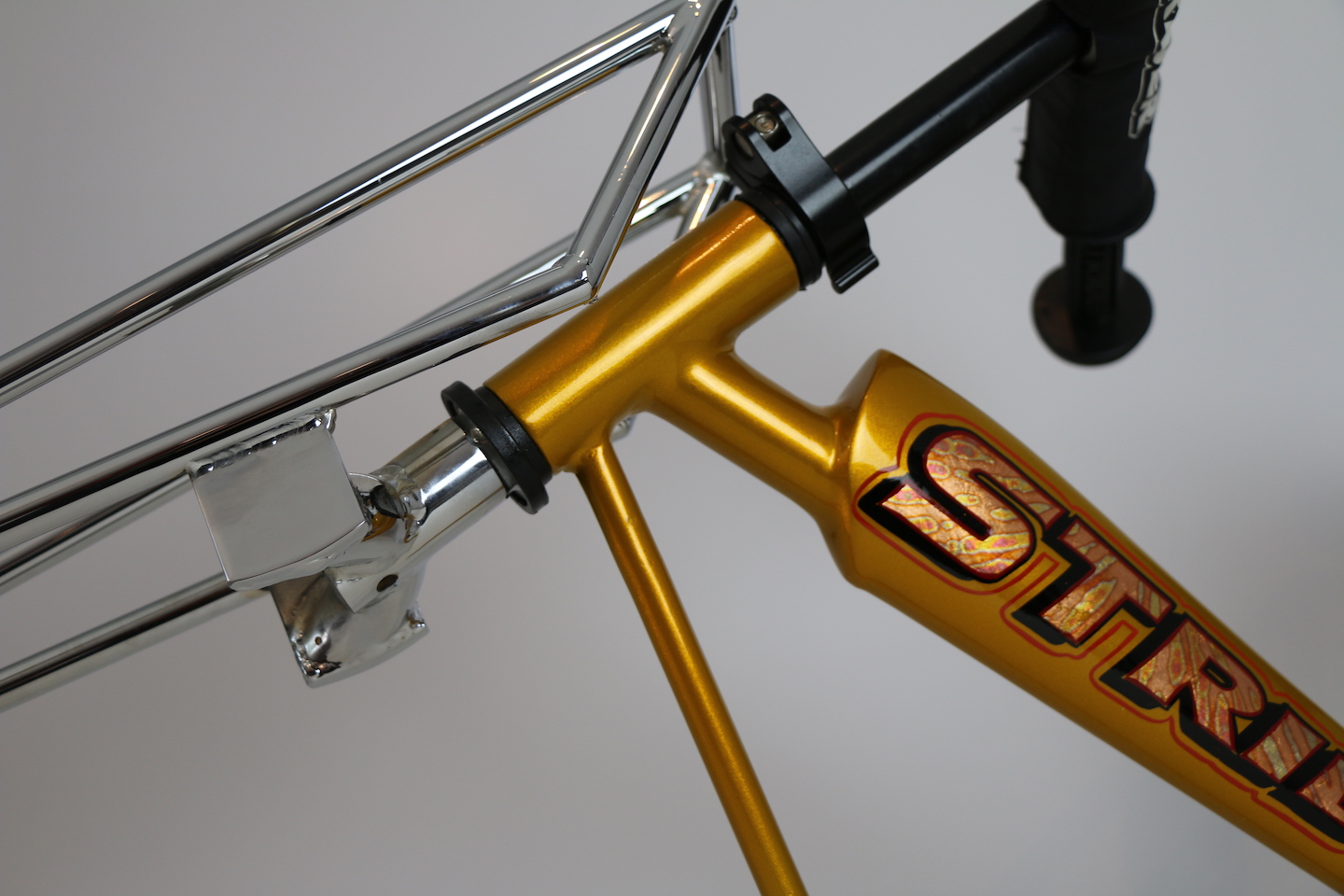 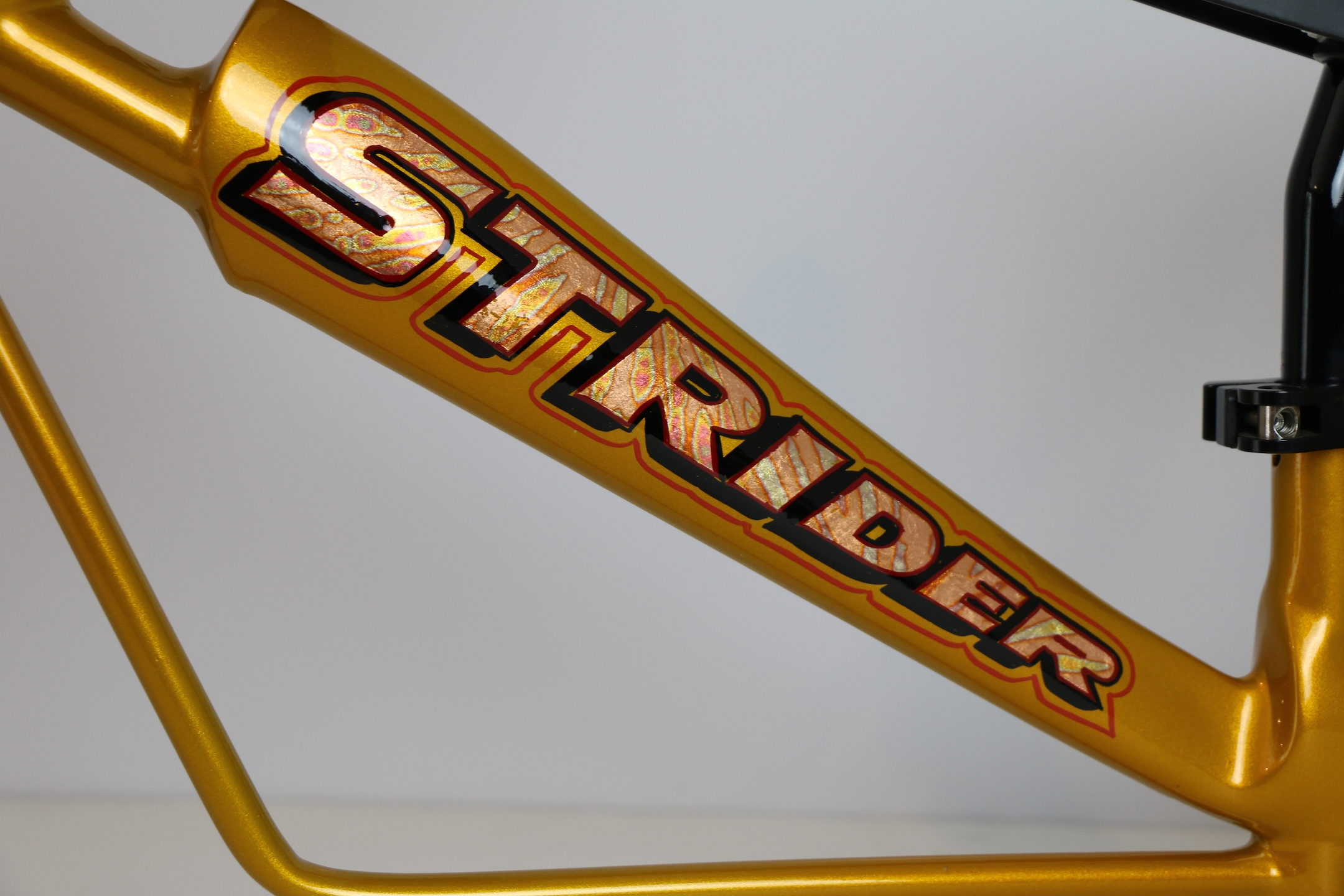 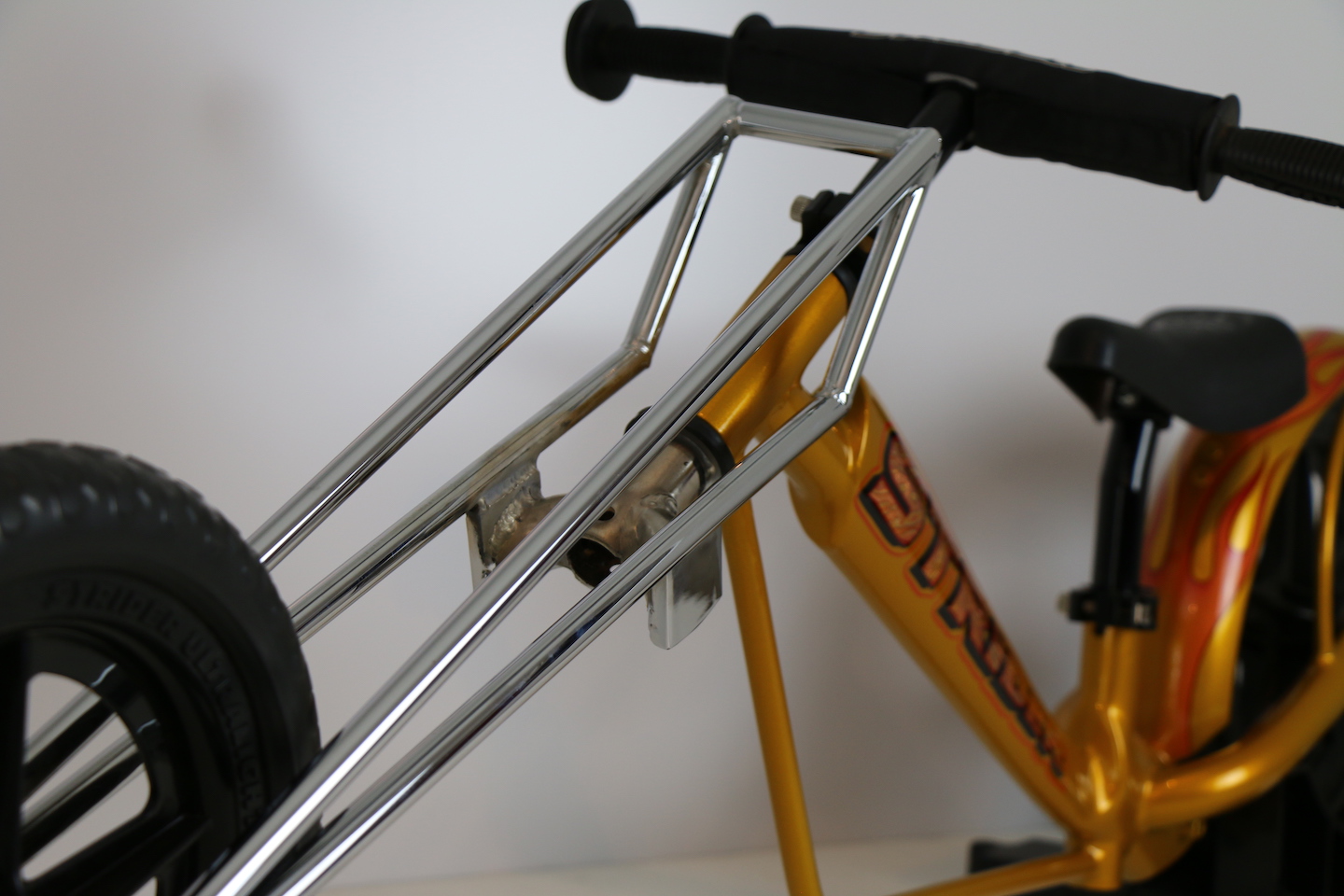 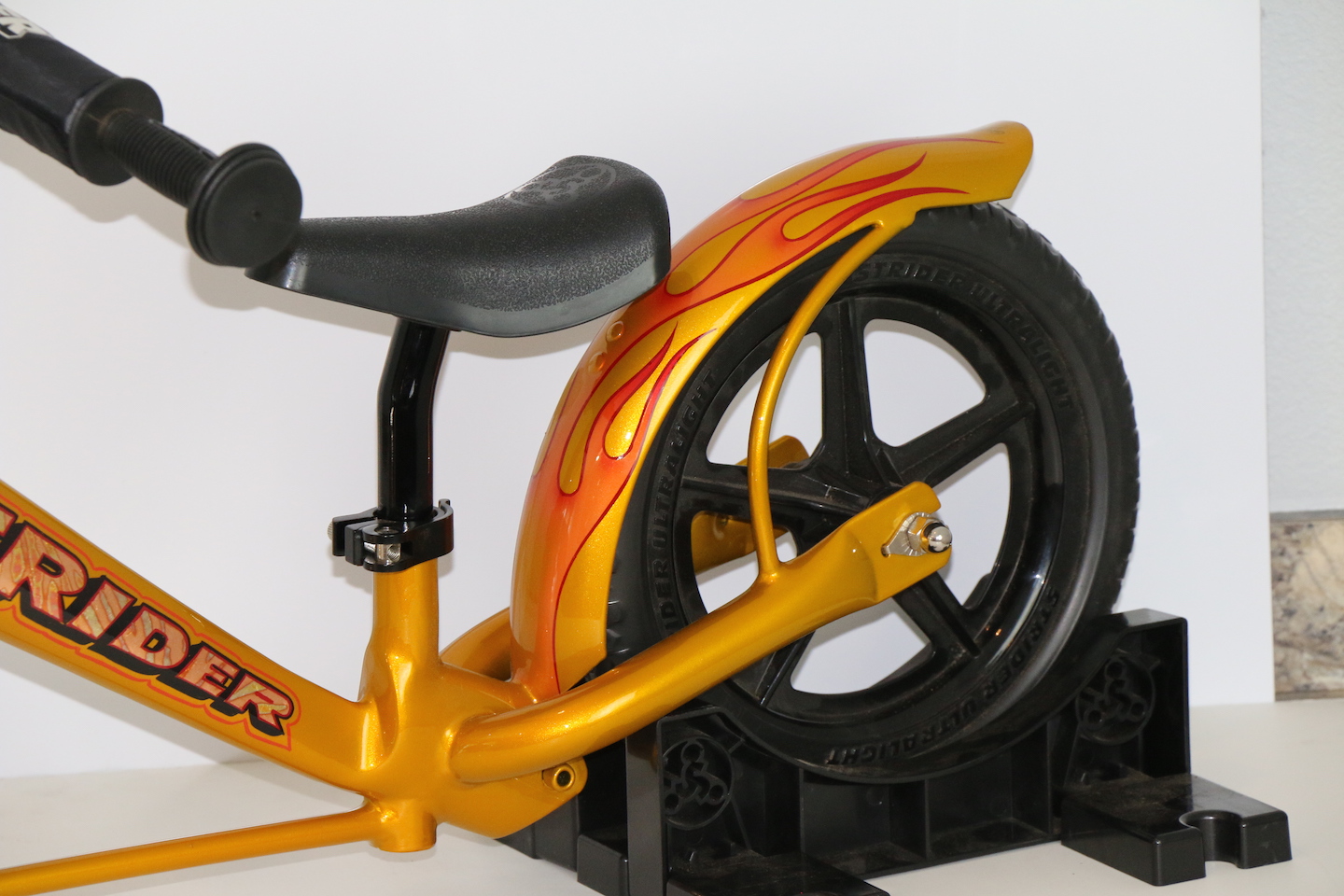