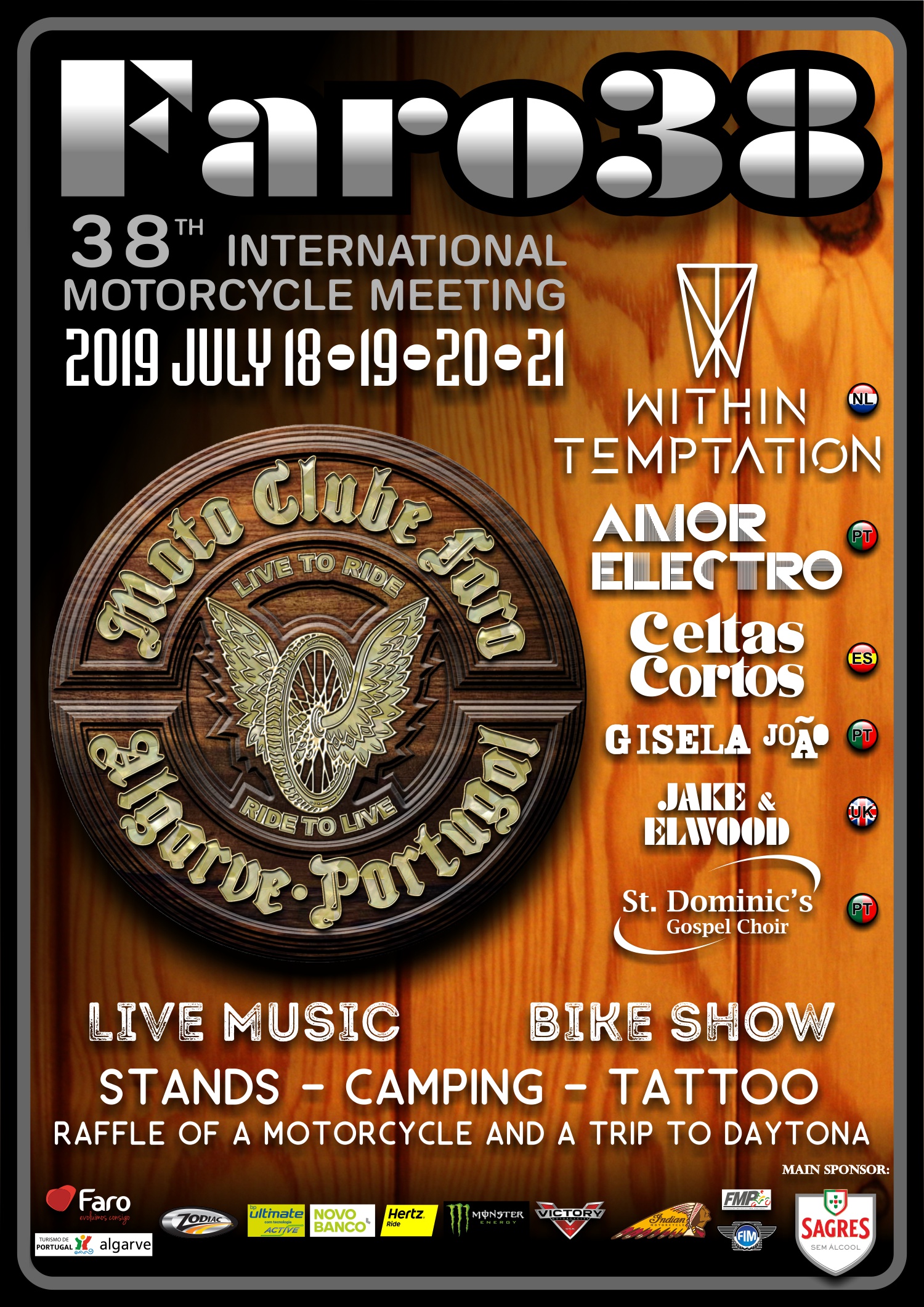 Where are you having your next summer holidays? (if it’s not at the Sturgis bike week of course!). 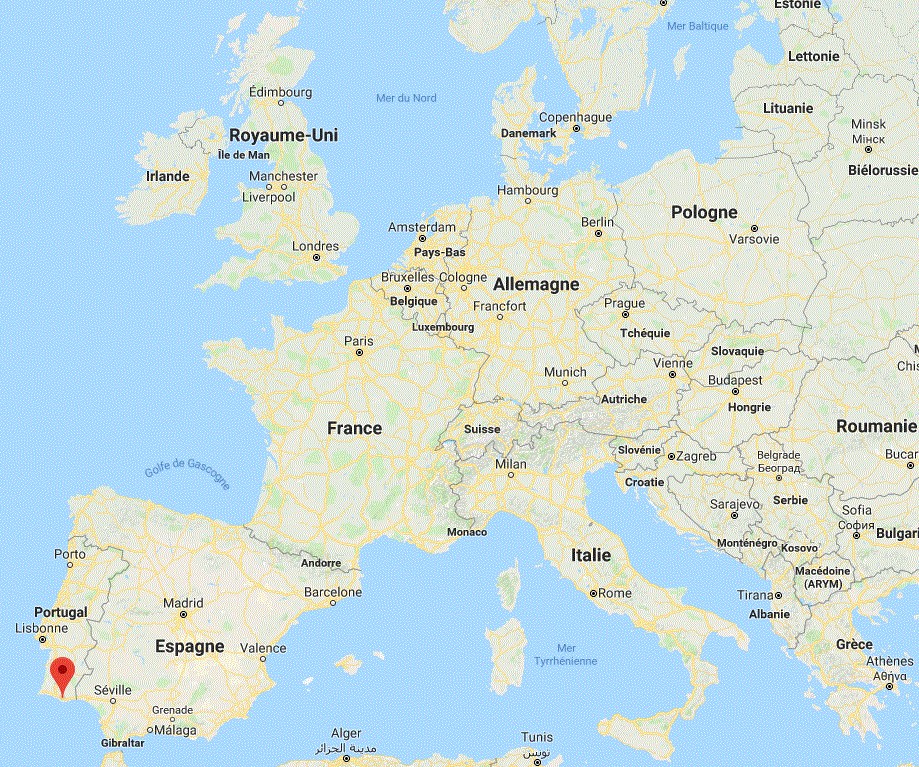 May I recommend you a fantastic place to go, with your motorcycle, in Europe, in the south of an amazing country named Portugal in the sunny city of FARO, county of ALGARVE ?! 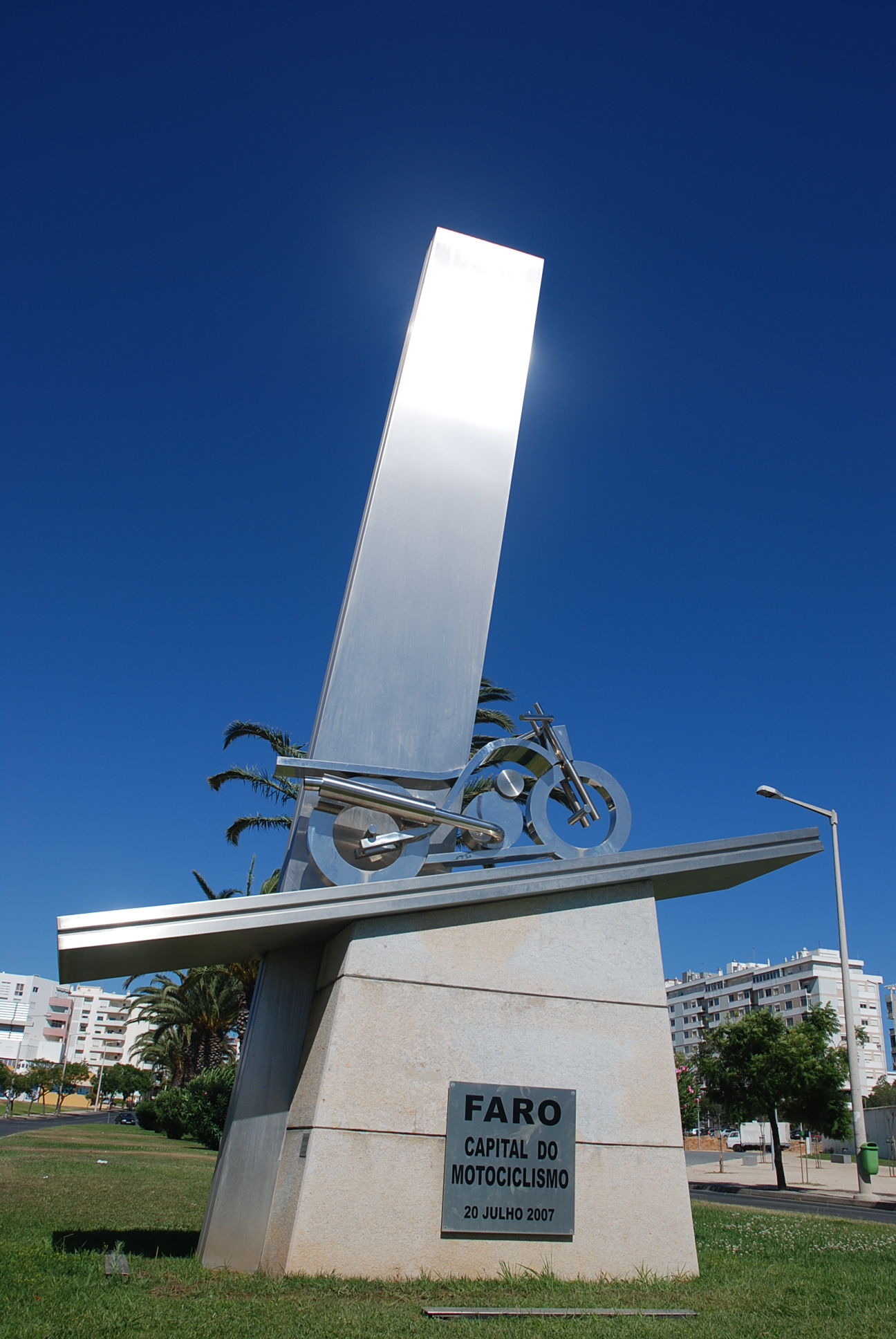 For sure, next July you should attend the motorcycle meeting of FARO which receives, from 18 to 21 July 2019 the 38th International Motorcycle Meeting.

Once a year, the little city of Faro, in the “south of the south of Europe”, is proud to be the European capital of thousands bikers. Once a year during the summertime the local club MOTO CLUBE FARO / MCF is organizing its international biker convention, attracting thousands of riders from all over the world. 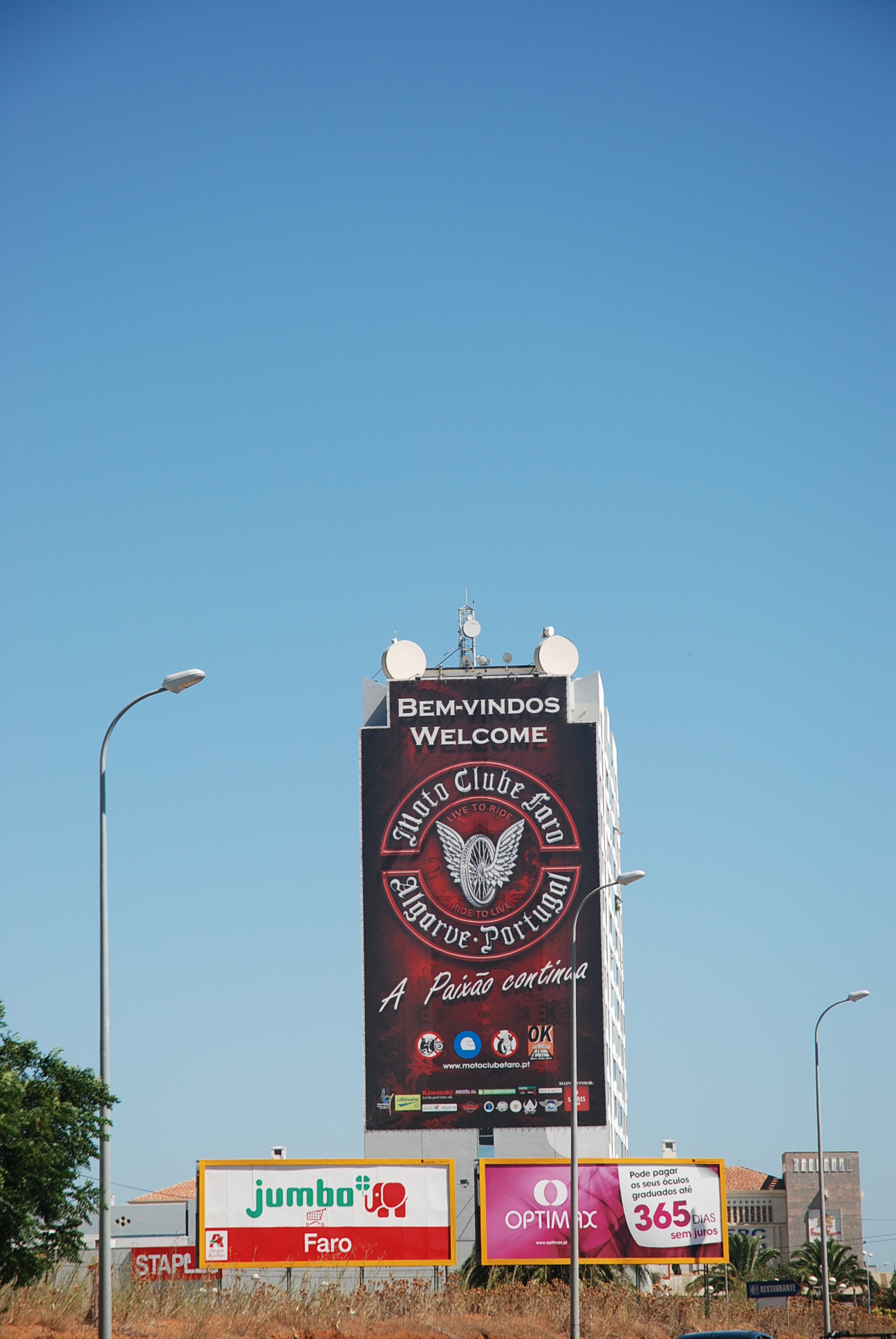 Its organizers say it is becoming harder to write about the concentration, is increased each year and every year the Moto Clube Faro finds it more difficult to organize an event that exceeds 30,000 people.

It’s a fact this event got bigger and bigger year after year in this country where it’s not so easy to buy a motorcycle which is expensive regarding the middle cost of life. 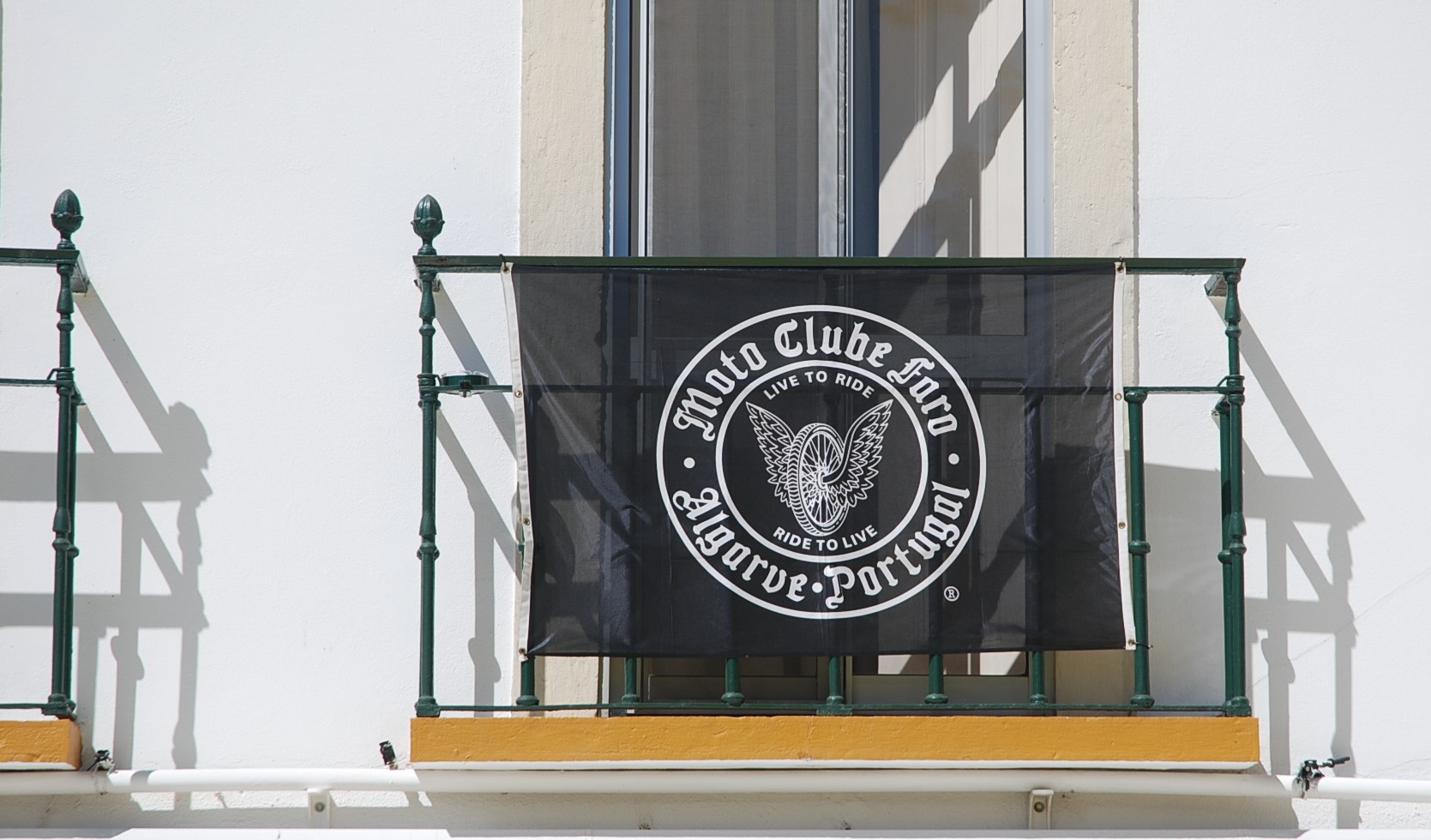 I was lucky enough to attend this meeting and I can testify you will meet one of the best ambiance you can get in the world, joining the Portuguese hospitality with the best weather you can get in Europe (don’t forget your sunscreen cream, the sun is really, really strong in this part of south Europe). 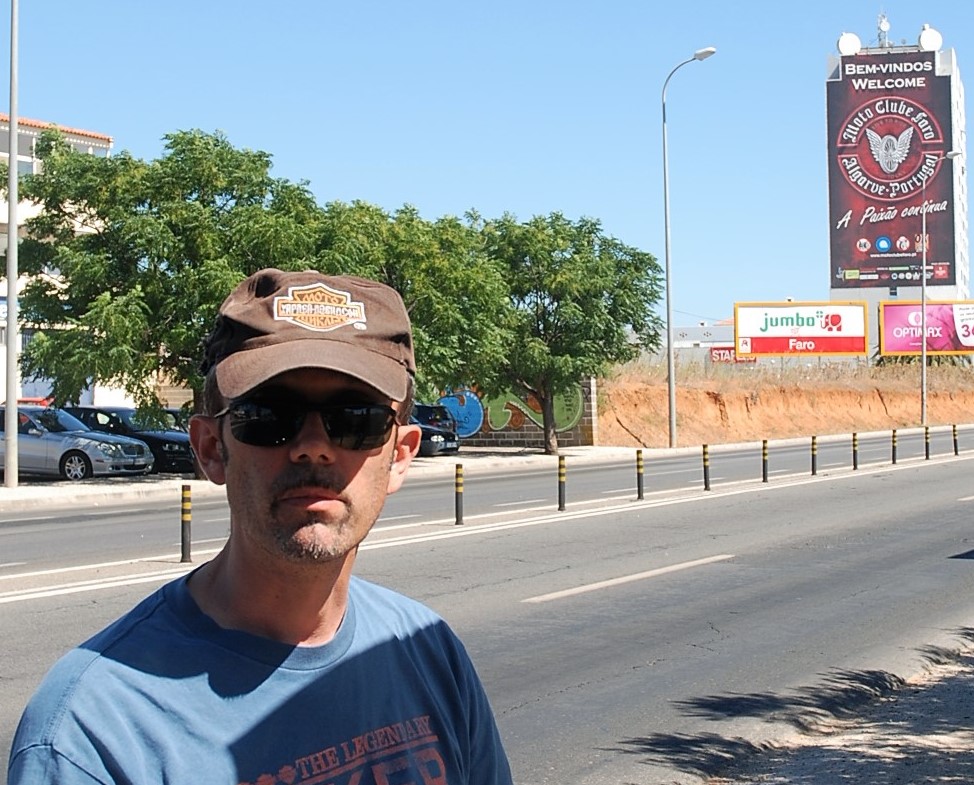 In 2018, close to 30,000 visitors passed through the massive set-up in Vale das Almas, on the fringes of Faro Airport (it was the 37th International Faro Bike Meet).
No serious incidents or fatalities involving bikers were reported in the vicinity of the event. A huge team of medical and security personnel was drafted in to aid the mammoth event, on-site, as it is every year. Police arrested nine people during this Rally (the majority of the arrests were for drink-driving and driving without a license). The place is really cool and safe.  It’s important to mention that local residents contribute to the success of this event with their hospitality and ability to join in. And of course, the event as an important achievement for the county’s economy and the region (so, every year, the Municipality congratulated Moto Clube de Faro / MCF). 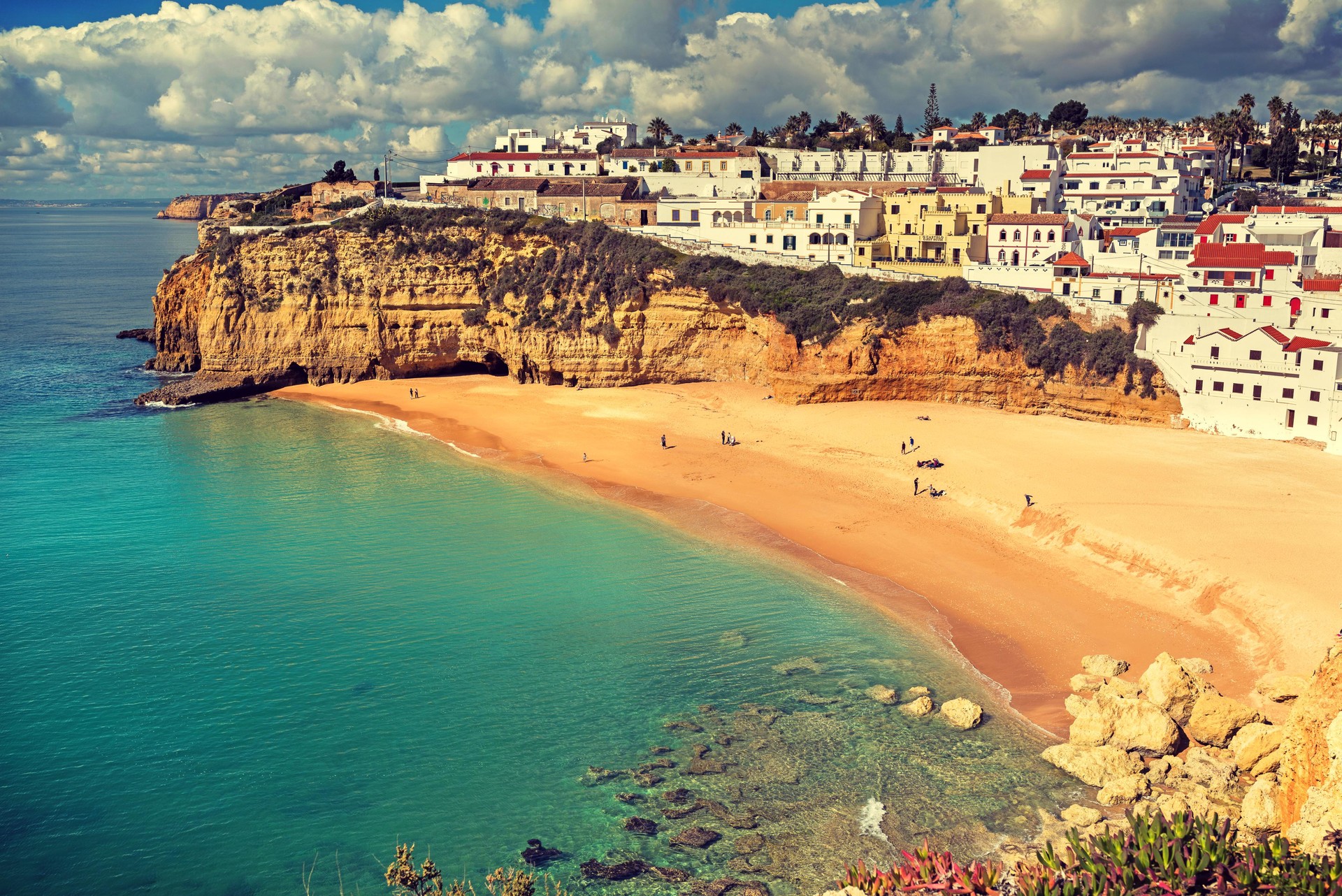 The atmosphere is the perfect mix of hospitality, good music, terrific weather and incredible views for riders passing through the Algarve region. Plus, the rally takes place just a few kilometers away from the sea where you can enjoy the best seafood in the region (surbeaches are not so amazing). These are the ingredients that have drawn thousands of bikers over the years, mainly from Portugal, Spain and the UK, but also from the Netherlands, France and Germany.” 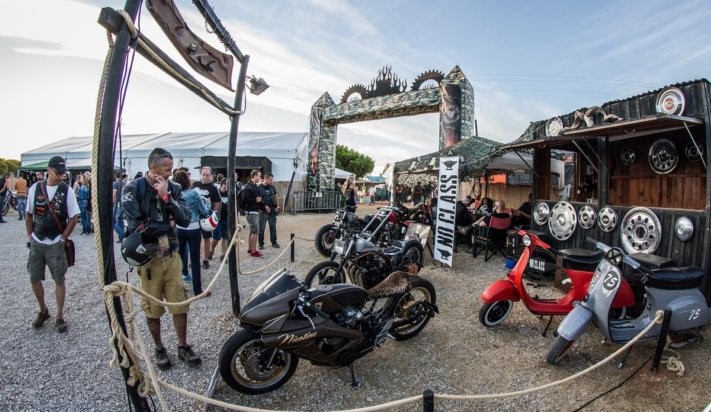 The rally itself is hosted on recreational grounds just north of the airport (co-ordinates 37 01’28.00”N, 7 58’38.00”W).
The entry price is around 45 Euros for all four days and includes coupons for free meals (attendees get an official goody bag containing a T-shirt, rally badge, sticker and draw tickets to win a new motorcycle and a week in Daytona). 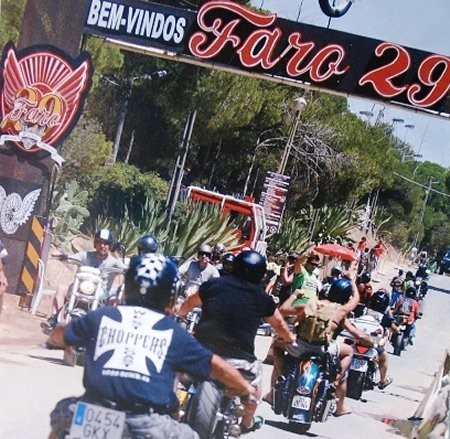 Founded in 1982, the Moto Clube Faro is the entity responsible for this organization that is one of the most mythical biker’s concentrations in Europe. Every year thousands of bikers roam to Algarve for a weekend full of concerts, performances, exhibitions, among many other activities amusing activities. 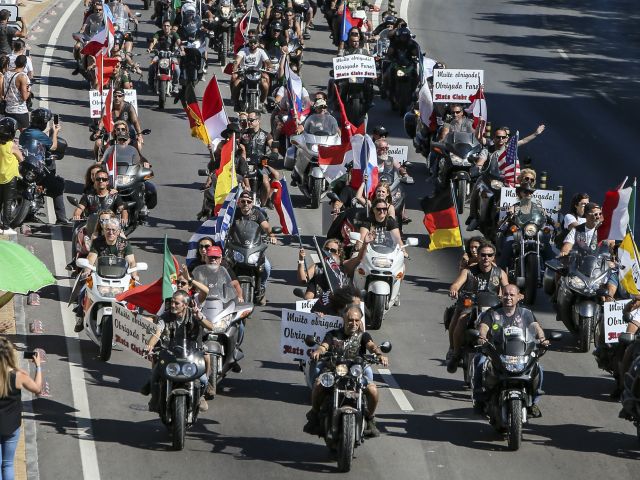 One of the characteristic of this rally is that, of course, you have many V-Twins engines but many “personal custom bikes” sometimes very surprising. 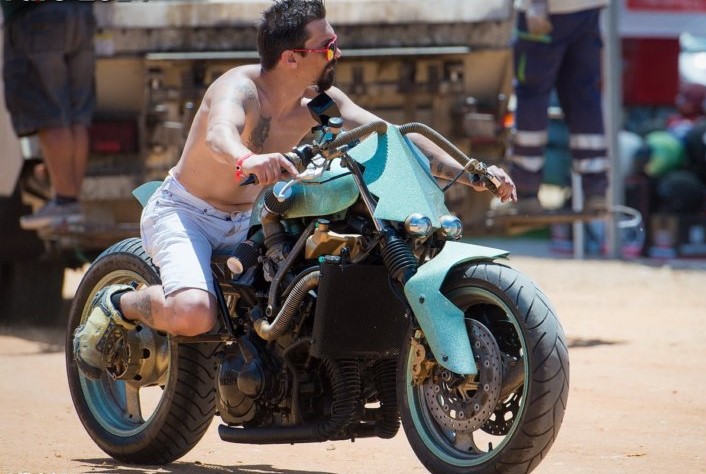 It’s here, in FARO, I’ve seen the most surprising motorcycle ever … 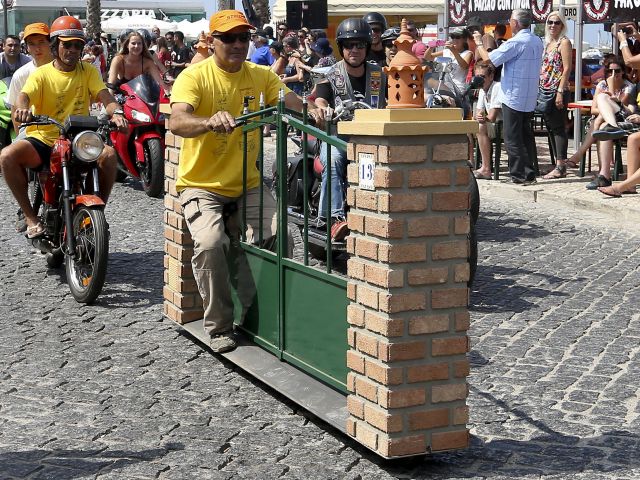 The Portuguese have the reputation of being the best masons in Europe ; it’s now clear that it’s not a legend.

So, this summer come to FARO for one weeks of great fun, hard sun, amazing rides in the Algarve county and meet crazy bikers from all over Europe.

See you in Portugal!!