April 20, 2018 – Austin TX – Joe Mielke of Snap-Fab in Tulare, South Dakota reveals “Stella’s Mettle” at the Handbuilt Show in Austin TX today. The 1946 Indian Chief is modified with hand-formed custom bodywork and details that reflect a post-war influence. Part “Rocketeer” and part cafe bike, Stella’s Mettle is primarily is inspired by the mechanics an  aircrews from WWII England; the men and women who kept warbirds in the air through innovation, hard work and sheer grit. 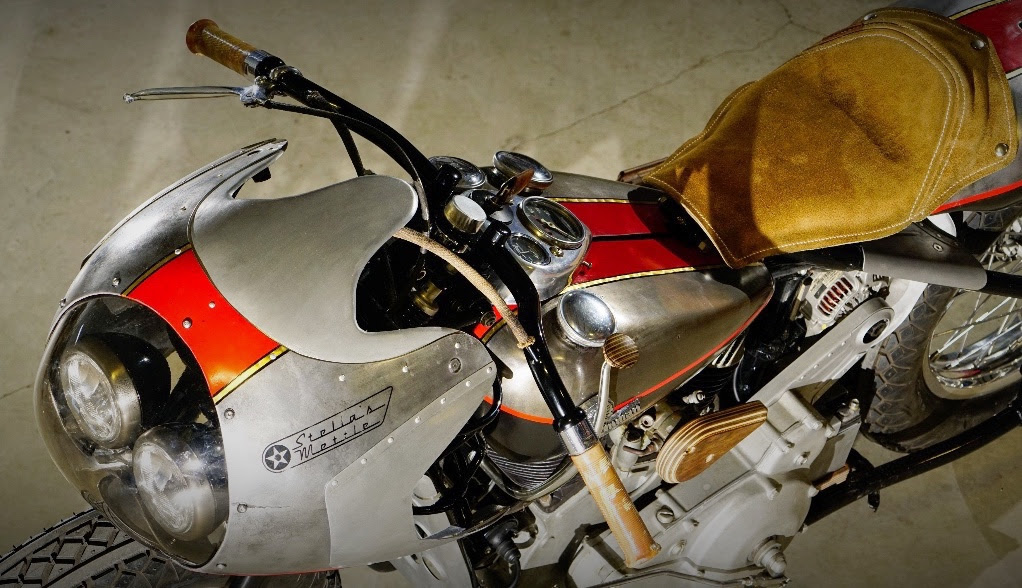 Based on a stock 1946 Indian Chief chassis, the iconic motorcycle’s profile is significantly changed from the familiar fat-tired and skirted-fender look coming out of Springfield Mass in the 40’s and 50’s. Powered by a completely rebuilt 1947 Indian Chief engine with extra tall gearing, the motorcycle was designed to bring in elements from the 1940’s, 1950’s, the British motorcycle racing tradition and the materials and processes needed to keep combat-weary aircraft flying. “Stella’s Mettle” is inspired by popular female names at the end of WWII, and the tenacity needed at the end of the conflict. 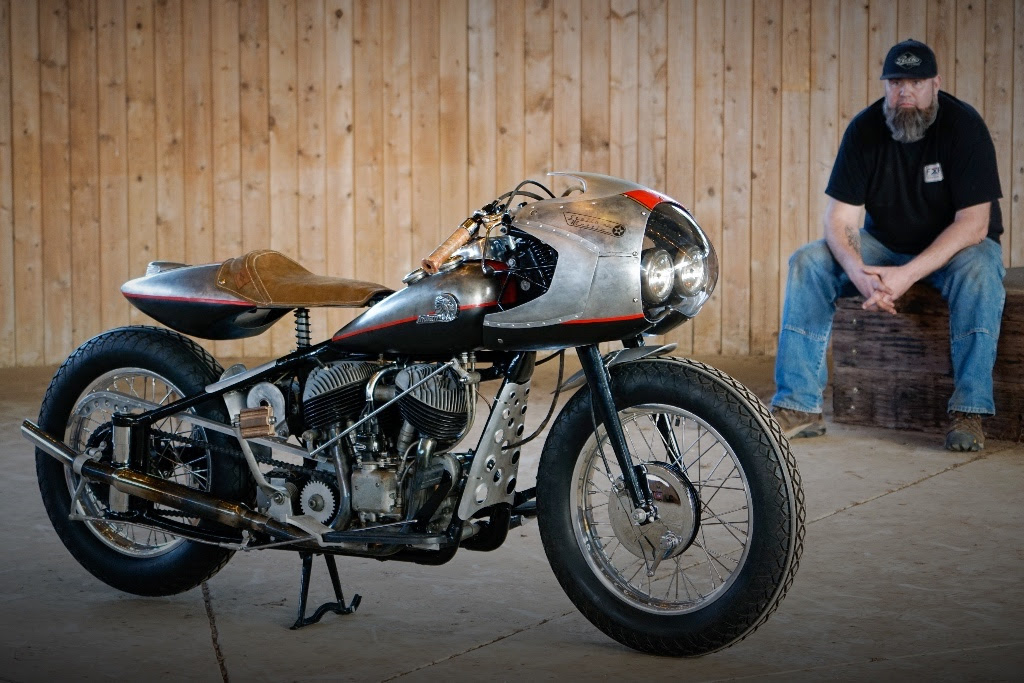 Snap-Fab is not only a custom fabrication shop, but develops and sells a variety of hand-made shaping mallets, shot-bags and other products for metal shapers and fabricators. The materials used in those products are sprinkled throughout the build, including  items such as a custom shift knob, leather battery strap, and leather seat cut and sewn by Mielke’s father, Dan. Aircraft rivets, die-cut lightening holes and braces and bead-rolled stiffness was added throughout the build. 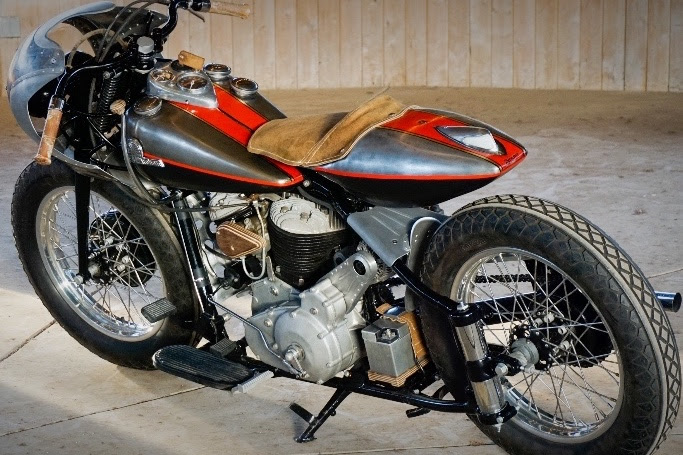 “The big thing was to keep the ride-ability and integrity of the stock chassis, but completely change the look of the bike both from the side profile and from the top view.” says Joe Mielke of Snap-Fab. “Vintage motorcycles have their own challenges regarding function, assembly and service access, so keeping the bike exposed but building just enough bodywork to really change the look was the goal. I’m pretty happy with the end result.”

The motorcycle makes it’s debut at the Handbuilt Show in Austin Texas this weekend, and will be displayed along with 100 other builders creations. The Handbuilt Show has grown in tho a significant international custom show includes of many types of motorcycles including American, vintage, cafe, scrambler etc. A new venue this year allows for even better access to the show, and is right in the heart of downtown Austin next to the legendary “Bat bridge” on Congress Ave. Easier access and plentiful motorcycle parking will see even more enthusiasts enjoy the show produced by Revival Motorcycles during the only Moto GP weekend in the US.

Commissioned by SpokesPeople LLC owner and founder ofwww.MotoGiveAShift.com Robert Pandya, the project started as a rolling chassis only. “The bike landed into my life looking like a stripped down bobber with taller than stock rims, and only a gas tank,” says Pandya. “I found an engine and drivetrain that hand been completely rebuilt in the summer of 2016. Joe got the bike soon after the holidays and did an amazing job building on my vague vision. I love that some people will not get it – and other will – but I absolutely love the bike and look forward to riding it for years to come.”

The paint work was laid on by Sean Starr of Starr Custom Paint near Ft Worth Texas. With a specific intention to keep Joe’s hand-formed nature of the body visible, layers of clear still allow tooling marks and the artifacts of construction to show through. The end result is many textures, and finishes that pay off as a viewer gets closer to the bike, and to perhaps inspire others to start bringing their own metal. 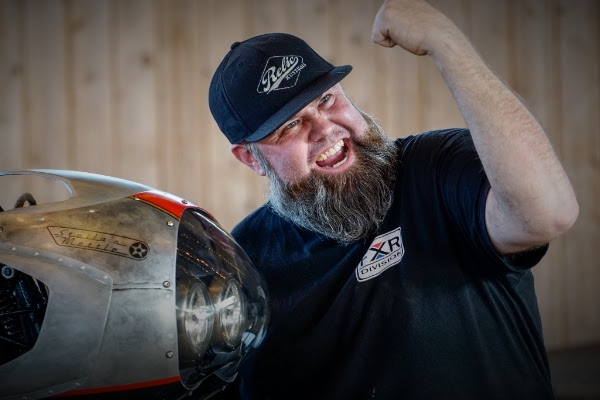 Additional images of Stella’s Mettle can be found here: Hightail

Information for the Handbuilt Show is here: www.RevivalCycles.com

Joe Mielke and his products are available through www.Snap-Fab.com

Sean Starr can be contacted through www.StarrKustomPaint.com

Robert Pandya can be contacted through www.MotoGiveAShift.com