When I met up with Gerald Rinehart at his new facility in Fletcher, North Carolina, I commented on its size and apparent capacity. But Gerald shook his head. “You know, Marilyn,” he said sounding oddly like Roy Scheider in the original Jaws, “We’re gonna need a bigger building.”

If this is any indication of Rinehart Racing’s recent growth—and apparently it is—we can all expect this trend to continue unabated. See, along with the new building came a new business configuration, one that has altered how Rinehart systems are manufactured, where components are sourced, and how the company operates. But more on that in a minute.

Rinehart exhaust systems and mufflers have been made in the U.S.A. from the very start, and you’d expect nothing else from company founder Gerald Rinehart. In the first place, every system bears his name, a fact he’s both proud and intensely protective of. “It’s my reputation on the line,” he said. “If you think about it, your name is the only thing that really matters.”

Secondly, Rinehart’s go-fast engineering savvy is grounded in grass roots, down home NASCAR racing, a sport with a git ‘er done mentality that doesn’t suffer fools or bother with flights of fancy; all that counts is winning. And that gets to the third component: a fierce competitive spirit that won’t be squelched. “We’re just gonna keep working harder to be better than everyone else,” said Gerald. Don’t be fooled by his casual attitude; he means it. 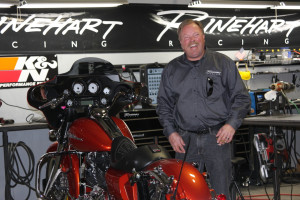 Rinehart Racing began with a simple home shop and a small staff in 1988. After several years of working and winning on four wheels, Statesville, NC’s Don Tilley of Tilley H-D asked Gerald to produce an exhaust system for one of his race bikes—and that changed everything. Rinehart Racing originally followed a business model that centered mainly on design and distribution, until Gerald Rinehart took back control of his name—and his product line—in 2009. An office was established near home in Asheville, NC, and the hunt began for a larger facility. The building in Fletcher has allowed the company to assemble and package products in house, as opposed to depending on outside sources. It includes offices, a picking area, shipping and receiving, and assembly lines.

“It helps us keep much better control not only of timeliness but more importantly of quality,” said VP of Supply Chain, Edwin Robling.

Shop Floor Manager Allen Reid agrees. “We have stringent quality standards. As we assemble components they’re inspected no less than three times each,” he said. “We’re looking at the finish of the chrome, the fitment, everything, all in an effort to reduce the incidence of a bad system ever leaving here.”

In the past they counted on tier one suppliers for quality inspections. “Now we have control over it all,” said Gerald.

One example of how this new process has improved the product and its delivery time concerns hardware. Where once another company provided the hardware pre-packaged specifically for each system, now US-made hardware is purchased by the piece and gathered into sets in house. A simple but effective system for assembling the packages, borrowed from the pharmaceutical industry, was implemented at the new facility that saves time and virtually eliminates errors. It affects cost, too.

“Being close to suppliers gives us flexibility,” said Edwin. “When your supply base is overseas there are communication barriers, there are shipping barriers. And you have to deal with customs, which slows everything down.”

“Overseas suppliers were never an option for us,” said Gerald. “With domestic regional sourcing some of our suppliers are close enough to drive up small batches of parts in the same day to keep orders moving.” Better communication with suppliers also affects quality because you form working partnerships.

The ripple effects of regional sourcing also result in a boost in productivity for a number of small area manufacturers and new jobs at some companies, including Rinehart’s own location. That’s all good. An exhaust system can include from 40 to 45 pieces once you add the hardware, and with mufflers and complete systems rolling off the loading dock at up to several hundred per day, that has economic impact. It goes without saying that those 40 to 45 parts and pieces are made in the USA but I’ll say it anyway: every one of them is. And though everyone at Rinehart seems way too affable to ever take an attitude, increasing demand for the company’s product means that smart suppliers cater to Rinehart. For example, “We don’t follow the standards for chrome plating,” said Gerald. “We have our own proprietary specs, and that’s what our supplier provides.”

The best part of the expansion from Gerald’s point of view is that he can get back to what he likes best; R&D and new product testing. “When I was in [NASCAR] r

acing, I knew I could out perform the competition, but after you do that, the next year you have to out run yourself. That’s the performance market.”

“I think of it this way,” he added. “All the years doing the race stuff, the quality had to be second to none. No compromise. In those days I was building one set at a time, by hand. It’s different now, when you’re talking about the quantities we’re doing here, but my feeling is the same.”

So just to be clear; what portion of a set of Rineharts is made in the USA? 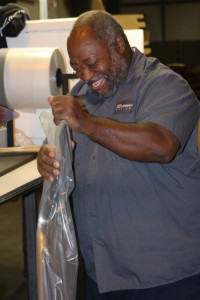 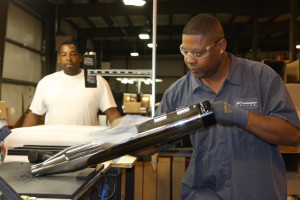 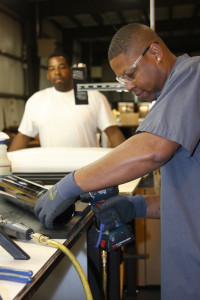 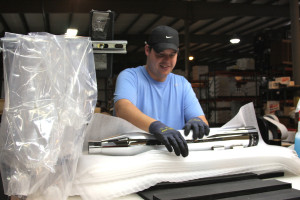 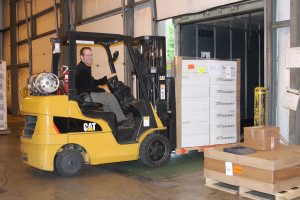 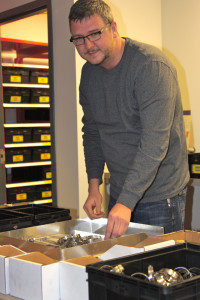 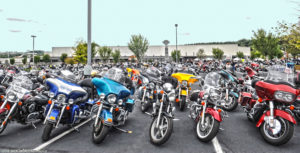 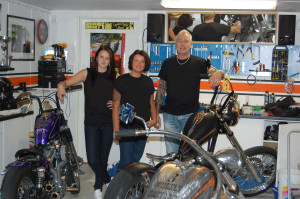 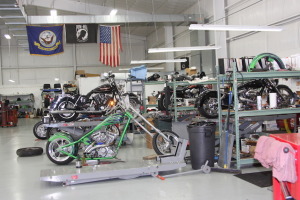