Vassar will rock the stage just prior to Lynyrd Skynyrd’s farewell performance and The Flaunt Girls are set to pull out all of the stops at “The Best Party Anywhere!®”

Sturgis, SD –  It’ll be “Just Another Day in Paradise” when Phil Vassar, one of the most recognized singer/songwriters in Nashville, takes the Buffalo Chip’s Wolfman Jack Stage on Monday, Aug. 6 just prior to a performance by the Chip’s self-proclaimed house band, Lynyrd Skynyrd. See the announcement video here:  https://youtu.be/OT4JE7ASN_g

“Vassar churns out infectious, feel-good melodies that capture the heart and soul,” said Rod Woodruff, President of the Sturgis Buffalo Chip. “He’s sure to bring ‘The Best Party Anywhere!’ to its feet. His music is the perfect backdrop for a summer music festival not soon forgotten.” 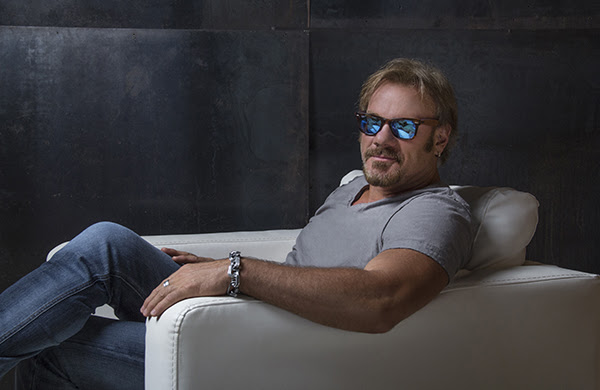 As a singer/songwriter, Phil has hit the Top 5 seven times with songs like “Carlene,” “Last Day of My Life” and “American Child” and topped the charts with “In A Real Love” and the perennial favorite “Just Another Day in Paradise.” Known as one of Nashville’s top tunesmiths, his songs other artists have taken to #1 include “My Next Thirty Years” by Tim McGraw, “She’s Right On The Money” by Alan Jackson, and Jo

Dee Messina’s “Bye, Bye” and “I’m Alright.” New artist David Nail had a hit with Phil’s “The Sound of a Million Dreams,” which Billboard named the #1 song in their Top 10 Country Songs of 2012.

Lynyrd Skynyrd is bringing their “Last of The Street Survivors’ Farewell Tour” to the Chip to offer fans a proper goodbye. One of the longest standing Buffalo Chip traditions includes feeling the amphitheater shake with the roar of V-twins while hearing Lynyrd Skynyrd’s “Free Bird” blast through the main stage speakers. The Rock and Roll Hall of Famers will bring their hits home to the Wolfman Jack Stage on Monday, Aug. 6.

The Flaunt Girls Pull Out All of the Stops

Part dance, part cirque, and 100% tease – The Flaunt Girls’ shows at the Chip will be the ones you will never forget with burlesque dancing, fire drumming, aerial bartending and a whole lot more. Catch them on the Wolfman Jack Stage opening for Pop Evil on Friday, Aug. 3 and for Chevelle and Queensrÿche on Saturday, Aug. 11 and on the Kinison Stage all of the nights in between.

Admission pass prices for the Best Party Anywhere will never be lower. More information and reservations are available at BuffaloChip.com

About the Sturgis Buffalo Chip
The Sturgis Buffalo Chip® is the Largest Music Festival in Motorcycling®. It is the world’s first and leading entertainment destination for the motorcycle enthusiast and South Dakota Excellence in Tourism Innovation award winner. Since 1981, the venue’s high-profile, nine-day festival, known as The Best Party Anywhere®, remains one of the world’s most televised and longest running independent music festivals. Located three miles east of Sturgis, SD on 600 creek-fed acres, it offers six stages of entertainment, a swimming hole, bars, mouth-watering food, showers, cabins, RVs, camping and more to visitors traveling from all corners of the world. The Chip’s concerts and races are free with camping. The 2018 Motorcycles as Art exhibit, “Passion Built – Garage to Gallery” curated by Michael Lichter, numerous bike and stunt shows and all shopping, live music and events at the CrossRoads are free and open to the public. More details are available at www.BuffaloChip.com.