Tyler Malinky, founder and CEO of Lowbrow Customs, has successfully reclaimed a land speed record on his 1955 Triumph motorcycle. Starting his land speed racing career in 2010, he has set record speeds in five different classes, including the A-VG 750 record back in 2011. “It feels great to set a goal and then accomplish it, especially when that goal is difficult to achieve, such as a land speed record,” said Malinky. 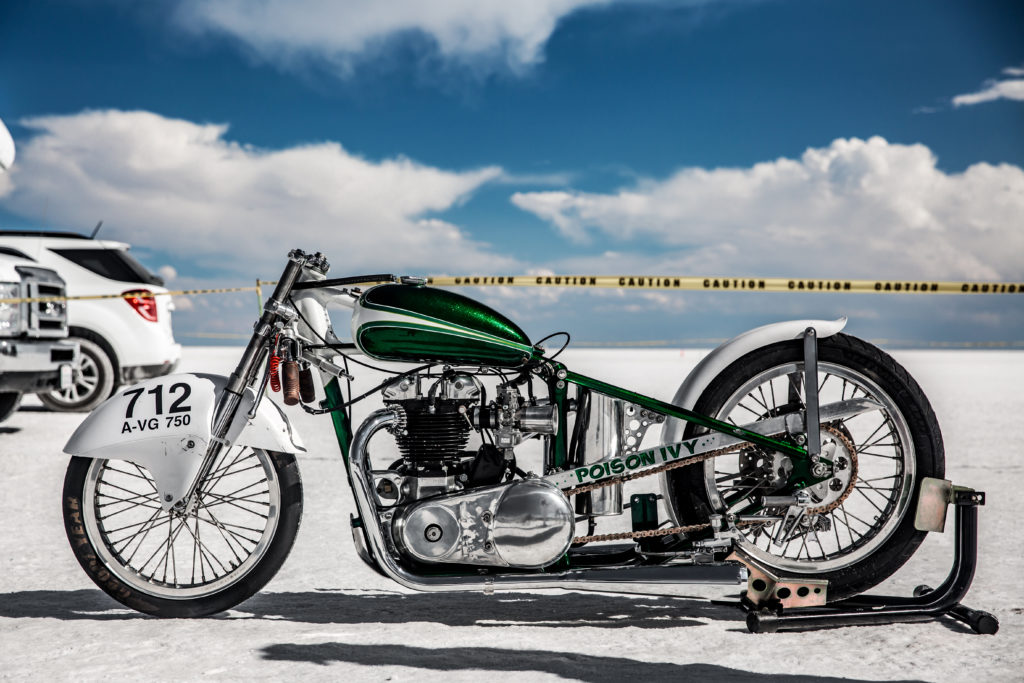 The new record is 124.593 mph on his 1955 Triumph, which was originally only 33 horsepower at the crankshaft. Malinky’s custom-built race bike ‘Poison Ivy’ touts almost double the power and torque of the original. “Going fast is fun no matter what, but taking something slow and making it go faster than it should is what I enjoy,” said Malinky, “especially when I built it in my home garage out of swap meet junk, tubing and sheet metal.” The prior record, just over 1 mph slower, was set at Bonneville Speed Week in 2016 by the Cheetah race team out of Switzerland on a 1950’s Triumph motorcycle with a speed of 123.534 mph. They had increased the record from the 117.108 mph speed set on Poison Ivy by Malinky back in 2011.

“We’ll be back on the Salt in 2018 with Poison Ivy to bump up the speeds on this new gas record and try and take the fuel record as well” said Malinky, not missing a beat, “The real competition is between myself, my bike and the salt flats. The trouble with speed is that once you get going, you always want more.”