The American Bad Ass is bringing the “Greatest Show on Earth” to the Buffalo Chip in 2018. 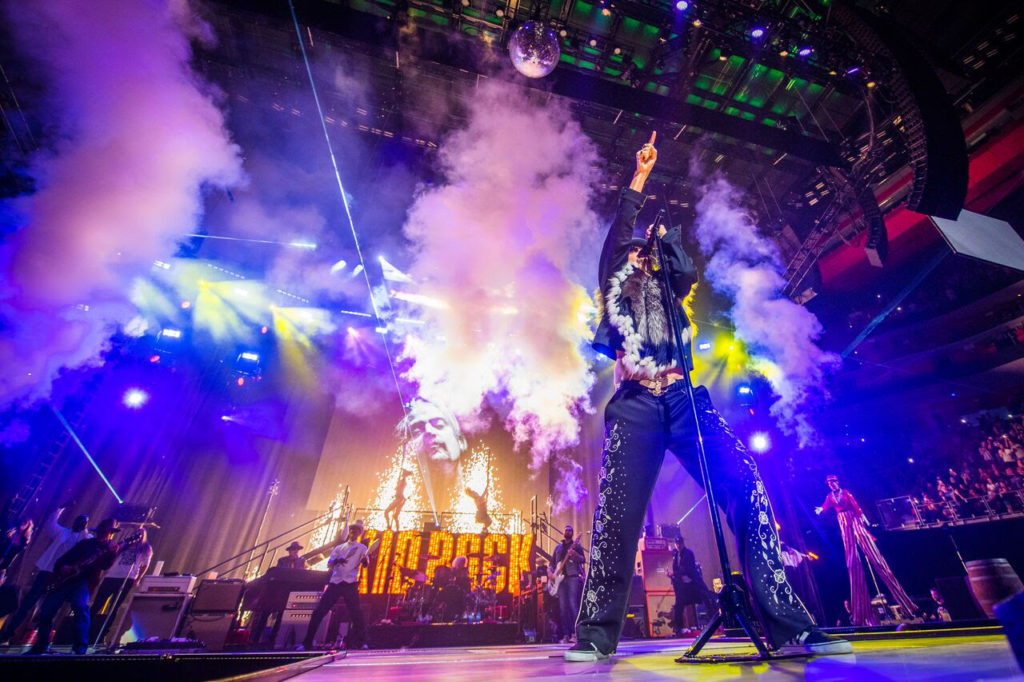 Sturgis, SD – The Sturgis Buffalo Chip is riding right to the top of its fans’ wish list with the announcement of the great “American Bad Ass,” Kid Rock. Rock will be returning for a hard-hitting, hit-heavy bash at the Buffalo Chip on Thursday, Aug. 9, 2018, just one night after country music star Eric Church takes the same stage. Watch the official announcement video that shares some crazy stories from Rock’s past Chip performances here: http://bit.ly/1kQuT71. 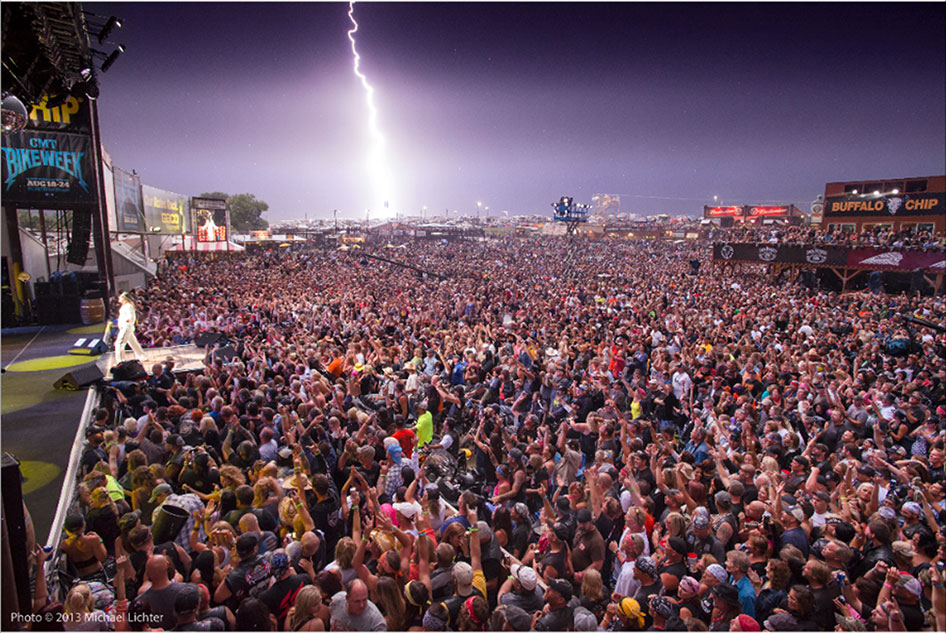 Kid Rock is one of the most requested performers in Buffalo Chip history. He was twice voted American Music Awards’ Favorite Pop/Rock Male Artist, Billboard Music Awards’ Best New Artist and Best New Hard Rock Artist; has been nominated for five Grammys and has sold 35 million albums worldwide. The bold attitude he exudes in hits like “Bawitdaba” and “Cowboy,” and the earthy combination of rock, country and hip hop heard in hit singles such as “All Summer Long” and “Picture” have made the redneck rocker a solid Chip favorite. His new album, “Sweet Southern Sugar,” will be released on Friday, Nov. 3 and includes the single “The Greatest Show on Earth.”

“Kid Rock is one of the most dedicated performers I’ve ever seen,” stated Buffalo Chip President Rod Woodruff. “In 2013 he played through an insane thunderstorm as lightning struck the Chip’s water tower. Not only does he belt -out one hit after another, he’s devoted to putting on the best show of his career every time he takes the stage, and literally rocks the house doing it.”

Kid Rock is the second of many world-class performers the Buffalo Chip will announce for 2018. Eric Church is scheduled to perform Wednesday, Aug. 8. In additional to musical entertainment, the Buffalo Chip TT American Flat Track race will take place in the amphitheater on Sunday, Aug. 5. The annual concert and event series, known as the “Best Party Anywhere®,” will begin on Friday, Aug. 3 and run through Sunday, Aug. 12, 2018. The campground will open for camping on Monday, July 30, 2018. More information is available and passes may be purchased at BuffaloChip.com.

The Sturgis Buffalo Chip® is the Largest Music Festival in Motorcycling®. It is the world’s first and leading entertainment destination for the motorcycle enthusiast and 2017 South Dakota Excellence in Tourism Innovation award winner. Since 1981, the venue’s high-profile, nine-day festival, known as The Best Party Anywhere®, remains one of the world’s most televised and longest running independent music festivals. Located three miles east of Sturgis, SD on 600 creek-fed acres, it offers eight stages of entertainment, a swimming hole, bars, mouth-watering food, showers, cabins, RVs, camping and more to visitors traveling from all corners of the world. The Chip’s concerts and races are free with camping. The 2018 Motorcycles as Art exhibit curated by Michael Lichter, numerous bike and stunt shows and all shopping, live music and events at the CrossRoads are free and open to the public. More details are available at www.BuffaloChip.com.