By Ed Youngblood         SEE THE LATEST UPDATE BELOW 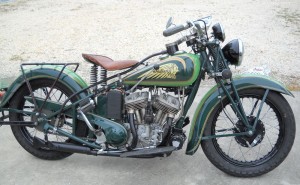 Dottie Mattern, one of only four female contestants in the 2014 Motorcycle Cannonball, has taken delivery of her 1936 Indian Scout, the motorcycle on which she will contest the grueling 17-day, 4150-mile competition scheduled to begin later this year.

Rules for the 2014 Motorcycle Cannonball require riders to compete on motorcycles built prior to 1937.  Dottie’s ’36 Scout, which she has owned since 1986, is an ideal mount for the event, but until now was in an uncompetitive state.  Dottie explains, “The front forks were bent from an earlier confrontation with a big pothole, the wheels and rims were not sound, brakes were largely non-existent, and the internals of the engine and gear box were badly worn.”  She laughs and adds, “Other than the fact that it looked good, this motorcycle was in sad shape.”

Dottie’s Indian has been returned to like-new condition by a team of Antique Motorcycle Club of America members who are dedicated to seeing her successfully complete the Cannonball while raising money for charitable causes.  The team was headed by former Antique Motorcycle Foundation President Dennis Craig, who stripped the motorcycle to its last nut and bolt to conduct a complete rebuild.  Craig states, “We went through every piece, and now the wheels and most of the internals and power train are all new.  We kept the paint as it came to us except for touching up some of the front end where we had to straighten the forks.”

Craig was assisted in his task by Bob Courboin, who rebuilt two generators and the lower end of the engine; Bruce Linsday, who supplied a restored speedometer cable; Randy Zorn, who supplied a rare and proper carburetor; and Ken Kelly, who supplied a spare generator.   Some parts and all labor were donated by the team.  While on the ride, the Indian will be maintained by vintage motorcycle racer Scott Olofson. 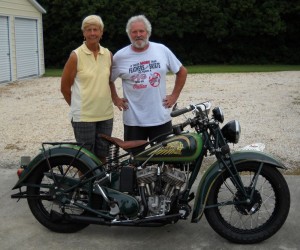 Upon taking delivery of the motorcycle from Craig’s home in Lakeland, Florida, Mattern trucked it to Asheville, North Carolina where she plans to ride about a thousand miles in the mountains to assure that it will be in top broken-in condition at the start of the Cannonball.  The event will begin in Daytona Beach, Florida on September 5 and end in Yakima, Washington on September 21, 2014.

In addition to being one of only a handful of women who have contested the Motorcycle Cannonball, Mattern is the oldest, turning 70 this year.  And her ride is not just to prove she can do it.  Mattern is a Colon Cancer survivor and will be using her Cannonball experience to raise funds for the Colon Cancer Alliance, Inc. and the Antique Motorcycle Foundation, Inc.  All donations to Dottie’s ride will be divided 50/50 between the two non-profit charitable organizations.  None of the donations will go to the cost of Dottie’s ride.  These are coming out of Mattern’s pocket and from commercial sponsors.

For more information about Dottie Mattern and the Motorcycle Cannonball Endurance Ride, go to  http://www.ridedottieride.org/. Read her blog to share her experience as she rides this historic cross-country event.  Click on the DONATE button on the website to make a donation and help her charitable fund-raising effort. 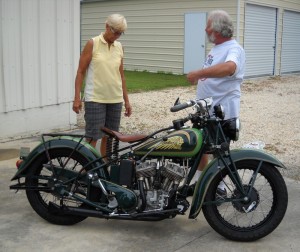 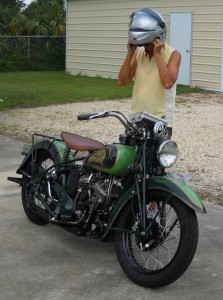 Dottie Mattern, a motorcycle enthusiast who will celebrate her 70th birthday during the Motorcycle Cannonball Coast-to-Coast Endurance Ride during September, has entered the final countdown for the September 5 launch of the big event.  Dottie and more than a hundred participants will ride more than 4,000 miles from Daytona Beach, Florida to Tacoma, Washington in 16 days.  The kicker is that they are all riding pre-1937 motorcycles!  Dottie will be competing aboard her beautiful green 1936 Indian Scout.

But for Dottie, the Cannonball is much more than a joy ride.  She has lost two close family members to colon cancer, and as a colon cancer survivor herself, she will be riding to raise funds for the Colon Cancer Alliance, Inc. and the Antique Motorcycle Foundation, Inc.  Proceeds from Dottie’s ride will be divided equally between the two non-profit organizations.  On the eve of her departure, she has already raised more than $10,000 in charitable contributions.  Her goal is $70,000, to match her 70 years as an active motorcyclist and woman-athlete.

In addition to riding her Scout in the mountains of North Carolina to sharpen her skills and test her machine, Dottie has had an active summer of tennis, golf, and workouts in the gym under the supervision of a personal trainer.  She explains, “Riding one of these vintage motorcycles is not like riding a modern machine.  It takes a lot more work, and the roughly 300 miles we ride each day on the Cannonball will be very physically demanding.  Performing well in a multi-day event like this requires stamina, physical conditioning, and a positive attitude.”

Dottie’s 1936 Indian was prepared for the Cannonball by Dennis Craig with the assistance of Bob Courboin, who rebuilt two generators and the lower end of the engine; Bruce Linsday, who supplied a restored speedometer cable; Randy Zorn, who supplied a rare and proper carburetor; and Ken Kelly, who supplied a spare generator.  Her chase vehicle driver will be Bruce Gullifer.

For more information about Dottie Mattern and the Motorcycle Cannonball Endurance Ride, go to  http://www.ridedottieride.org/.   Click the DONATE button on Dottie’s website to make a contribution.  Contributions are deductible for Federal income tax purposes. 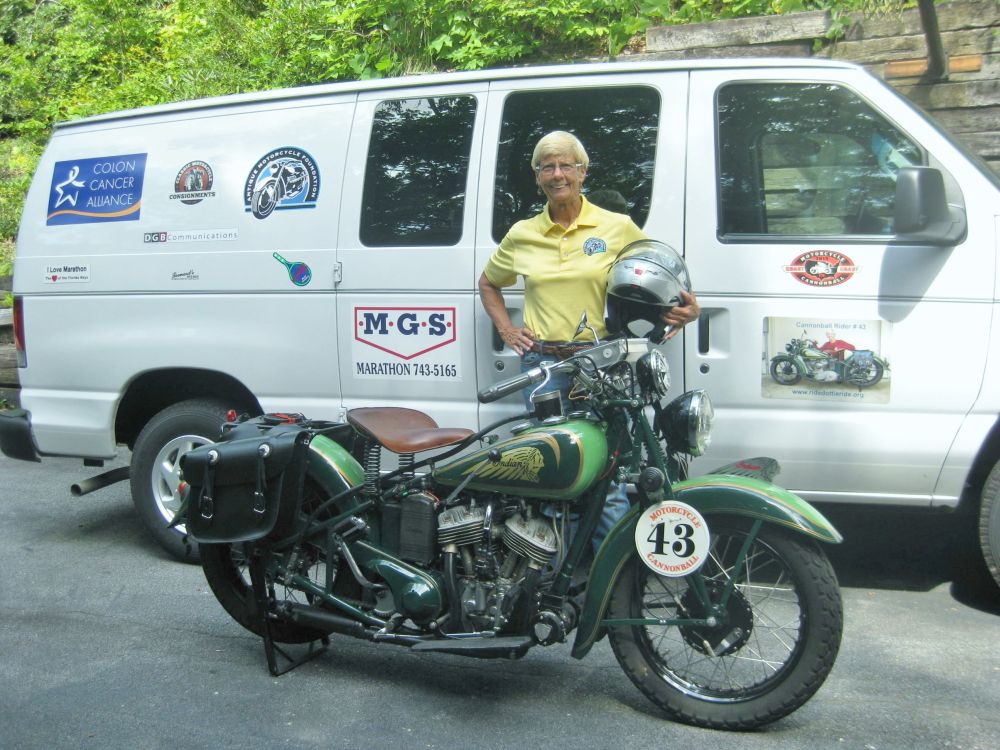