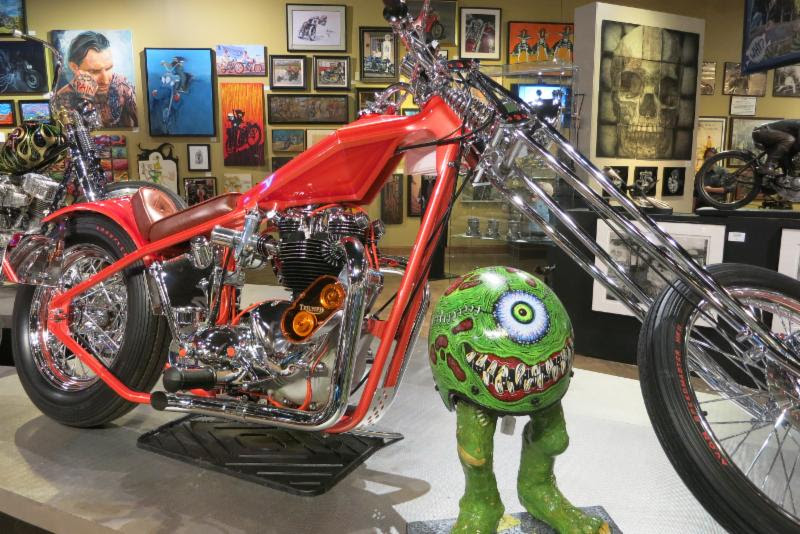 Opening June 20 at National Motorcycle Museum, Anamosa, Iowa
After about eight months planning, the National Motorcycle Museum has installed a great new temporary exhibit entitled CHOPPER STORY. The twenty plus bikes on display are the originals from the 60’s and 70’s, early 1980’s, when cut and extended stock frames, or frames from Amen or Arlen Ness were used. Choppers from Arlen Ness, Indian Larry, Ron Finch, Dave Bell, Barry Duncan, Tommy Summers and other builders across America make up the show. The exhibit was curated by author and journalist, Paul d’Orleans. It’s pretty amazing what’s been located and shipped in from as far away as Baltimore and San Francisco, and many of the bikes still wear their original candy and pearl paint jobs now 40 to 50 years old.
The long history of choppers is a uniquely American story, akin to Rock ‘n Roll in its cultural impact and global influence. The National Motorcycle Museum has assembled this first-ever exhibit comprehensively documenting the evolution of the American Custom Motorcycle, telling the story of the bob-jobs, show bikes and choppers.  Opening June 20, 2015, the Allstate Motorcycle CHOPPER STORY presented by J&P Cycles exhibit includes only period-built bikes, plus related artwork, memorabilia, film, posters and photos, plus contemporary artwork commissioned for the show in a fine art show entitled 2 WHEELS+MOTOR curated by sculptor, Ric Stewart.
Americans started ‘chopping’ bikes long before ‘Easy Rider.’ It all began in the late 1920s with the ‘Cut-Down’, based on the Harley JD or JDH, with shortened and lowered frames.  Next came the  ‘Bobber’ or ‘Bob-Job’, stripped-down Harleys and Indians and even British imports from the 1930s, built to look like the new AMA Class C dirt-track racers.  From the late 1940s, a few riders began decorating their Bob-Jobs, using chrome and wild paint, adding ape hangers, upswept exhausts, and small sissy bars, which by the 1950s became the established ‘show bike’ standards at combined car/motorcycle Hot Rod shows.  Drag racing motorcycles also influenced street customs using drag bars and raked forks.  By the late ’50s what we’d recognize as Choppers emerged, and in the early to mid-’60s raked steering heads, extended springer forks, wild pipes, sissy bars, sculpted tanks, and moulded frames were ridden by the hippest motorcyclists in America.
Museum staff asked author/curator Paul d’Orleans to create the new exhibit based on his research for his book on choppers, The Chopper; The Real Story. Paul is a well-known writer (‘The Ride’, ‘Café Racers’, plus TheVintagent.com) and curator (most recently at the Sturgis ‘Motorcycle as Art’ exhibits with Michael Lichter), the Custom & Style editor for Cycle World, and contributes monthly to magazines in six languages.
Make plans to see this exhibit during the National Motorcycle Museum’s June 20 Vintage Rally event in Anamosa, Iowa or any time through May 2016 when the 12 month temporary Allstate Motorcycle CHOPPER STORY exhibit will be dismantled. If you have any questions about the show, check the National Motorcycle Museum website, www.nationalmcmuseum.org
or call 319 462 3925.
Below are a few photos of bikes that make up CHOPPER STORY, on loan for the Allstate Motorcycle Chopper Story presented by J&P Cycles exhibit. 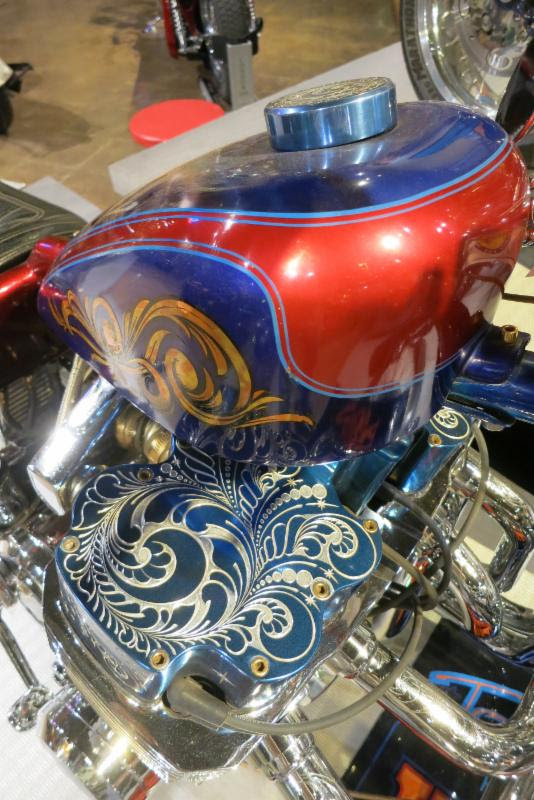 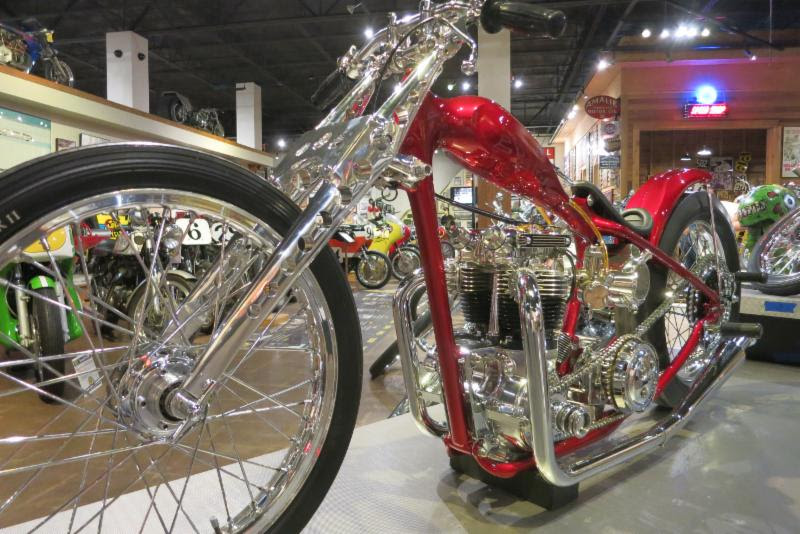 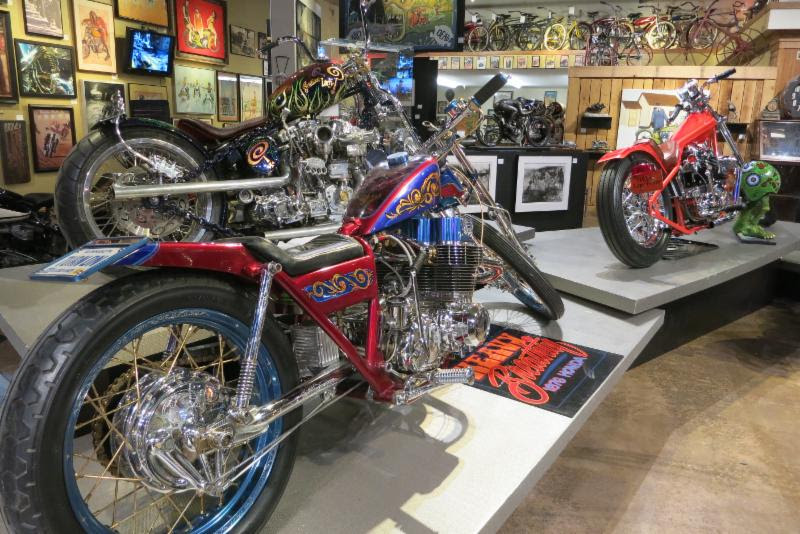 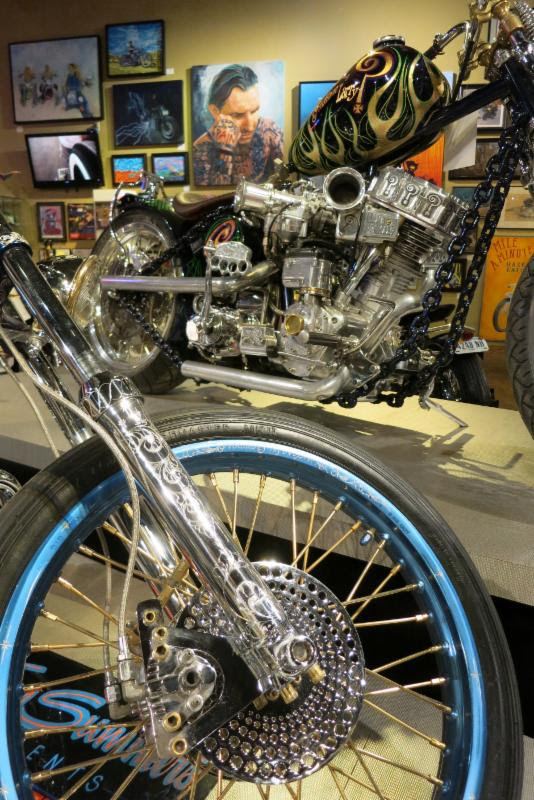 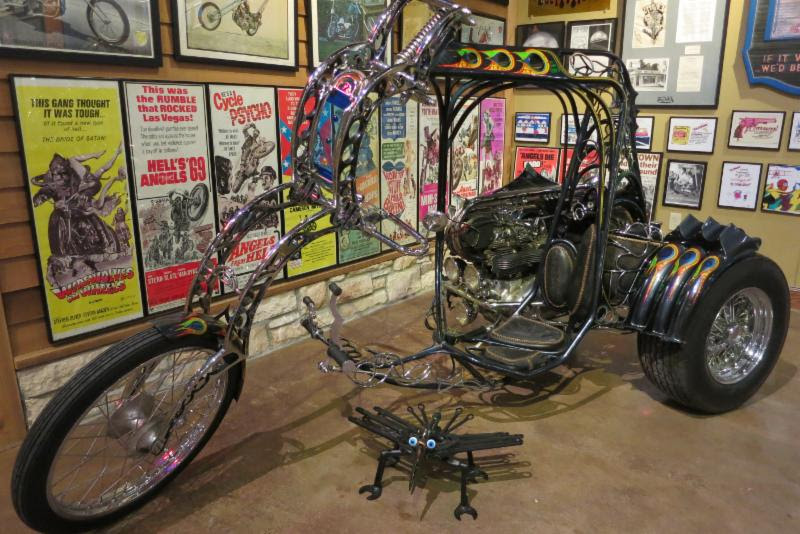 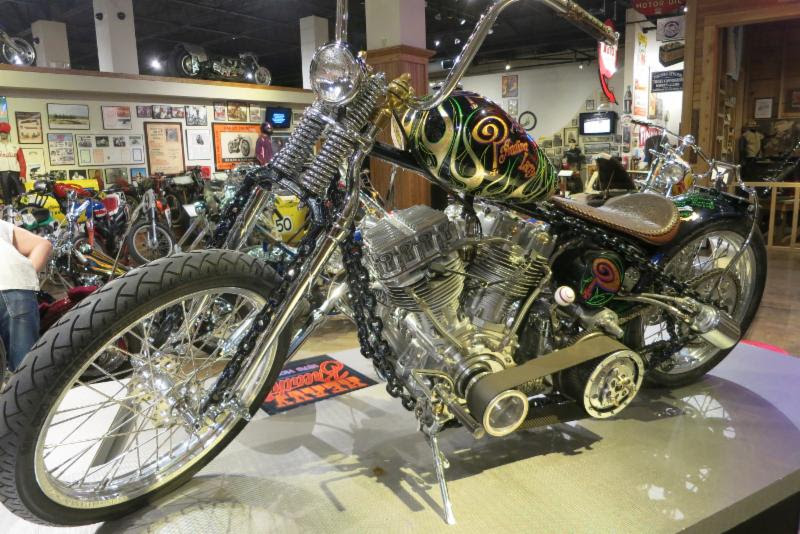 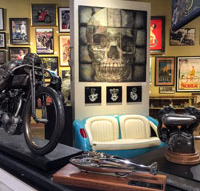 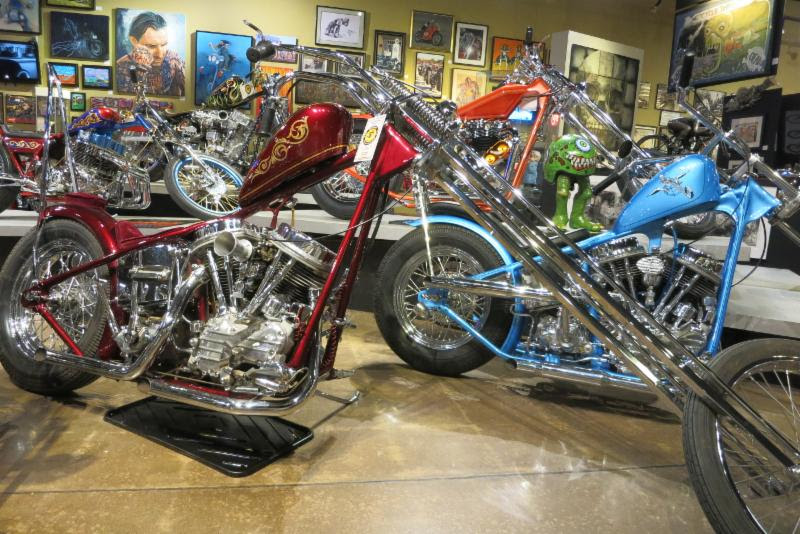 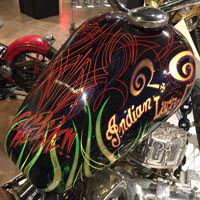 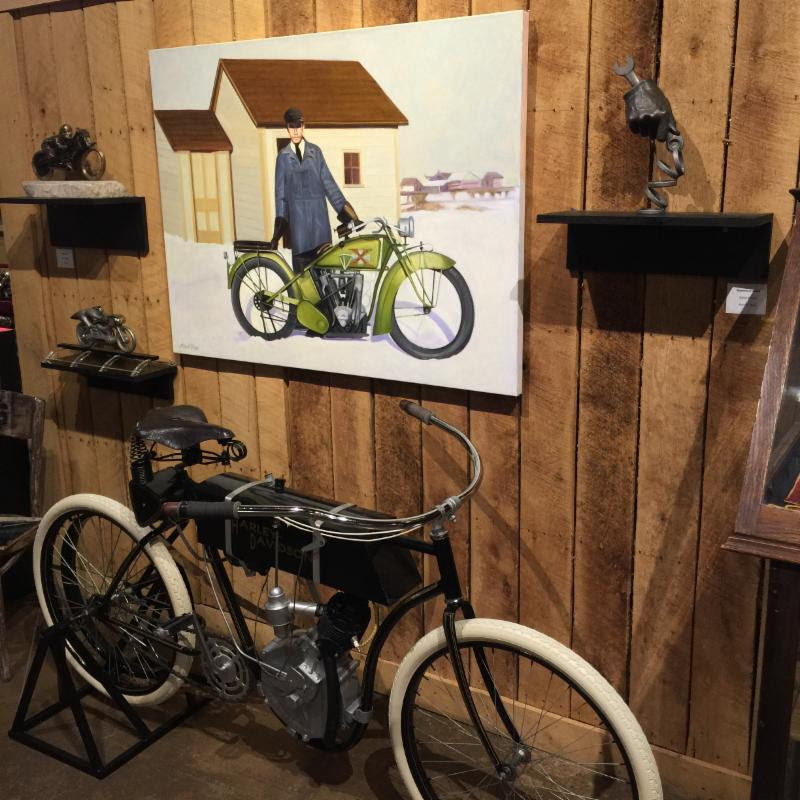 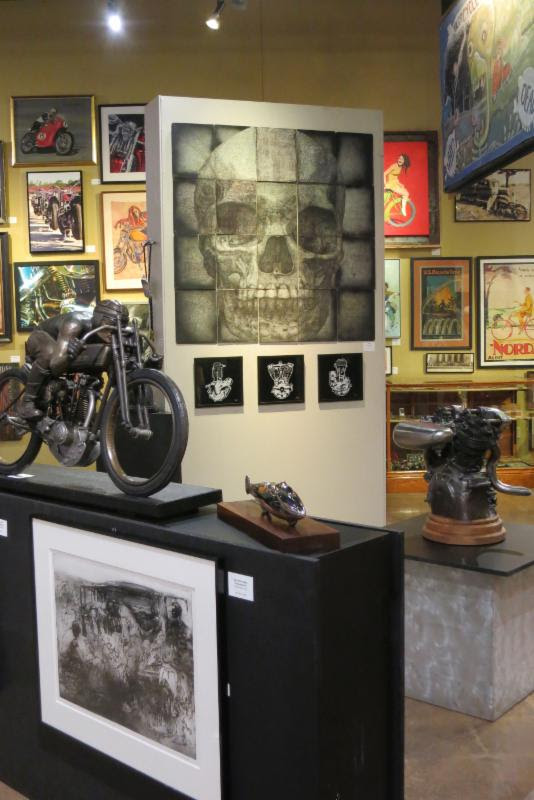 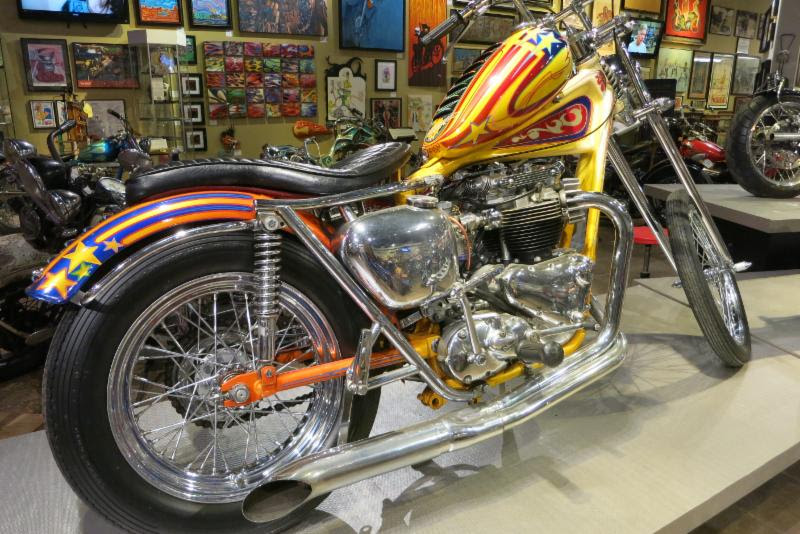 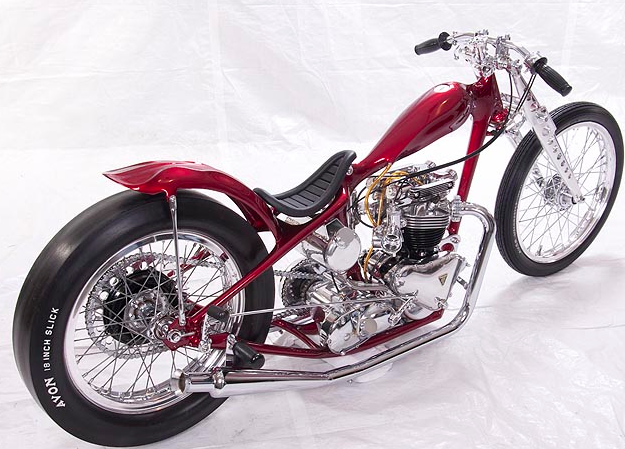 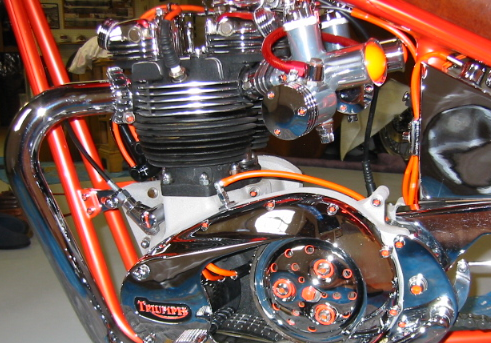 Please call or email for these photos at hi-res, or to discuss others you may need.

Too Cool For School