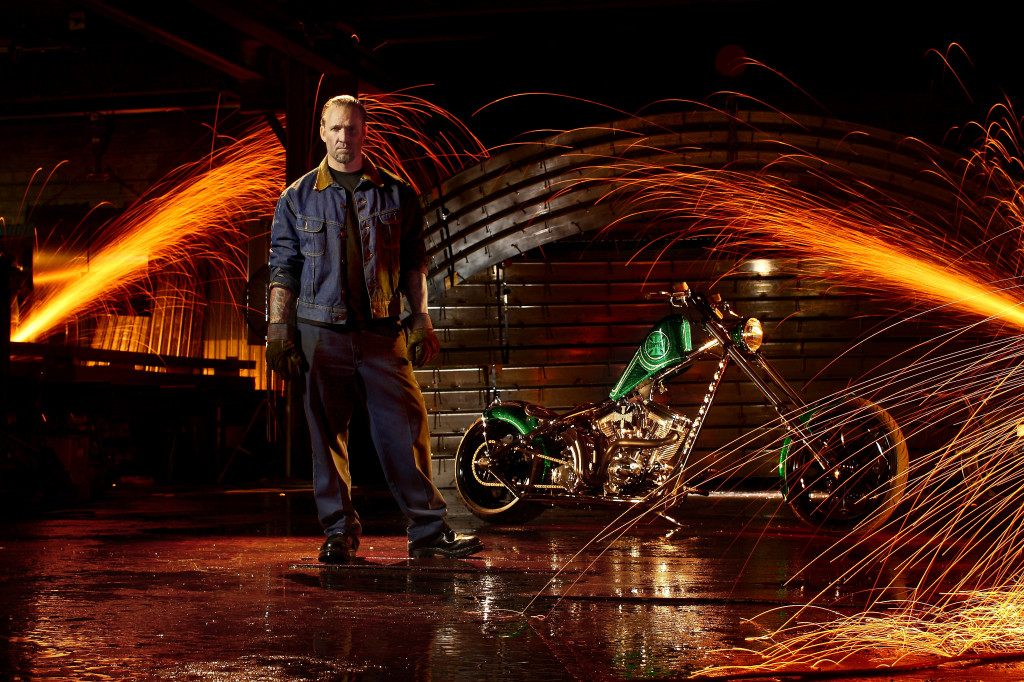 This interview first appeared in issue 4 of the Sturgis Rider Daily during the 2014 Sturgis Rally. It is reposted here compliments of the Buffalo Chip.

Jesse James first made a name for himself in SoCal working for hot rod designer Boyd Coddington. But it was his move to the two-wheel world that set him on a path to notoriety. His custom bikes were fresh, rugged and eminently rideable and James’s shop, West Coast Choppers, became an industry phenomenon.

After years in the limelight, James moved to Texas about four years ago and scaled back his wildly popular WCC line of parts. But he’s a metal man through and through so there was no doubt he’d find outlets for his skills and interests. Read on as we learn about Jesse’s move into gun-smithing, his fervor for off-road truck racing and his opinion of today’s custom baggers.

After so much media attention for so long, you moved to Texas and dropped out. Why?

West Coast Choppers in California became so big. There were so many people, I was like a manager and I didn’t work anymore. That’s what put me on the map, my work and my skills, so I shut down the big operation, came here (to Texas) for a couple years and made it way smaller to get back to work. I did nothing but just work again, to rediscover sheetmetal work and blacksmithing and push forward with that.

I kinda “soft re-launched” West Coast Choppers a while ago and everything instantly sold out. So a couple months ago I re-launched a whole new site with a whole new line of parts and frames, and man, it’s like 2002 all over again! We have 50 CFL frames on order and with people in Europe building bikes we’re supplying parts for that stuff.

So WCC is growing again?

I’m keeping it really small. I only have five or six guys in the bike department.

We never stopped building custom bikes but we got down to only three or four a year, bikes that were really nice and detailed, putting more labor and more skills into it.

How did you get interested in gun design and fabrication?

About three years ago years ago I bought a gun off Texas Gun Trader. I met the dude in a Target parking lot in Austin and gave him six hundred bucks for a 1911 pistol. I pulled the whole thing apart and thought I could oil it up, make this part lighter, make my own grips, do a trigger job. When I posted a picture of it online it went viral. This thing I paid $600 for I turned down $35,000 for. So the light bulb went off: Maybe I should build guns! 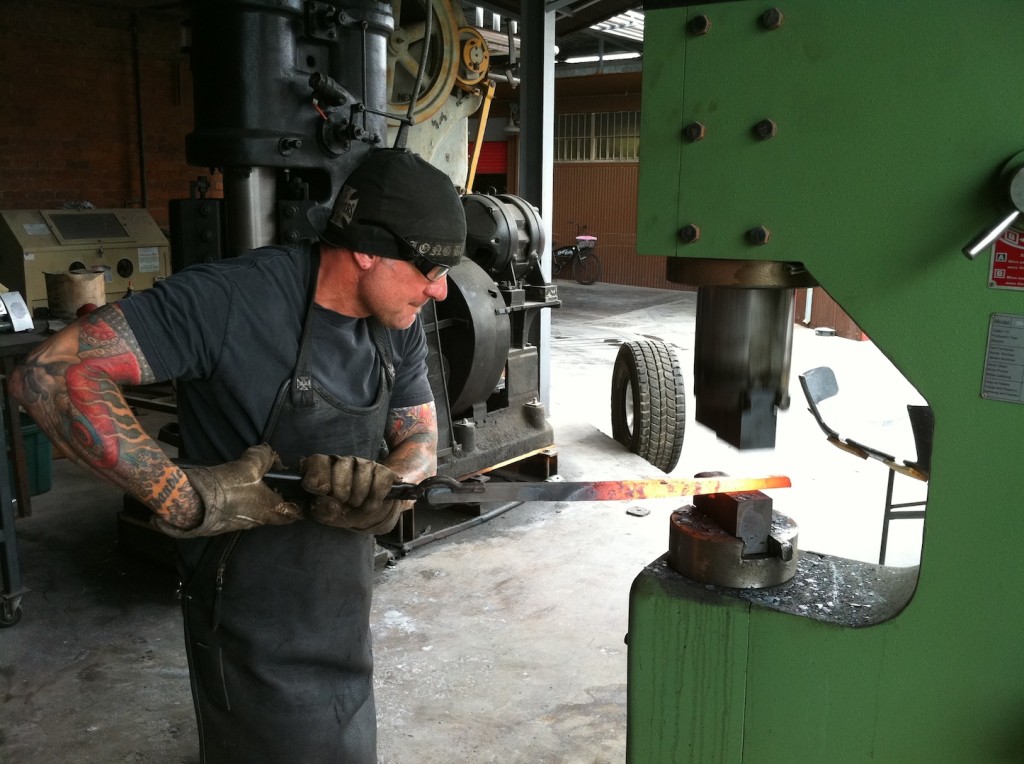 Is the gun market different in Texas compared to California?

Once I came here (to Texas) I was like a kid in a candy story. In California you can’t own anything then I came here and found everything I could possibly want. Once I got all the good ones I’d always wanted I thought, “Okay so how do I scratch that itch now?” I decided I had to build them from scratch.

It’s kind of like the same thing I did in the ‘90s in the motorcycle industry. I came in and did s*** a completely different way than what all the big time builders were doing. I came in with ultra high-end coach building methods and applied it to outlaw choppers, something that was lean and mean and all hand crafted. I think it kind of put that industry on its ear. ‘Till then it was all crap parts and bondo.

So there are parallels to what you’re doing now?

I took what I learned at Boyd’s and applied that toward bikes. It’s the same with the gun industry now. I’m seeing more refined stuff, more machine work. You can make one cool part and say, okay I’m gonna sell those. But if you make a bunch of cool parts and build a gun with them then you sell the whole gun.

It’s like those El Diablo bikes, I never sold any parts for those. Same thing with the guns. If you want all this cool s*** you have to buy the whole thing. It’s a process. That’s why El Diablos are still 120-130 grand – for ones that are 15 years old. Which is unheard of but it’s adding value to what customers dig.

How do you enter a new industry like gunsmithing?

I’m doing my homework on it. I worked for a week with one of the master gunsmiths in the world learning to do it right. When people buy a gun from me I want them to get one that works better, shoots better and is more accurate, more refined. That takes a mastery.

Some people might have thought when I switched industries: oh, he’s just slapping his name on guns to make money. They don’t realize the work and craftsmanship involved in the stuff we build. 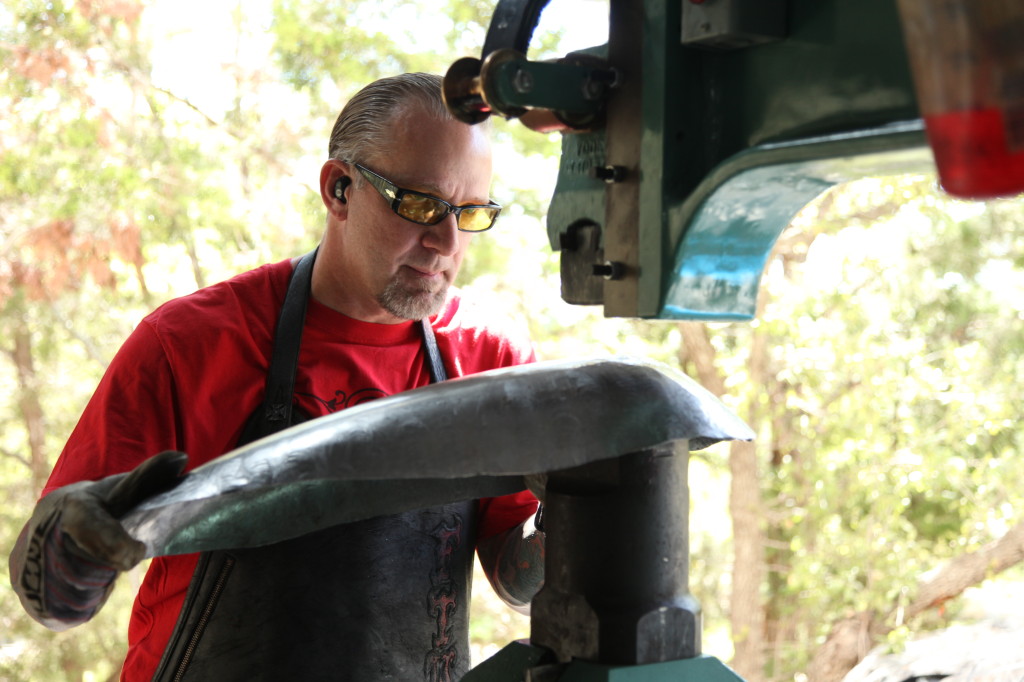 What do you think about big wheel baggers?

I think it’s just terrible. It’s silly when white dudes copy what black dudes did; they look like Vanilla Ice. That whole scene started from Crenshaw and all the Rare Breed dudes. My whole thing with a bike is to look like a badass, you’re tucked in and riding that thing, bike and rider are one. This is like a silly trend and I’m gonna totally skip that it. I won’t contribute anything to it. Trust me, I could have been making fenders and wheels and all kinds of stuff but I’m not doing any of it.

To me there are aesthetics to consider, magic numbers and proportions for a body size, a frame size, a frame stretch, a wheel size, a wheel width. All that should be in proportion. You can push it a little bit but when you go too far it’s just dumb. Like that bike Paul Jr. built in the first build off. Yeah you’re gonna look at it but… I see a whole different serious side to building bikes and it all centers around riding, really riding; making a little rigid that works good and you can ride.

Speaking of being serious about riding, so you’re racing off-road trucks these days?

I’ve been racing in the desert for a decade, I’ve been a consistent top 5 finisher. But those are thousand mile races and you have to pace yourself cause they’re like 30 hours long. TORC trucks are geared for cornering, it’s like a sprint race.

According to BJ Birtwell, President of TORC: “The guys that race TORC are the best of the best and there’s a lot on the line for them. When they see a guy like Jesse James come in they’re certainly not going to hold anything back, they’re not going to race him politely.” What do you think about that?

This kind of racing is awesome, you just kill each other. It’s so much fun and I’m excited about racing TORC