Harley-Davidson’s Week-Long Online Motorcycle Show Featured 60 Builders from 10 Countries
MILWAUKEE (June 22, 2020) – June 21st marks the end of Harley-Davidson Motor Company’s first-ever week-long motorcycle show hosted on the brand’s Instagram page that featured builders invited by Harley-Davidson and the postponed Mama Tried, Congregation Vintage Bike & Car, and Born-Free motorcycle shows. After seven days of custom motorcycles being rolled out from 60 builders from across the world ranging in style, era, and geography, three standout builds are claiming titles.
Each awarded builder has set the bar in creating a custom bike that is fine-tuned, distinctively their own, and creatively designed. While they are all celebrated for their achievements in ingenuity, artistry, self-expression, and ability to pave a new road in customization, one winner was chosen in each of the following categories to receive an award created by Harley-Davidson designers:
·       Media Choice Award: chosen and presented by a journalist panel from industry-leading motorcycle publications.
·       H-D Styling & Design Award: chosen and presented by Brad Richards, vice president of styling & design at Harley-Davidson and long-time garage builder.
·       Harley-Davidson Museum Award: chosen by museum staff and presented by Bill Davidson, vice president of the Harley-Davidson Museum and great-grandson of Harley-Davidson’s Co-Founder William A. Davidson. 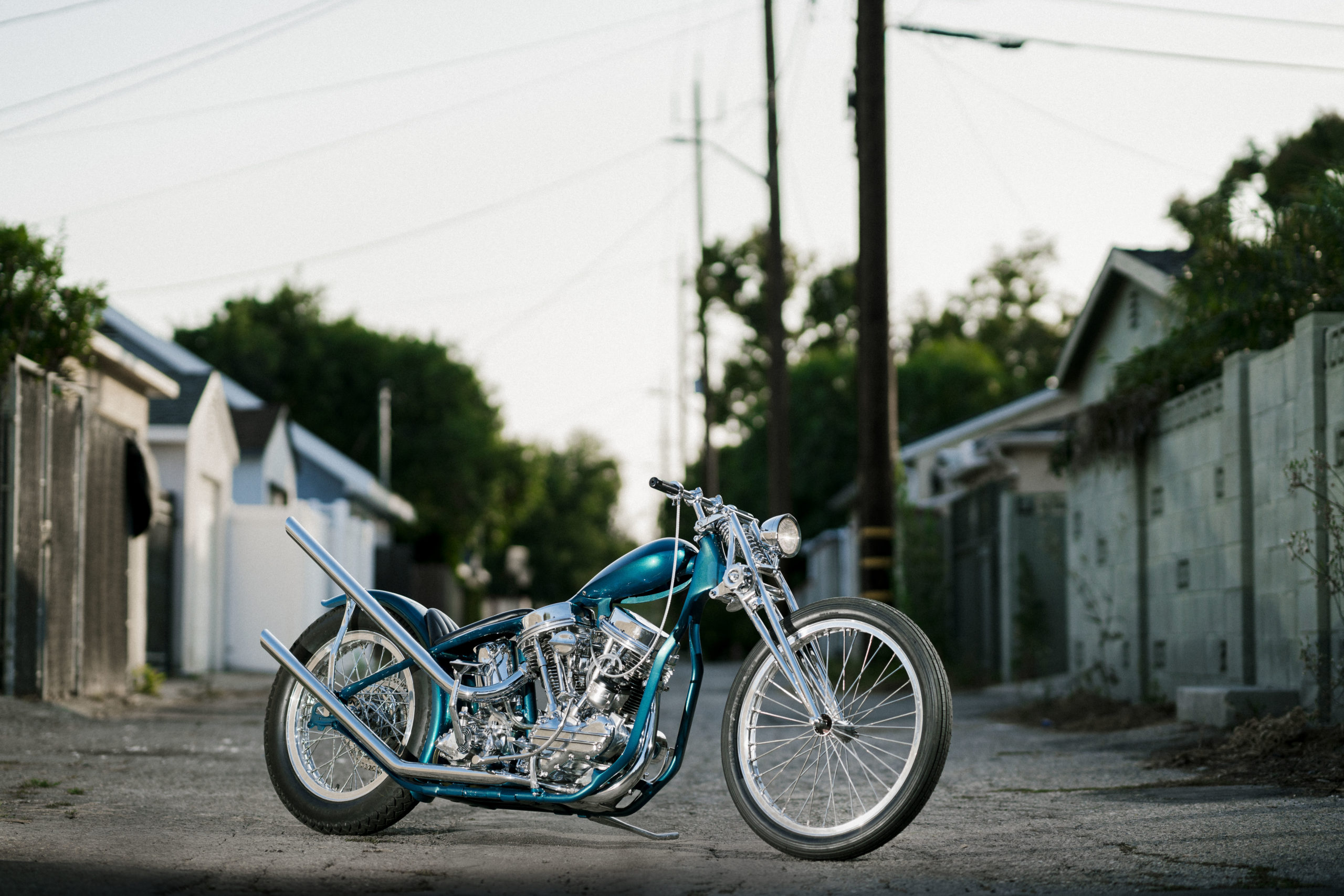 Taking home the Media Choice Award is Ben Zales of Burbank, California for his custom 1963 Harley-Davidson® Panhead motorcycle. The journalist panel applauds the bike’s uniqueness and its ’60s era style with an attention to design that effortlessly flows together and is reflective of Zale’s top-notch craftsmanship. Zales fabricated the bike in his home garage and built the tank, pipes, seat, and controls. He also designed the tear-dropped oil tank to align with the gas tank, kicker pedal and seat. Zales’ artistry is widely known as he is a Born-Free 10 and 11 invited builder as well as a Mooneyes Hot Rod Custom Show 2019 invited guest. View a walkaround of the bike on Instagram here. 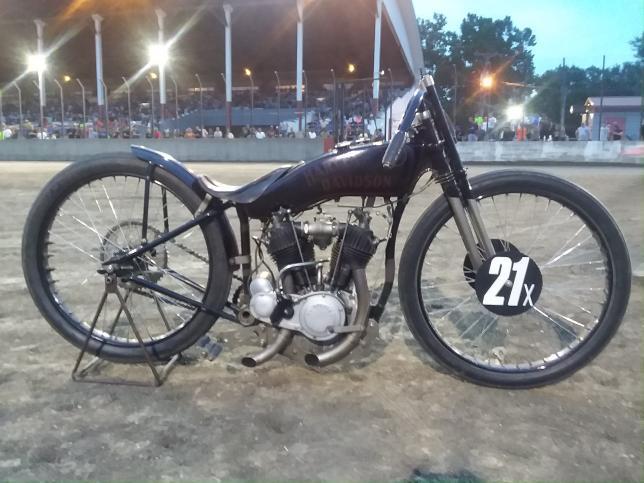 The H-D Styling & Design Award goes to Michael Lange of Waukesha, Wisconsin for his customized 1921 Harley-Davidson Banjo Two-cam Board Track Racer. Lange converted a single-cam Harley-Davidson motorcycle into a twin cam and fabricated the cam chest and cover, gear rack as well as the cam shafts, gears, and oil pump. The bike also features factory racing cylinders, casting from a board track racer, and the gas tank is hand fabricated. Richards, of Harley-Davidson’s styling and design team, drew from Willie G. Davidson’s coined phrase, “form follows function, but both report to emotion,” when choosing Lange’s build. “The custom build stood out for its beauty, but also as a pure racing machine with a re-engineered motor that keeps the bike performing,” Richards describes of the build. Lange has been an invited builder to every Mama Tried Motorcycle Show since its inception. View a walkaround of the bike on Instagram here. 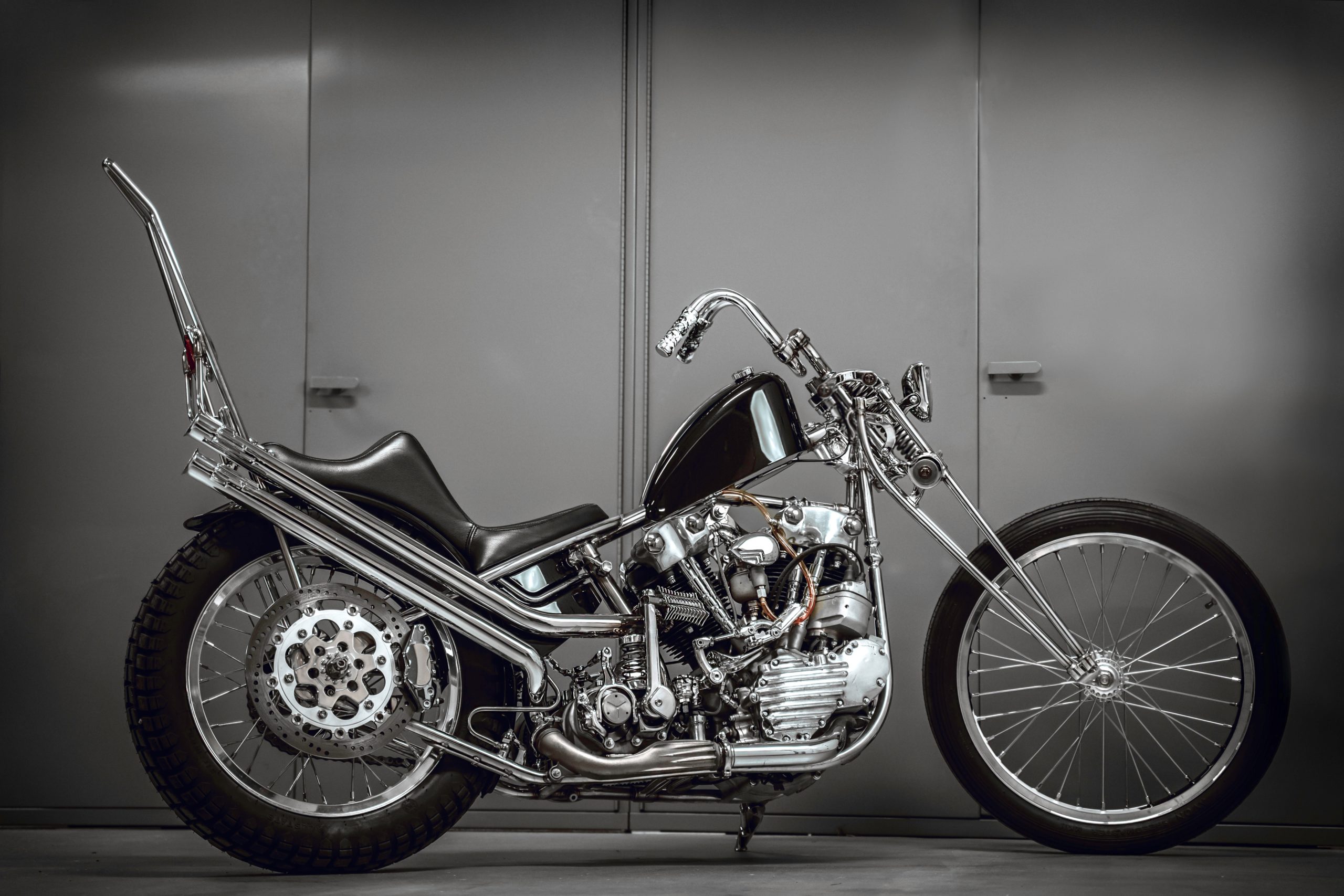 Receiving the Harley-Davidson Museum Award is Christian Newman of Buffalo, New York for his ultra-narrow, all stainless-steel custom 1940 Harley-Davidson Knucklehead motorcycle that he designed and fabricated. H-D Museum staff selected Newman for the ingenuity behind all the stainless hand-built components as well as the narrowing of the transmission 2” and running the oil through the frame, feed, return, and vent. The bike also features a sprocket and rotor outside of the frame, girder fork, open rockers, and vintage glass lenses in scratch-made housings. The bars, grips, and controls are handmade. Newman is also a Born-Free 12 invited builder showcasing his talents at the show.View a walkaround of the bike on Instagram here.
Those who missed the show can visit Harley-Davidson’s Instagram page to scroll through the array of bikes and tap into their favorites where they’ll see a personal video of each builder walking them through his or her masterpiece. A virtual “stage” to listen to acoustic sets is also still available as well as a “merch booth” featuring ultra-limited-editionThe No Show t-shirts that can be purchased while supplies last, with 100 percent of t-shirt sales going directly to benefit invited builders.
About Harley-Davidson Motor Company
Since 1903, Harley-Davidson has stood for the timeless pursuit of adventure and delivered freedom for the soul with an expanding range of leading-edge, distinctive and customizable motorcycles in addition to riding experiences and exceptional motorcycle accessories, riding gear and apparel. Learn more at h‑d.com.
Tags: Ben Zales christian newman contest featured harley davidson michael lang motorcycle no show