The energy was high inside the Miami Convention Center with Cartel Baggers making their presence known by displaying 26 custom Baggers in the MOD Harley and FreeStyle classes. And if you like a killer Baggers, then the Miami show is a “can’t miss” on the schedule. During the awards ceremony hundreds of Cartel Baggers’ enthusiasts came out to support the competitors and the custom bike lifestyle.
The award for the hardest working shop went to the Chairman of the Board, Ralph of Cartel Baggers. He took home the SHO DOG Award and received a solo bag from The Leatherworks. Ed Alburqueque of Unique Custom Cycles got the nod for the People’s Choice award and received a BELL Custom 500 lid.
Miami was a Bill Dodge-fest with Bill winning Editor’s Choice from Hot Bike and Street Chopper. Our good friend Jeff Holt, Brand Director of Hot Bike & Street Chopper Magazines, could not be in attendance so we used a cardboard cut-out for the photo op. Famed artist Makoto Endo painted his bike, Egret, with chop sticks at the Progressive Booth. But the love didn’t stop there. He won the MOD Custom class as well.
MOD Custom – The Bill Dodge Indian Scout is a project for an Indian dealer located in the Southwest. Bill created a new set of wheels, exhaust, primary and triple trees. One of the coolest features was a bolt on rear section. He also upgraded the front end by affixing a set of GSX-R front forks with radial brakes.
1 – Bill Dodge, Blings Cycles – 2016 Indian Scout
2 – Jermaine Brown, Underground Garage – Hayabusa
RETRO MOD – This class is for bikes older than 1984. It allows for any drivetrain and frame configuration. First place went to the Reverend of Speed, the Merchant of Horsepower and the Menace of the Asphalt—Reverend Jim Goodrich. His 1978 Harley-Davidson sports a 78 CI mill with NOS and air shifter. The neck has been raked and the swing arm stretched.
1 – Reverend Jim Goodrich – Obsessed, 1978 H-D FXE
2 – Robert Navarro – Custom XS650
MOD Harley – The MOD Harley class are for Harley-Davidson bikes that retain the frame cradle and run Harley cases. This has been the largest MOD Harley class in the series to date. And the Florida builders knocked it out of the park.
EL Conquistador took 1st place. The bike was built by Underground Garage and features a 30 inch wheel, Trask Turbo, full air suspension, molded side panels and hidden wiring. The 2012 Road King was painted by MO’s Image Customs.
1 – Fernando Fernandez, Underground Garage – 2013 Road King named EL Conquistador
2 – Thunder Cycle Design – 2015 Road King named TCD 30” Layframe
FreeStyle – The FreeStyle class provided a surprising winner at the Miami edition of the 2016 J&P Cycles Ultimate Builder Custom Bike Show and not because the bike didn’t deserve the top rung, it did. The construction and attitude of the sled was a departure from the norms. Hater 3 is the first bike that has won with a diesel. It is also the first bike built using I-Beam construction.
Todd Anglani of After Hours Bikes let Mother Nature provide the patina and a tractor provided the solo seat. The bike features a turbo charger, custom 30inch Invader-style steel front wheel and air bags.
The open bags are constructed from pine. Hater 3 is minimalistic and the exact opposite of the current hi-gloss big wheel baggers. Todd took home a check for $2,000 and the “Made in America” anvil ring from Speakeasy Original.
1 – Todd Anglani, After Hours Bikes – 2016 Custom named Hater 3
2 – Ernesto Pena, Magic City Baggers – 2010 Road King named The Goblin

The Miami show was an adventure. The bikes, the food and the people were a treat. Rolling around town you couldn’t miss the Ferraris, Lambos and Maseratis. The weather was hot and humid and a delight from the cold visiting the Northern climes. 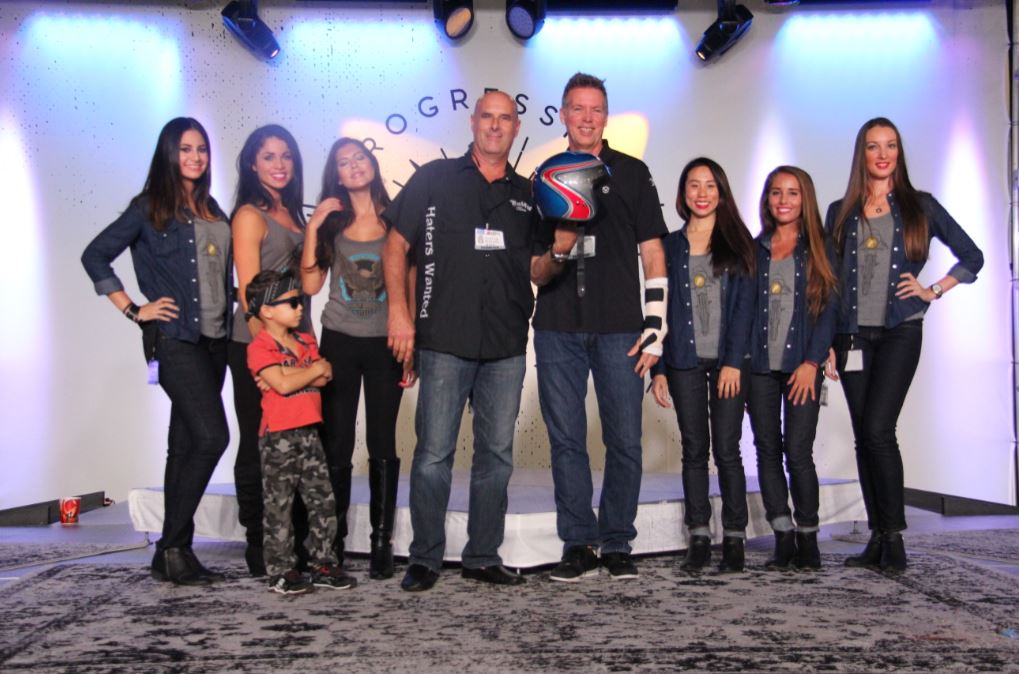 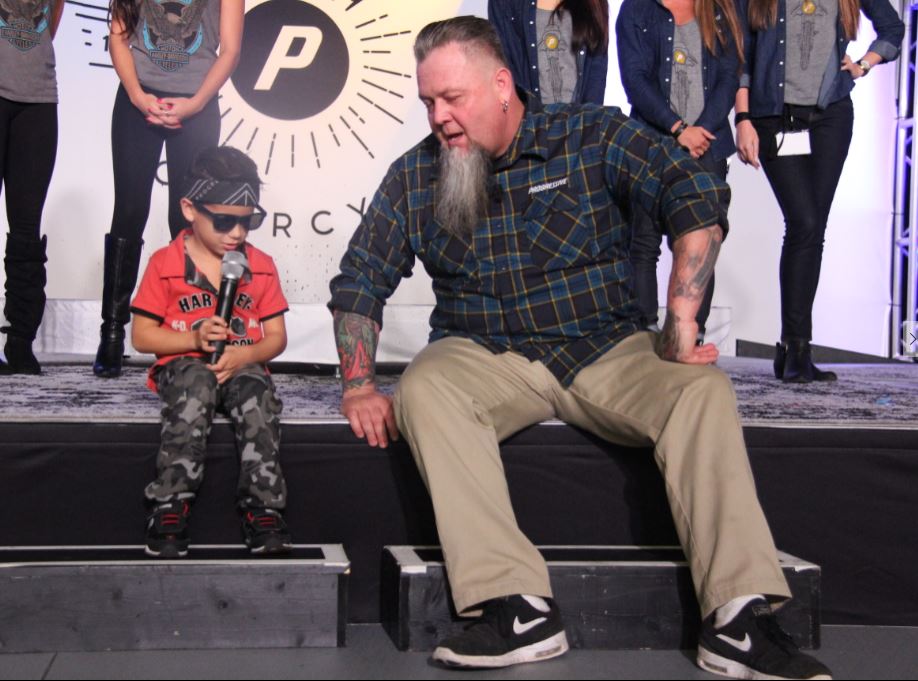 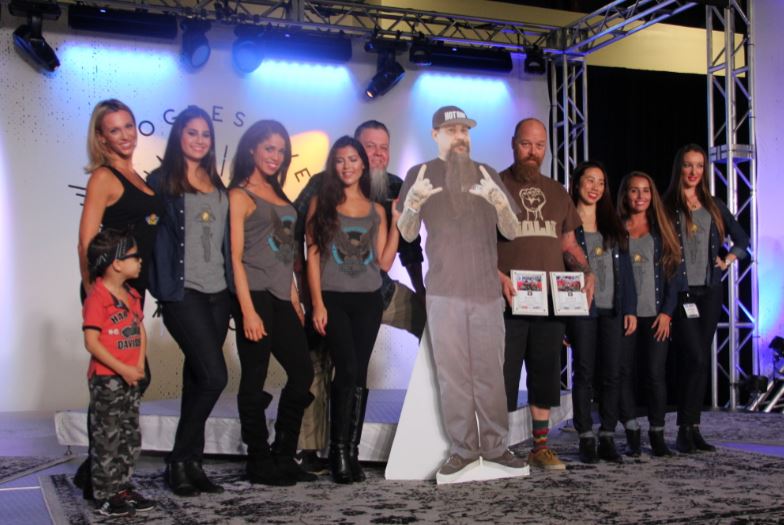 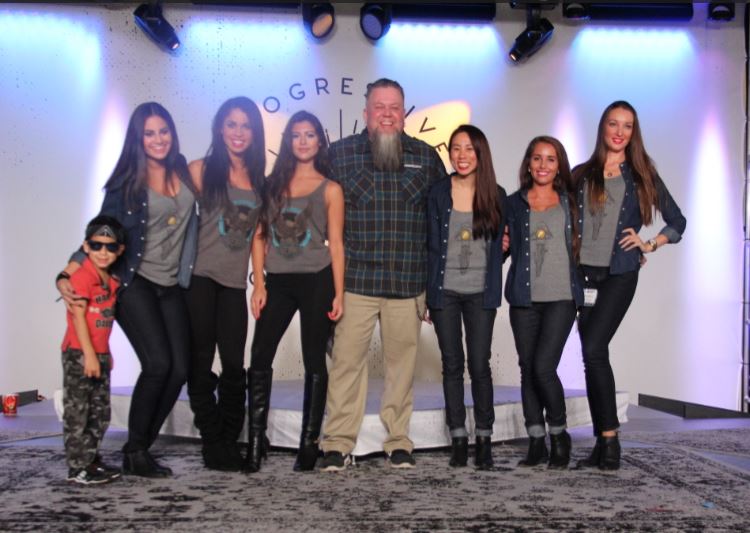 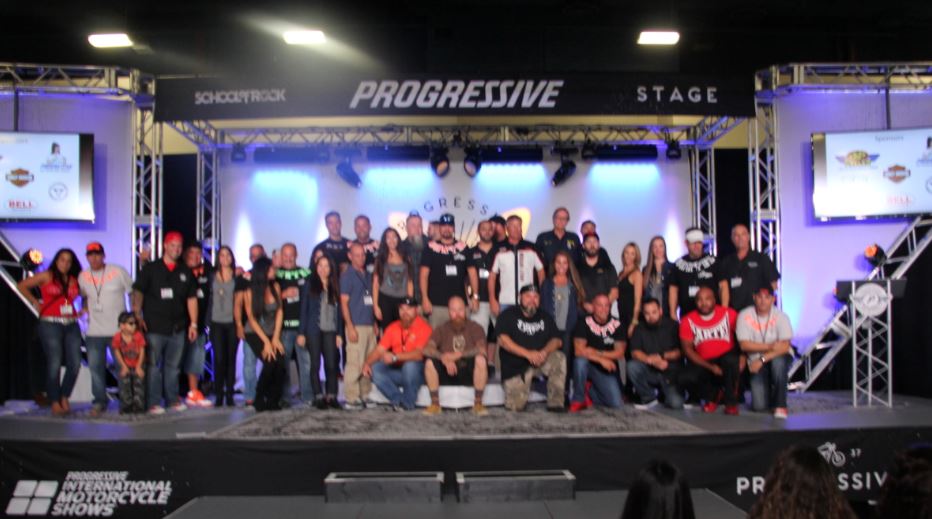 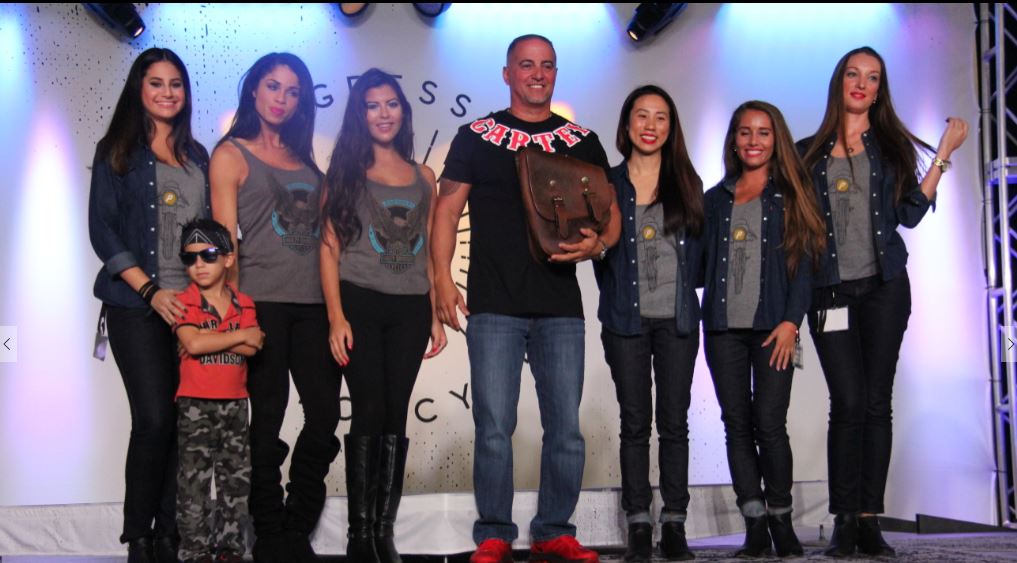 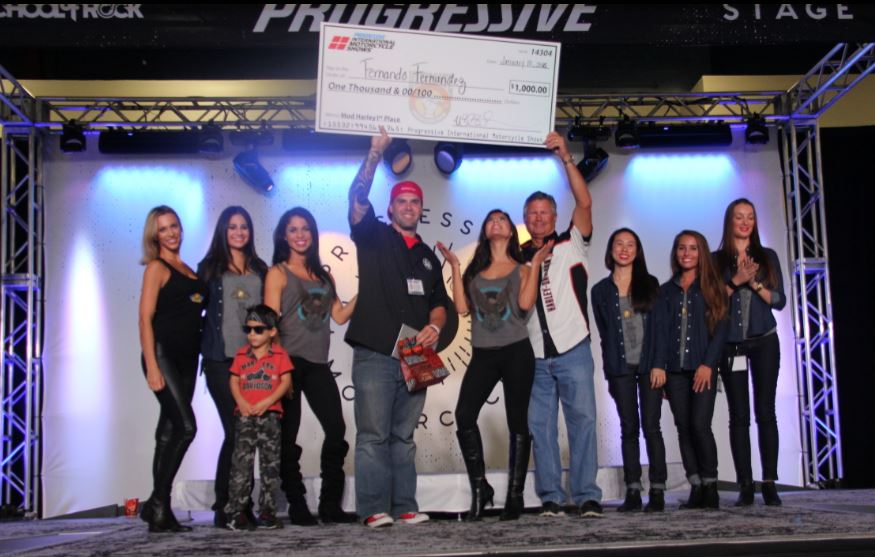 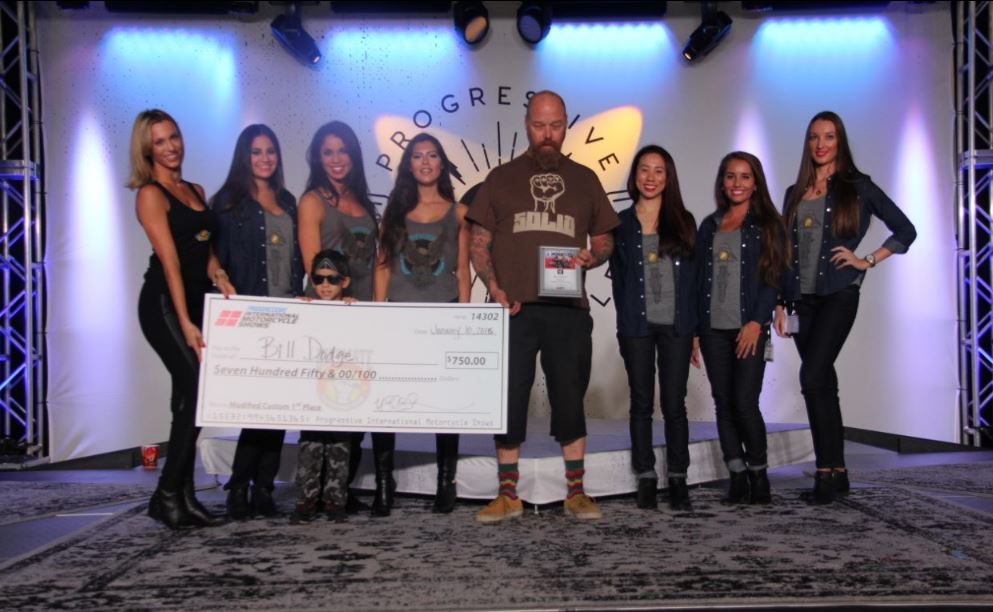 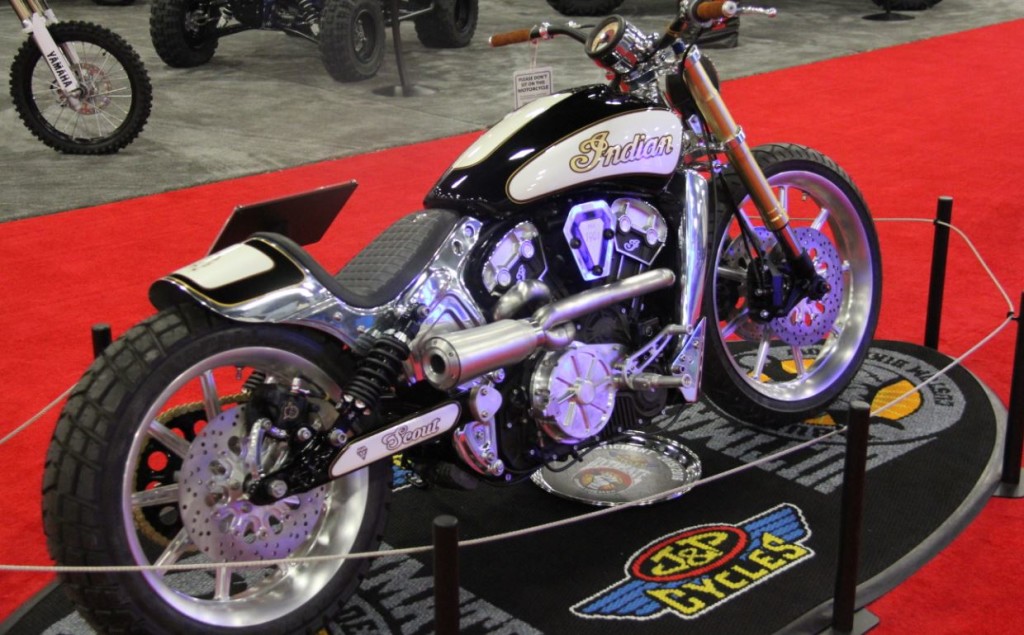 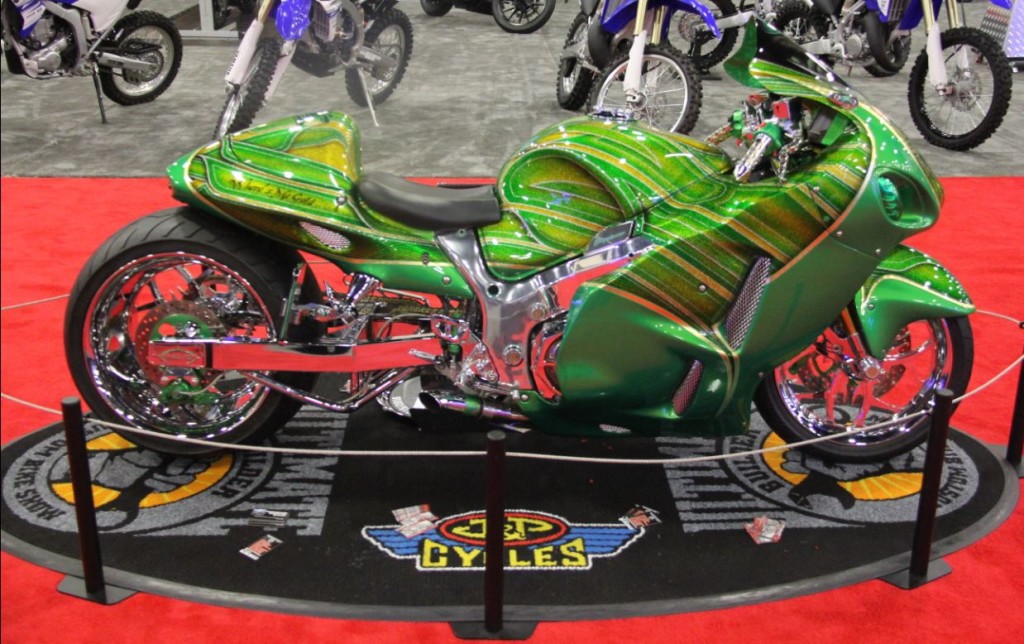 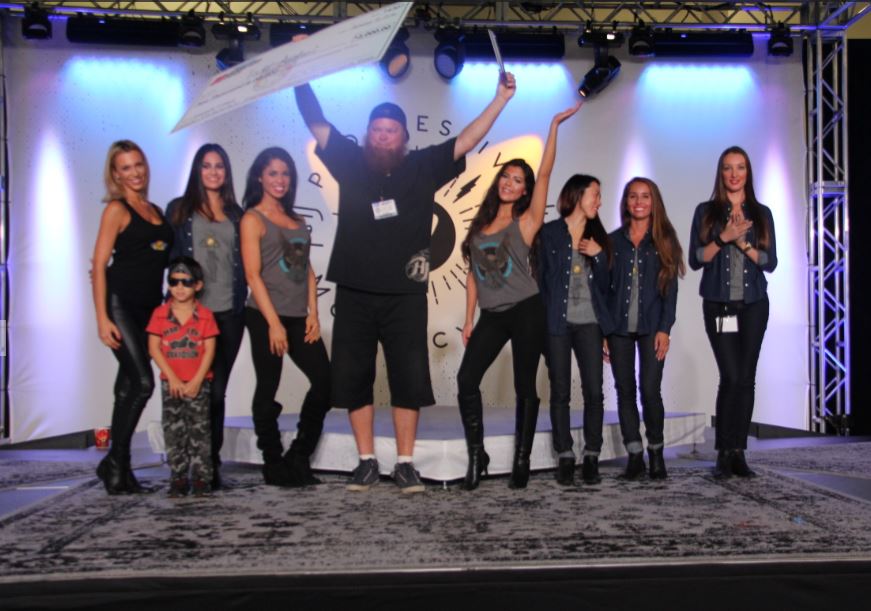 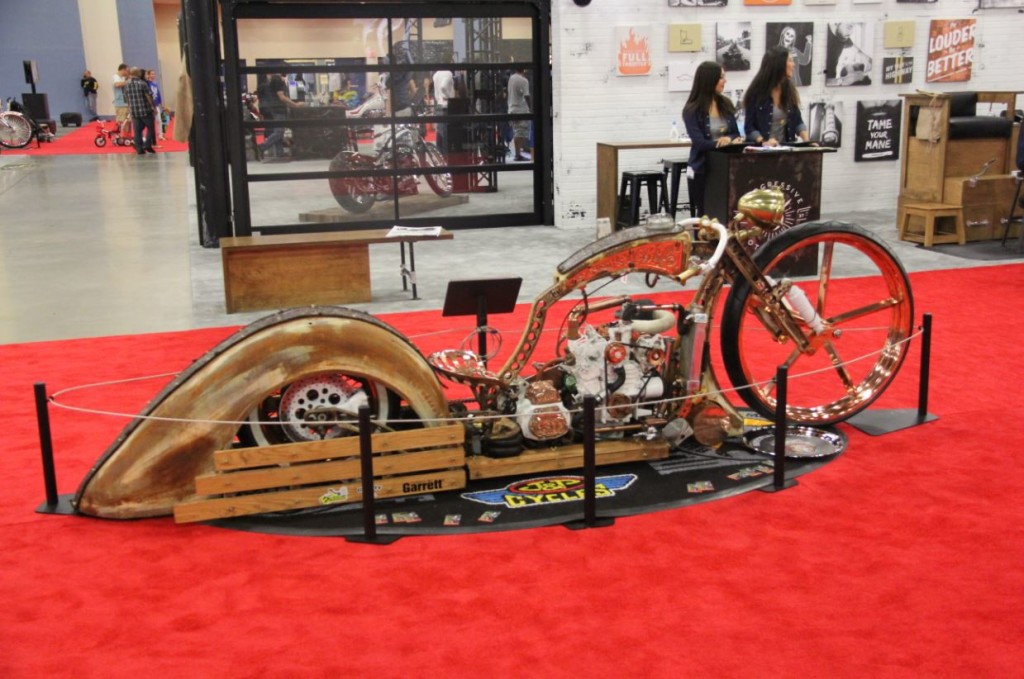 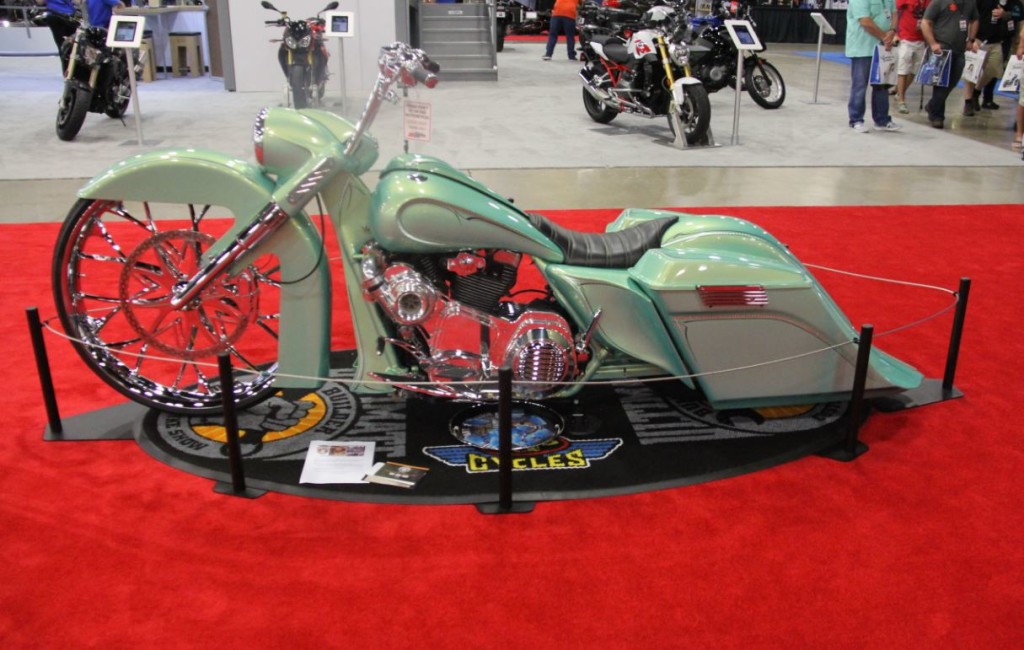 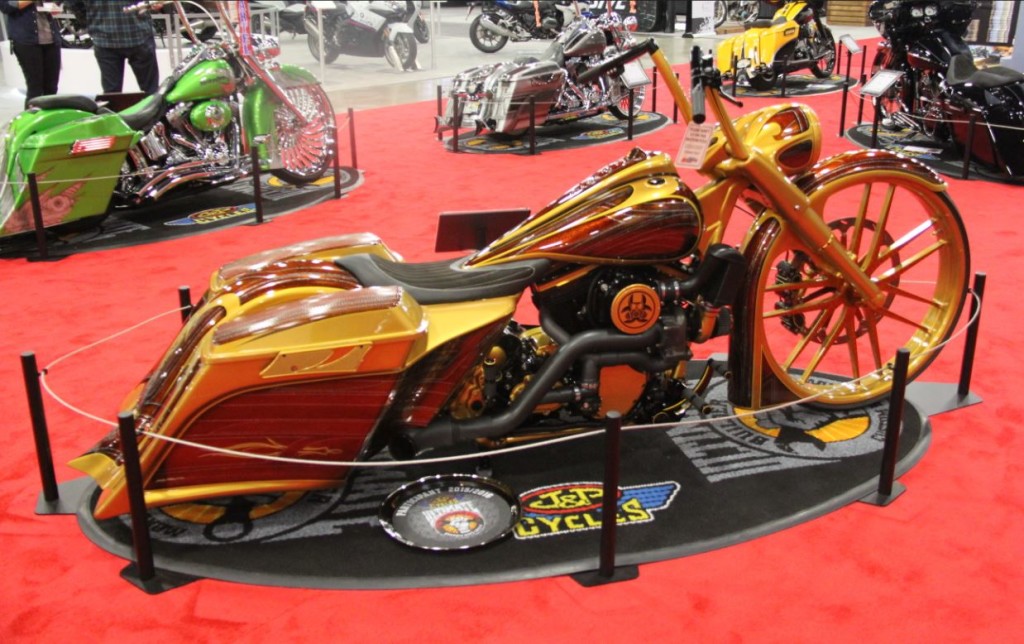 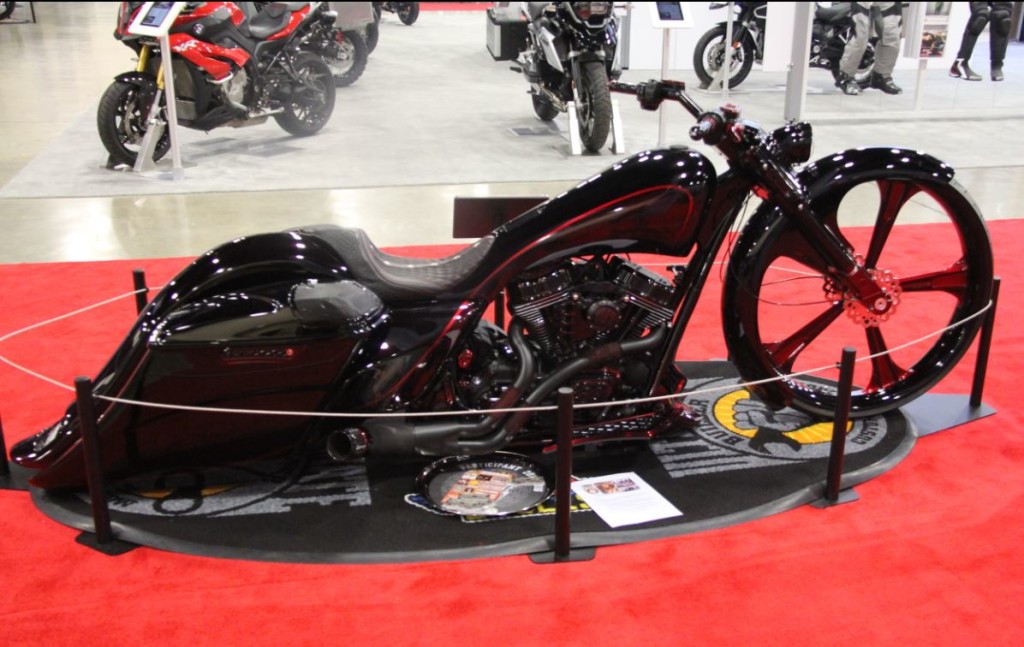 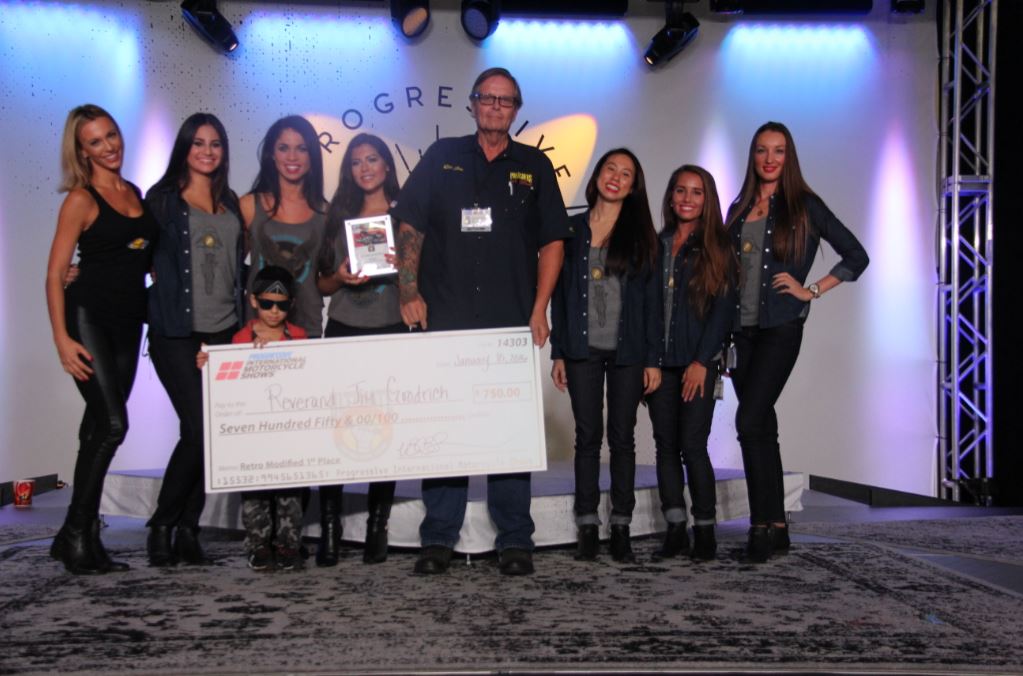 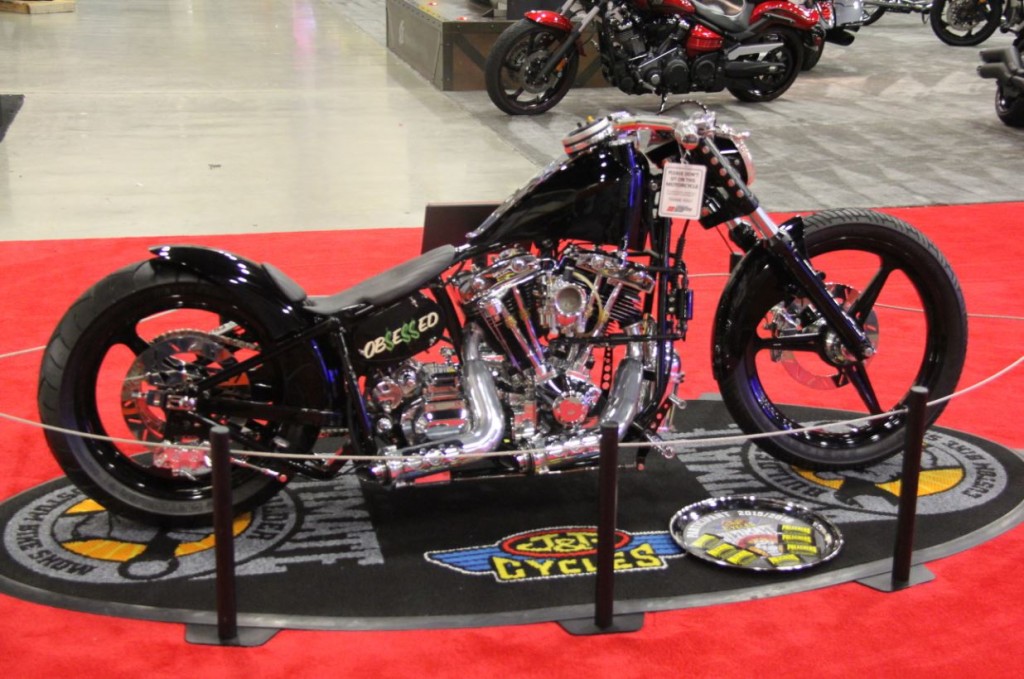 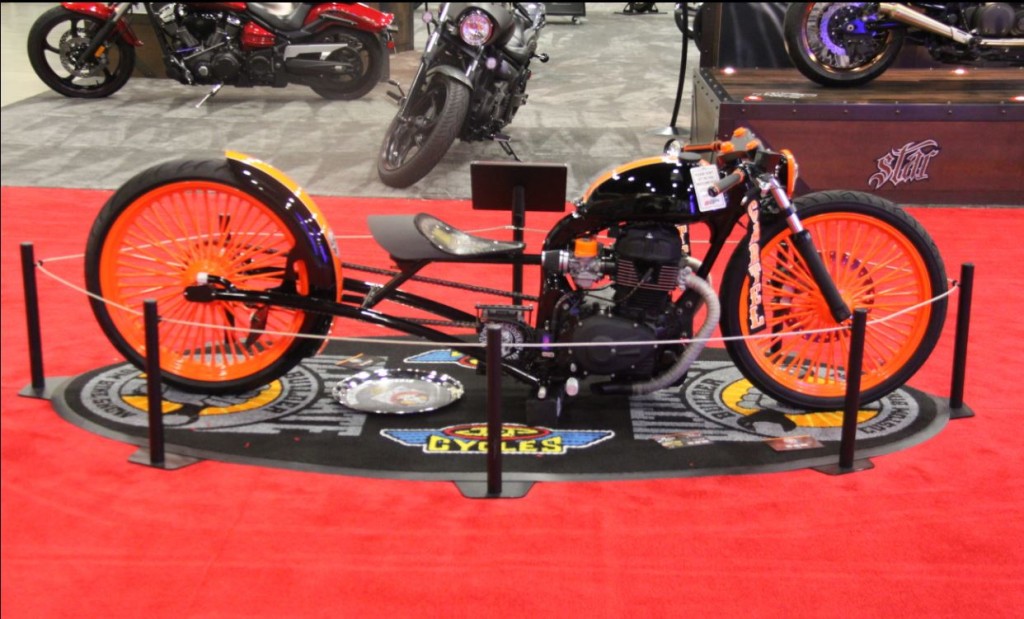