It’s been all about Indian on the dirt track lately but Harley-Davidson is putting in effort at the drag strip, too. Here’s info on their all-new NHRA Pro-Stock competition bikes being debuted this weekend. 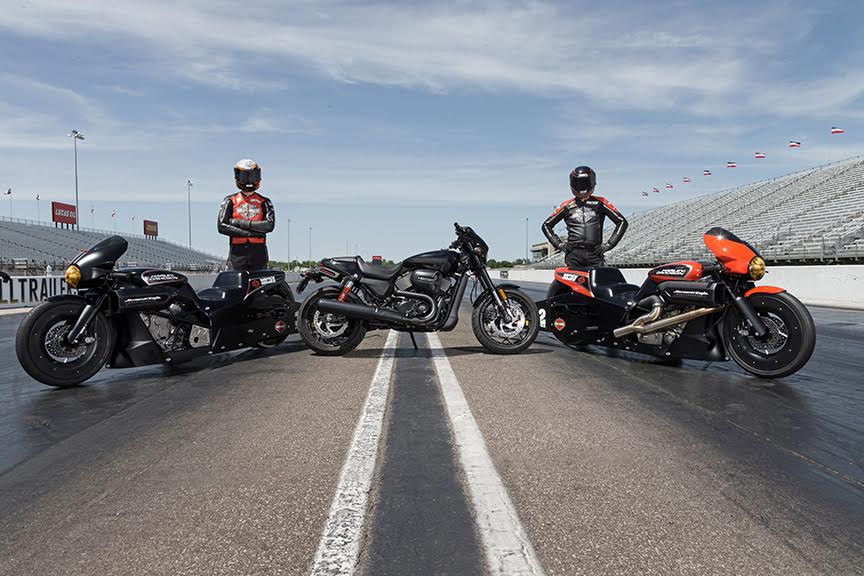 Powered by the liquid-cooled High Output Revolution X 750 engine with suspension tuned for maneuvering through traffic and gritty urban streets and steeped in tough Harley-Davidson® Dark Custom™ styling, the Harley-Davidson® Street Rod™ inspires the sleek, menacing lines of carbon-fiber racing bodywork that will look right at home on the NHRA starting line.

The new Street Rod competition bodywork was designed at the Harley-Davidson Design Studio in Milwaukee in collaboration with Vance & Hines Motorsport and was wind-tunnel tested in Indianapolis during its development.

“The Street Rod is a contemporary interpretation of American performance and Harley-Davidson design heritage. It’s a tough looking motorcycle with design cues that reflect hot rod and muscle car DNA,” said Brad Richards, Harley-Davidson Vice President of Styling & Design. “We wanted to create a new body that would not only be competitive on the track but also embodies the personality of the production Street Rod, which we think is a great tie in because they are both motorcycles with dynamic performance deeply rooted in their DNA. We particularly love the design of the fairing and the bobbed tail section because they truly identify the motorcycle. Whether it’s the race bike or the production bike, from 200 feet away you know it’s a Street Rod.”

In addition to the new bodywork, riders Andrew Hines and Eddie Krawiec will also be racing all-new chassis for the first time at Englishtown.

“The launch of the new Street Rod motorcycle was the perfect opportunity to give our championship winning drag bikes new bones,” said Harley-Davidson Screamin’ Eagle/Vance & Hines crew chief Matt Hines. “We used CAD and other digital tools to design a new chassis that minimizes weight while maximizing strength and rigidity. Track testing confirmed that the new bikes are aerodynamically sound and these new bikes run as great as they look with the sleek new body.” 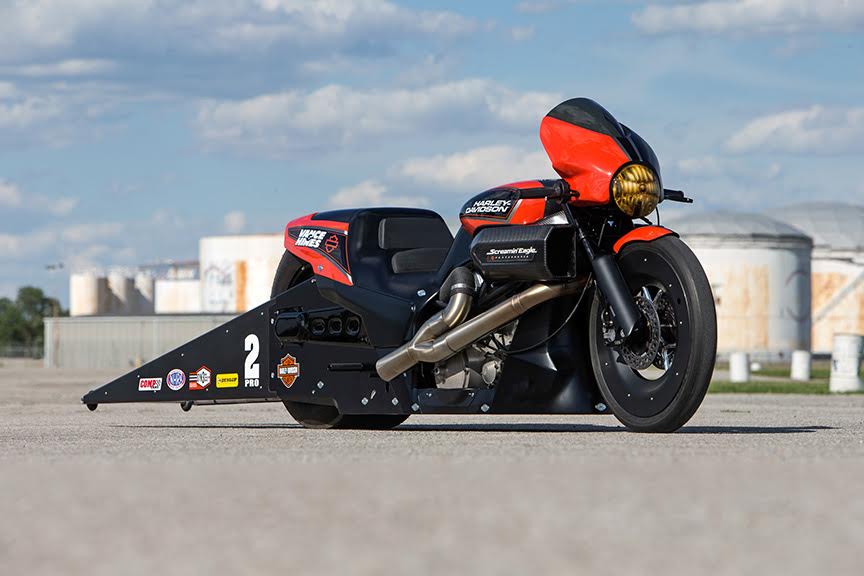 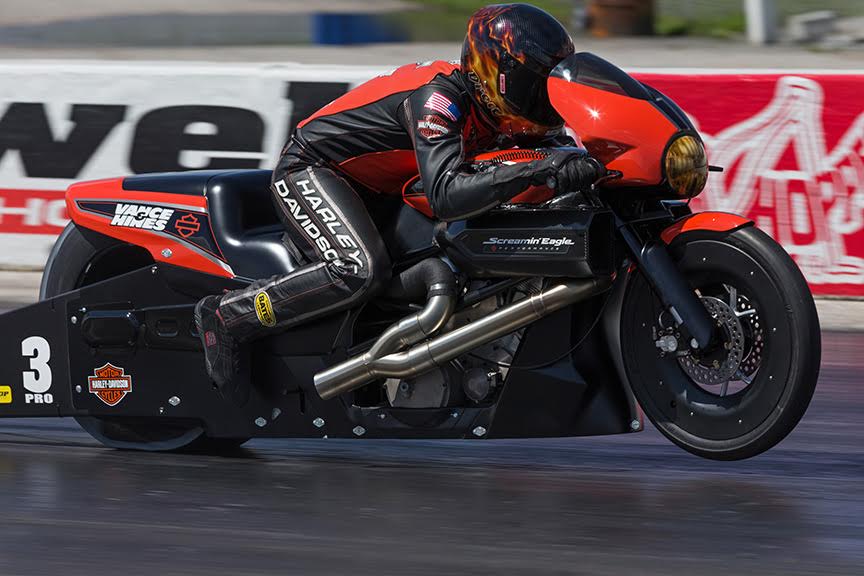 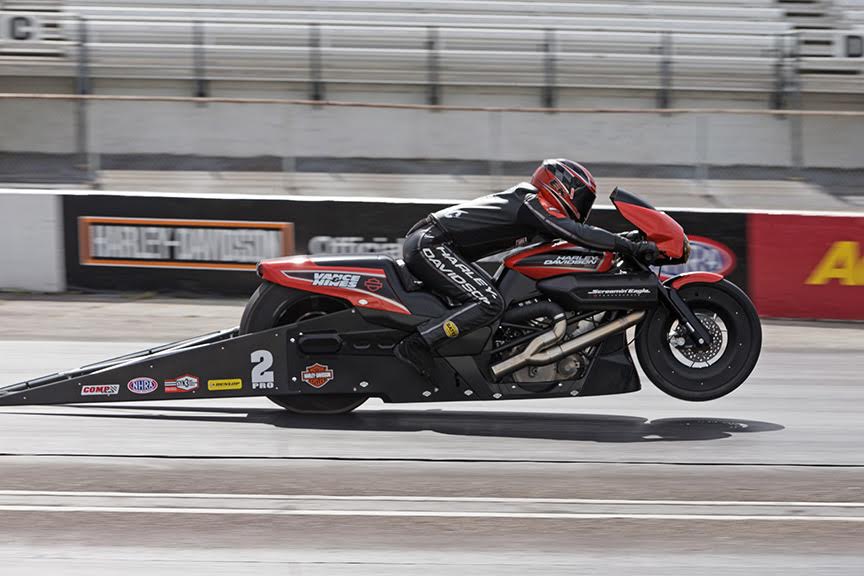