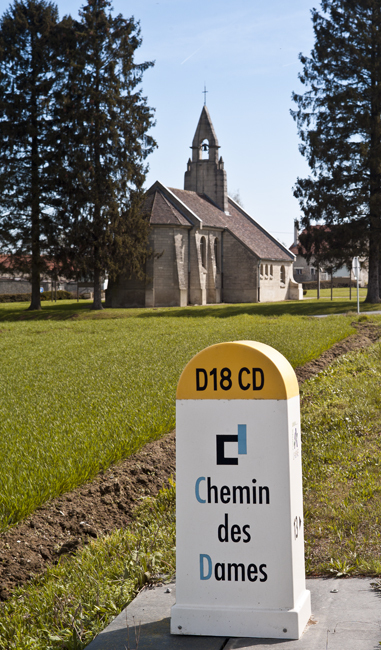 As we still not have anymore motorcycles events and other bike shows, I’m
still riding alone on French roads … and it’s super cool. Today, let me
take you to another historical location on a road named after a king’s
daughters: LE CHEMIN DES DAMES (that you can literally translates as Ladies’
Path). 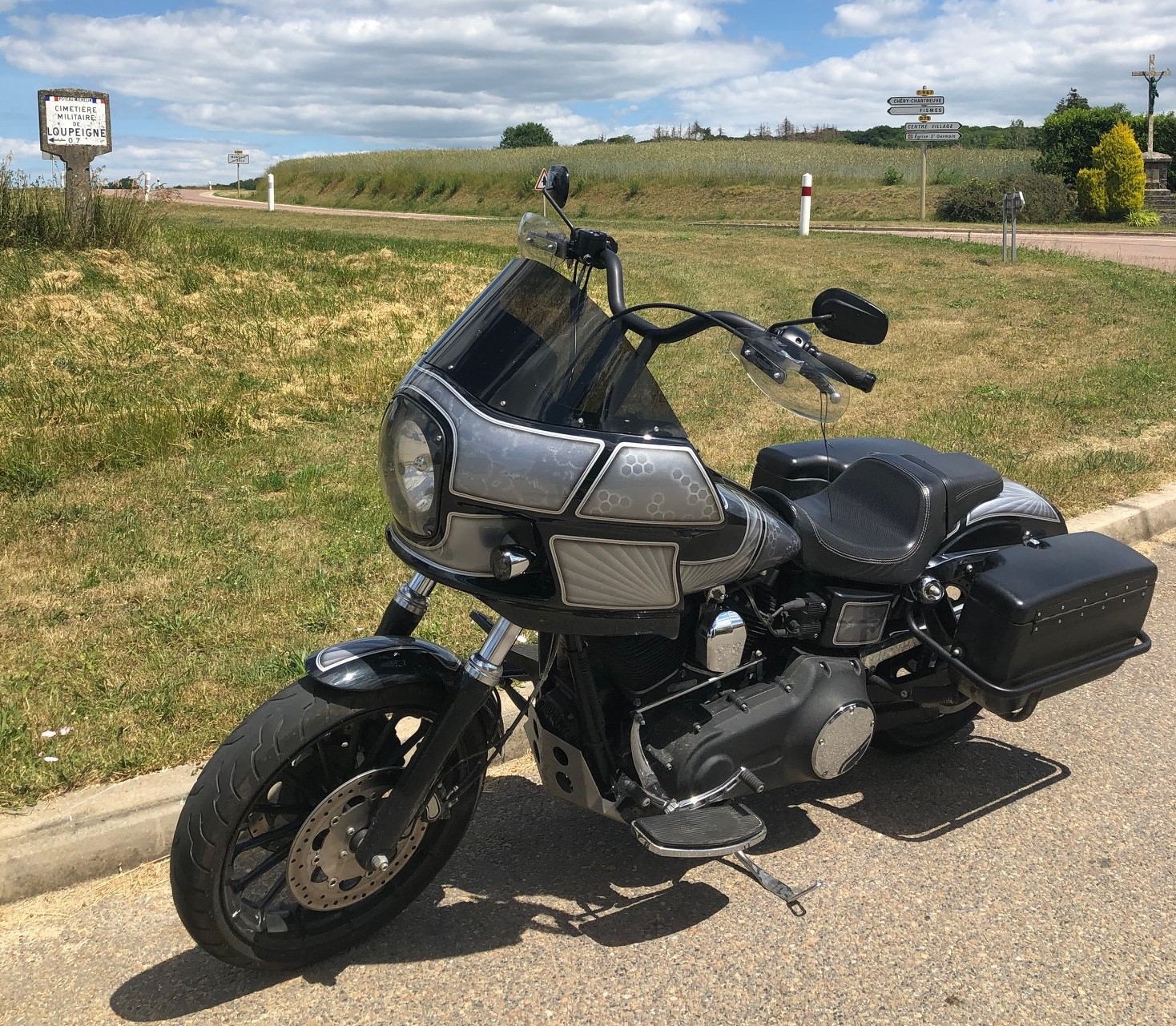 In France, the Chemin des Dames is part of the D18 road and runs east and
west in the Aisne department. It is some thirty kilometers long and runs
along a ridge between the valleys of the rivers Aisnes and Ailette. It
acquired the name in the 18th century, as it was the route taken by the two
daughters of Louis XV, Adélaïde and Victoire, who were known as Ladies of
France. At the time, it was scarcely a carriage road, but it was the most
direct route between Paris and the Château de Boves, on the far side of the
Ailette. The château belonged to a former mistress of Louis XV and former
lady of honor to Adélaïde, whom the two ladies visited frequently. To make
the way easier, the count had the road surfaced, and it gained its new name.
! In fact, it even seems that they only came once in the region, in 1784! 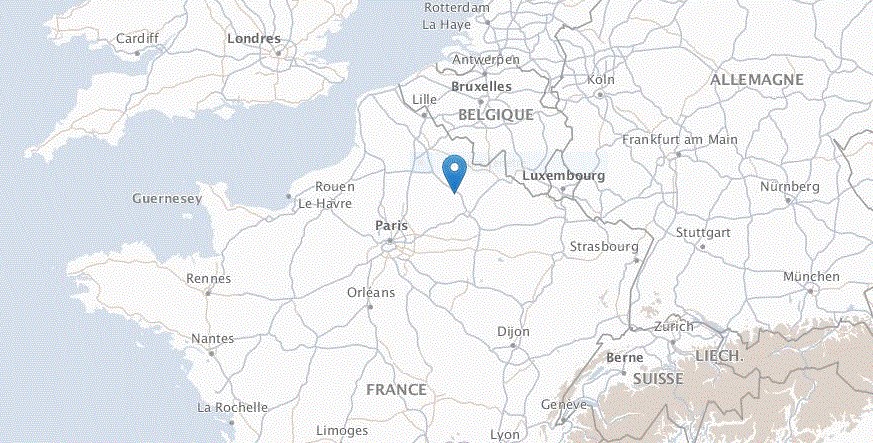 The strategic location of the plateau didn’t escape the Celtic tribes
Suessons (Soissons) and Remes (Reims). The ridge indeed formed a natural
geographical boundary between their two territories. Sadly, this also turned
the plateau into a place of predilection for battles! The first took place
in 596AD. The Battle of Laffaux opposed the King of Neustria to the king of
Austrasia, the two sons of the Frank King Chilperic I. The ridge’s strategic
importance first became evident in 1814 when Napolean’s young recruits beat
an army of Prussians and Russians at the Battle of Craonne on March 17,
1814. It ended with the victory of Napoleon’s army over the Russian and
Prussian troops of General Blücher. 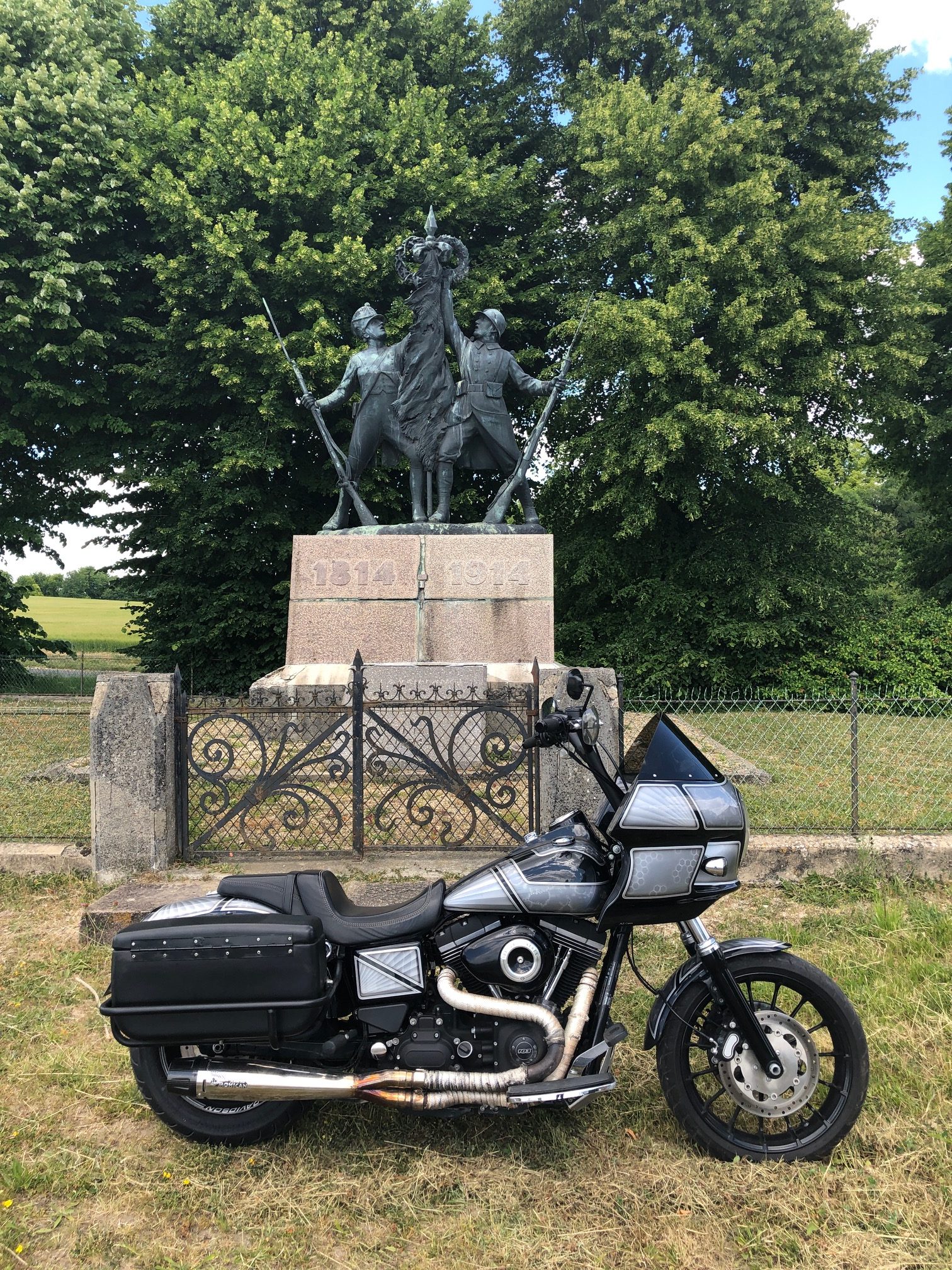 Two advanced defence forts were built along the Chemin des Dames during the
Franco-Prussian War of 1870-71 to protect Paris. The Fort de la Malmaison is
located close to the N2, the road linking Soissons to Laon; the Fort Condé
was built on the south side of the plateau overlooking the Valley of Aisne. 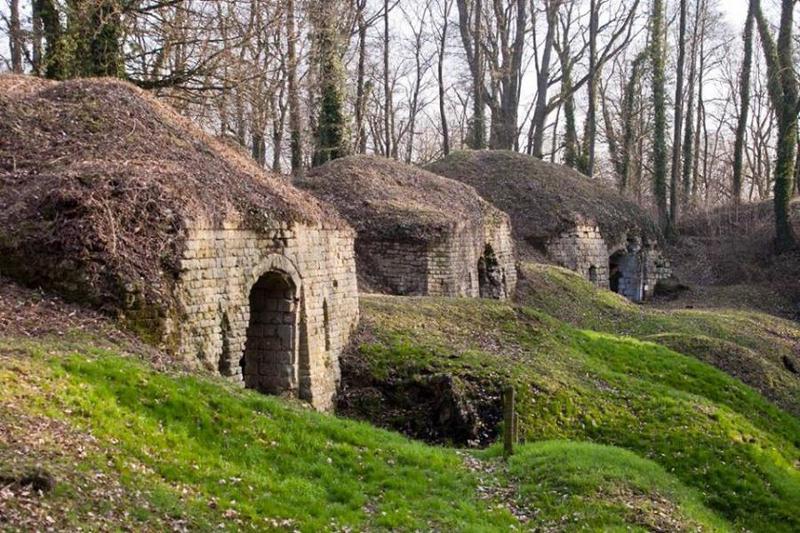 During WWI the western front ran through the Aisne department. The Chemin
des Dames is a crest line between the Aisne and Ailette valleys. Its
location and underground quarries meant that it was a veritable fortress.

After the First Battle of the Marne in September 1914, the Germans retreated
to the heights above the Chemin des Dames and French troops were unable to
flush them out. Then began an endless and deadly confrontation: a war of
position. The Chemin des Dames became the scene of great battles. 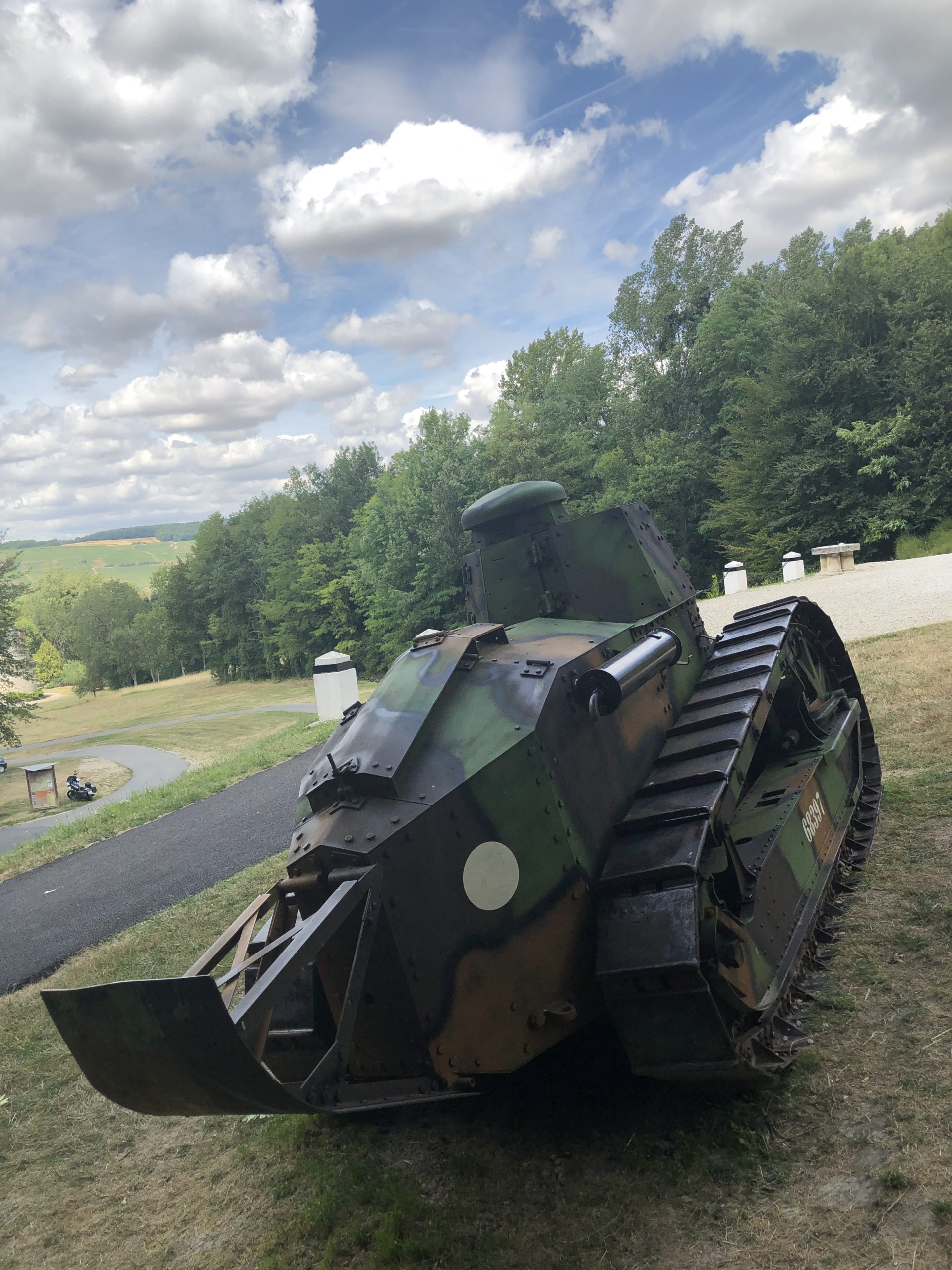 During centuries, across the History of Europe this region knew battles
after battles …Today it is an open-air museum, extending 40 km from east
to west, with many monuments along its length. On the D2 secondary road
between Soissons and Laon, Laffaux mill was a highly strategic position,
fought over by both sides for many months in 1917. The trench-mortar
monument pays tribute to the 12,000 trench gunners who died between 1914 and
1918. 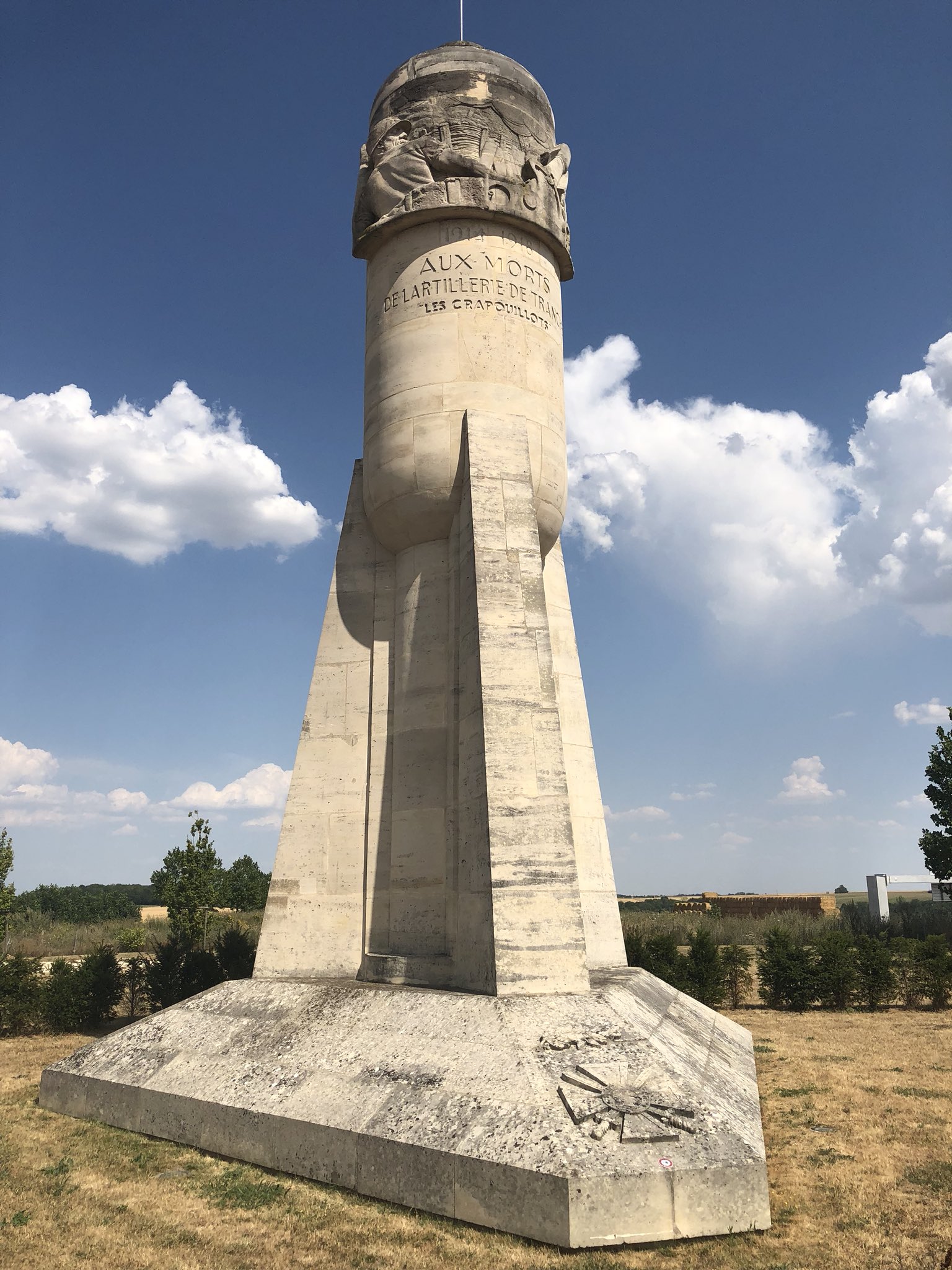 At the western entrance to the Chemin des Dames the guardian angel wayside
cross commemorates French soldiers killed during fighting in the Aisne. 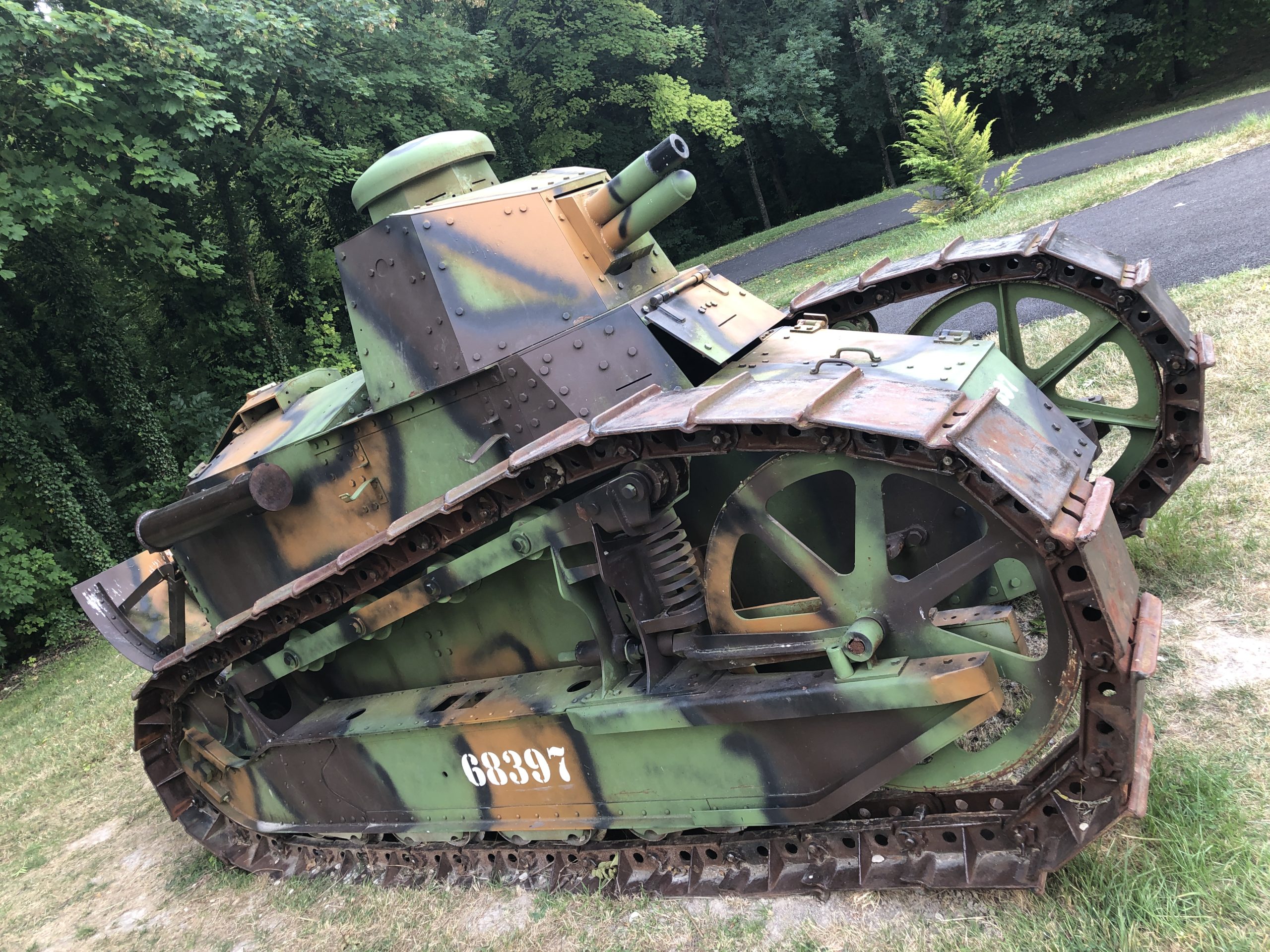 The Fort de la Malmaison, part of the Séré de Rivières defence system,
guarded the way onto the ridge and is today a symbol of the offensive
launched on 23rd October 1917. From the La Royère viewpoint, you can see
Sainte Berthe Chapel down below, in the village of Filain. A plaque
commemorates the battle fought nearby by men of the 283rd Regiment of
Infantry on 23rd October 1917.

On one of the slopes next to the Caverne du Dragon museum stands the
Constellation de la douleur : The constellation of Pain, a sculpture
comprising nine statues in charred raw wood, the work of Christian Lapie,
paying tribute to the courage of African soldiers killed during 1917. 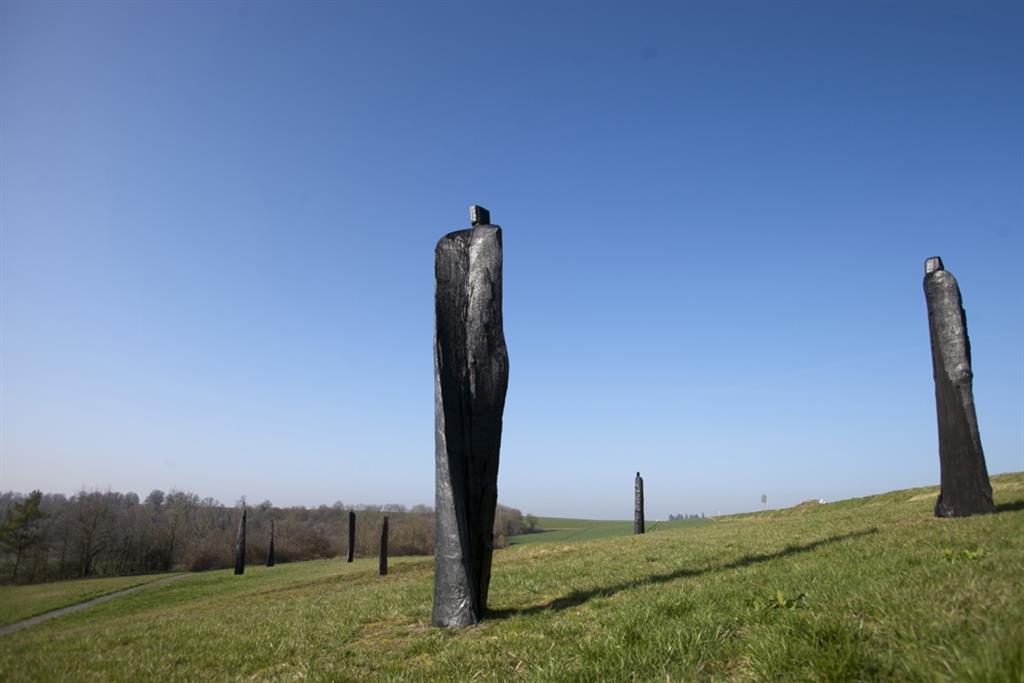 A little further on, the Monument des Basques is an obelisk-shaped war
memorial in honor of soldiers from south-western France. The statue
represents a peasant in traditional costume, wearing a Basque beret. Facing
away from the old battlefield, the figure has its eyes forever turned
towards its homeland. 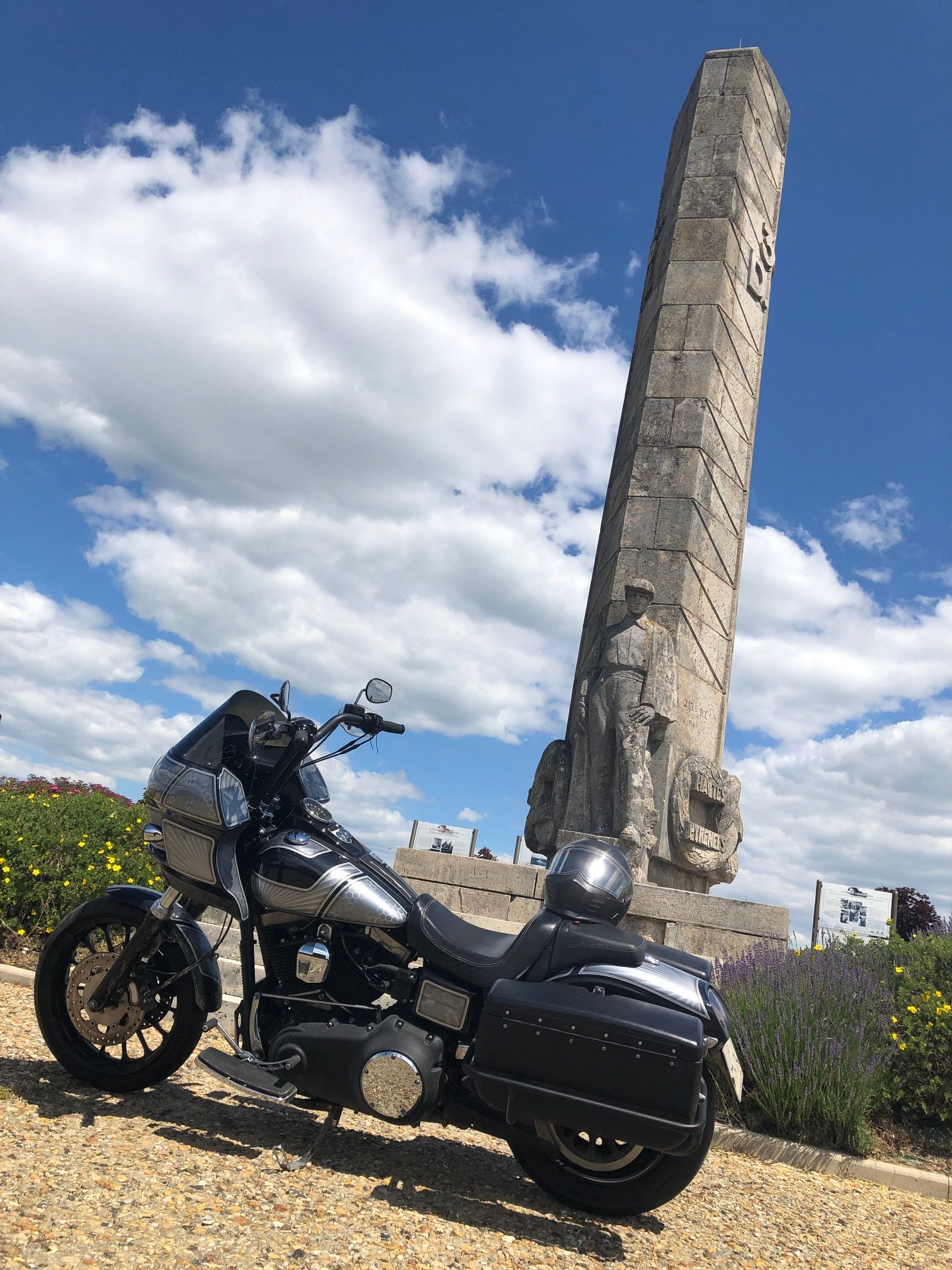 On the plateau de Californie / the Plateau of California, an impregnable
stronghold at the heart of the German operation, stands a bronze sculpture
nearly four metres high, the work of Haïm Kern, called “Ils n’ont pas choisi
leur sépulture” (They did not choose their grave). Close by are the ruins of
the old village of Craonne, destroyed by very heavy shelling in 1917, which
gave its name to the famous Craonne song, associated with the mutinies which
followed General Nivelle’s French offensive. 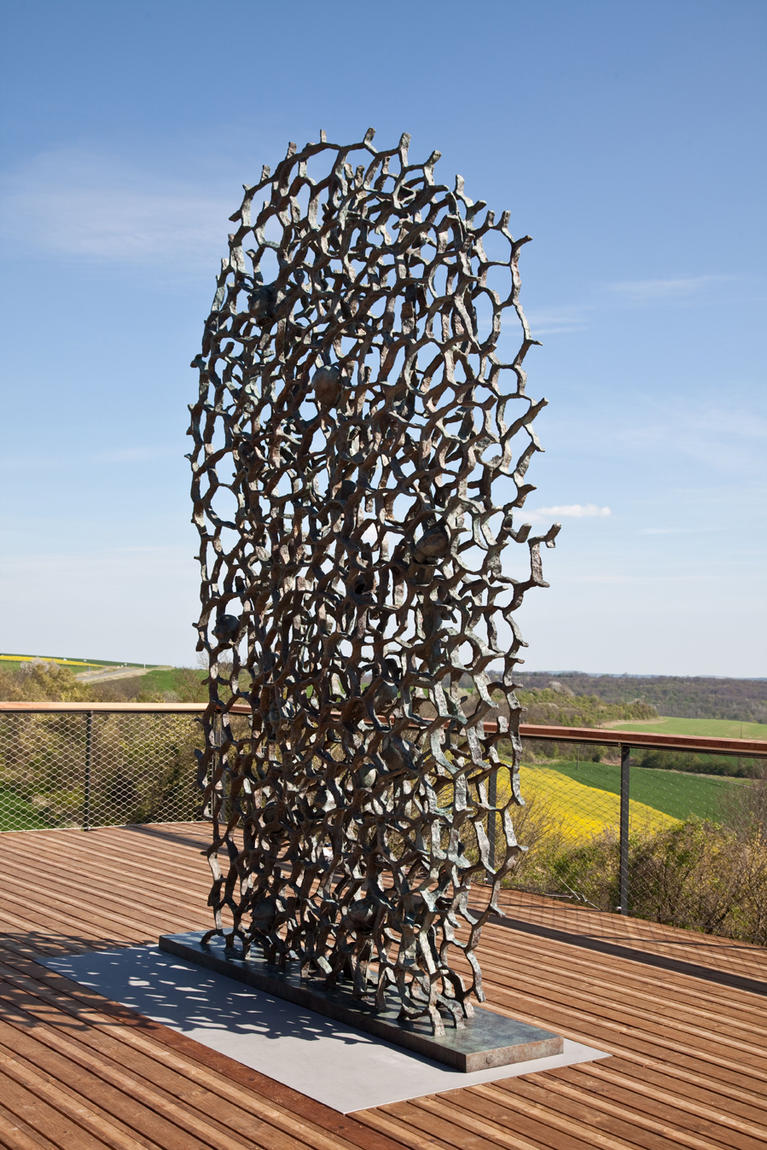 In the forest, remains of trenches can still be seen. 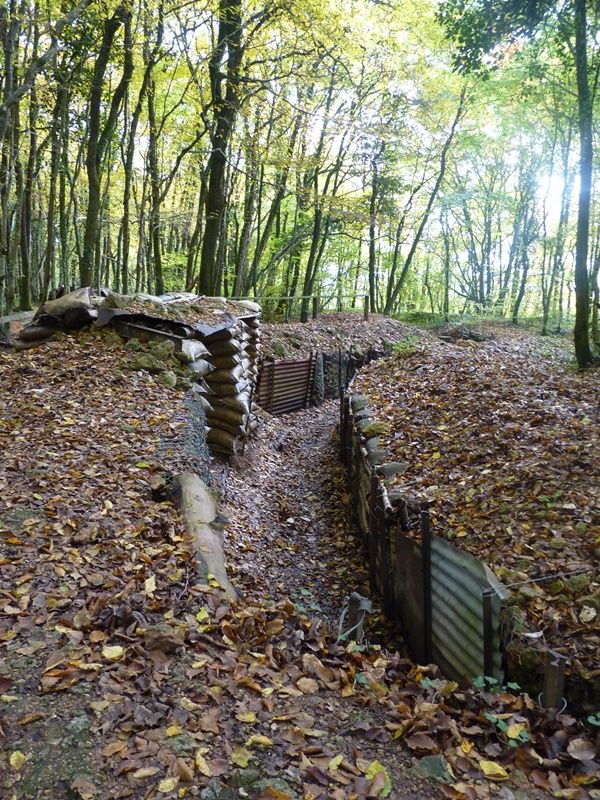 A wooden observation tower, 20 meters high, affords a view of the Aisne and
Ailette valleys, making clear how important this steep-sided ridge was for
military manoeuvres. 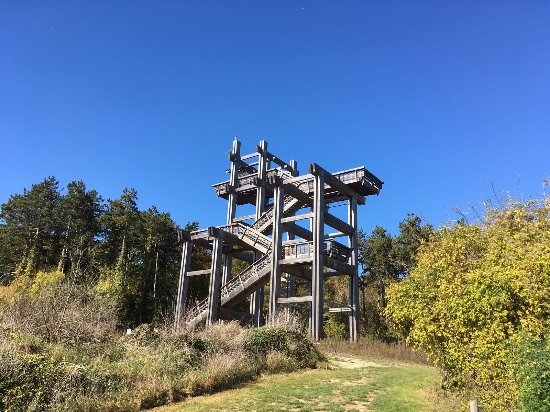 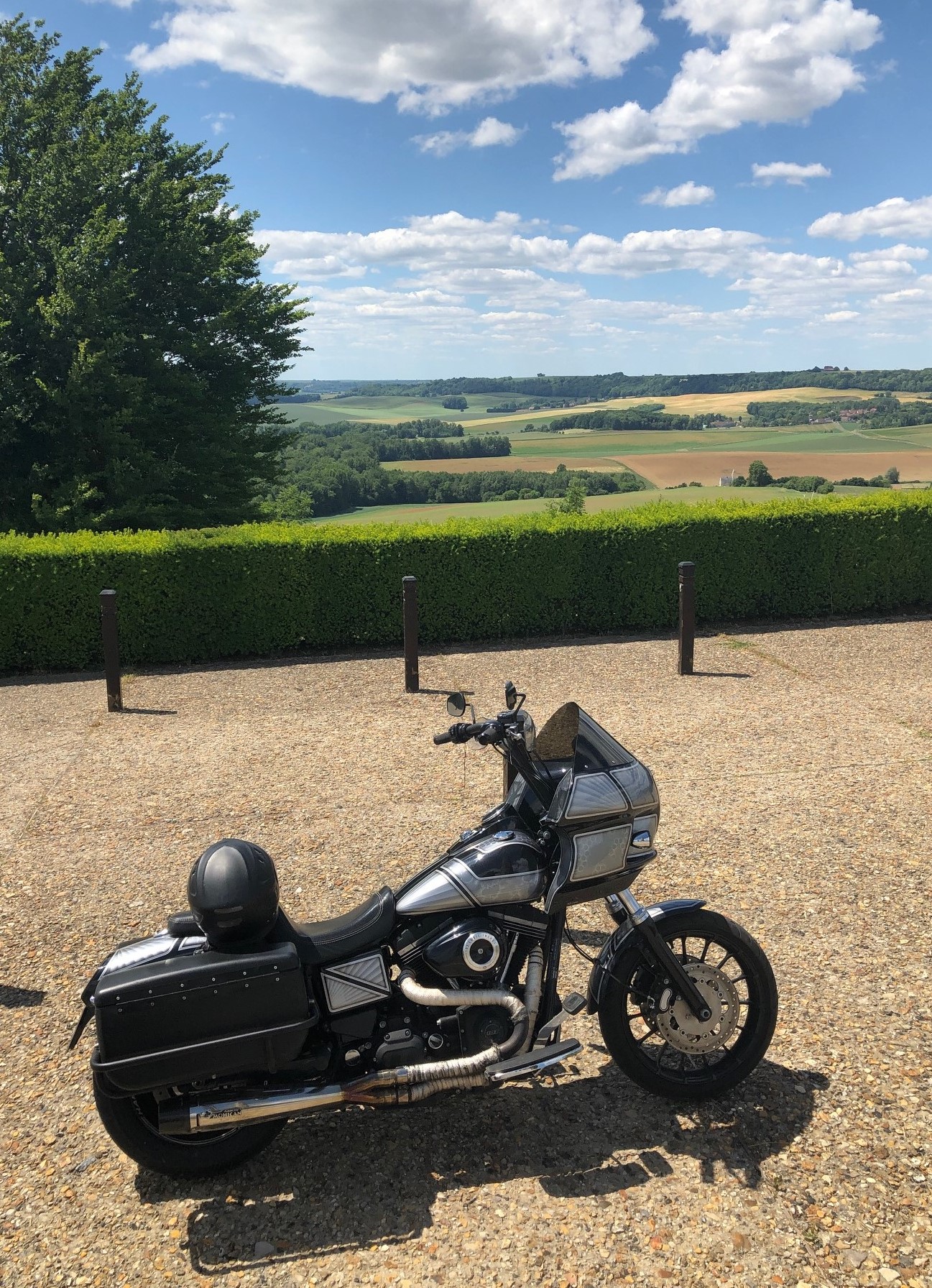 Further south, towards Reims, near La Ville-aux-Bois-lès-Pontavert, in the
Buttes wood, is a stele in memory of the poet Guillaume Apollinaire, who
suffered a serious head wound when a shell exploded on the front lines on
17th March 1916. Finally, the Monument National des Chars d’Assaut stands at
the place where French tanks were used en masse on 16th April 1917. 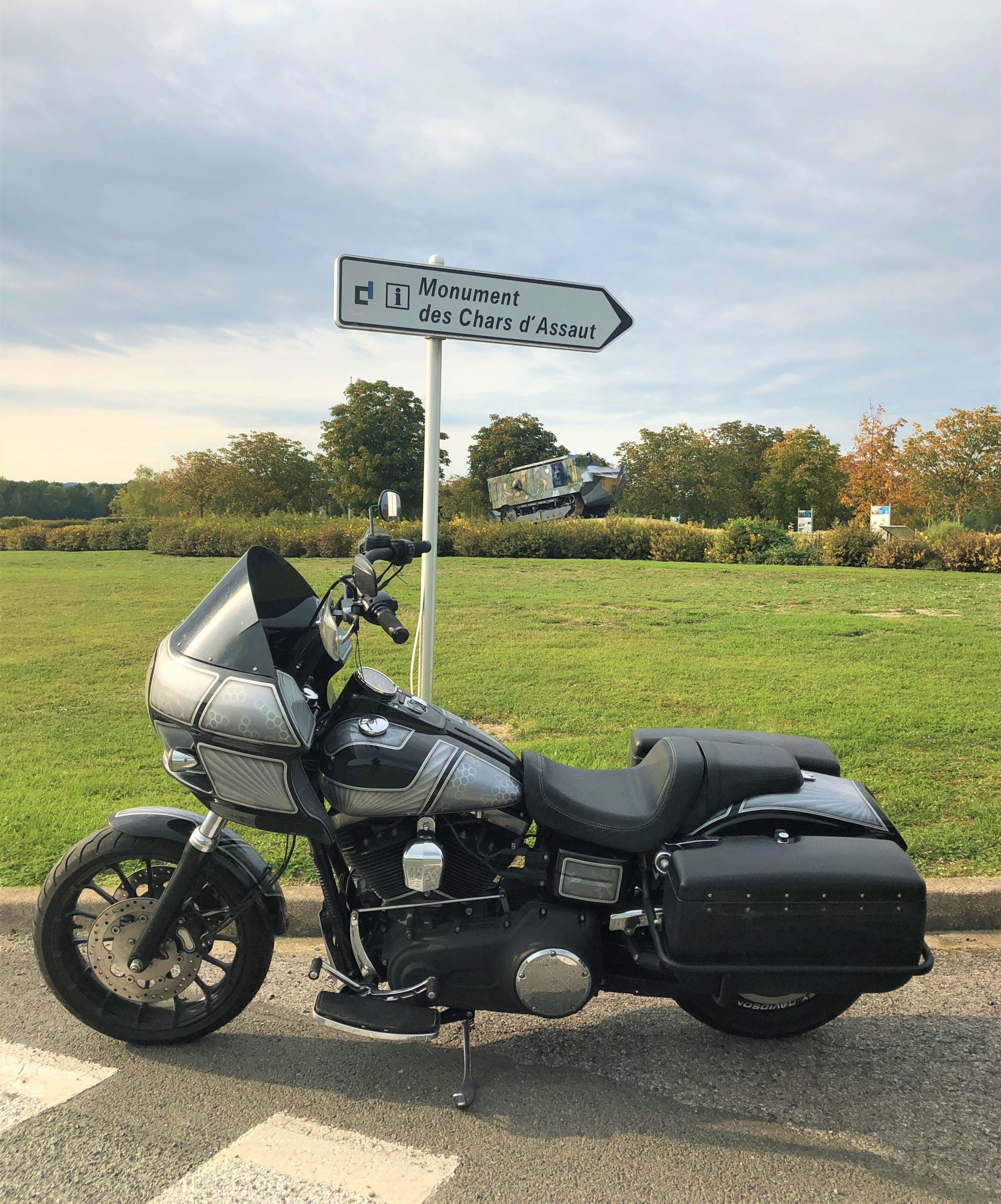 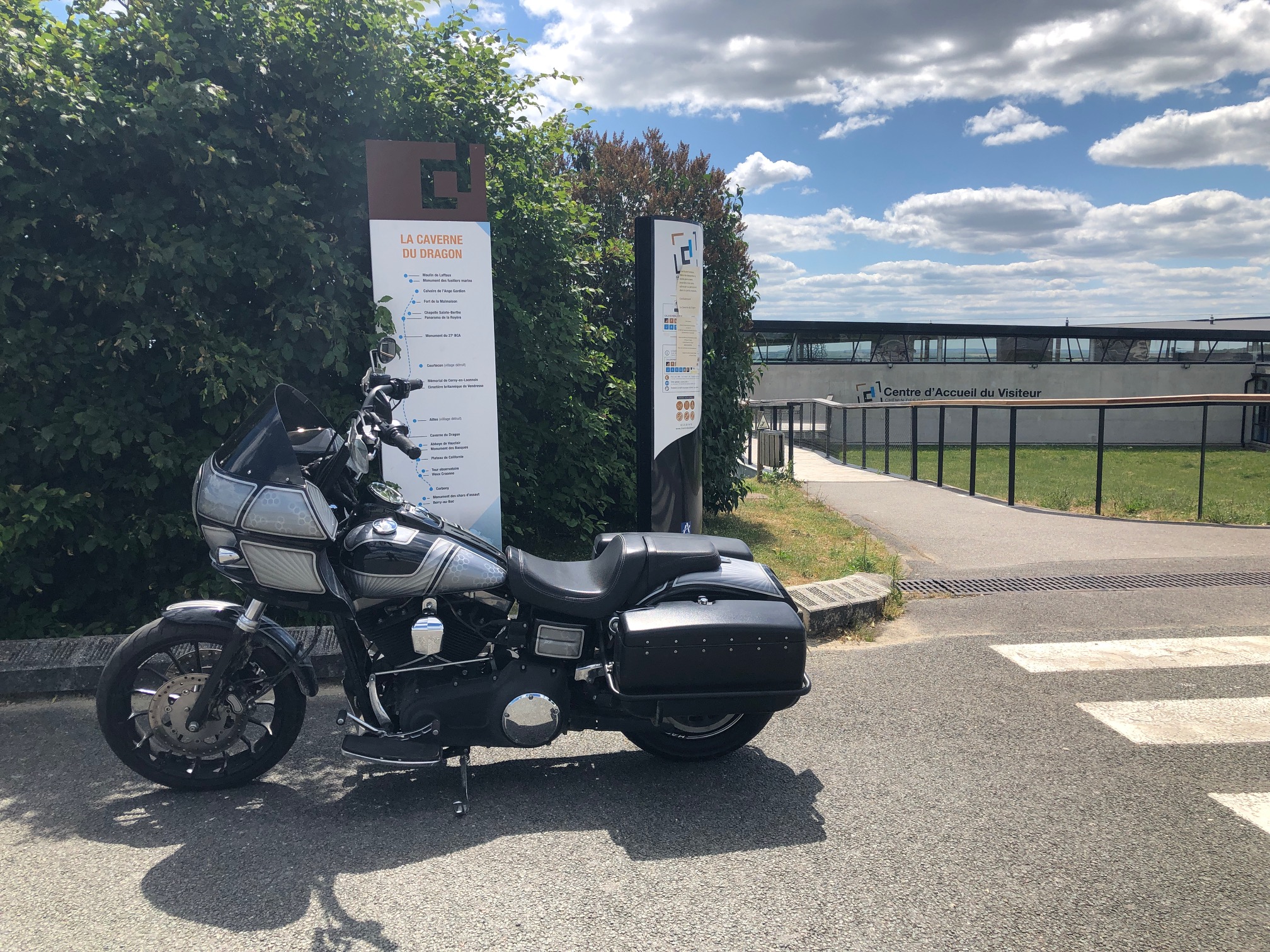 Not far from Le Chemin des dames, you can see caves that the soldiers dug
into the hills to create natural shelters. Today, local farmers/businesses
use them as storage sites. 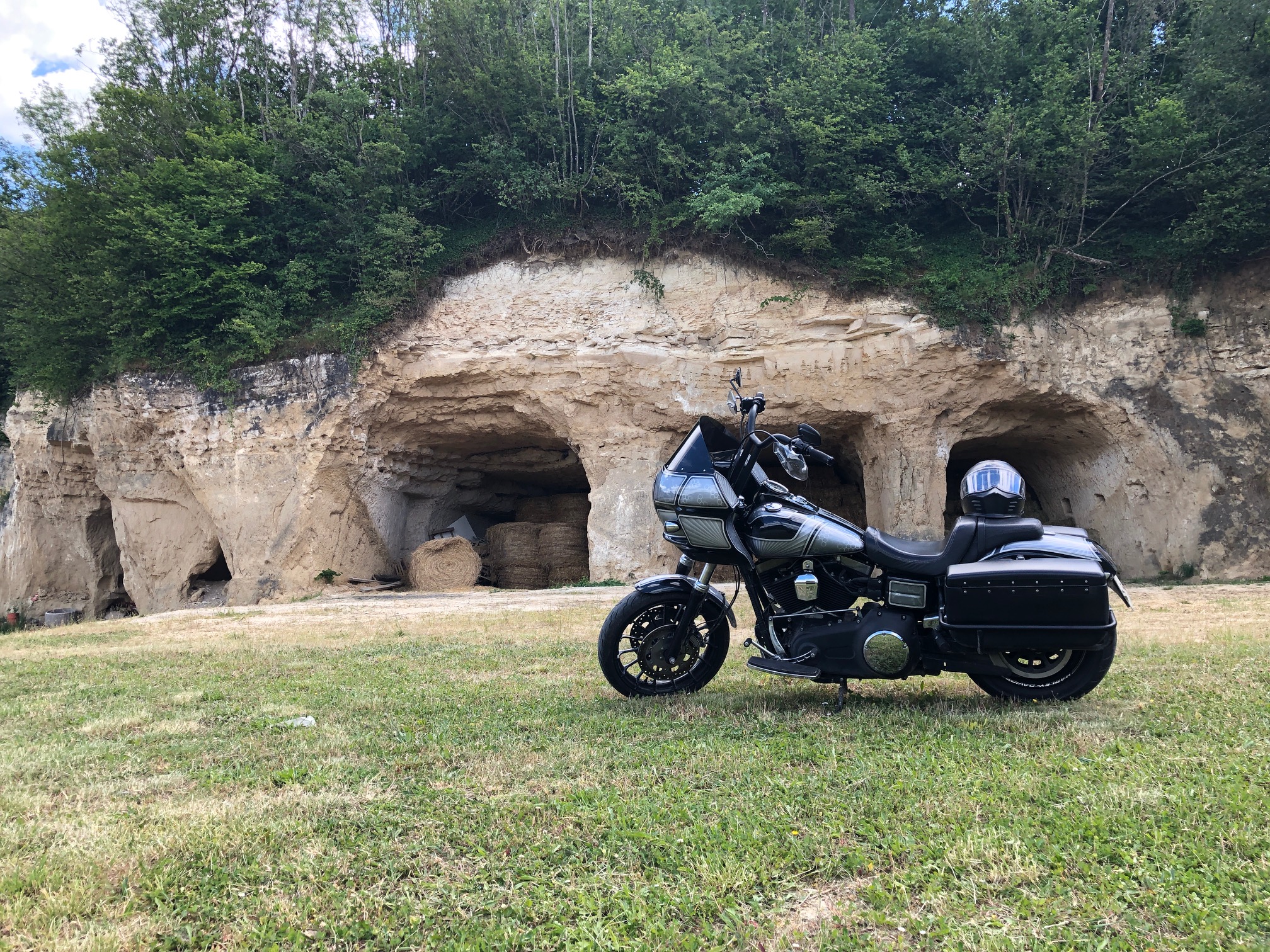 And of course, all around, in the countryside, you can see and visit many
magnificent military cemeteries that pay tribute to the memory of all the
fallen soldiers. Many American sites are there. 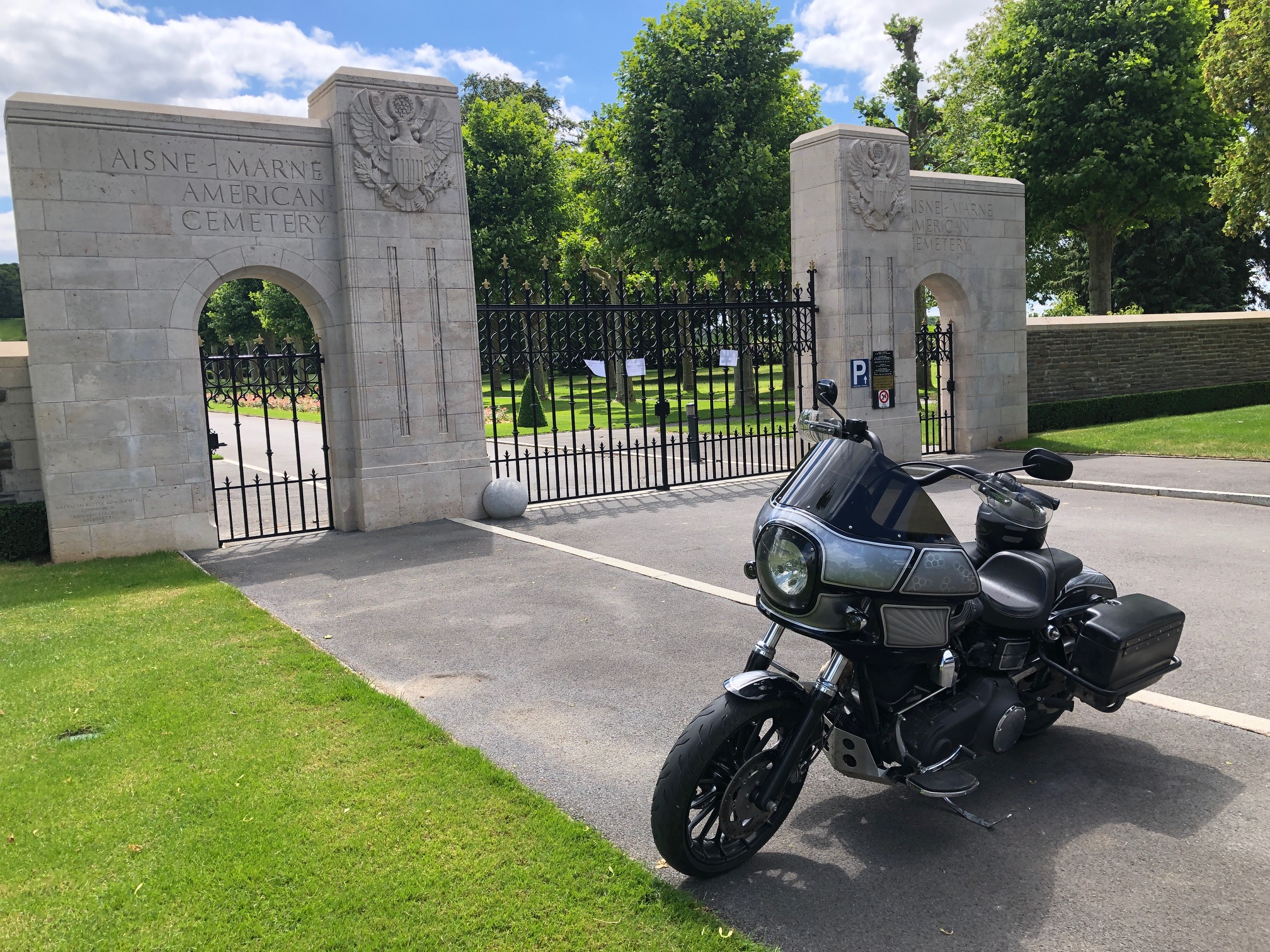 I hope one day I shall have the honor to make you discovering this road
charged of glory. 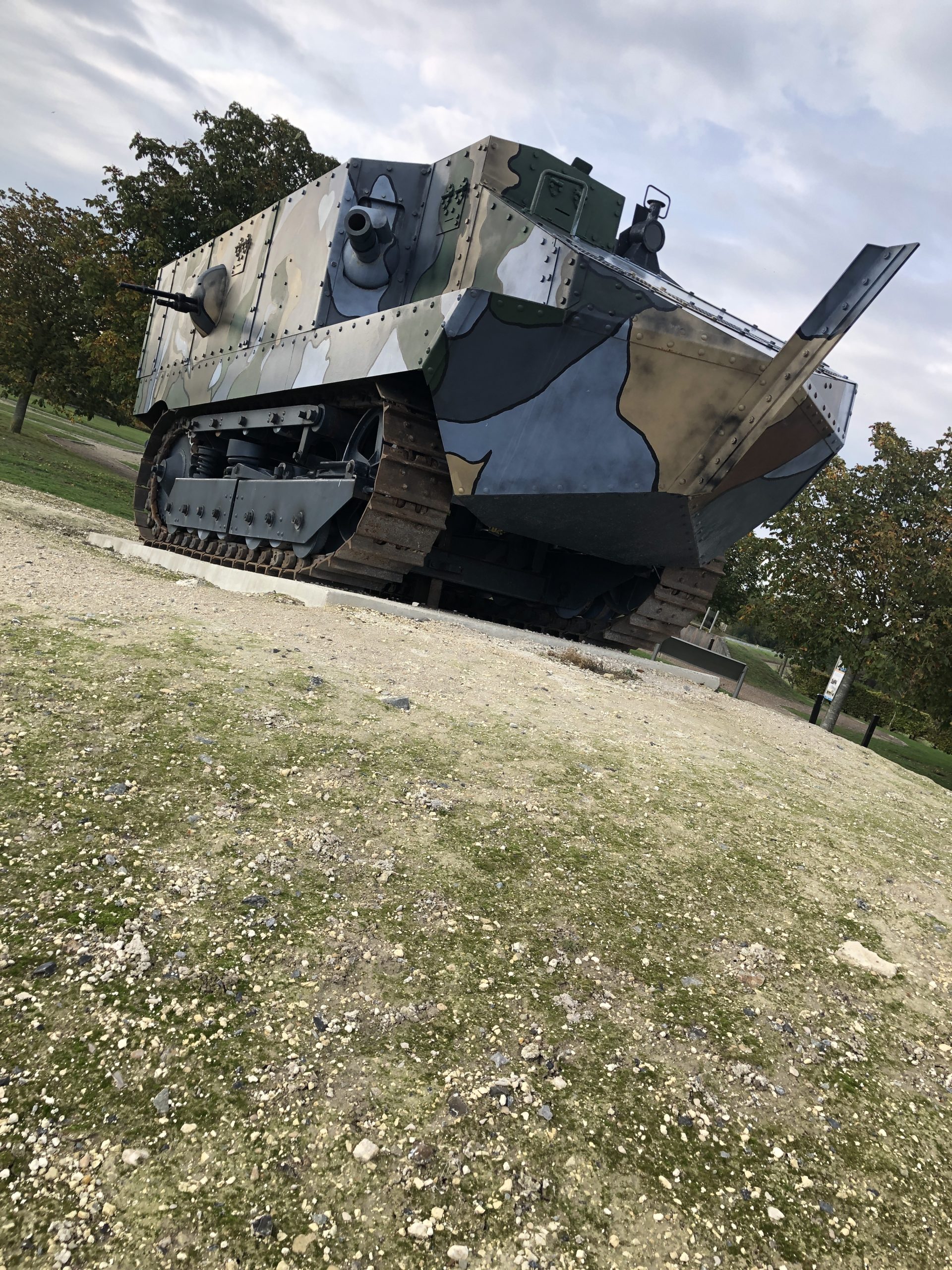 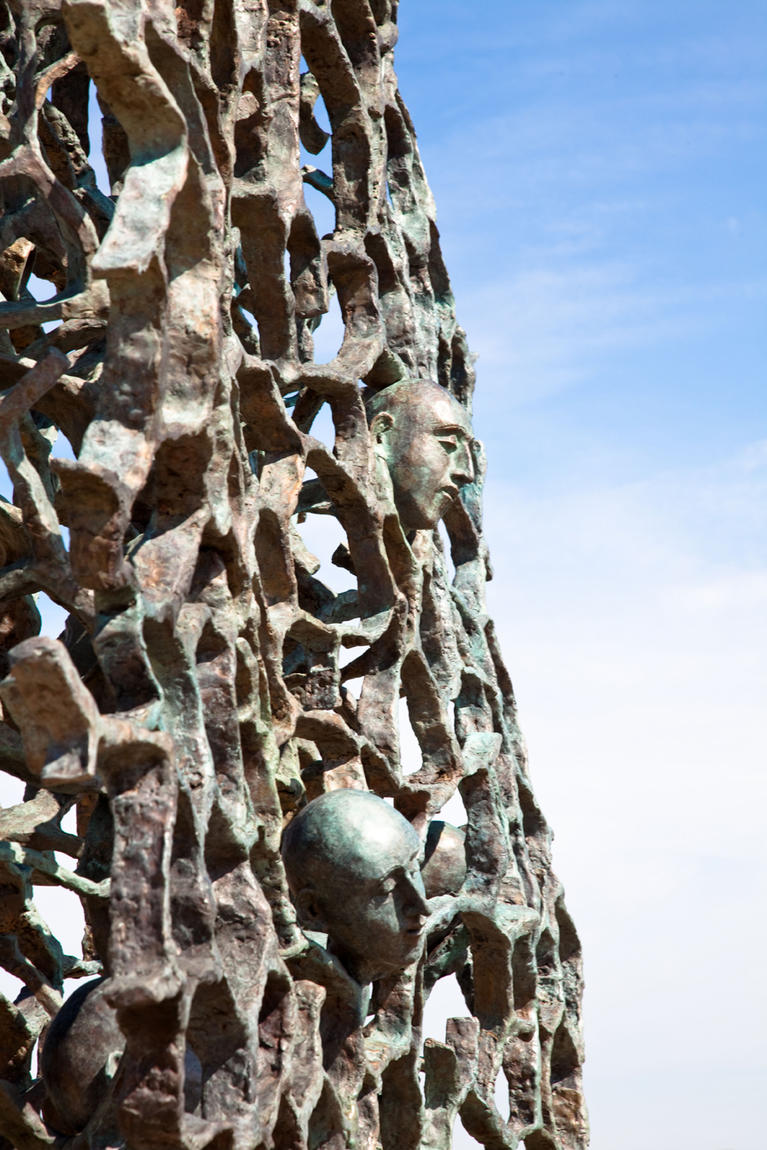 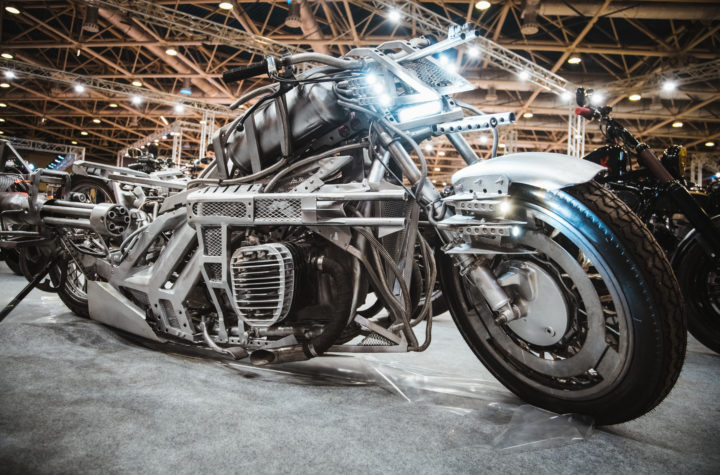 WE ARE ON THE ROAD AGAIN 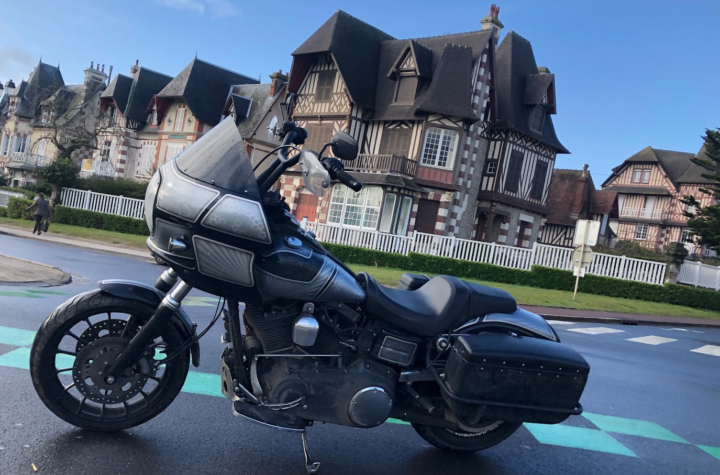 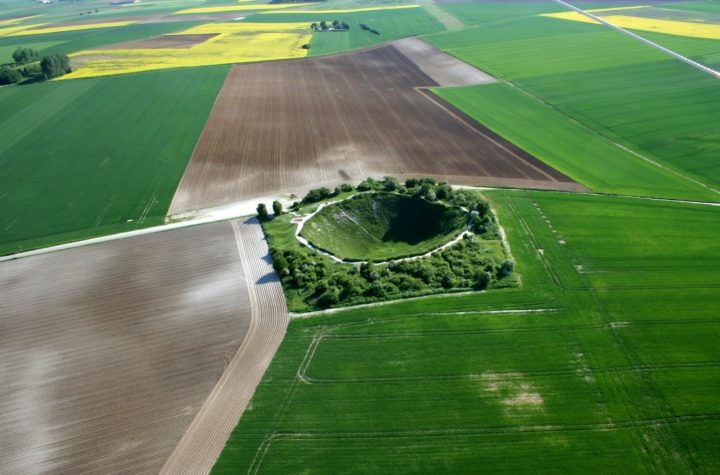