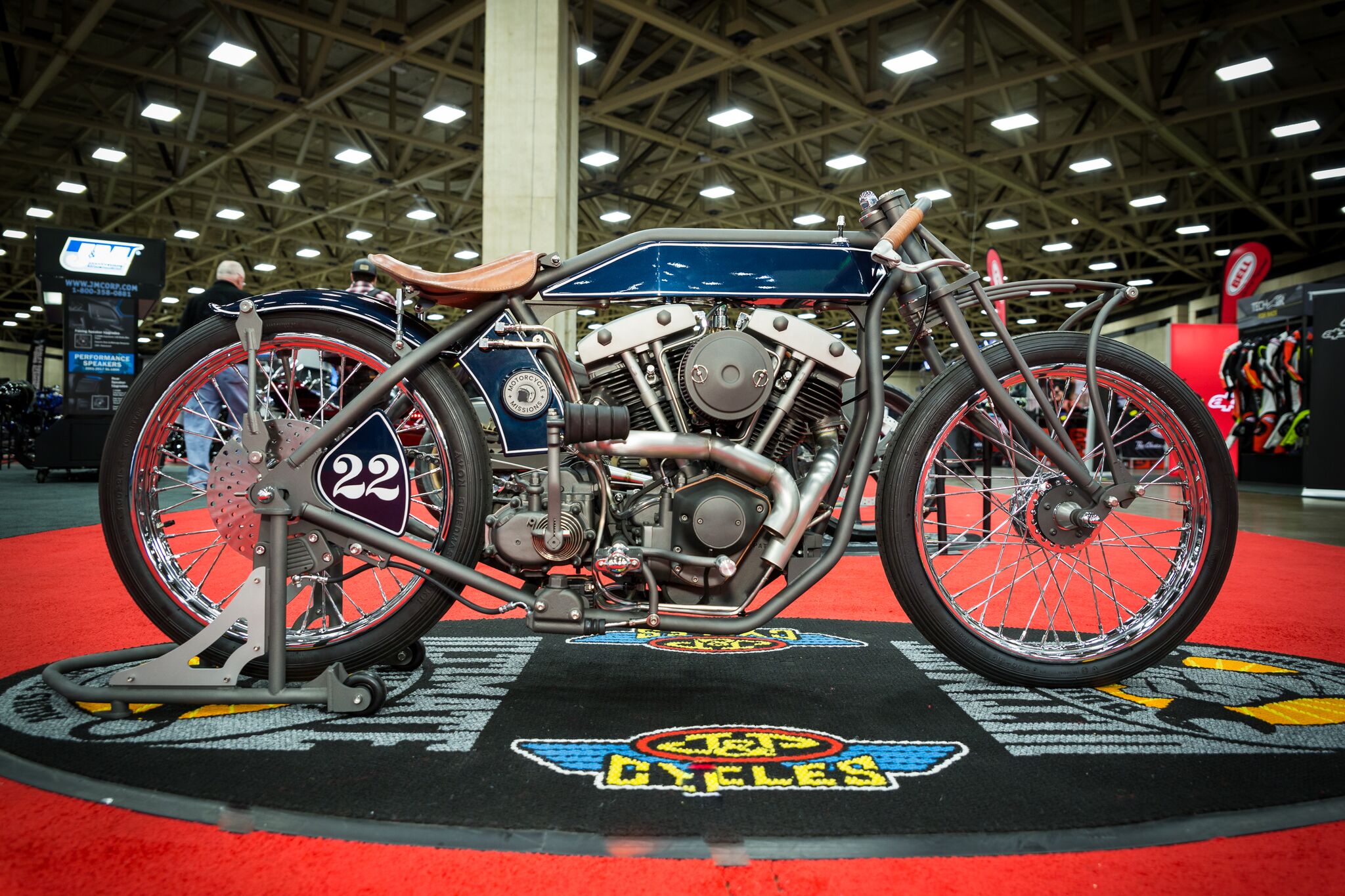 The $20,000 grand prize was presented to Motorcycle Missions, a non-profit organization in Austin, Texas that uses motorcycles to help veterans and first responders address PTSD. Founded in 2015 by Krystal Hess, a pediatric and surgical nurse who found motorcycles while suffering from PTSD. 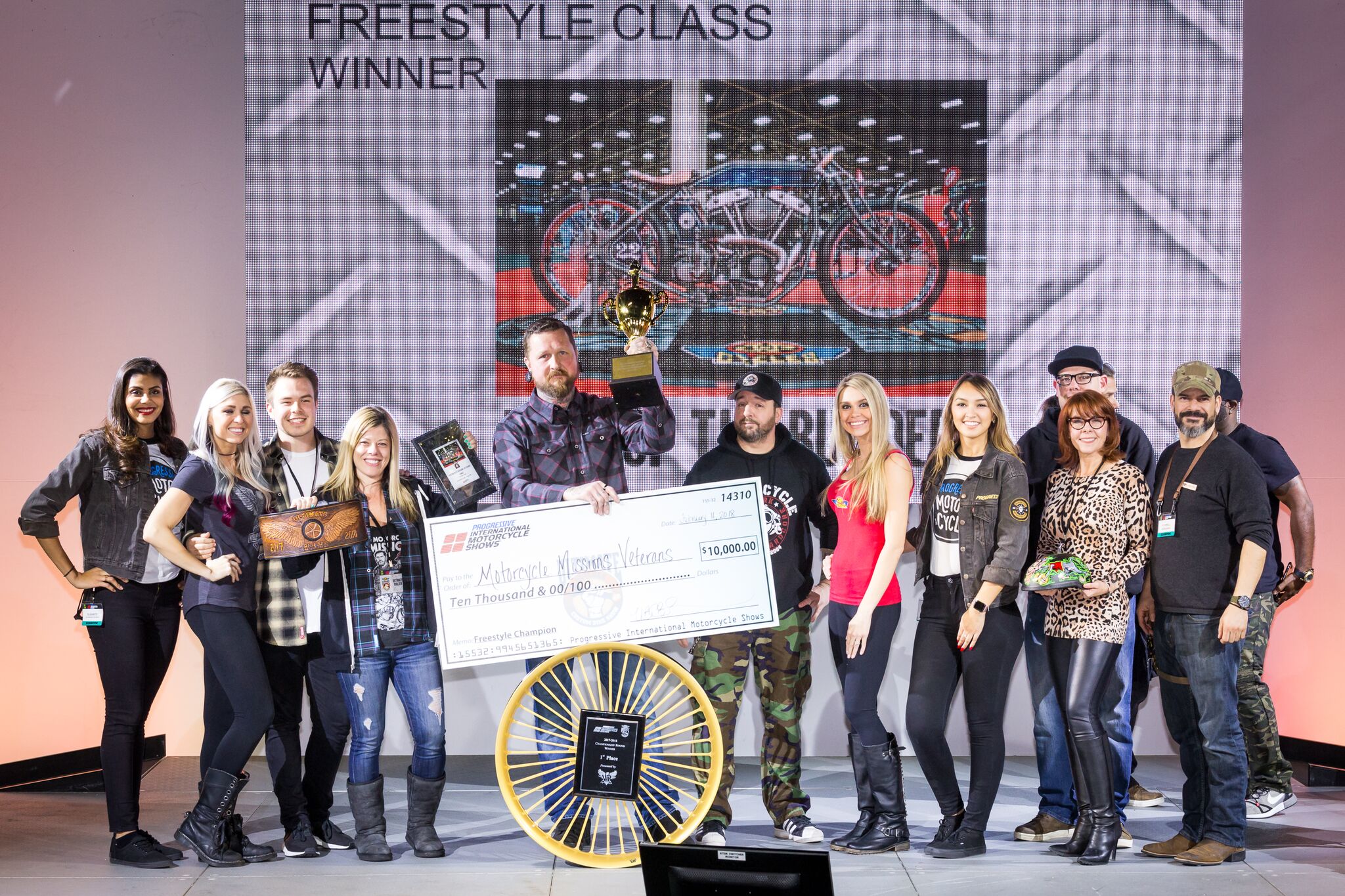 “How can you not be proud of these folks? They served our country and now they’ve teamed up to create this stunning custom motorcycle. We’re honored to name them the Kings of Custom Motorcycle Builders,” said Zach Parham, president of MAG Retail Group.

The motorcycle, nicknamed “Porterfield,” is a 1974 Harley-Davidson donated by a veteran injured while serving in the military. The team was inspired by the style of a board track racer, a popular type of racing in the early 20th century. It features a long slim frame, a solo saddle and low, racing-style handlebars.