Skip to content
A few years back, bikers thought the Buffalo Chip was kidding when they announced that Pee-wee Herman was coming to the Chip’s Wolfman Jack Stage. But they weren’t and Pee-wee was a media showstopper. So this morning, when the band announcement came out claiming Justin Beiber as the big act for the 75th anniversary rally, cyber-mania ensued and comments flew on the Chip’s website. See them here: http://www.buffalochip.com/NEWS-INFO/News/Buffalo-Chip-Announcements/articleType/ArticleView/articleId/396/Bieber-to-Rock-Buffalo-Chip-2015-Motorcycle-and-Music-Festival
Of course, some people figured out that today was April first – and they didn’t fall for the trick. Heres the real band announcement: 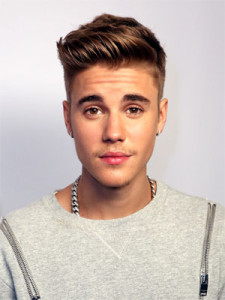 Sturgis, SD (April 1, 2015) – Fans of the Sturgis Buffalo Chip® can now rest at ease knowing the shocking news delivered early this morning that Justin Bieber would be joining the venue’s 2015 festival lineup was merely an April Fools’ joke. The Buffalo Chip let the public’s imagination run wild for hours and is now letting the cat out of the bag with the true announcement. John Fogerty, Godsmack and Styx have joined the growing list of superstars slated to entertain music lovers and motorcycle enthusiasts during the upcoming event.“We just couldn’t let April Fools’ Day slip by without having a little fun with everyone,” said Buffalo Chip president Rod Woodruff. “Now that we’ve come clean and announced that some true biker favorites will be performing this year, our fans should see we’re prepared to make their 2015 party the best yet. The anticipation for this event has never been more intense, and these three incredible bands only add to the growing excitement.”

Fans attending this year’s 75th motorcycle rally anniversary party at the Chip will get to see lead singer and guitarist for Creedence Clearwater Revival and successful solo artist John Fogerty rock the Buffalo Chip’s Wolfman Jack Main Stage Wednesday, Aug. 5. Fogerty’s work has earned him a place in the Rock & Roll Hall of Fame and Songwriters Hall of Fame, as well as the distinction of being named a BMI Icon. The timelessness of Fogerty’s bluesy Southern-fried rock has captivated generations of fans who can look forward to potential live renditions of songs such as “Fortunate Son,” “Bad Moon Rising,” “Proud Mary” and “Centerfield” during his Buffalo Chip performance.

Hard rock titans Godsmack will hit the Chip main stage on Monday, Aug. 3. The Boston rockers will bring with them a catalogue of hits that includes more top 10 singles than any other rock artist to date–a staggering 20. Godsmack’s overwhelming success has made them one of the most highly requested bands among Chip fans.

The audience at the world’s largest biker music festival will have the opportunity to sing along with hit after mega hit when Styx takes to the stage on Thursday, Aug. 6. The long-time rock favorites boast over four decades of barn-burning hits including “Sail Away,” “The Grand Illusion,” “Lady” and many more. The performance will take place on the Chip’s famed Freedom Celebration day, following the Evel Knievel Thrill Show where Doug Danger will attempt a terrifying world record jump in the amphitheater.

In addition to world-class main stage acts, many other performers will entertain crowds throughout the festival on the Buffalo Chip’s six showcase stages. Bands confirmed for these stages include Jimmy Bratcher and Japan’s favorite biker band, MMS.

The concert series during the Largest Music Festival in Motorcycling™ will begin on Friday, July 31 and run through Saturday, Aug. 8, 2015. The campground will open for camping on July 3, 2015.

The Buffalo Chip is the original site for Sturgis Rally concerts and is well known as the center of the rally due to the its long history of delivering the music industry’s biggest names and Best Party Anywhere.

Concerts are free with camping. Passes for the momentous 75th Anniversary Celebration in 2015 may be purchased by calling 605-347-9000 or visiting www.buffalochip.com.

The Sturgis Buffalo Chip is the Largest Music Festival in Motorcycling™. It is the world’s first and leading entertainment destination for the motorcycle enthusiast. Established in 1981, the venue’s high-profile, nine-day festival, known as The Best Party Anywhere™, remains one of the world’s most televised and longest running independent music festivals. Buffalo Chip guests have the freedom to party and play while experiencing world-class concerts, cutting-edge motorcycle events, moving freedom celebrations, outrageous daredevil stunts, unforgivably hot bikini contests and more. The Chip’s® PowerSports Complex is home to many national circuits including TORC: The Off-Road Championship races.. Located three miles east of Sturgis, SD on 600 creek-fed acres, it offers cabins, RVs, camping, a swimming hole, bars, mouth-watering food, showers, paved roads, and more to visitors traveling from all corners of the world. The Chip’s concerts are free with camping. More details are available at www.BuffaloChip.com.