American Flat Track is the most historic form of American motorcycle racing and is entering its 65th season with significant momentum. Comprised of two diverse and highly-competitive classes, the series is headlined by powerful, twin-cylinder motorcycles in AFT Twins presented by Vance & Hines while riders mounted on spirited, 450cc single-cylinder machines battle it out in the AFT Singles division.

With nearly 85 million subscribers, NBCSN is the Home of Motorsports in America. In addition to providing coverage of American Flat Track, NBCSN is also the home for NASCAR, IndyCar, Mecum Auctions, Lucas Oil Pro Motocross.

“We are very excited to kick-off our second season of AFT on NBCSN,” said Jeff Macaluso, Senior Director, Programming, NBC Sports Group. “The 2017 season provided us with some incredible racing and showed us how passionate the riders and fans are of this historic sport. The move to weekends this year, around other marquis motorsports properties, is sure to raise the level even higher.”

American Flat Track’s telecasts on NBCSN are expertly produced by NASCAR Productions, LLC and provide viewers with a window into the dramatic world of American Flat Track. Coverage from all 18 events will feature flag-to-flag coverage of both racing classes. Exclusive features and editorial content highlight the triumphs and tribulations of the world’s elite dirt track motorcycle racers as they battle for glory. Cutting-edge technology including aerial drone footage and onboard cameras will once again put viewers on the edge of their seats as the riders slide through the corners and draft each other down the straights at speeds of more than 130mph.

In addition to the 18 weekend premieres, NBCSN will provide a weekday re-air of each show before they will become available on NBCSports.com and the NBC Sports app. FansChoice.tv, a cornerstone of American Flat Track’s digital strategy, will continue to provide live streaming coverage of every round on the 2018 calendar.

The 2018 season will begin on March 15 at Daytona International Speedway, as American Flat Track returns to a one-of-a-kind race course built on the famous tri-oval at the “World Center of Racing.” This year’s Harley-Davidson TT presented by Russ Brown Motorcycle Attorneys will see faster and more furious racing action thanks to a fresh track redesign featuring wider corners, a faster straightaway and the biggest jump on the calendar. General Admission tickets start at just $30 and are on sale now. Get yours today by visiting Daytona International Speedway’s website at www.daytonainternationalspeedway.com or by calling 1-800-PITSHOP. 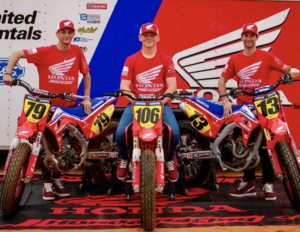 Turner Racing Announces Powerhouse Lineup of Riders and Partners for 2022 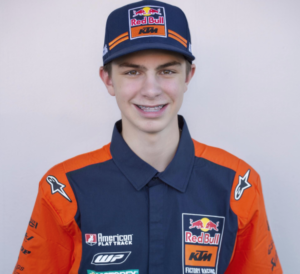 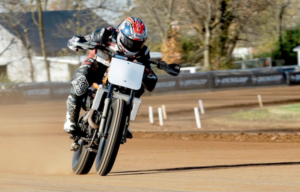