Listed below are the results from the San Mateo edition of the J&P Cycles Ultimate Builder Custom Bike Shows. We had outstanding bikes that pushed the envelope of design and beauty. The class of the field was the FreeStyle-winning Shovelhead chopper from Rick Bray.

Rick took top honors and took home a check for $1,000 and a Nino 925 custom skull ring for his effort. 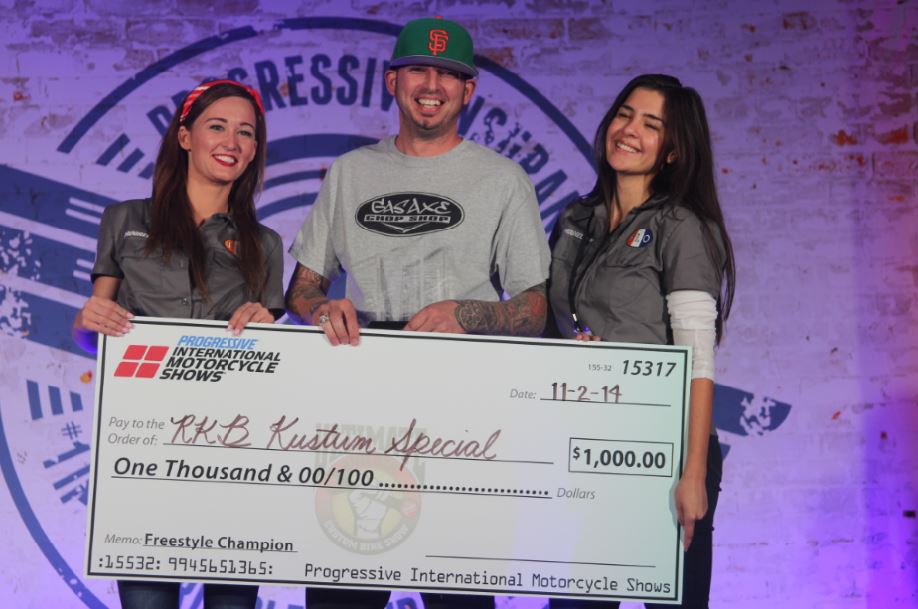 The bike also won at Artistry and Iron just a few months back. It’s a scratch-built chopper with jewel-like construction and features a shovelhead mil.

Paul Binford brought three bikes to San Mateo and came away a winner in the Custom MOD class. Paul is known for his big and bold design and a FTW attitude. He entered a customer’s 2005 Roadglide that had come into the shop with a severe case of road rash. So the bike was disassembled and rebuilt to the customer’s specifications. The results? An award winning Bagger.

Dalton Walker rolled in his 1937 custom Flathead and it just stood out from the crowd. The bike is homage to the 1970’s diggers. The bike features Dalton Walker’s style of high-end fabrication with custom fittings and custom components throughout.

More Winners – Larry Lovisone and his 1994 Honda RC45 won the People’s Choice award and took home a Bell Bullit helmet and a 5 Ball Racing Leathers’ Special Ops Jacket.  Jim Carducci won the Show Dog award, a Solo saddlebag  from Leatherworks . The Show Dog is for the builder or dealer that really works the show and spends time with the enthusiasts.