(Sturgis, SD)- Experience the first-ever all-women’s camping and motorcycle festival at the Sturgis Buffalo Chip kicking off the 77th annual Sturgis Motorcycle Rally on August 4-7, 2017 in South Dakota. Women from all over the world will gather in the mecca for motorcyclists to launch the historical event with live entertainment, private campgrounds, exclusive moto-related classes taught by industry experts, all women-led group rides through the landmarks of the country, and various activities including shooting guns on the range and racing on the flat track. 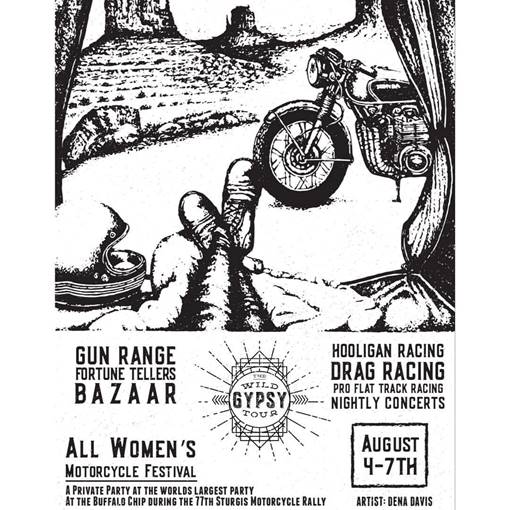 “It’s a private party at the world’s largest party,” said Leticia Cline, one of the founders for The Wild Gypsy Tour. “It’s also unique in the fact that this is the first event of its kind for the Sturgis Rally, and because of that we’re creating history for women and the motorcycling community by bringing in a revival of new faces to this already well-established event.”

Festivities with admission include: