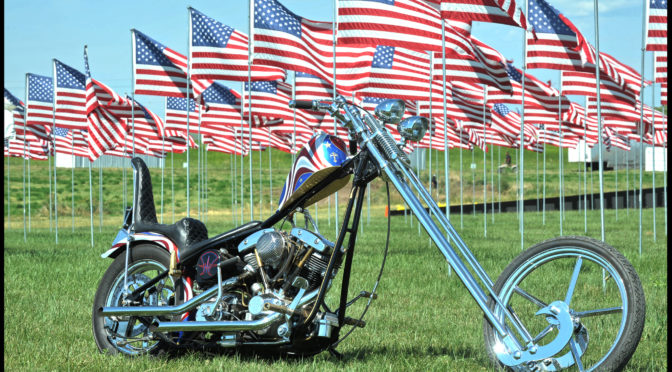 Sturgis, SD (February 14, 2020) Few entities and people have stood the test of time and can rightfully be called legendary like those joining the Sturgis Buffalo Chip lineup today. The Buffalo Chip’s self-proclaimed house band, Lynyrd Skynyrd, is continuing a legendary tradition by finishing off their 40-plus year career with an ultimate send-off on the Wolfman Jack Stage on Sunday, Aug. 9. This is Skynyrd’s second stop at the Chip as part of their three-year “Farewell Tour.” In keeping with the theme, 36 of the world’s most celebrated motorcycle builders have accepted Michael Lichter’s invitation to create and display a motorcycle in the style of their choosing for the Sturgis Buffalo Chip’s 2020 Motorcycles as Art exhibit titled “Heavy Mettle: Motorcycles and Art with Moxie.” All invited builders have completed at least 20 custom builds and been in business for at least 20 years. The one-time exhibit will also feature photographs captured by Lichter over his 40 plus-year career. The exhibit is free and open to the public at the Sturgis Buffalo Chip Event Center from 2 p.m. to 10 p.m. Saturday, Aug. 8 through Friday, Aug. 14, 2020. END_OF_DOCUMENT_TOKEN_TO_BE_REPLACED 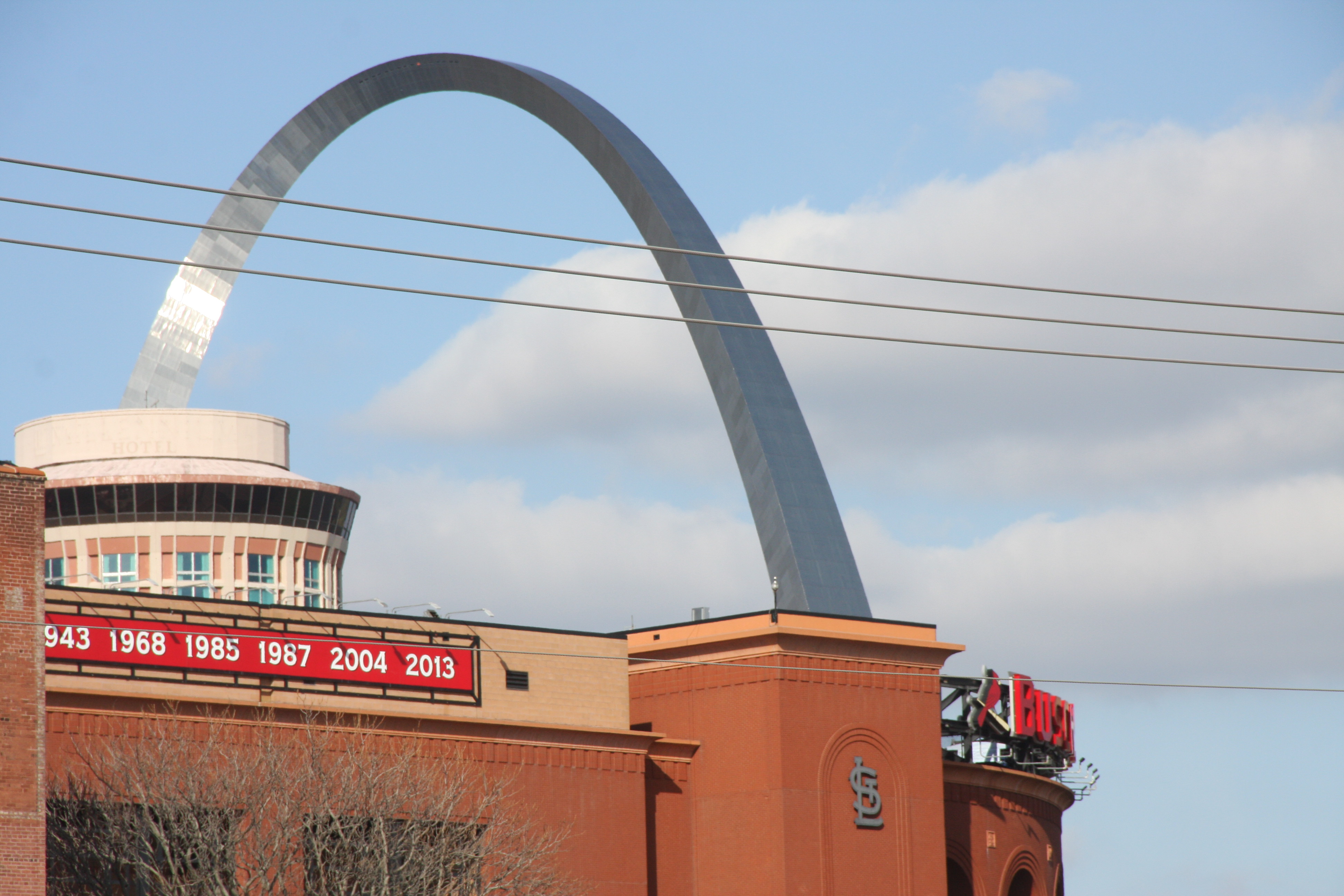 Cycle Showcase is a hometown show – but it isn’t. I mean, if you’re in the St. Louis two-wheeled scene, you’re there, but the reach is much bigger than that. Builders from all over Missouri were invited and nearby states such as Kansas, Illinois and Indiana were well represented, too. But once you add in Denver, Colorado and even Brooklyn, NY you have an event with a stronger vibe and a greater impact than the one-town label fits.

Randy Noldge started the show a few years ago, at another location in downtown St. Louis and at a different time of year. Yet despite those changes here, at the 4th show in five years, in the shadow of Busch Stadium just a day before Major League Baseball’s opening day, bikers took center stage without a hiccup.

Because of opening day at Cardinal Stadium, Cycle Showcase STL happened Friday night, 5 to 10, and Saturday from 10 to 5 – instead of Saturday night and Sunday as in the past. But that didn’t matter. This year’s new venue had ample space for the invited show bikes plus room for select, eclectic vendors along with the American Motordrome Wall of Death, a bar serving Schlafly brews, plus food trucks and bike parking.

Randy related his last-minute scramble to get the venue ready – there was nothing easy about it. Still, it felt right and worked well. Credit goes to Randy’s vision, hard work and a host of stalwart friends who pitched in. The set-up was perfectly rustic with a touch of class. Just right.

Along with the bikes, there were invited artists lending their talents and, once again, presentation was right on. Chain link with black backdrops provided a framework for artists’ work. We found several new talents and delighted in meeting up with those we already knew, such as Darren McKeag who came in from Iowa..

If we didn’t get a shot of every invited builder’s bike, well shame on us. We tried, though, so enjoy the gallery here. Better yet, get Cycle Showcase STL on your calendar for next year. 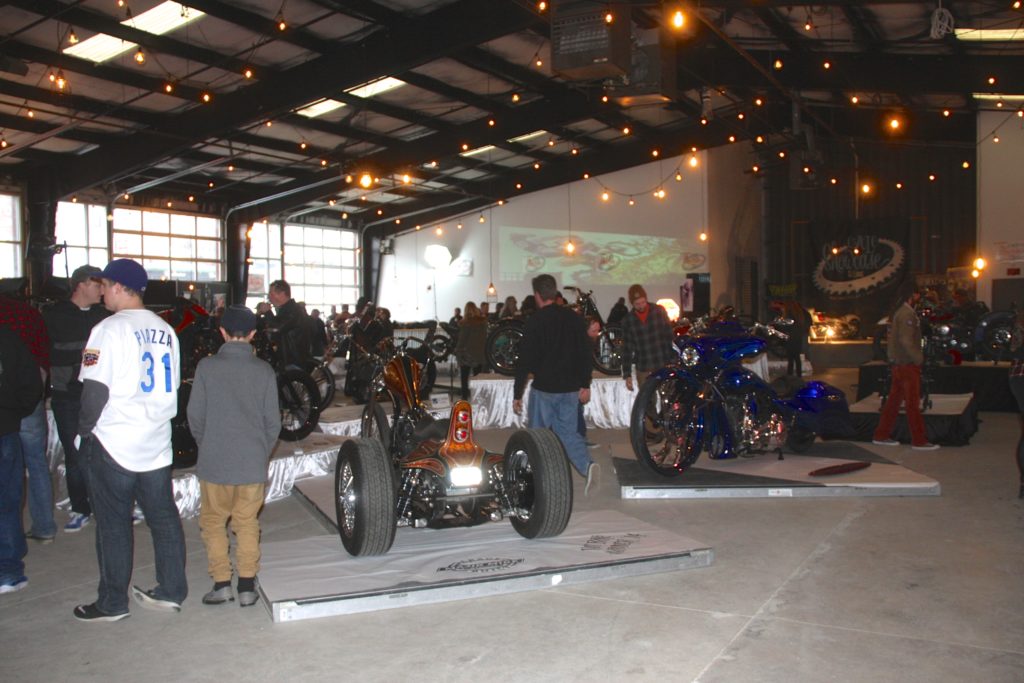 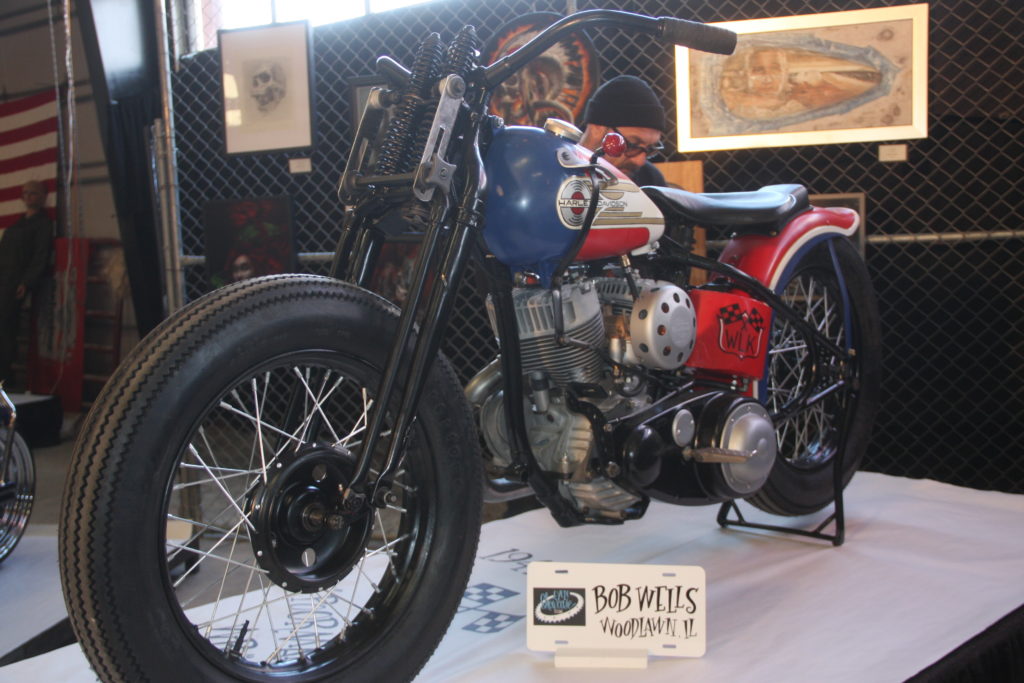 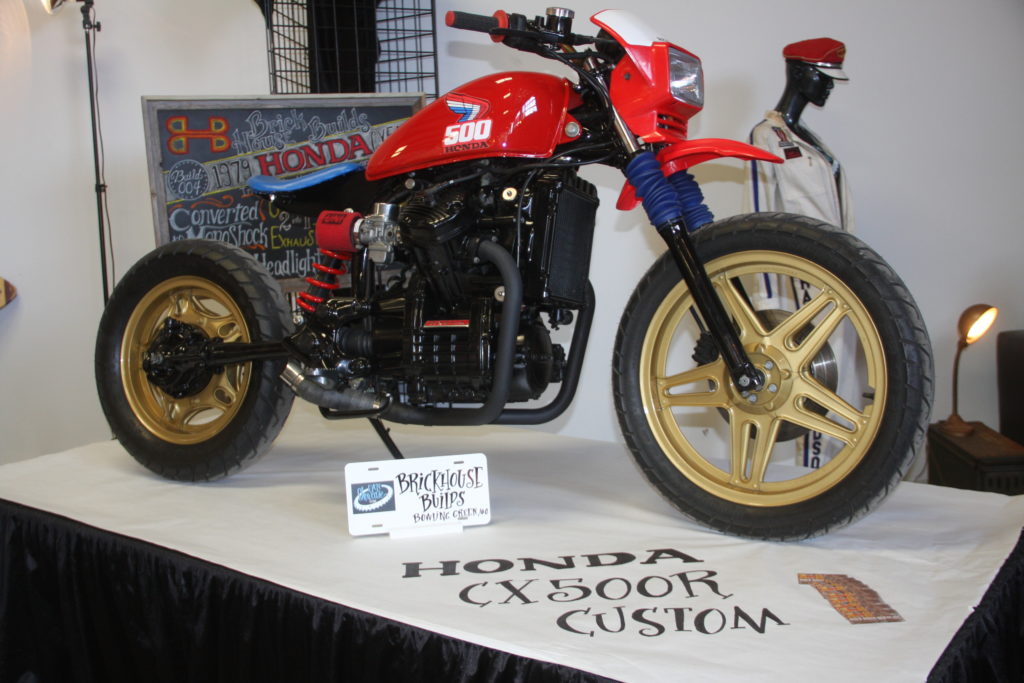 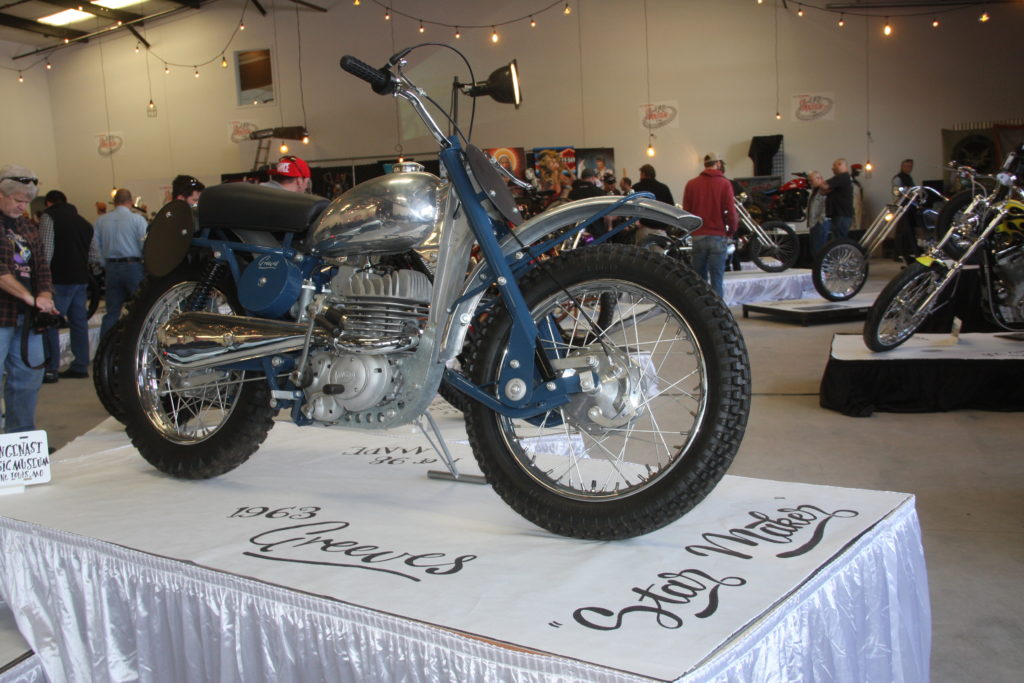 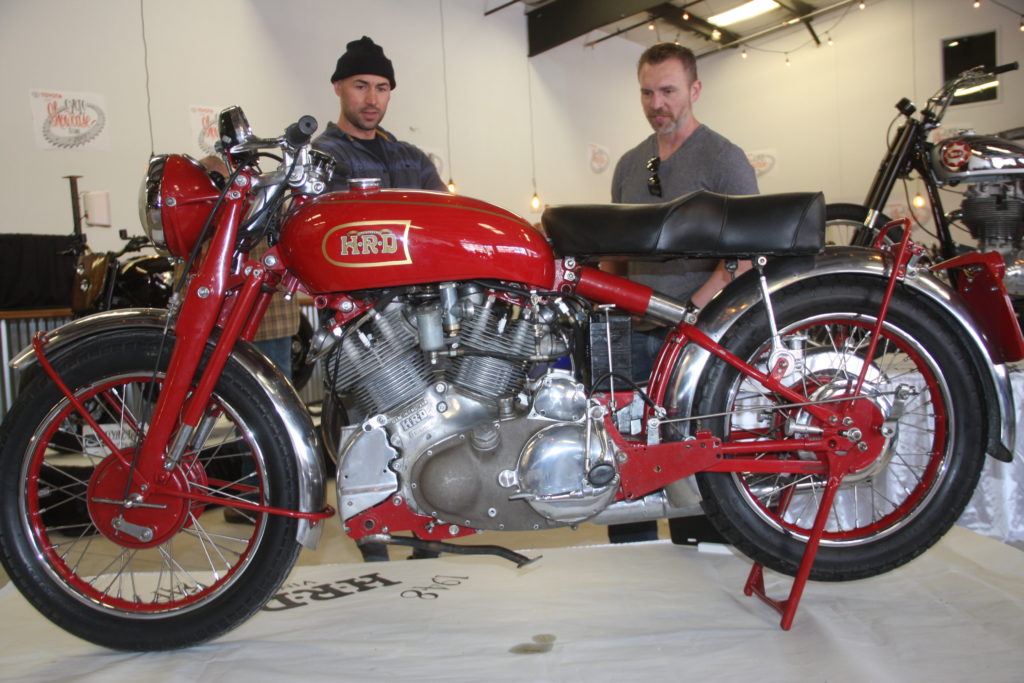 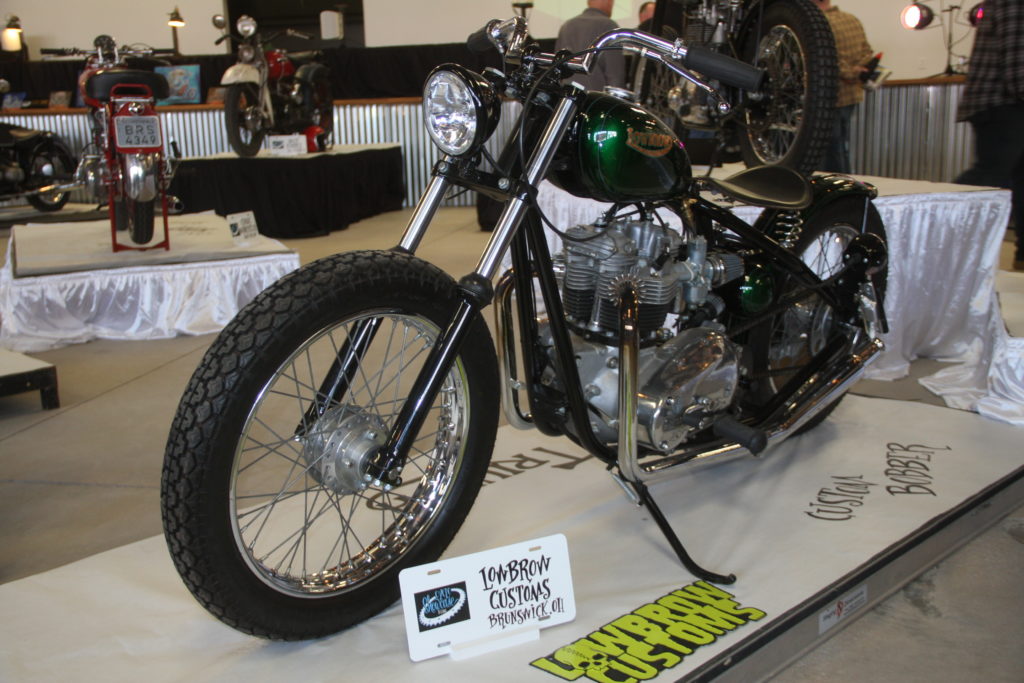 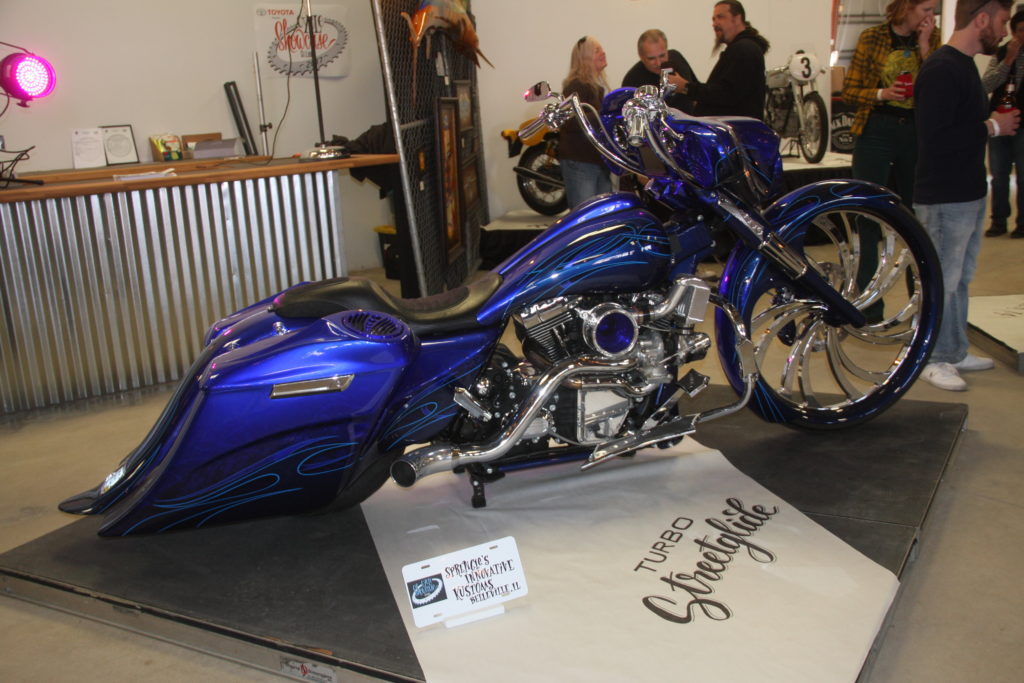 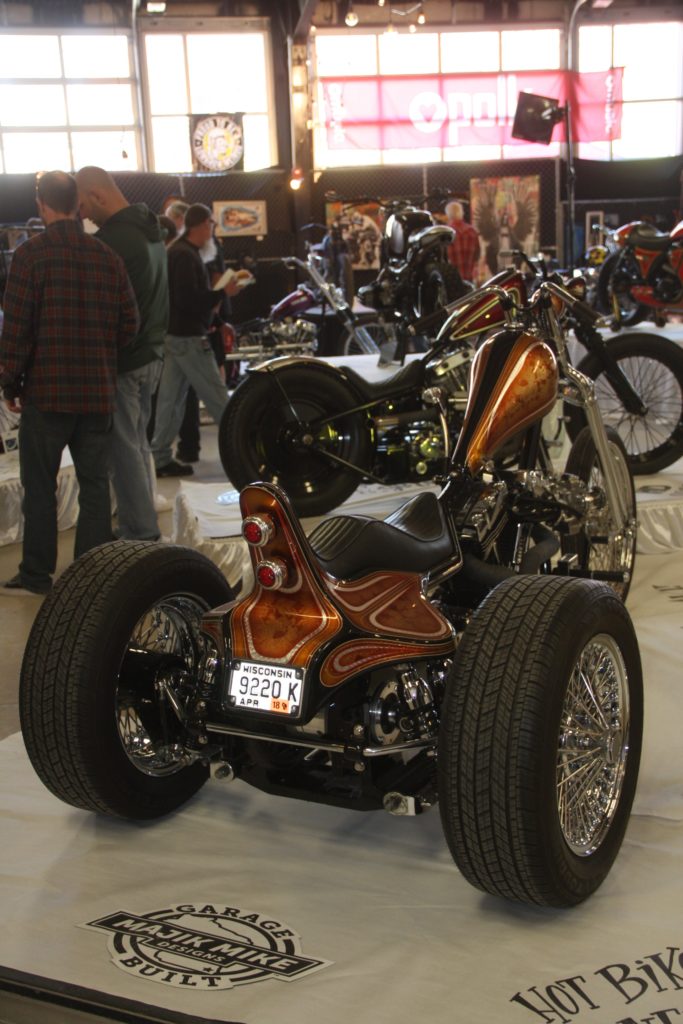 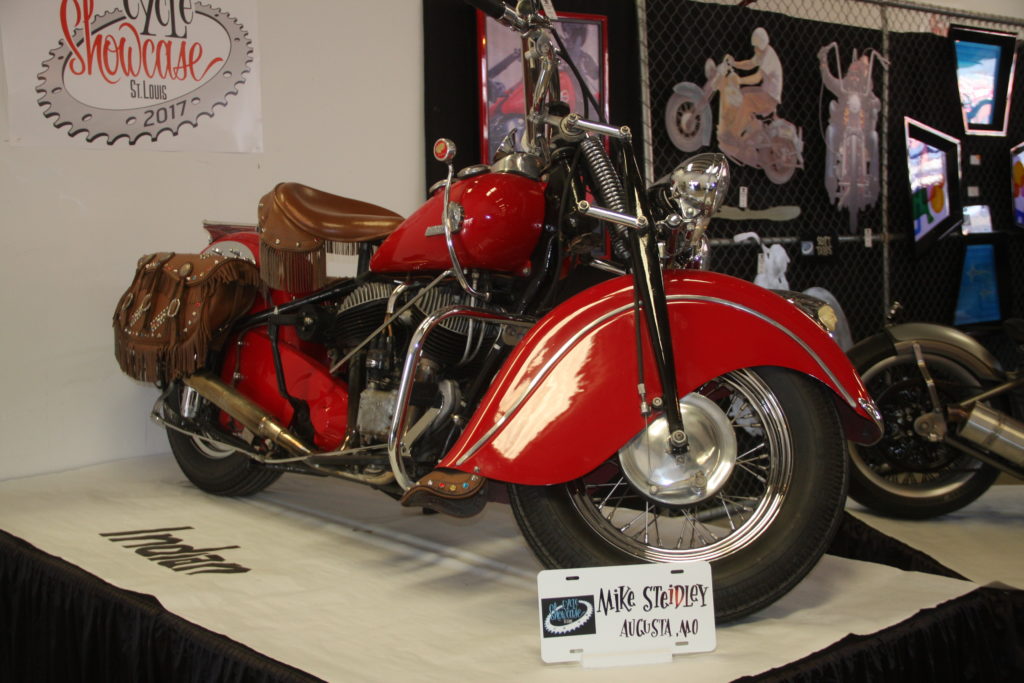 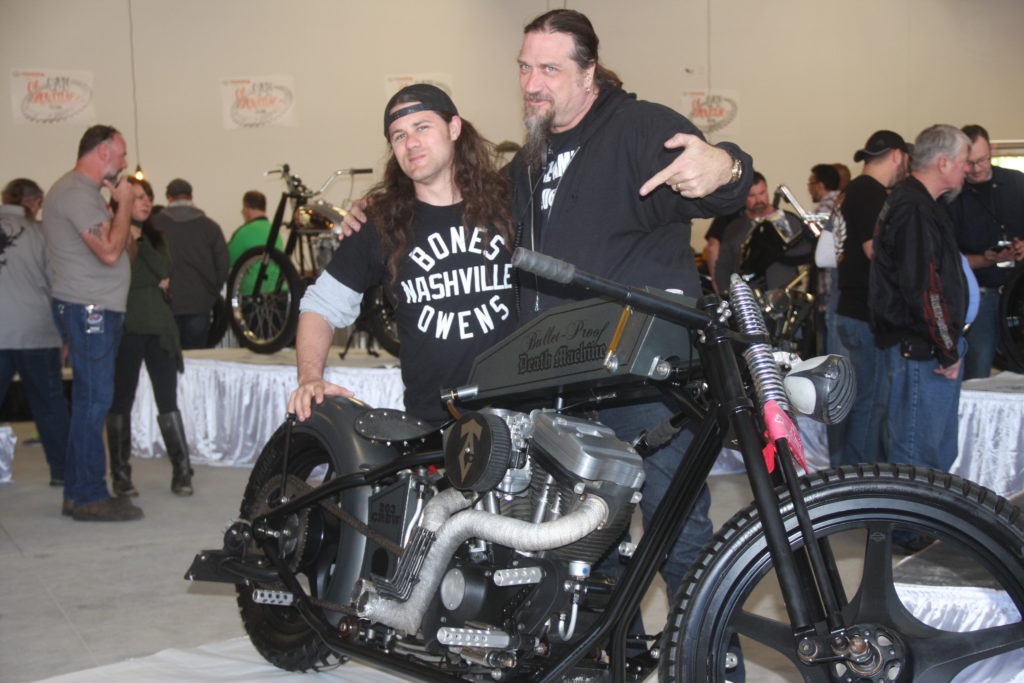 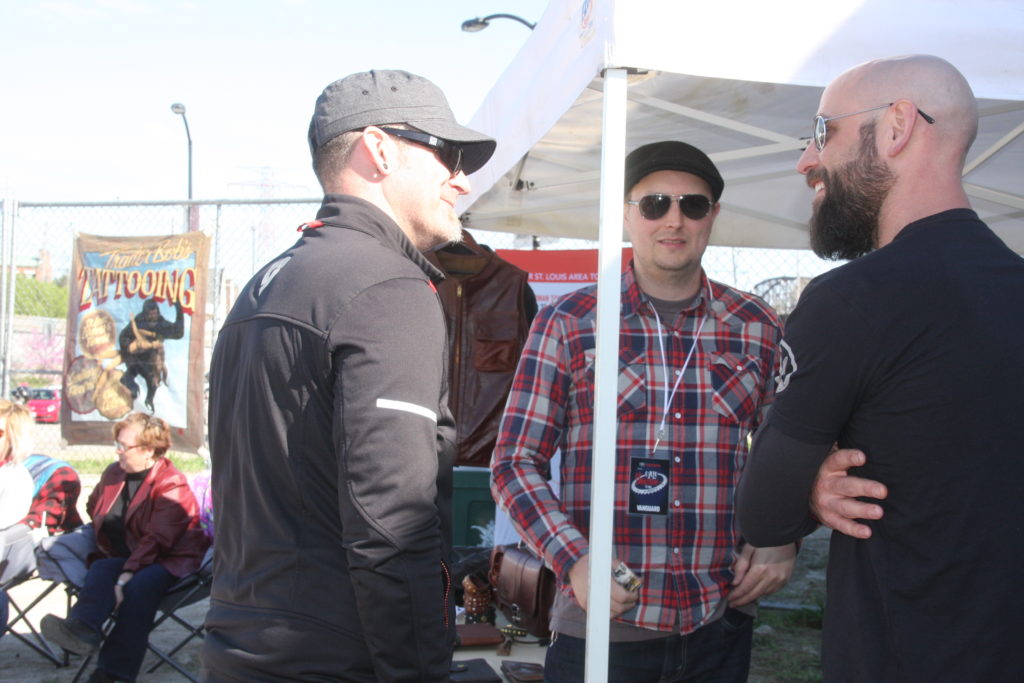 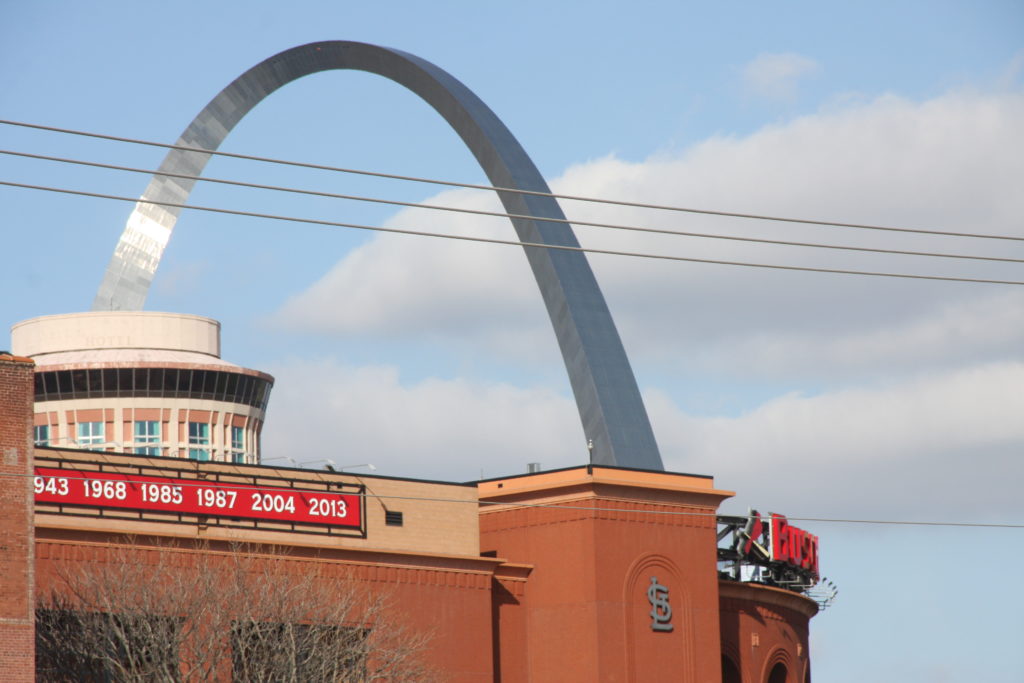 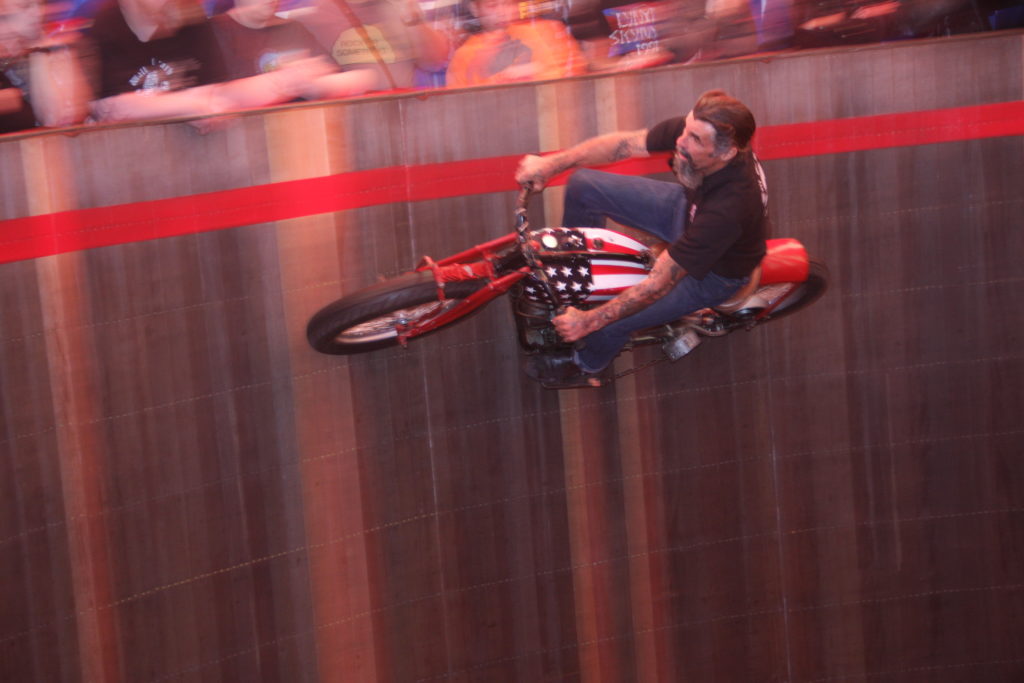 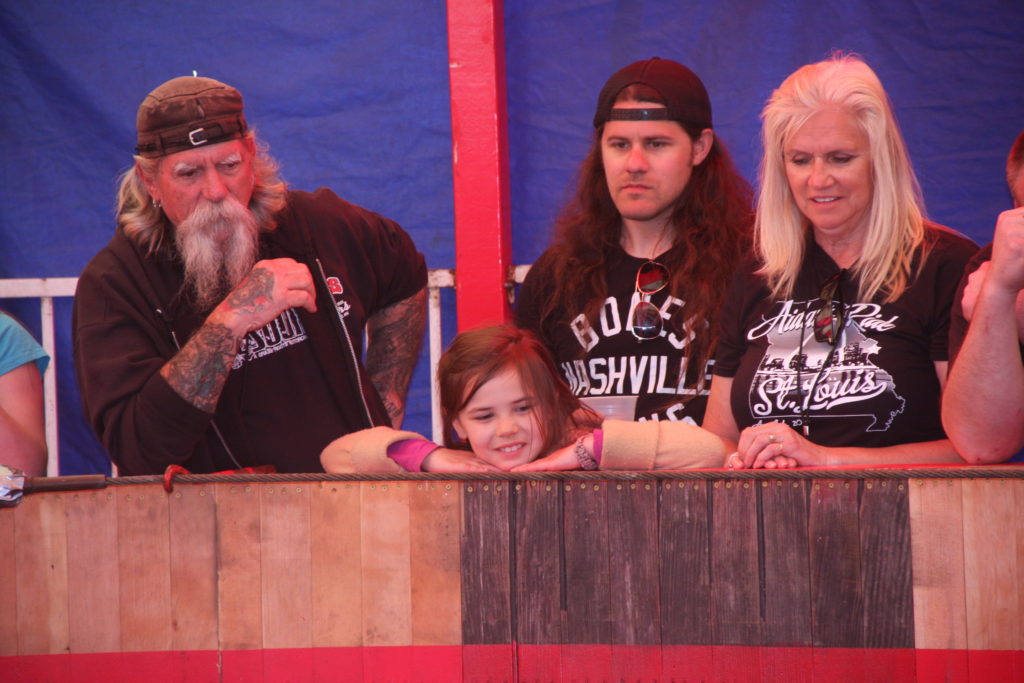 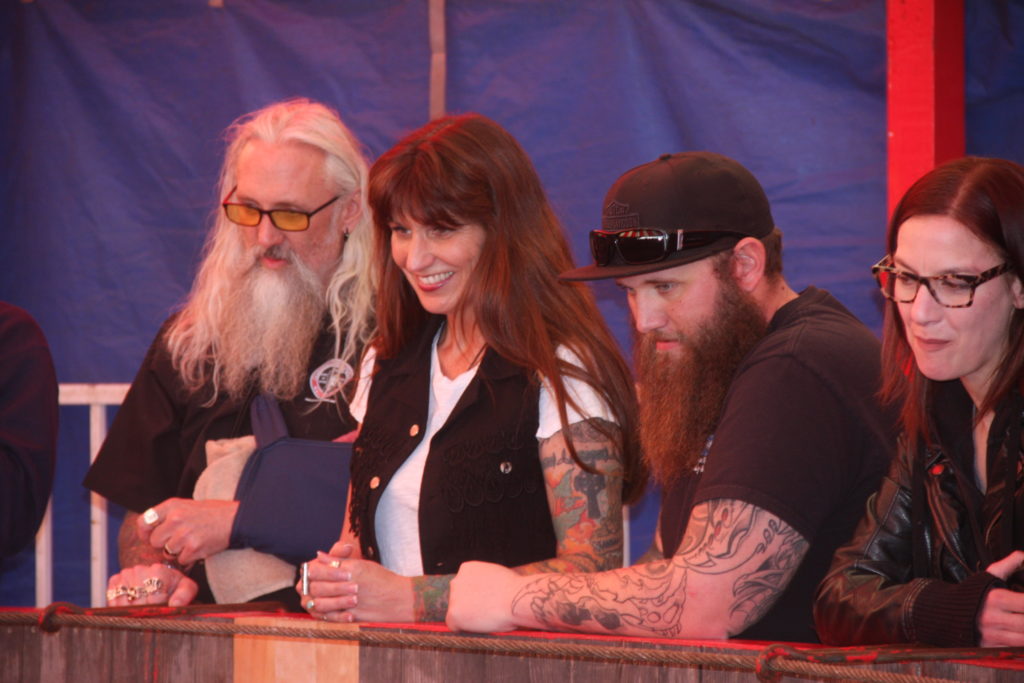 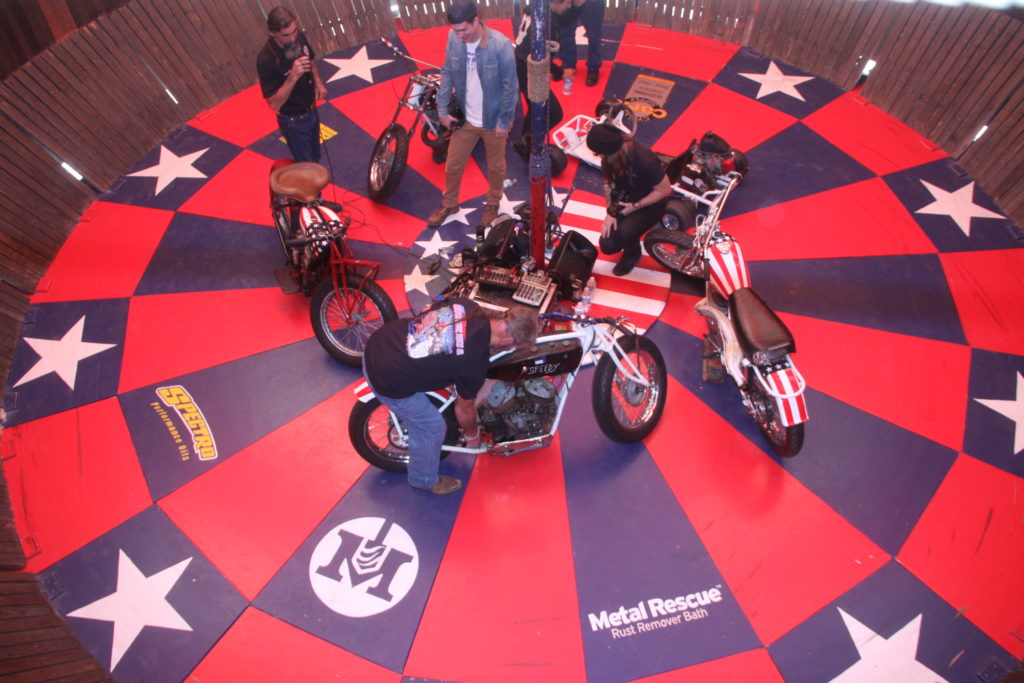