More than a dozen vintage-powered race bikes re-created the board track races of the early 20th Century at the second Sons of Speed race on October 21. The event took place at New Smyrna Speedway during the Daytona Beach, Florida’s Biketoberfest.

This fresh yet nostalgic race event, instigated by Billy Lane of Choppers Inc., first ran in March of this year during Daytona Bike Week on New Smyrna’s banked half-mile asphalt track. That time, Brittney Olson took first, followed by Matt Harris in second and Shelly Rossmeyer-Pepe in third. Olsen sat out this round while her bike was being repaired but acted as Grand Marshal for this day.

Many of the same racers came out to compete, some on the same machines they campaigned in March and others on “new” bikes that recently rolled out of Lane’s shop—one, in fact, just hours before race day! The powerplants vary in make but they’re all original equipment from the early days of motorcycling that sat languishing for decades. Lane’s purpose built frames, front ends and sheetmetal created homes for these motors to finally fire up once and get back on the track. The concept harkens back to one of motorcycling’s heydays and it’s exhilarating to watch.

Even the practice runs were exciting. Moonshiner Josh Owens and Matt Walksler ran neck in neck early on, with Owens fearlessly on the throttle. But that rivalry resolved when Owens’s bike wouldn’t start for the final. Walksler and Ebay Jake duked it out, too, crossing the finish line head to head in one heat. Buzz Kanter, Shelly Rossmeyer-Pepe and Billy rocked steady to make their qualifiers; Toce and Roxy ran consistently, too. Though mechanical gremlins bit Xavier Muriel, Rick Petko, Freddy and Brook they all exhibited moxie and looked incredible. These stripped down, pre-1925 machines with no clutches or brakes had to be bump-started and appeared to hang on the banking by magic.

Even with camaraderie high and competitive angst low, someone’s going to win, right? Ultimately Ebay Jake, who’d run strong all day, placed first on a 1919 Harley J Model racer owned by Curtis Wear. In second place—again—was the Matt Harris of 40 Cal Customs, still nursing his broken leg but not holding back a bit on the track. Matt Walksler of Period Modified came in third and was all smiles about it.
Ebay Jake also gave the crowd a stunt show before the main event, mixing it up with Bubba Blackwell who popped some wheelies, too, while taking a break from his emcee duties. Bubba stepped in to fill-in for the recently deceased Barry Boone who was originally set to announce the races. Bubba respectfully led the crowd in a moment of silence to remember Barry.

There were dozens of side stories, the racers took time to meet with spectators, and pit crews exhibited a ton of dedicated effort. But instead of us relating more here, just take this advice: next time Sons of Speed racing happens, go. You won’t regret it. 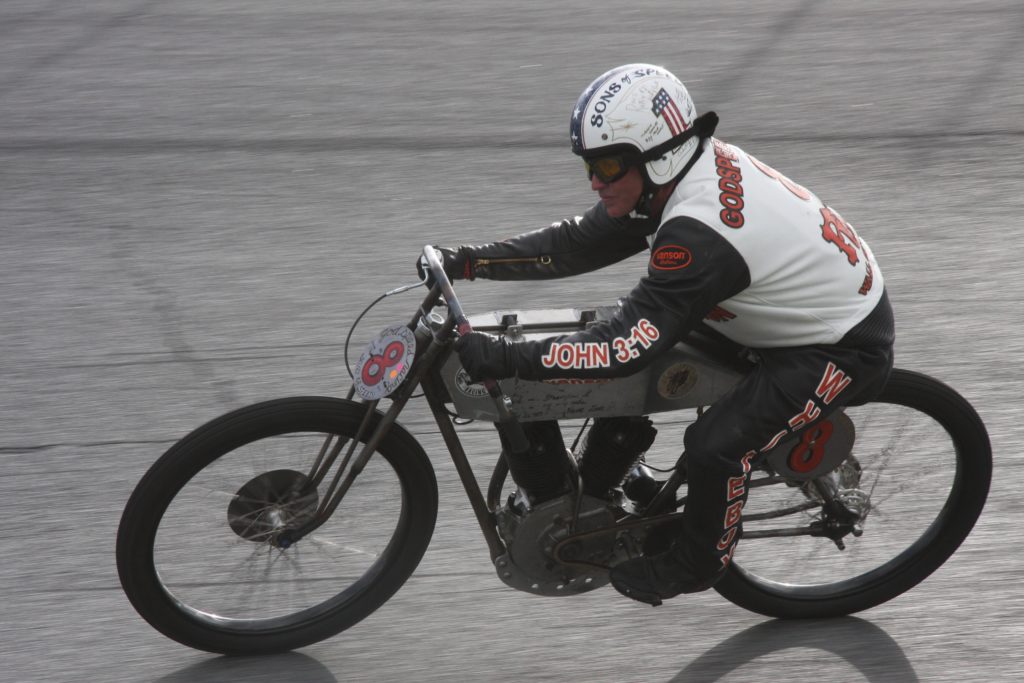 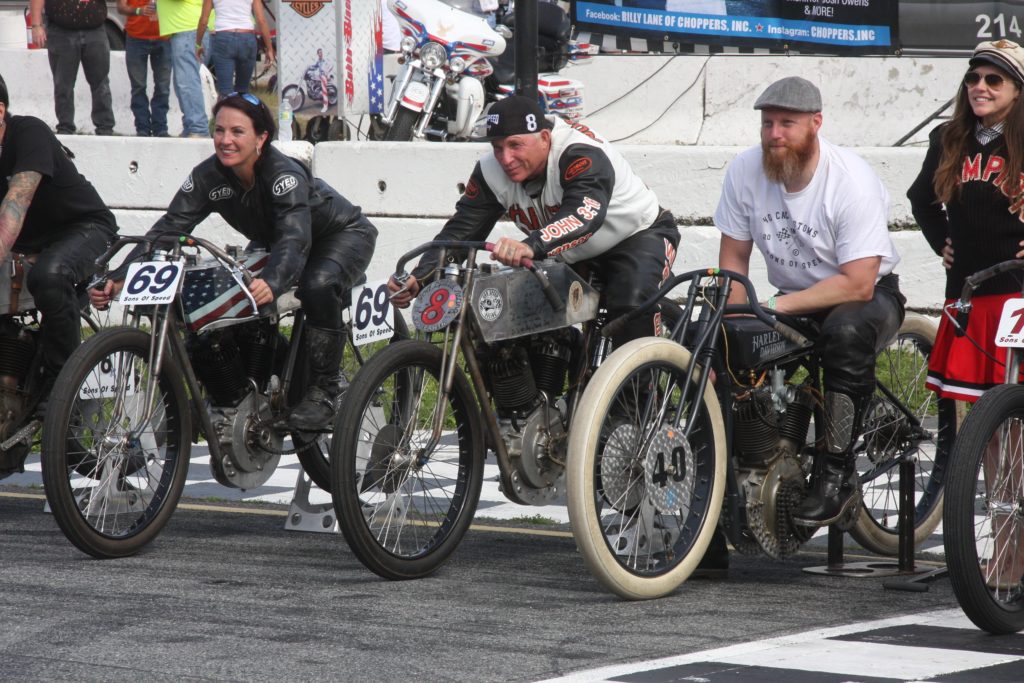 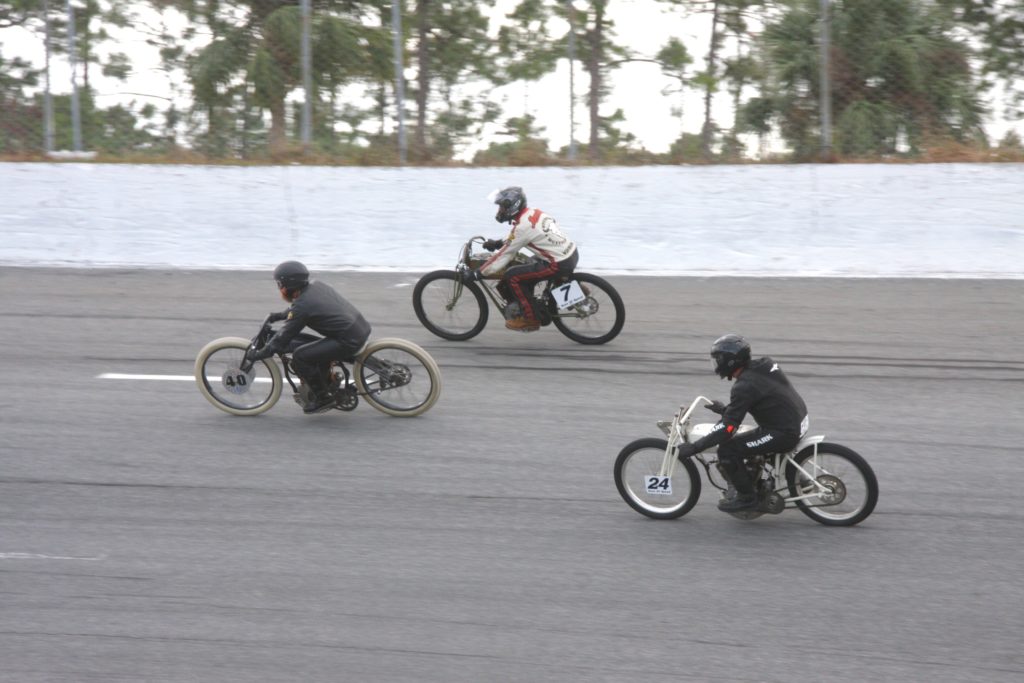 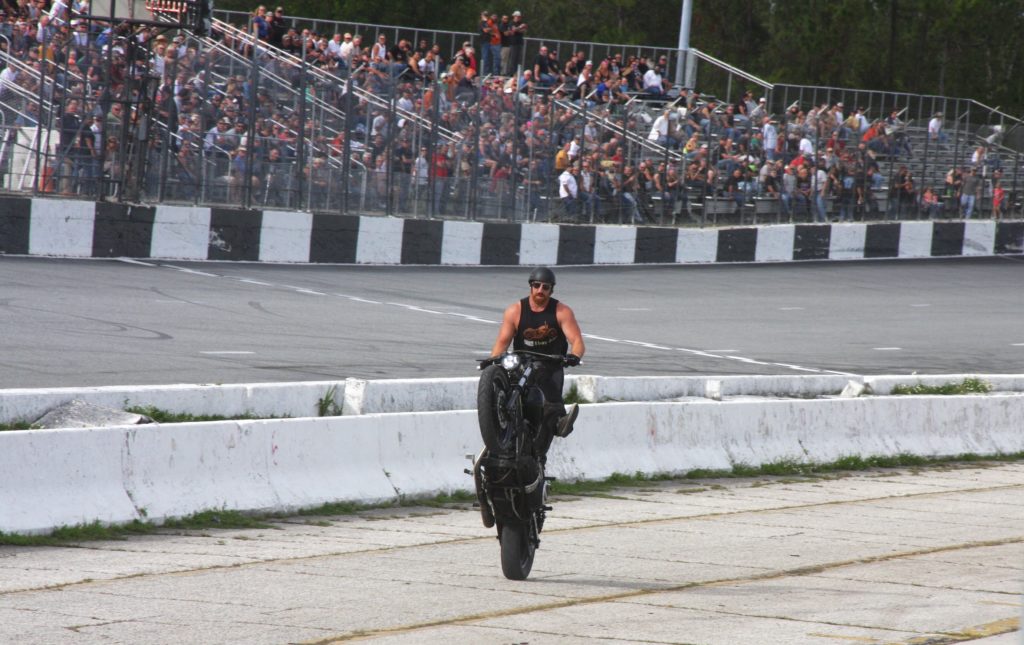 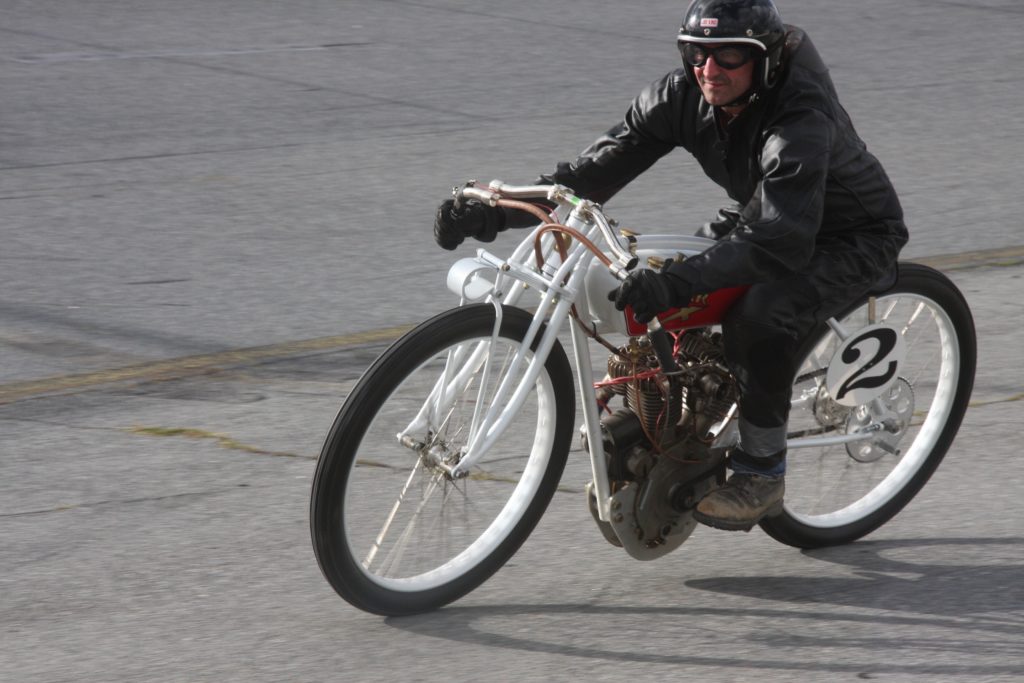 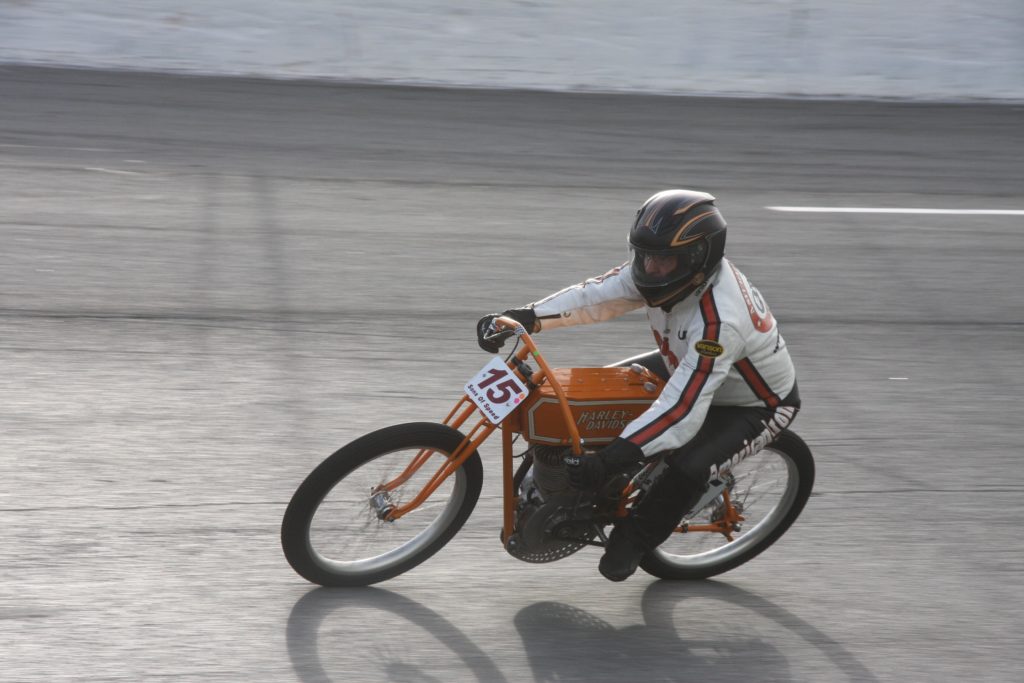 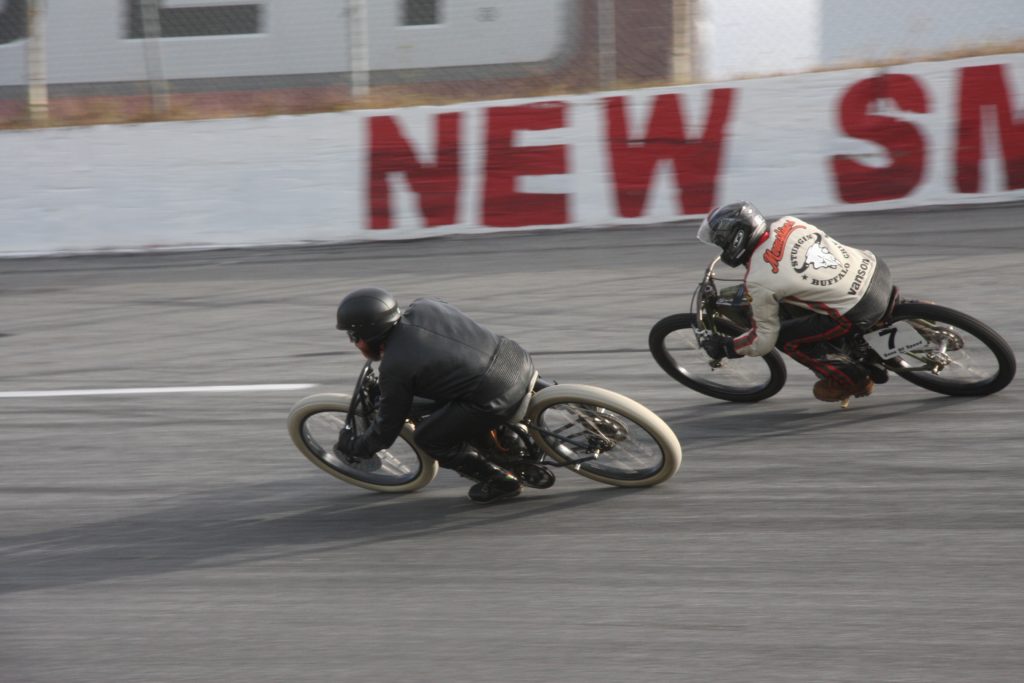 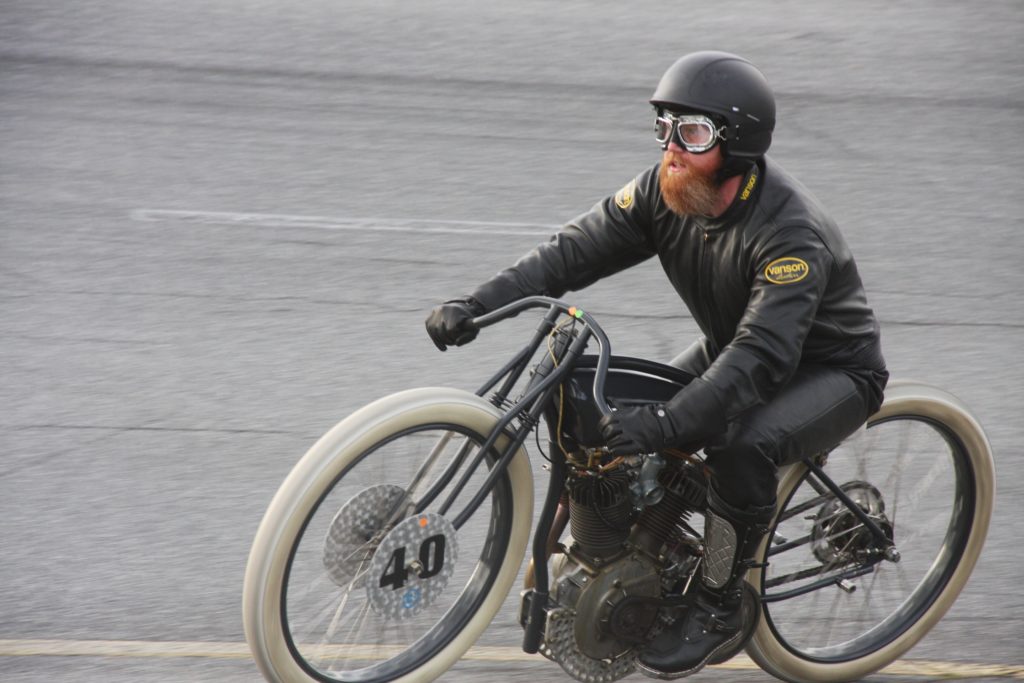 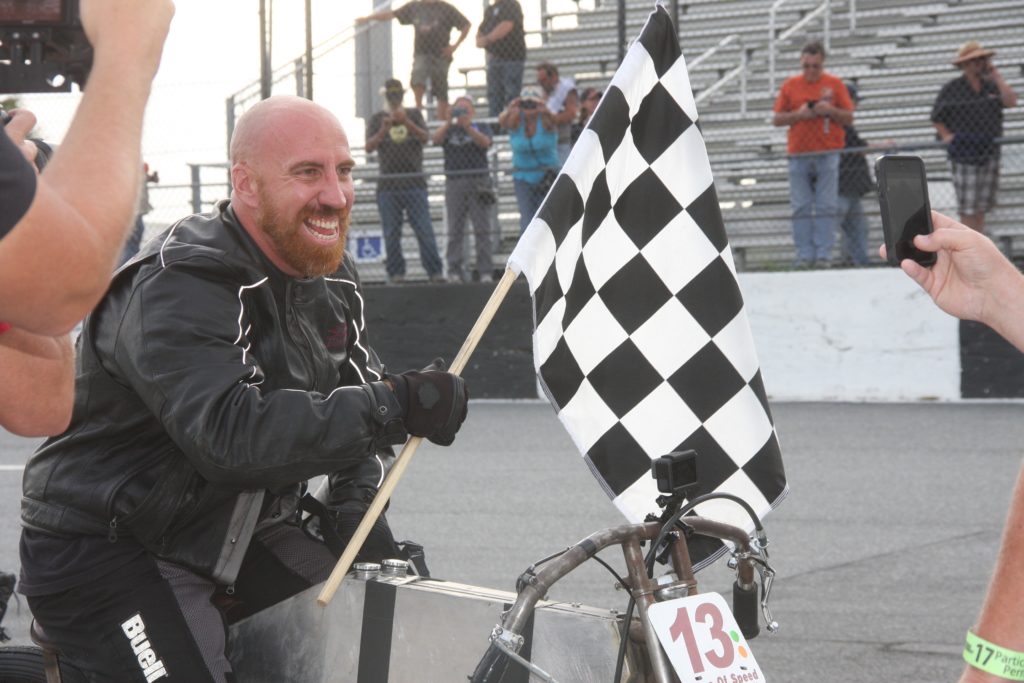 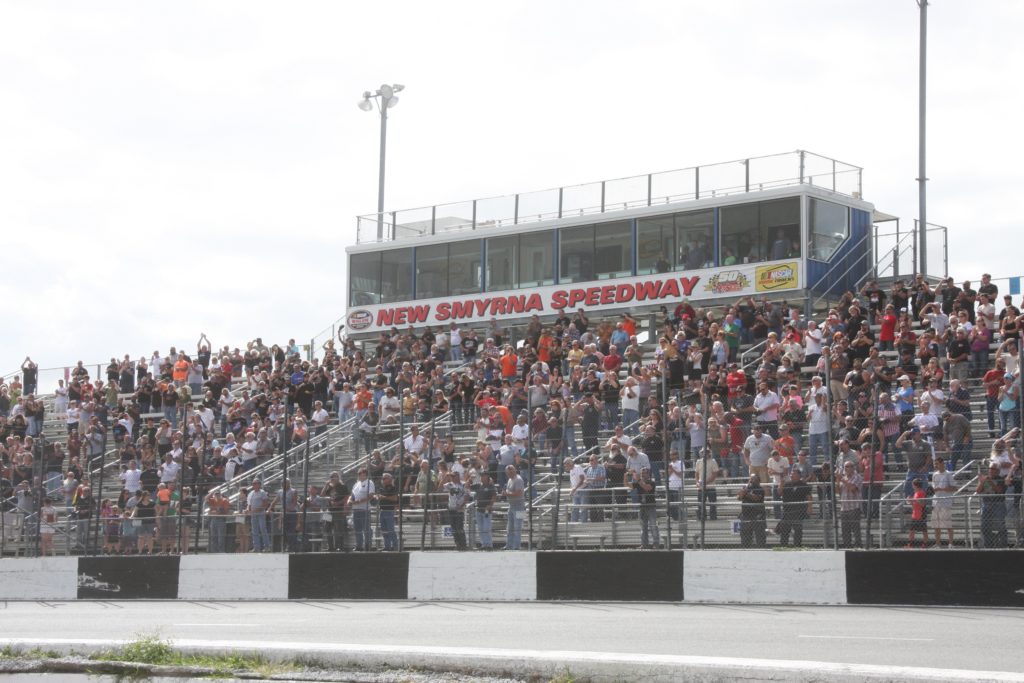 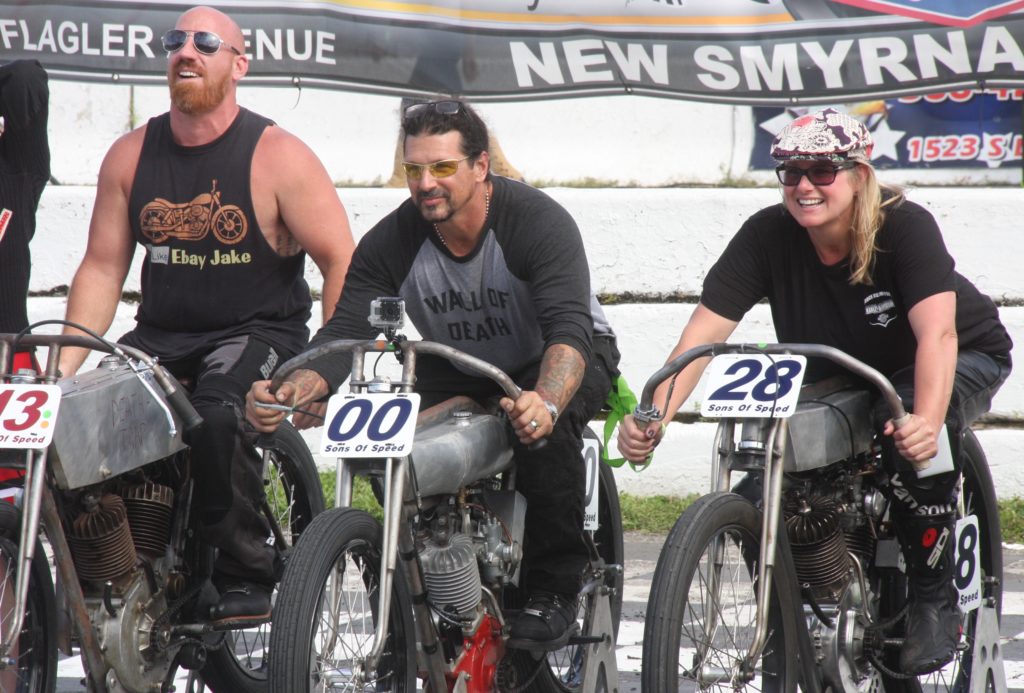 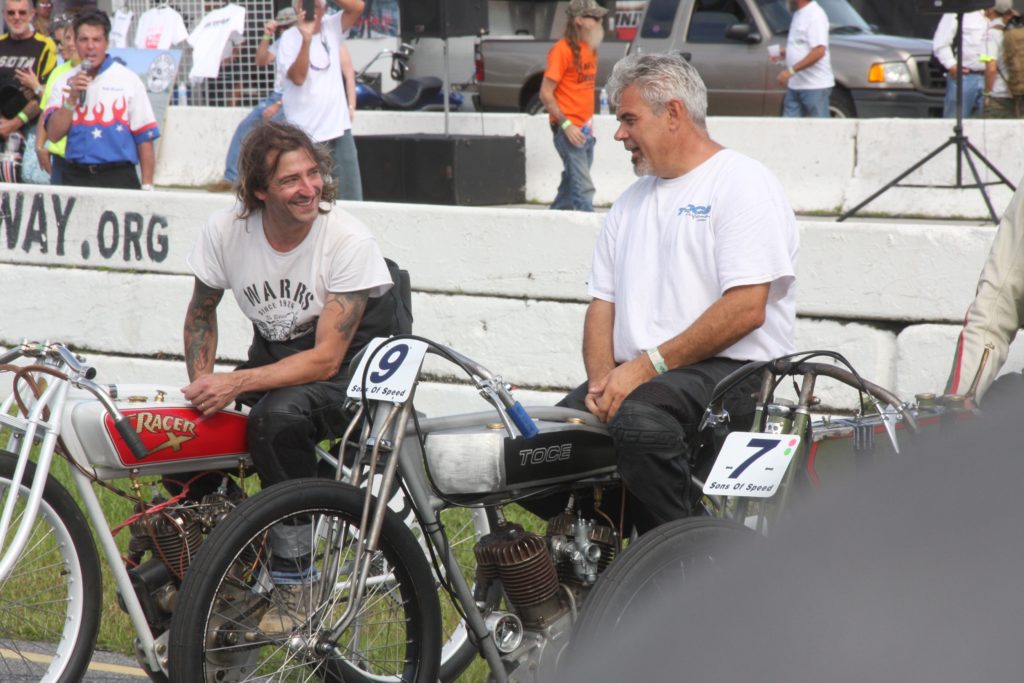 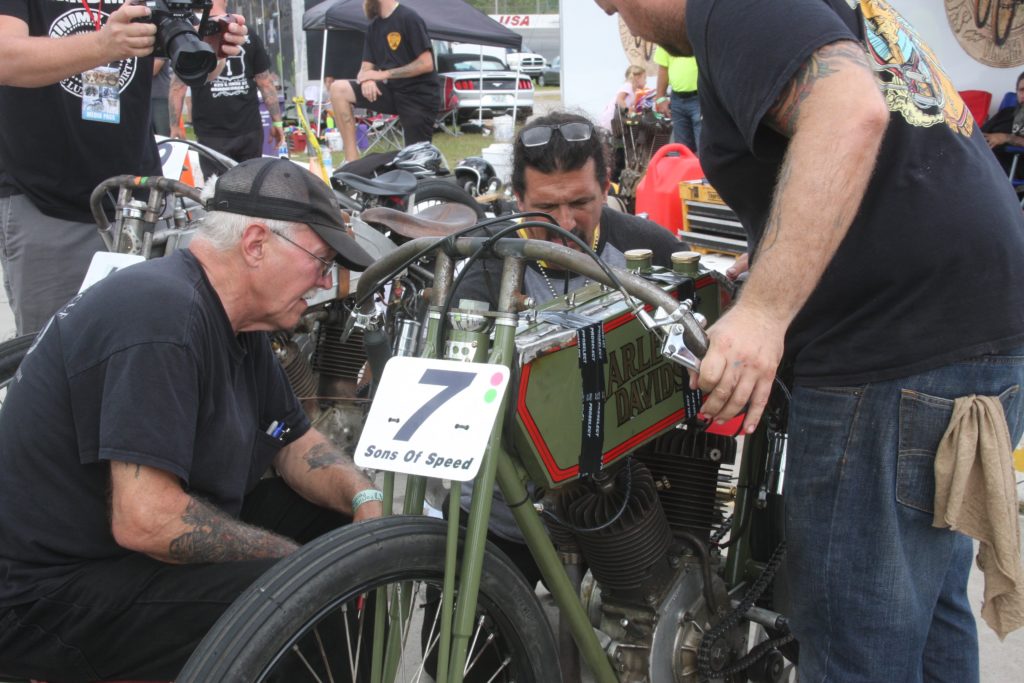 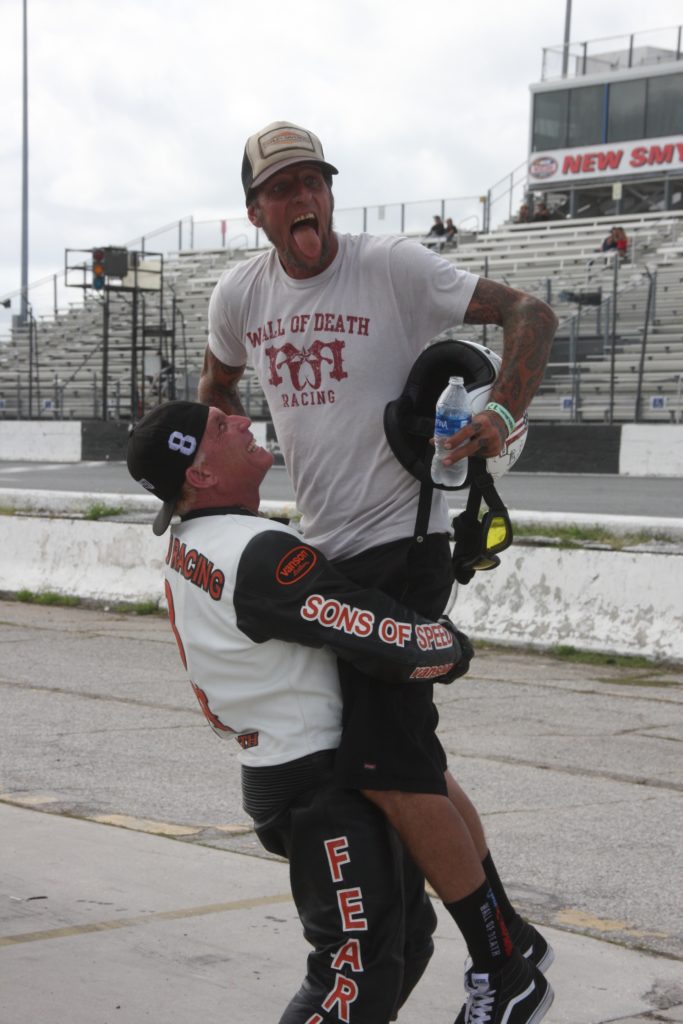 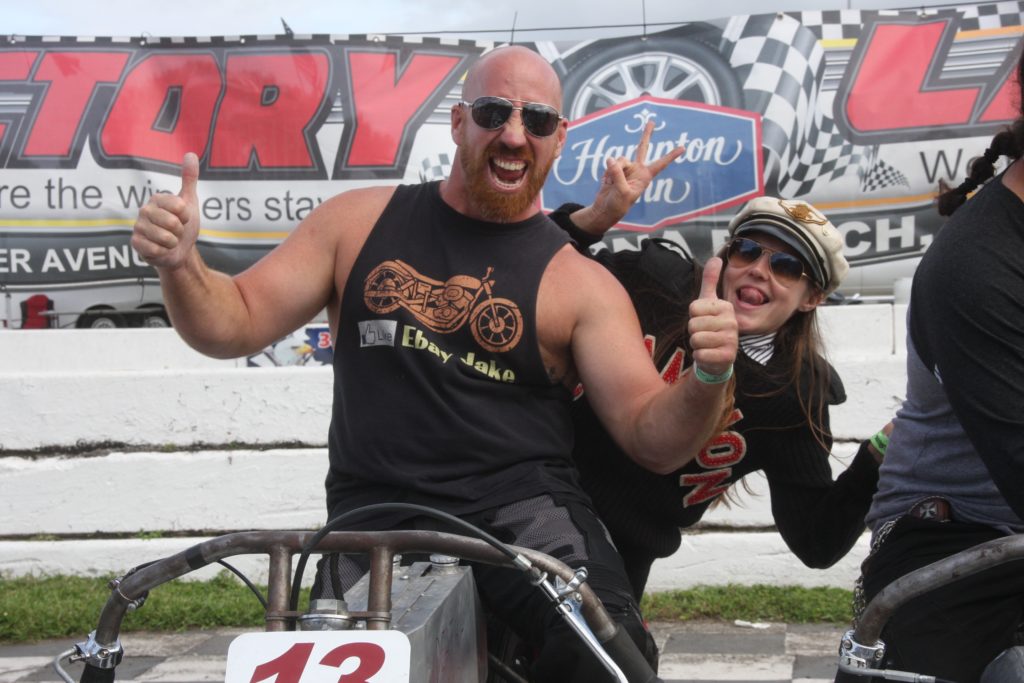 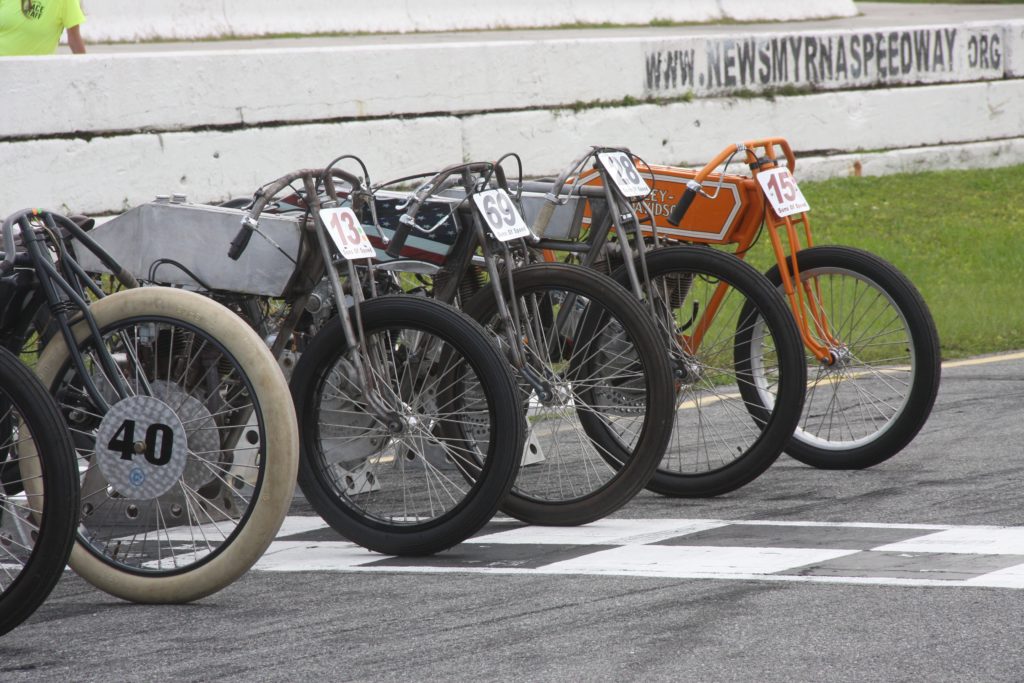