As a Motorcycle Rally Photographer, my wheels are always turning, and my motorcycle as well. Weeks & sometimes months in advance, the shooting schedules and daily plans are being designed. I’d say, just from my perspective, over the last 20 years, pretty much the same crowd has been producing the events and rallies. Not to say that there aren’t many new faces, because there are, but I always ask myself who will begin to step up to really take over the responsibilities for the larger events. Daytona Bikeweek and Sturgis for example are two GIANT rallies. I walk them religiously meeting and talking to groups of great people. With many of the promoters & photographers now getting into their mid 50’s and above, I’m always on the lookout for the next breed. Facebook & Instagram are fine for people to post images on, but when it comes to serious event coverage, who is going to handle it? Who is going to coordinate these massive events? My eyes and ears are open, this is a challenge to the younger cast now entering the stage. 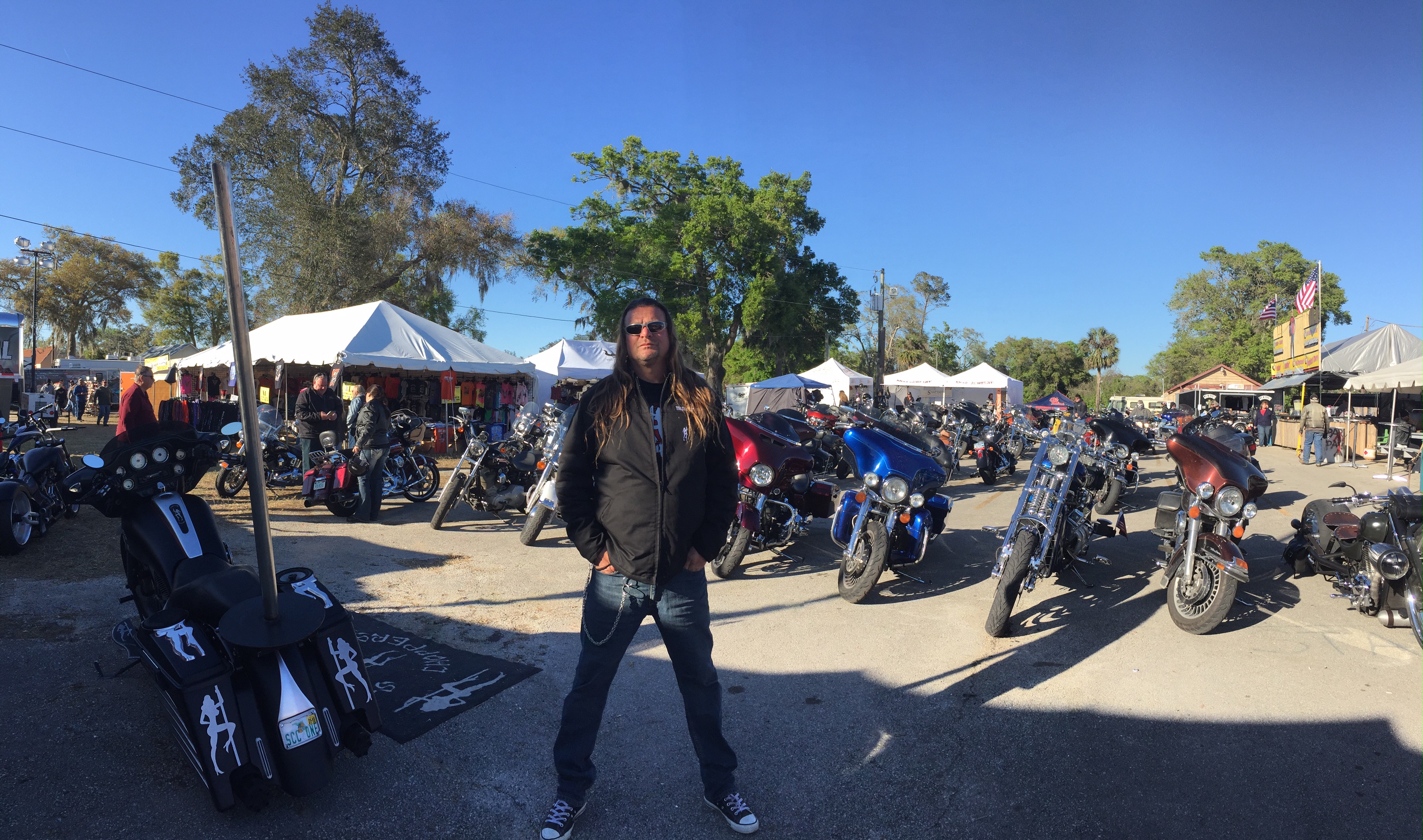 I just returned home from Daytona Bikeweek 2017. It had a rather chilly start, but by the end of the week, the sun was blaring and the temps back where they should have been. Something I took notice to all week, Main Street and some of the outer areas had the traffic of the old days. We aren’t back to what the early 2000’s brought regarding visitors, but this Bikeweek wasn’t far from it. Mr. Johnny Lange (above) is kickin’ some butt at the major events coordinating space with vendors with contests. His company SCC PROMOTIONS, just had an extremely successful Bikeweek in Ormand Beach, across from the Iron Horse Saloon. Johnny leased the Boot Hill Saloon property and opened it to all types of vending, motorcycle repairs, his own bar, and a killer Bagger show. Contact Johnny here if you want to vend with him at an upcoming rally. (714) 465-7103

Mr. Lange said, “Daytona Bikeweek 2017 in Ormand Beach was huge, we had a record number of vendors at the Boothill property. The Strip Club Choppers / American Bagger Worlds Sexiest Bagger Show was an amazing success with a record number of entrants”. This is what I am talking about, the industry needs people like him, many people, to lite the next fire. The 20 something crew needs to emerge so that none of this goes away.