It’s a distinction of the utmost importance: Rolling Thunder is not a parade or a rally; it’s a demonstration, as in protest demonstration. It’s a mass gathering of like-minded people in support of a cause. 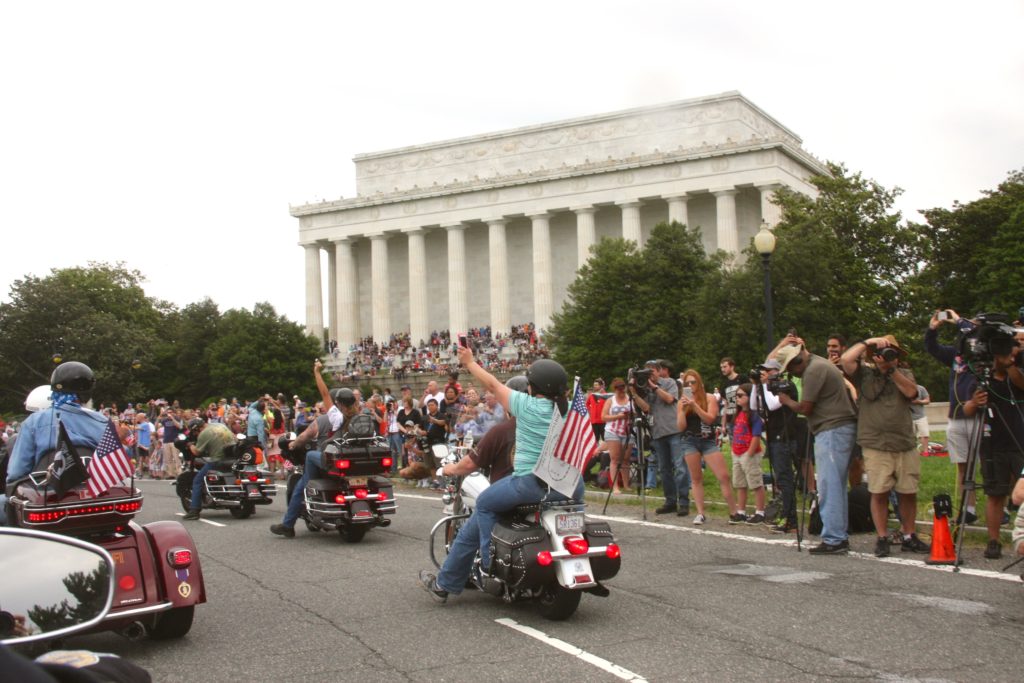 The cause is the identification and return of POW/MIA military personnel from all U.S. conflicts. Yes, Rolling Thunder began in support of Viet Nam-era service members but over its 30 consecutive years it has expanded to encompass all U.S. military actions, and that’s appropriate.

Thousands of bikers have supported this cause by riding to our nation’s capitol each Memorial Day. Some riders join Ride To Rolling Thunder groups organized from various locations around the country to converge on Washington D.C. for this annual event. Even more supporters ride direct from their homes, on their own, in pairs, or in small groups.

Harley-Davidson of Washington D.C. hosts riders all weekend at their Ft. Washington, MD, store. Solemn gatherings—such as the candlelight vigil honoring Gold Star Families at the Viet Nam Memorial Wall—lead up to Sunday’s show of solidarity. Riders stage in the Pentagon’s north lot starting before 6 a.m. that day and bikes spill over into the south lot, too, by the time all are gathered.

At noon on Sunday, it was kickstands up as riders headed across the Arlington Memorial Bridge into Washington D.C., then ran the length of Constitution Avenue before looping back to park near the Lincoln Memorial. The column of bikes lasted for hours and stalwart spectators stayed the course, lining the route to cheer on the riders—flags and hands waving, posters held high offering thanks to veterans.

This year, rain dampened the riders but not their enthusiasm – and not the heartfelt message of Admiral James Lyons when he spoke through “liquid sunshine” on the steps of the Lincoln Memorial.

For riders, there’s no describing the feeling of taking part in this event. For some riders it’s a bucket list item; for others it’s an annual pilgrimage. For all it’s an impactful time, giving meaning to platitudes and putting meat on the bones of a concept, making it real. Our missing military members are not numbers, they are sons, daughters, spouses; people. People who need all of us to continue to promote their cause.