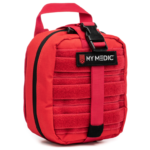 High-Flying Motorcycle Daredevil fun comes with a risk, and no one understands that risk better than former EMT and firefighter Cole Freeman.
My Medic proudly announces support of Freeman during one of the most iconic stunts to take place in Downtown Sturgis during the city’s 81st Motorcycle Rally. Freeman will inject adrenaline-fueled thrills and champion support for non-profit group RESPONDER RESCUE as the main event during the Rally’s closing ceremonies on Saturday, August 14th, 2021. 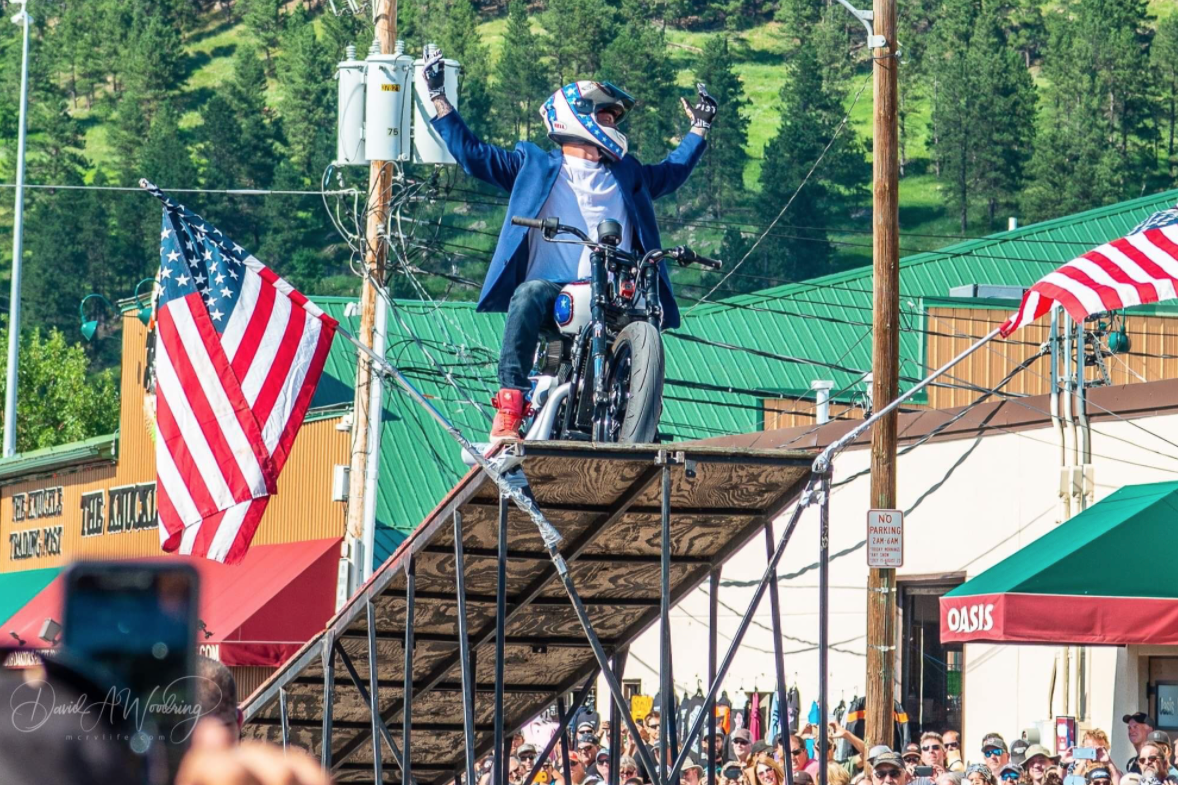 The American Daredevil BlockParty will take over the corner of Main Street and Harley-Davidson Way, kicking off at 11 am for ticket holders. Freeman will attempt his next death-defying motorcycle jump LIVE- and advocate the importance of why motorcyclists should always carry a first aid kit.

“When seconds matter, it only makes sense to carry a My Medic First Aid Kit on your motorcycle; it can save lives and should be something we all carry. I had personally needed one of these kits after a head-on collision in Sturgis last year claimed two lives. Unfortunately, I was helpless in the fact I had no tools to rescue either victim. I won’t ride without a first aid kit again, and neither should you.” -Cole Freeman shared. 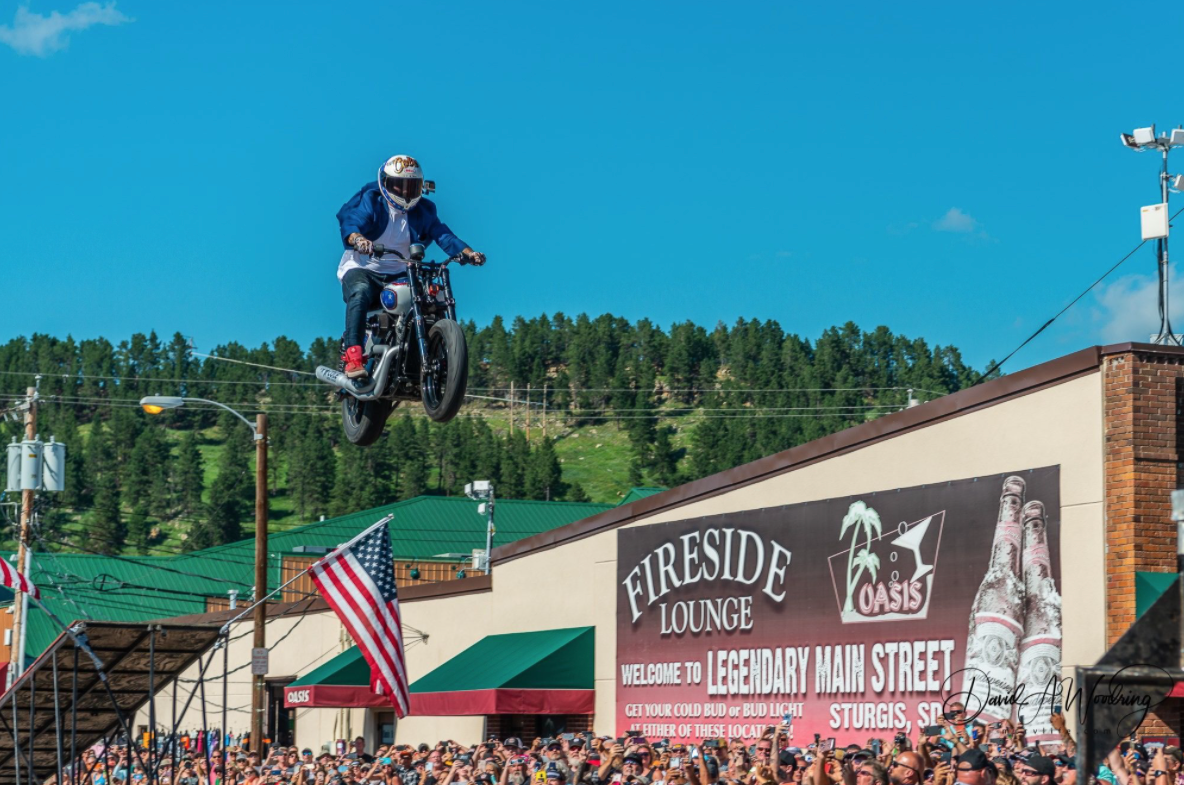 The crowd will be thrilled by Freeman’s exciting motorcycle stunts and his grand finale ramp-to ramp jump. He will also be raffling off a custom-built motorcycle, with proceeds going to Responder Rescue. In addition, audience members will have a chance to score one of many My Medic First Aid Kits! 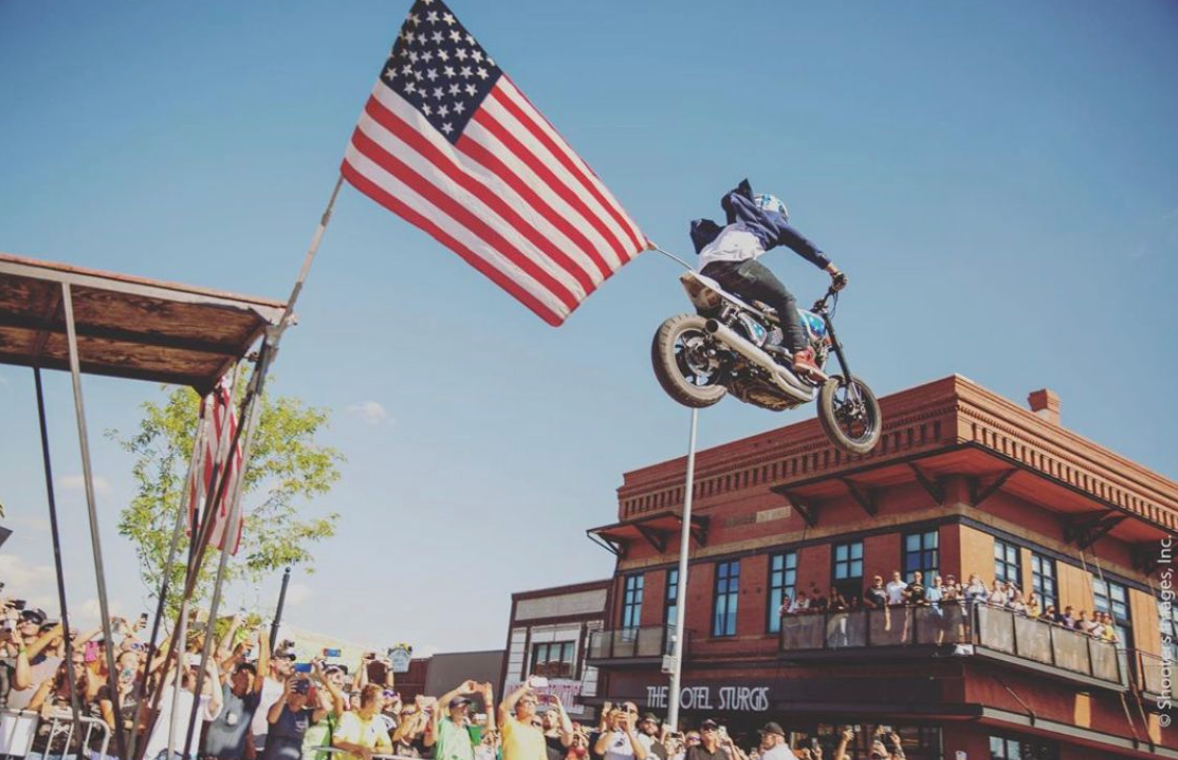 “When we heard of Cole’s determination to help first responders, we knew we wanted to support his efforts. We are proud to support Cole because of his first-hand experience; he understands the importance of always having life-saving first aid items on hand. It’s great to watch Cole as he uses his daredevil skills to not only entertain but to help educate people how to be prepared with first aid.” David Barlow, CEO of MyMedic™, stated. 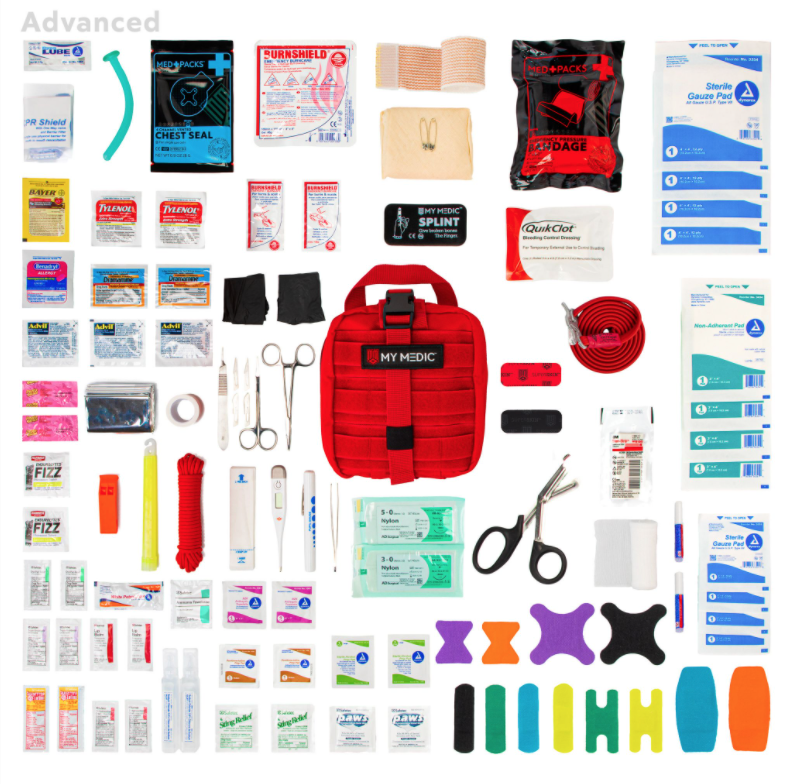 About My Medic™ A family-operated first-aid kits, supplies, and training company based on the objective to save lives, is driven by a goal to prepare everyone with equipment and training for the unexpected emergency. Based out of Salt Lake City, Utah, My Medic believes everyone should have instant access to a life-saving first-aid kit. Visit My Medic™ to learn more and follow @MyMedicofficial

About Cole Freeman  Born and raised in St. Louis, Missouri, Cole Freeman travels the world as the Last American Daredevil, thrilling spectators as if a legend of past, himself. His adrenaline-fueled riding style and iconoclastic “will not quit” attitude, defies the even extreme sports. Immortalizing the heroes of past, Colesgenuine passion to pursue the thrill of the stunt using heavy bikes with moderate upgrades and sheer will, he epitomizes the every and anyone can mantra, and is an inspiration to both young and old. Always pushing himself, many of Cole’sstunts have never been attempted. In 2018,  Cole did the impossible jumping his 900lb Harley-Davidson through a 14mph head-wind, ramp to ramp, successfully landing after flying 99 feet and 11” through the air. On a mission to inspire keeping the spirit alive, he is the Last American Daredevil paying homage to his own childhood hero, Evel Knievel.  See more at https://www.harleydavidsonjumps.com/

About Sturgis Motorcycle Rally The Sturgis Motorcycle Rally is a motorcycle rally held annually in Sturgis, South Dakota, and the surrounding Black Hills region of the United States. Est. 1938 by a group of Indian Motorcycle riders and was originally held for stunts and races. Since then, the rally has become a pluralistic endeavor that consists of events put on by many different groups. Attendance has historically been ~500,000 people,reaching a high of over 700,000 in 2015. The event takes place over 10 days and generates around $800 million in annual revenue.

About Responder Rescue  Provide assistance; emotional, tangible or monetary, to any area first responders, who have been injured, become ill or suffered a traumatic situation after all other resources have been exhausted. Responder Rescue, a 501(c)(3) organization, was established in 2009 by a St. Louis metro area fire Captain who saw an unmet need, resulting in additional financial and emotional assistance to these men and women. The program helps to ensure that they and their families have basic necessities, such as food, housing, transportation and complete medical care to minimize the suffering caused by such traumatic events.