We caught up with Paul Yaffe in Sturgis, when the final episode of Biker Battleground Phoenix was being filmed. He gave us a behind-the-scenes insight on the show, the other builders, and his thoughts on building bike to ride. – M. Stemp

What’s the premise of Biker Battleground Phoenix?
They’re trying to demonstrate a hierarchy. I’m this guy who brought custom motorcycles to Arizona, I’ve been doing this for decades and have national recognition. The other guys came to Phoenix to try to compete with me.

How “real” is the drama viewers see?
Some of the drama and interaction between us is “created” but it’s not scripted. I say it’s created because they put us in the same room together and these 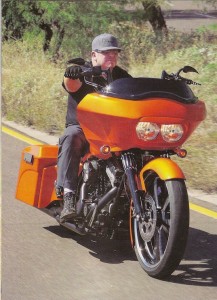 guys do whatever they do and I react to it. So the drama and interaction is real because they put us in the same room, but what they created was putting us in the same room. That would never really happen. In real life I ignore these guys. But if we don’t interact there’s no show.

How do you react to the smack talking from some of the other builders?
The way they choose to promote themselves is different than I would. For some of them, their idea of making a name for themselves is putting other people down to make themselves look better or to take attention away from me. I don’t do that. I just let my work speak for itself.

Is there an episode this season that separates the men from boys?
There’s the competition I proposed where we get all get stock bikes, little money to spend, we have six weeks to work on it and the bike can’t leave your shop. The cream really rises to the top through that competition.

The season finale was filmed in Sturgis where the bikes were first seen. But your bike was unveiled at Arizona Bike Week in April. Doesn’t that give the other guys an advantage over you?
I don’t feel that way at all! They still gotta out-build me. Anyway, the bike I’m bringing is very bold and I’m proud of it, but it’s not some radical bike you can’t even ride. Theirs will all be conceptual and crazy. Mine is my new touring bike and I rode it to the Rally! 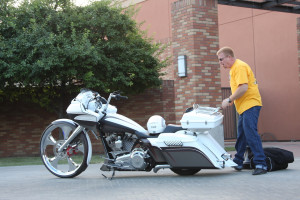 They say nice guys never win.
For outrageous TV presence, the larger than life demeanor can really serve you. When you see someone who’s fearless, you get vicariously liberated by their antics. People are interested in Howard Stern, Paul Sr. or Simon Cowell because they want to see what he’s gonna do next. But you never know how that’ll play out; it can come back and bite you because people think you’re arrogant and they don’t relate to you.
My role has evolved since the beginning of filming in that I’ve taken on this fatherly Yoda type role I. My whole thing has been about broadening horizons and creating new experiences for the other builders to help them see there’s more to motorcycling than a checkbook and the aftermarket.

Does all this emphasis on outrageous design overlook the fact that motorcycles are for riding?
At the end of the day the coolest thing this is creating something innovative and having it work, then being able to ride it cross country and it does everything you want it to do. I’m not saying its right or wrong it’s just the way I am. That’s what the people do that I look up to and respect. It’s an old school way.

How has the custom world changed since you first started building bikes?
When I first competed it was a different world. There was no Internet, there was no social media, there was no YouTube. In the ‘80s and ‘90s the only way you could get your name out there was to throw your bike in the back of a truck and show it, or wait months for a magazine article to come out and hope people saw it. If I wanted to introduce a product I had to make it, put it in a magazine, and wait two years for it to saturate so people would associate it with me. Now I can make a part on Monday and have it marketed to half a million people on Tuesday. It’s not better or worse, it’s just different.

Congratulations on being inducted into the Hall of Fame this year.
Oh, thanks, I’m really honored. 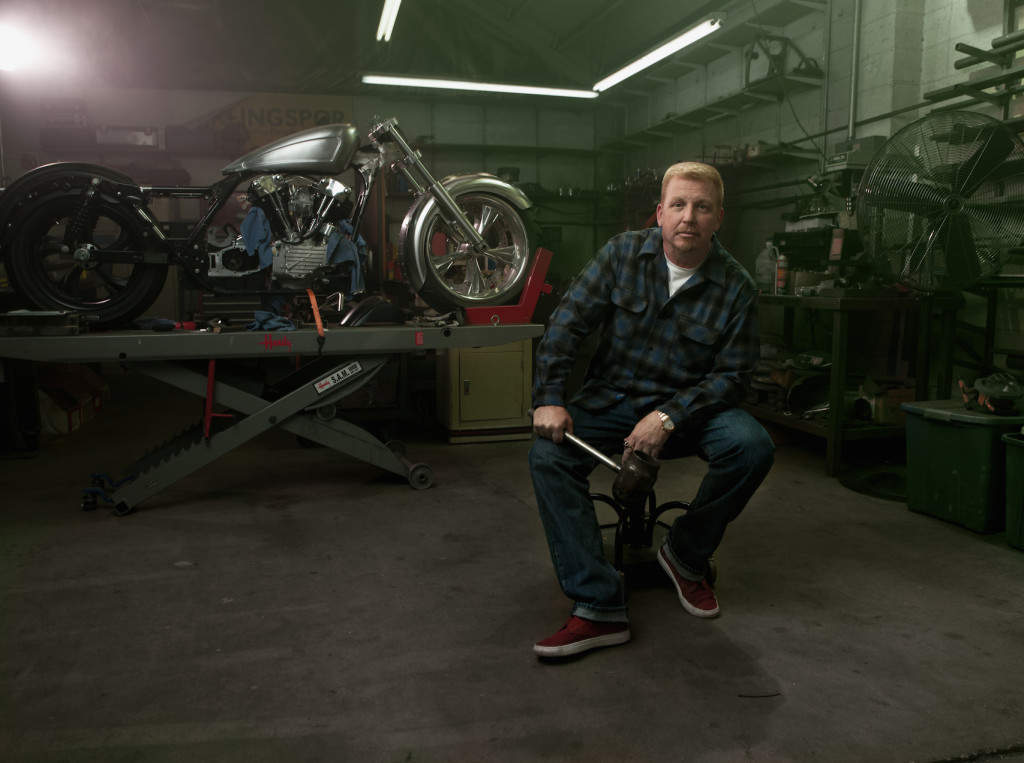