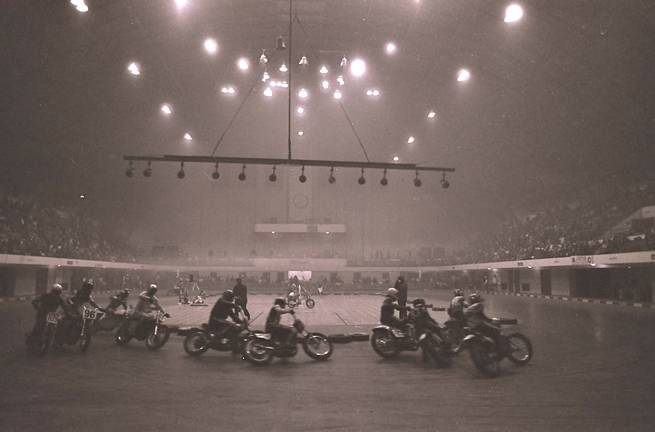 The Indoors are a case in point: In Midwest flat-track race annals, few chapters hold as revered a place as The Indoors at the Armory. Over those years, hundreds of privateers and dealer-sponsored riders found a home to compete there. It was their Ascot, their Springfield Mile. 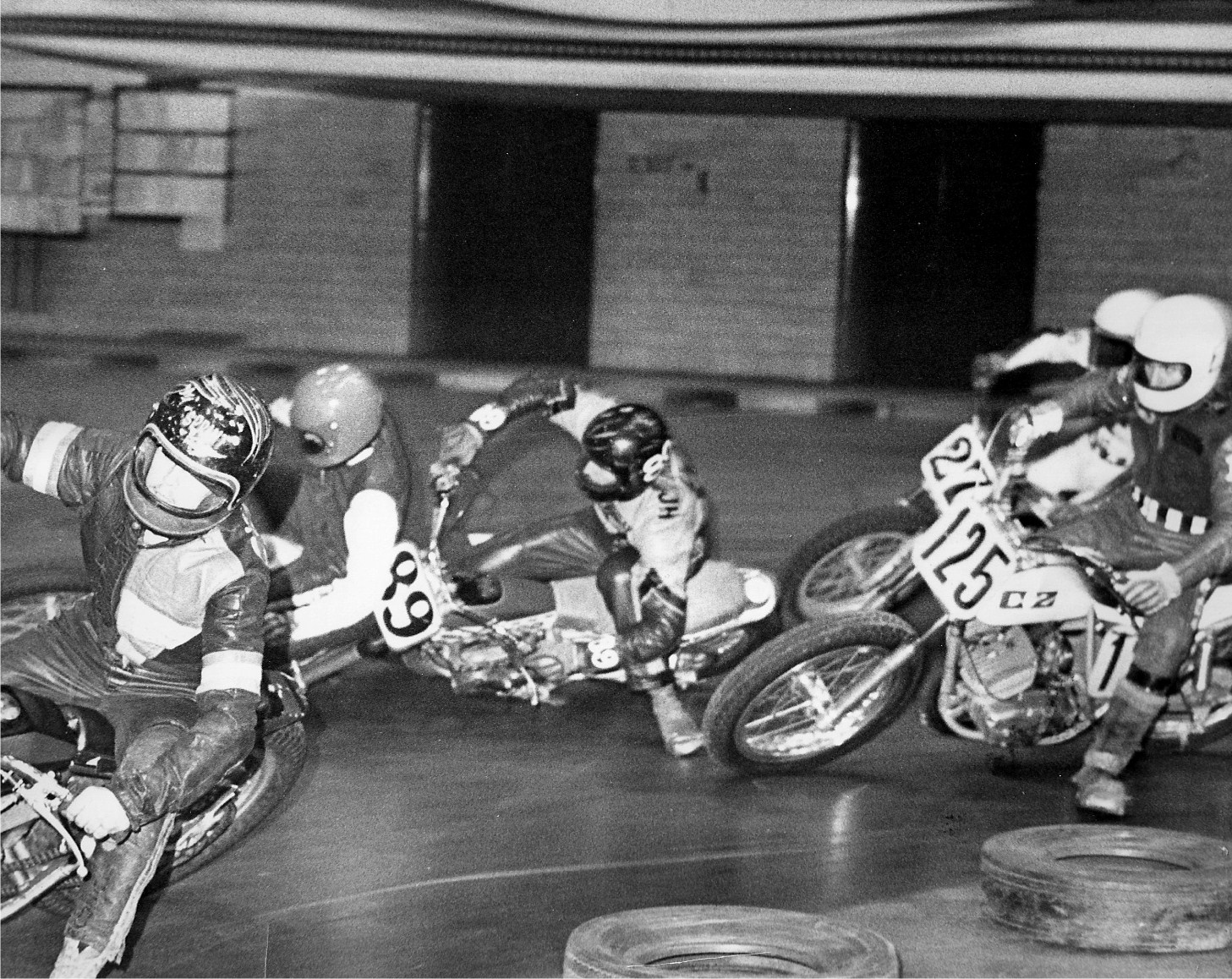 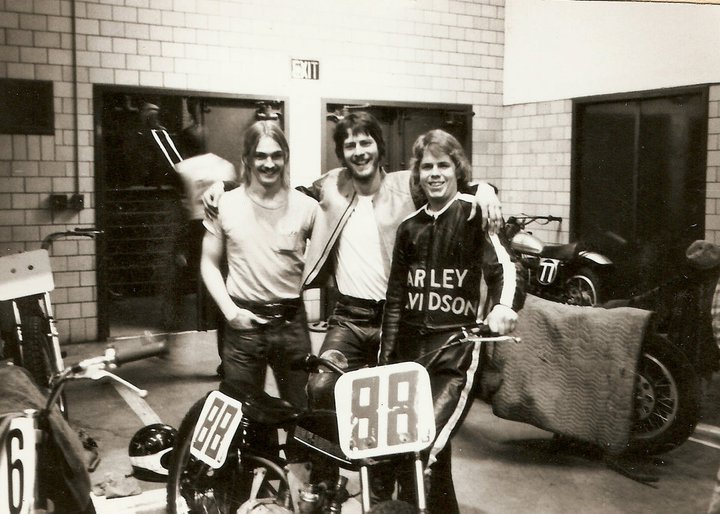 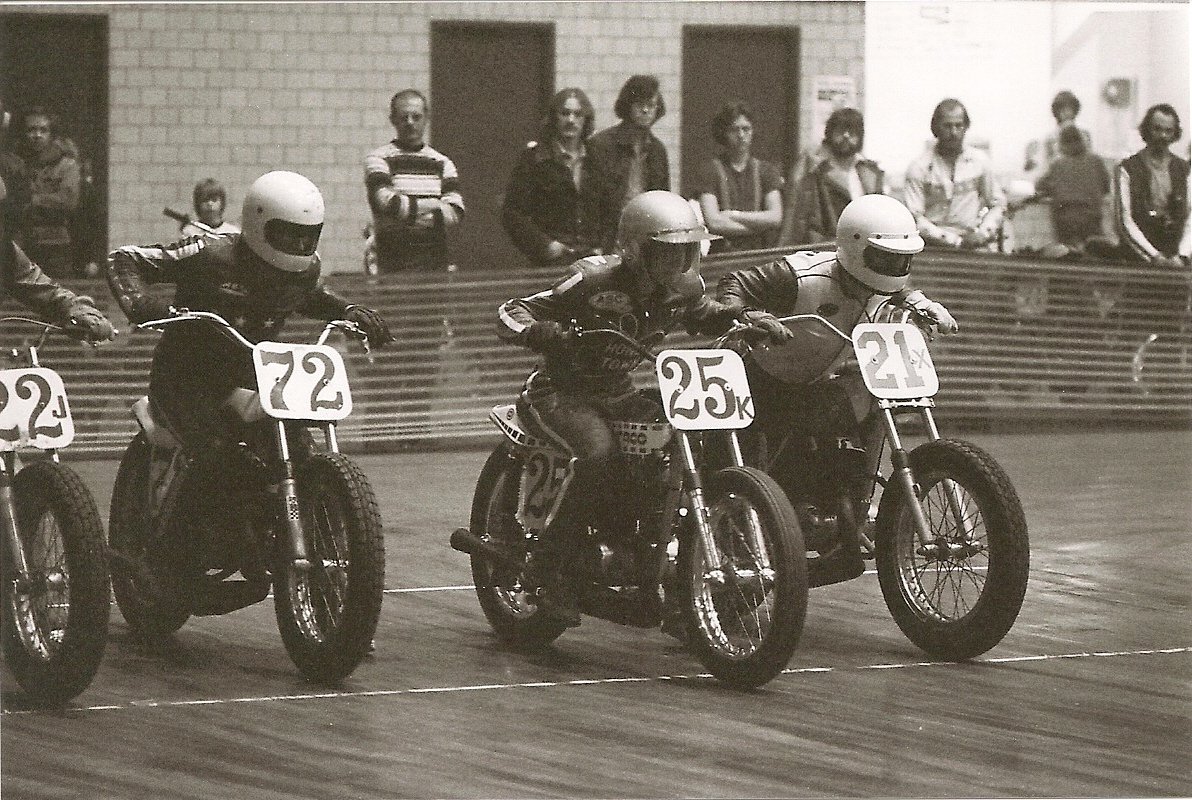 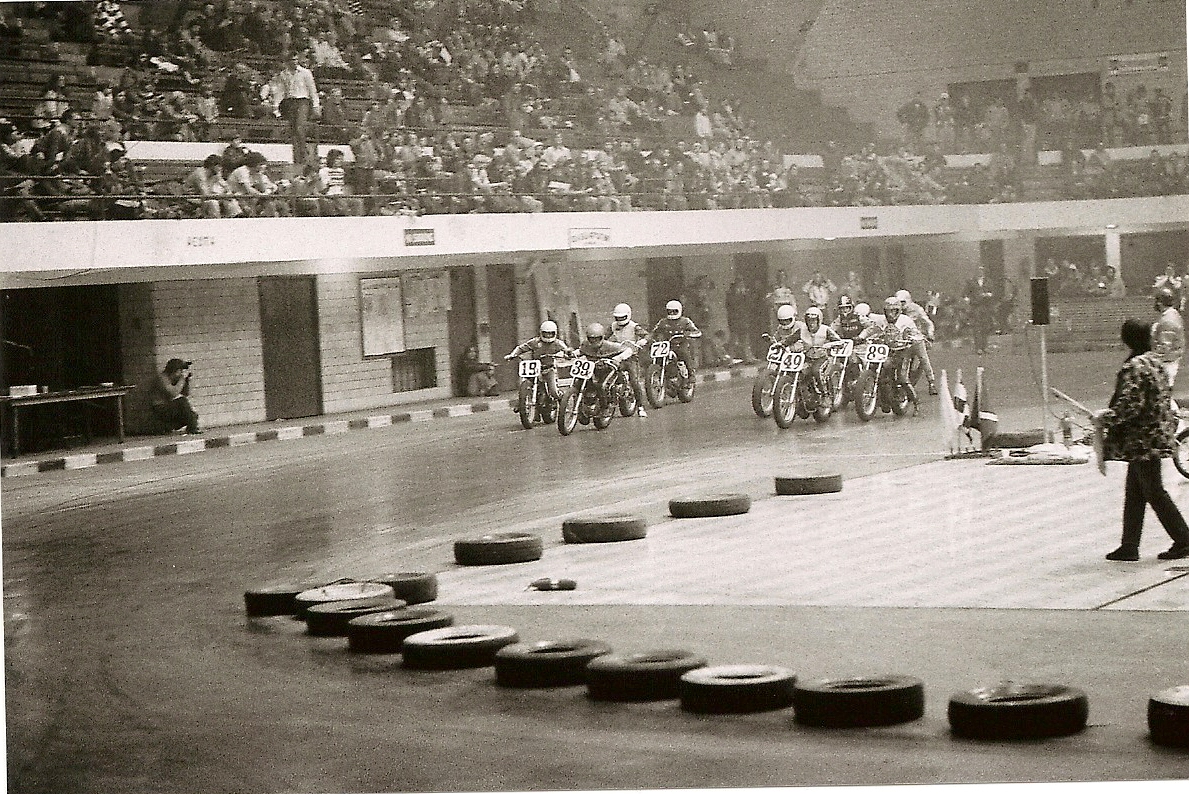 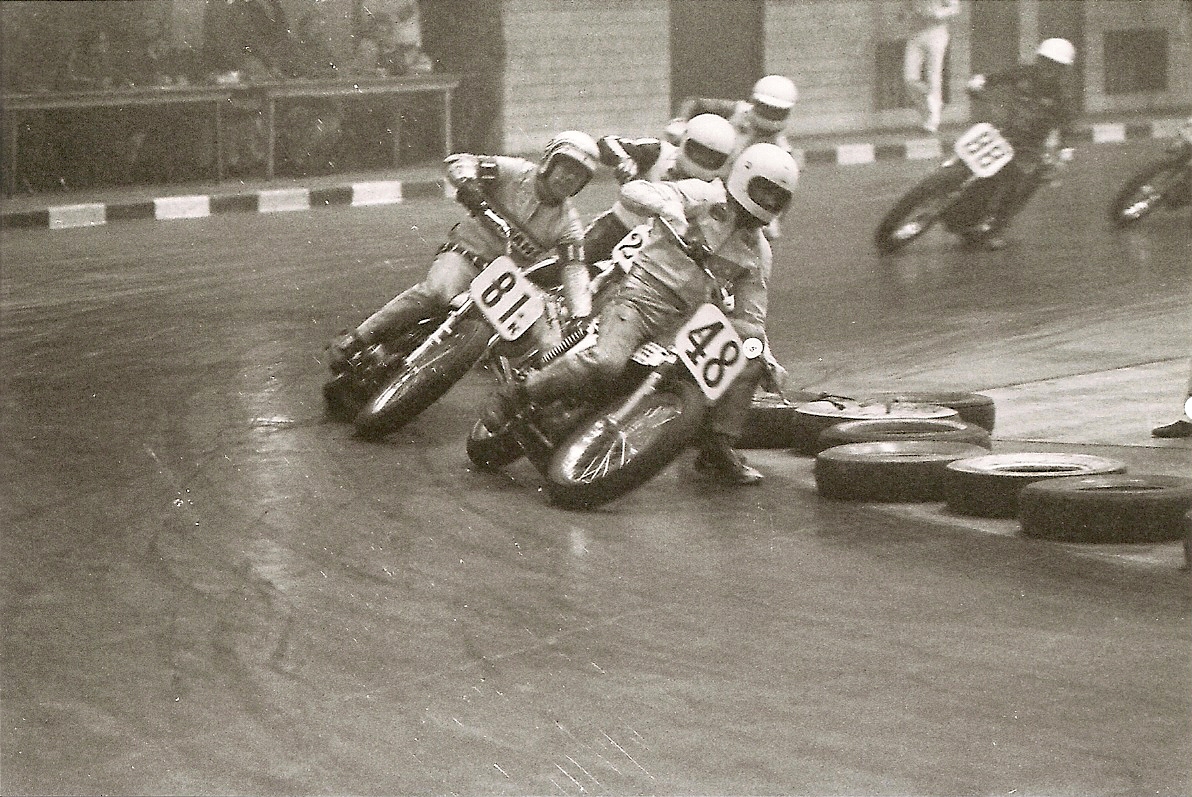 In October of 2016, when an Indian racebike faced off against a Harley racer for the first time in more than 60 years at American Flat Track’s (AFT) season finale, the landscape of flat track was distinctly altered. And though interest in the sport was unquestionably aided by this reigniting of the Harley versus Indian race wars, other efforts also deserve credit for kicking flat-track racing back into top gear. 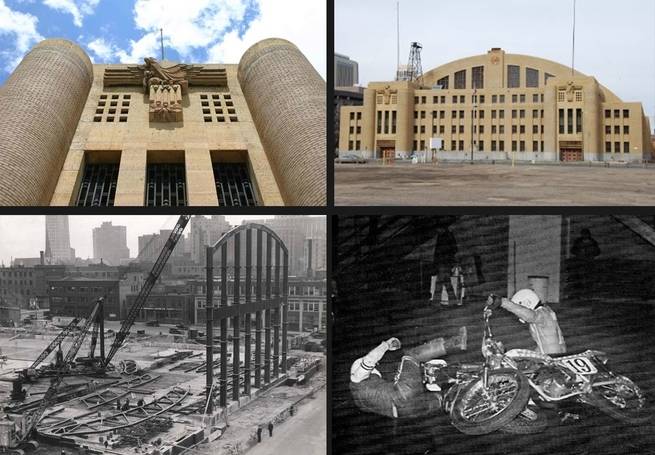 As an FDR-era Works Progress Administration project, the Armory’s substantial art-deco architecture and patriotic Americana murals offered an ideal location. Riders with national numbers like Billy Hofmeister and Peter Hook, plus Denny Perrier, Randy Riley, and many more raced to sellout crowds and created lifelong friendships in the ranks.

It was several years earlier that Roland Sands Design (RSD) aligned with Indian Motorcycle to catapult Super Hooligan racing into the public consciousness, bringing streetbikes to the racetrack with fresh enthusiasm. Hooligan-style rough-and-ready racing took center stage at custom-culture venues such as the Handbuilt Show in Austin, Texas, The One Moto Show in Portland, Oregon, and the Superprestigio of the Americas in Las Vegas. Indoor events such as Mama Tried’s notable Flat Out Friday race and IV League Flat Track’s Daytona Concrete event—plus races in Spokane, Washington, and Timonium, Maryland—also took the checkered flag and ran with it. Some say these grassroots efforts even set the stage for AFT’s national success and, though packed with new energy, a look back shows that none of them are new in a totally innovative sense; indoor motorcycle racing has had prior heydays. 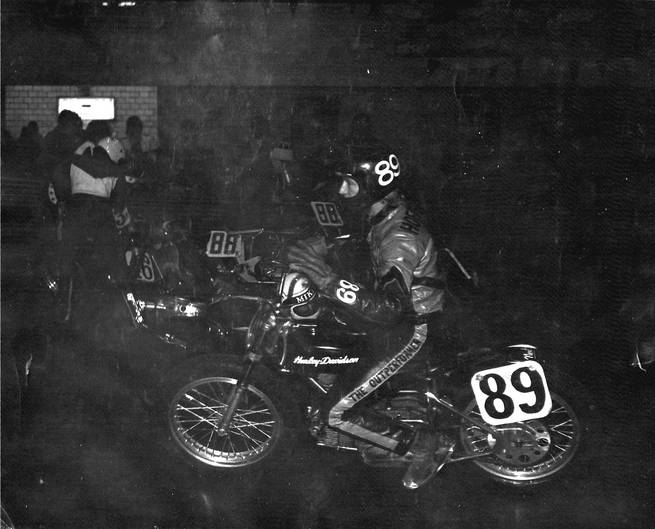 As a national number rider (89) from Bloomington, Minnesota, Billy Hofmeister was the one to beat at the Armory—and everyone’s favorite rider. “Looking back we went there to have fun and to try to win the darn thing. But when the race ended we all still shook hands,” he said. Hofmeister’s father bought Faribault Harley-Davidson in 1977 so Billy had an XR750 to ride. That was a big deal then. “Our family grew up in the scrambles and hill climbs. I went pro racing the first year with the XR to Canada and won the Canadian championship. I beat the Harley and Yamaha factory teams!”

In the Midwest especially, indoor flat track has been enthusiastically enjoyed for decades. Explanations vary but no one disputes the cabin fever theory; shut out of riding from late fall through winter, riders and spectators alike thronged to indoor race events to feed the moto-jones and breathe in Blendzall fumes. One who recalls those days well is Neil Ryan, promoter of the Donnie Smith Bike & Car Show, now in its 31st year in St. Paul, Minnesota. Ryan recently initiated an organization called IFT Racing to promote and facilitate such high-energy events. “Flat track plays into that American spirit of independence, competitiveness, and the need for speed,” he said. 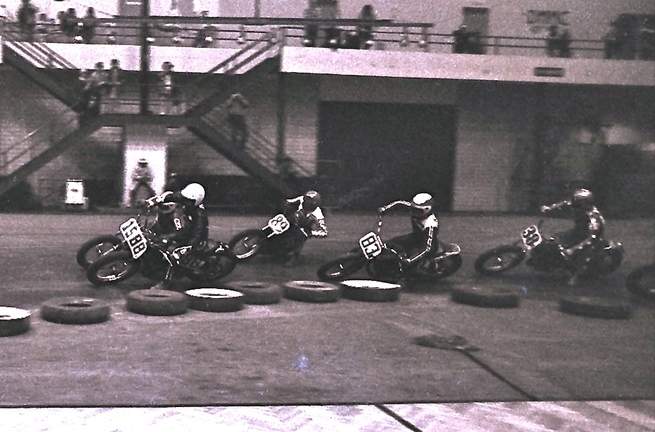 Armory rider Peter Hook raced there from the early ’70s and recalls the structure that made it a serious venue: “Promotors like Marlyn Klunder ran the races on time, like at Peoria and Springfield,” two of Hook’s favorite tracks. But at the same time the camaraderie was strong and the energy high. “It was like we were getting away with something,” Hook said.

Neil Ryan is bringing indoor flat track back to the Twin Cities. The War of the Twins, under the banner of Indoor Flat Track Racing, will be held at the Minneapolis State Fairgrounds’ Lee & Rose Warner Coliseum on March 23, 2018, the Friday night of Donnie Smith Show weekend. Said Ryan, “The Donnie Smith Show’s always had a swap meet component, along with the biggest custom show in the region. Adding racing back to mix brings it full circle and completes the package.” 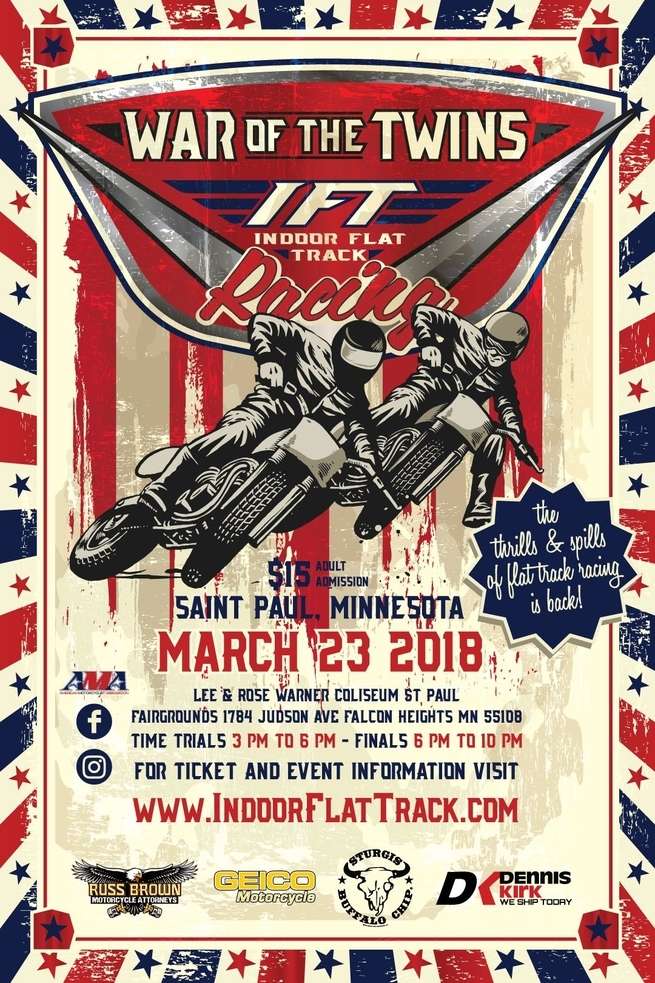 The IFT War of the Twins runs from 3 to 10 p.m. Friday, March 23. An adult ticket ($15) includes two kids under 12 free, so bring the family to part one of a moto-madness weekend in the Twin Cities, followed by the Donnie Smith Bike & Car Show Saturday and Sunday at St. Paul RiverCentre. The War of the Twins and The Donnie Smith Show: Two Midwest gearhead lynchpins guaranteed to heat up Minnesota in March.

With Ryan and Peter Hook at the helm, IFT’s War of the Twins is shaping up to be a reunion of sorts too. Billy Hofmeister is campaigning a Faribault H-D-sponsored team and he’s not the only former racer who’s returning. “You bet I’ll be there! I’m gonna put a rider on my 1969 for the Pro Twins class,” Hofmeister said.