Friends of ITN and its previous incarnation IW, know that members of the staff have been fans and friends of the Corbin/Hanner Band for a long time. If pressed Marilyn will fess up and admit that back when she was underage she used a fake ID to get in to hear them when they played the local Pittsburgh music scene when they were called Gravel. I go back even farther, back to when we were all still in high school, back to when they first started cutting their performing teeth in musky gyms and cramped social halls.

Its been a lot of years and smiles for all of us but sadly Bob Corbin and his pojo Dave Hanner have decided to retire Corbin/Hanner. But we’re glad to announce that Bobby C, as he’s known to many of us, has released a new solo album; “I’m The Hero, I’m The Villain” (Dave is working on his own solo project). Its filled with 16 tunes that Bob has written over the years. Where the Righteous Brothers music was known as ‘Blue Eyed Soul’, I prefer to call Bob’s style ’Blue Collar Soul’. His tunes resonate of gritty, down-to-earth, true life, workingman experiences.

The 16 cuts on “I’m The Hero, I’m The Villain” are a mix of ballads, rock, country and country-rock tunes and are delivered in Bobby C’s smoke-filled barroom voice. I like to imagine that one of my solo motorcycle trips to the Left Coast helped inspire him when he wrote my favorite cut “Straight Into The Night”. All the songs are currently available on iTunes, Rhapsody plus other digital music sites and if you’re old school the CD is available at cdbaby and Amazon. But the best way is through Bob’s site at: www.bobcorbinmusic.com/ That way you can learn more about Bob, Dave, and Corbin/Hanner. 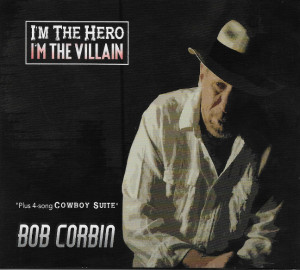 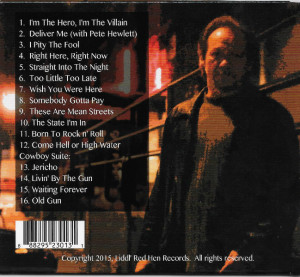