Charlie St. Clair, executive director for Laconia Motorcycle Week, has been awarded the 2018 Silver Spoke Award for Government in recognition for the good work he has done to improve the image of motorcycling. The award was presented on May 12, 2018 at the 33rd Annual NCOM Convention and Awards Banquet in Mobile, Alabama. NCOM (National Coalition of Motorcyclists) is a national motorcyclist’s rights organization and was created to promote a positive image, serve as a legislative voice, educate and unite the motorcycling community. Says Richard M. Lester, NCOM Founder, “we have found that communication between motorcyclists is not only valuable, but necessary to achieve our mutual goals.” The convention, which draws more than a thousand motorcyclists from throughout the United States and around the world, offers workshops and seminars on timely issues such as the intelligent transportation system and how it effects motorcycles, running for public office, learning the legislative process, motorcycle safety and awareness, fighting anti-motorcycle discrimination, veteran affairs, motivating the grass roots and more. 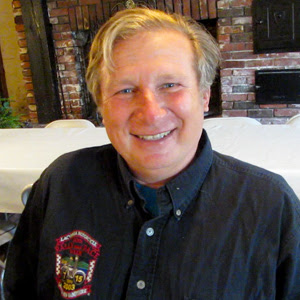 Laconia Motorcycle Week is the world’s oldest motorcycle rally. In his capacity as Executive Director, Charlie has worked for the nonprofit for three decades and has committed himself to educating visitors and residents of the lakes region about the community of motorcycling. Says Charlie after hearing of his Silver Spoke Award nomination, “I’m proud to have served this great community of riders and the relationships we’ve built over the years. There’s a reason why Laconia Motorcycle Week has a legacy spanning 95 years, and I dedicate this award to all the people that have made this rally such a success through its camaraderie and love of riding.”

Laconia Motorcycle Week® gives great appreciation to all of our sponsors, especially our Presenting Sponsors: Progressive, AMSOIL, American Iron Outfitters and AARP as well as the State of New Hampshire for their large financial support of our rally each year.