The “Captain America” bike ridden by Peter Fonda’s character Wyatt in the 1969 classic film “Easy Rider” has a new owner. The iconic red, white and blue; stars and stripes painted Panhead chopper (owned by Los Angeles Realtor and movie memorabilia collector Michael Eisenberg) was sold on October 18th at the Profiles in History auction houses for $1.35 million. Eisenberg bought the bike from actor Dan Haggerty (Grizzly Adams), who had a bit part as a Hippie in the movie and maintained the motorcycles during filming. Haggerty claims this bike is the sole survivor of the ‘Captain America’ bikes that were built for the movie. The movie “Easy Rider“ and the bikes in it stirred a passion for motorcycles in generations of riders. 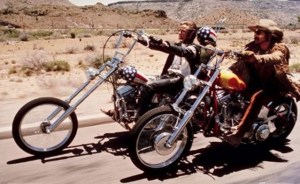 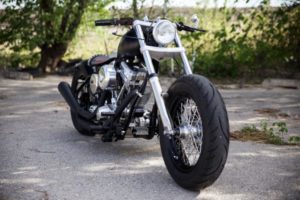 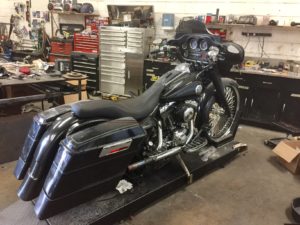