Motorcycling lost a great ambassador on February 21st when Albert Moore passed away. Albert was a biker’s biker, a rider’s rider. He was a legend to riders in Pennsylvania, Ohio and West Virginia for his work ethic, knowledge and generosity. Many people from around the world knew him from his first class work putting out award winning pieces of show chromed parts as owner of Albert’s Custom Chrome shop.

A fun loving guy, Albert had a devilish smile and a hearty laugh. You always knew where you stood with Albert as political correctness was not his strong suit. He pulled no punches, calling a spade a spade and if you didn‘t like it, too bad. If you were a friend he’d give you his last dollar, the shirt off his back, or roll up his sleeves to help you the best he could. He lived life large and was larger than life. Those who knew him were better for it and those of us who called him friend were blessed. He will be sorely missed. Rest in peace old friend. 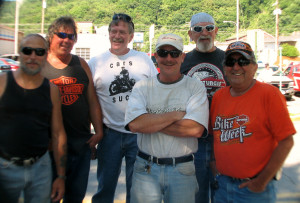 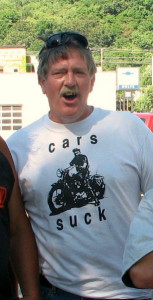