The J&P Cycles Ultimate Builder Custom Bike Show circus rolled into Minneapolis with the weather in the low 30’s. Locals were happy because it was a warming trend in the city. When we rolled out it was frosty 12 degrees.
Even though it was Super Bowl 50 weekend, the show was packed with enthusiasts. The bikes were outstanding with the MOD Retro class full of interesting and diverse custom sleds.
Jeff Holt selected Poncharello, a Union Speed & Style custom sled, built by Jordan Dickinson for the HOT BIKE award. He then selected Swamp Witch built by Pete Mason for Street Chopper Magazine. The People’s Choice award went to Matt Johnson and his 1989 GSX-R 750. He received a BELL Custom 500. The SHO DOG Award goes to the hardest working builder at the show and in Minneapolis it went to Crazy John Markwald and his double engine bike. He went home with a Leatherworks Solo Bag.
J&P Cycles Ultimate Builder FreeStyle Class
Katie Washnok’s custom motorcycle is named Pearl and it took 1st at the Minneapolis 2016 Ultimate Builder Custom Bike Show. Katie is the “better half” of the husband and wife team that builds custom bikes from Blackout Motors, a shop that is a stones throw from Sturgis, SD.
The bike features a custom Coach Leather saddle, Ridewright Wheels, S&S KN93 mill, Black Doom Frame, Springer and an open primary. The Grip Ace integrates all the switches to a switch pad on the grip and delivers a clean handlebar.
James and Katie will be heading back to the shop with $2,000 in awards and a championship ring from Speakeasy Original.
1st – #750 – Katie Washnok, Blackout Motors – 2013 Blackout Motors named Pearl
2nd – #250 – Jordan Dickinson, Union Speed & Style – 2014 Union Speed named Poncharello

J&P Cycles Ultimate Builder MOD Harley Class
Dell Battle won in Cleveland and decided to roll the dice for the win in Minneapolis. The gamble paid off with another win and another check for $1,000. He will be heading to Chicago to compete in the championship and a 120R Engine award from Harley.
Dell named his bike 72 Style Sporty and the 1991 Sportster features tall billet wheels, custom exhaust, intake, custom tank, controls and swing arm. Air ride front and back allows the bike to look aggressive while at rest.
1st – #925 – Dell Battle, HBC & Dangerous Dezigns – Named 72 Style Sporty
2nd – #800 – Tice, DAF Customs – 2006 Dyna named Dirty Diana

J&P Cycles Ultimate Builder MOD Custom Class
Matt Johnson thrashed to get his bike done and then at the last minute threw it in a van and rushed over from Wisconsin to get it into the Minneapolis edition of the J&P Cycles Ultimate Builder Custom Bike Show. It was a good thing because his 1989 Suzuki GSX-R 750 took 1st place and he received a check for $750. The custom dragster features Trac Dynamocs swing arm, inverted forks, air shifter, 2 stage rev limiter, Beadlock wheels, PMFR hand controls and NOS.
1st – #850 Matt Johnson – 1989 GSX-R 750 named Unaffiliated 7-11
2nd – #550 Tracy Parkes, The Gas Box – 2015 Vulcan S

J&P Cycles Ultimate Builder MOD Retro Class
This is the first year that Jordan Dickinson of Union Speed and Style entered the Ultimate Builder. And for a rookie he came away with a win in MOD Retro, HOT BIKE Editor’s Choice award and 2nd in FreeStyle. For his effort Jordan took home a big $750 check. Not a bad weekend.
The winning Frost Buzzard is a 1951 Harley-Davidson Pan Head that features hand-formed gas and oil tanks. The paint is by Michael Cody.
MOD Retro is an open class for any build with a motorcycle based drive train 1984 or older. It requires an OEM driveline with stock, modified or aftermarket frame.
1st – #275 Jordan Dickinson, Union Speed & Style – 1951 Panhead named Frost Buzzard
2nd – #375 Kevin Theis -19080 Shovelhead named Cabin Fever

The US Championship is just a week away with awards of over $50,000 in cash and prizes. The FreeStyle winner receives a $10,000 award. MOD Harley winner takes a Harley 120R performance engine. And the MOD Custom takes the keys for a Royal Enfield. 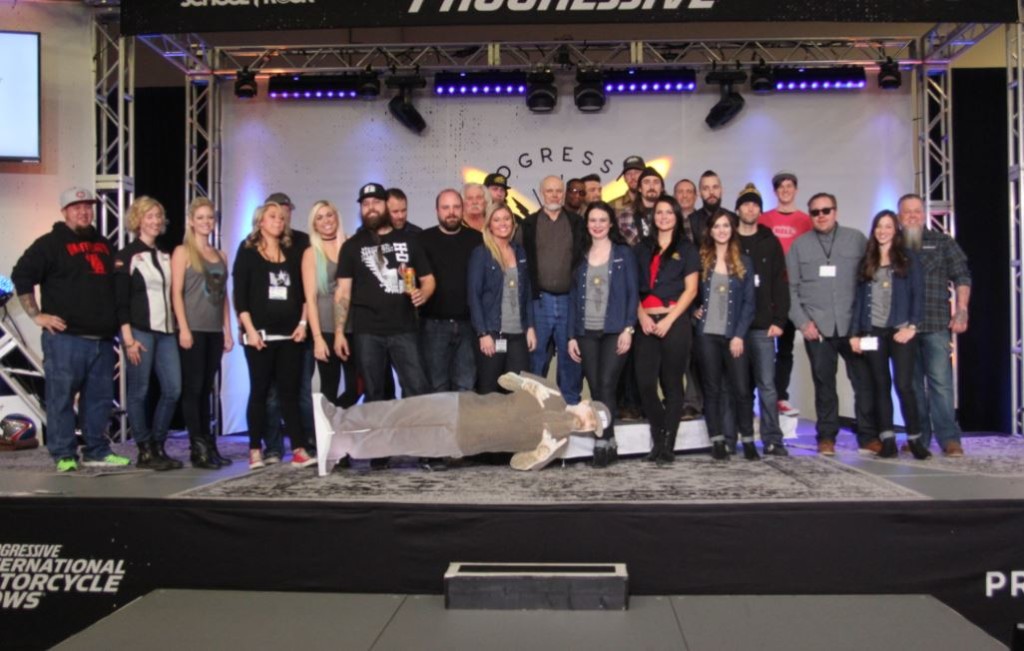 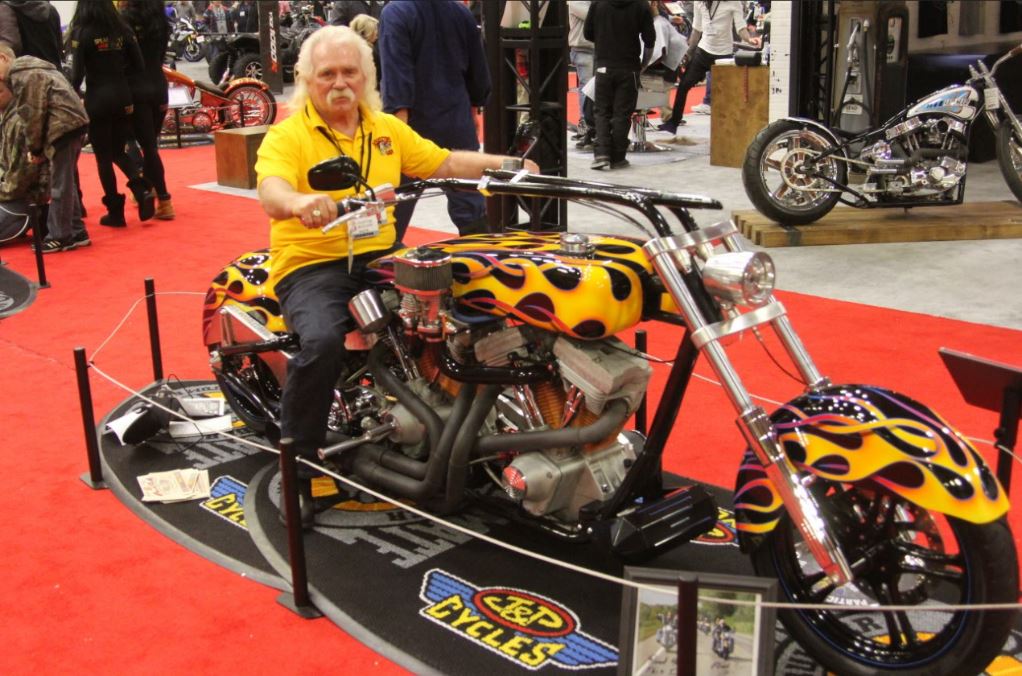 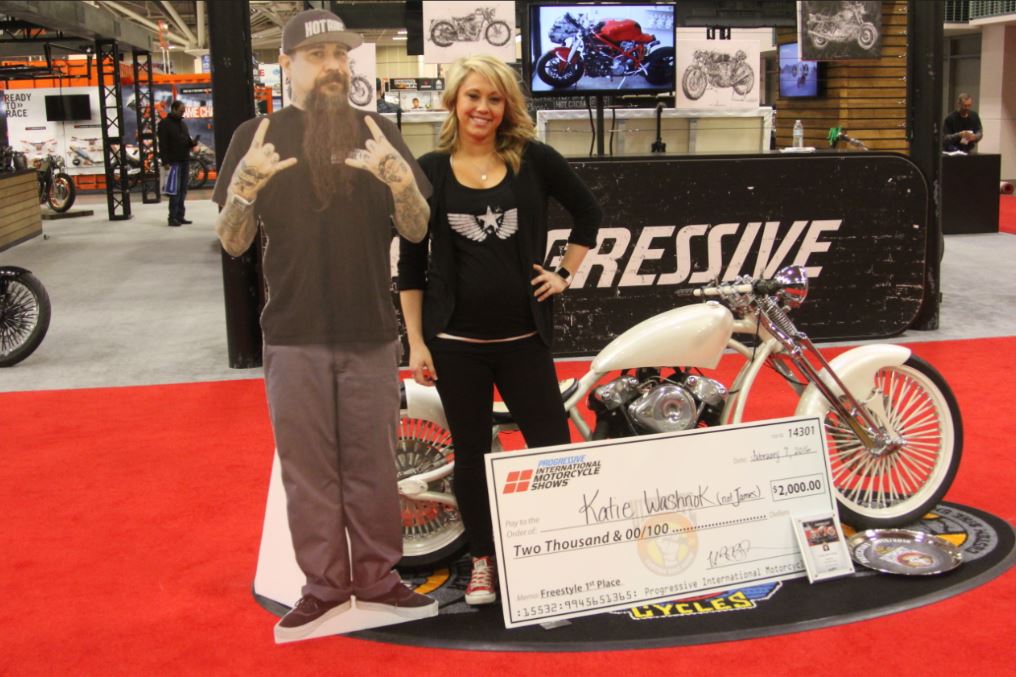 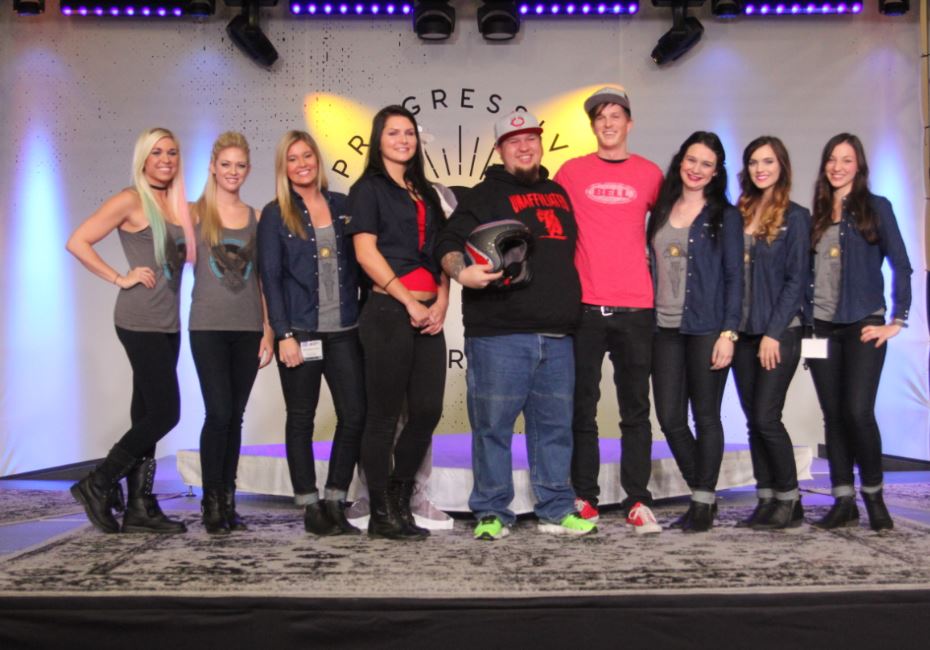 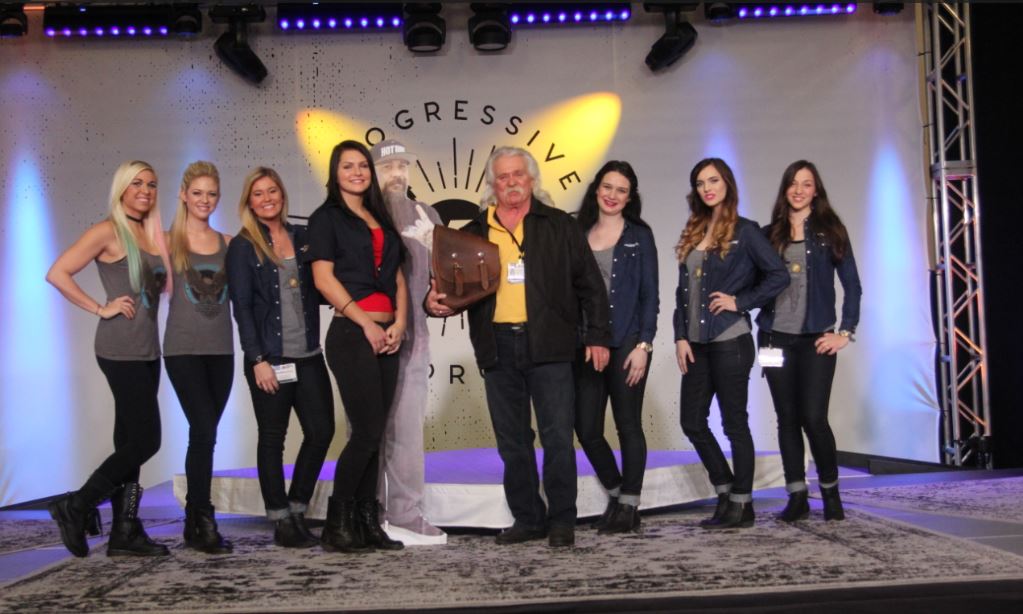 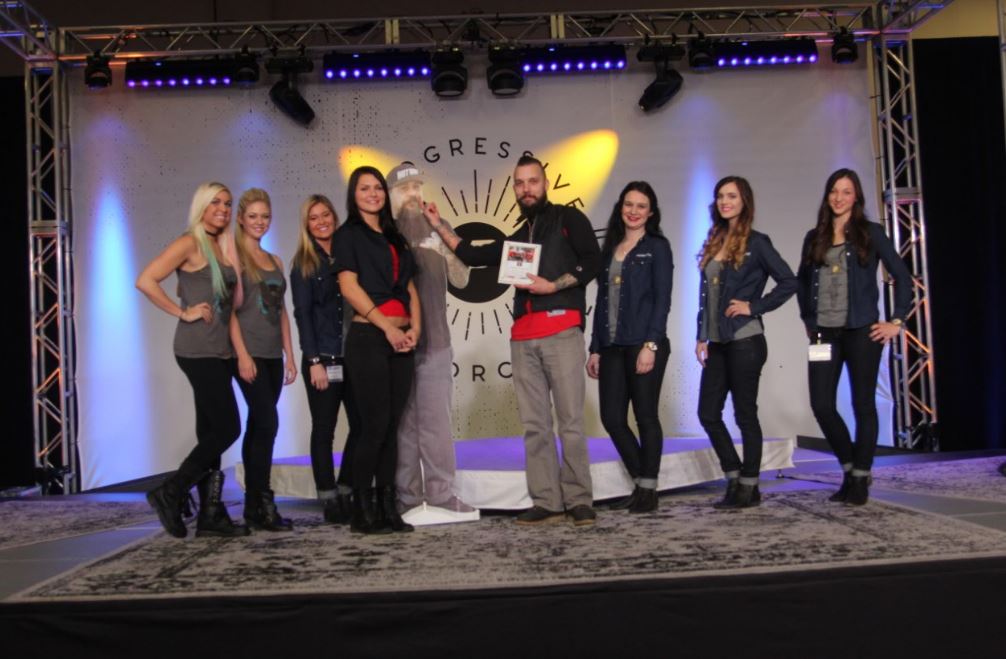 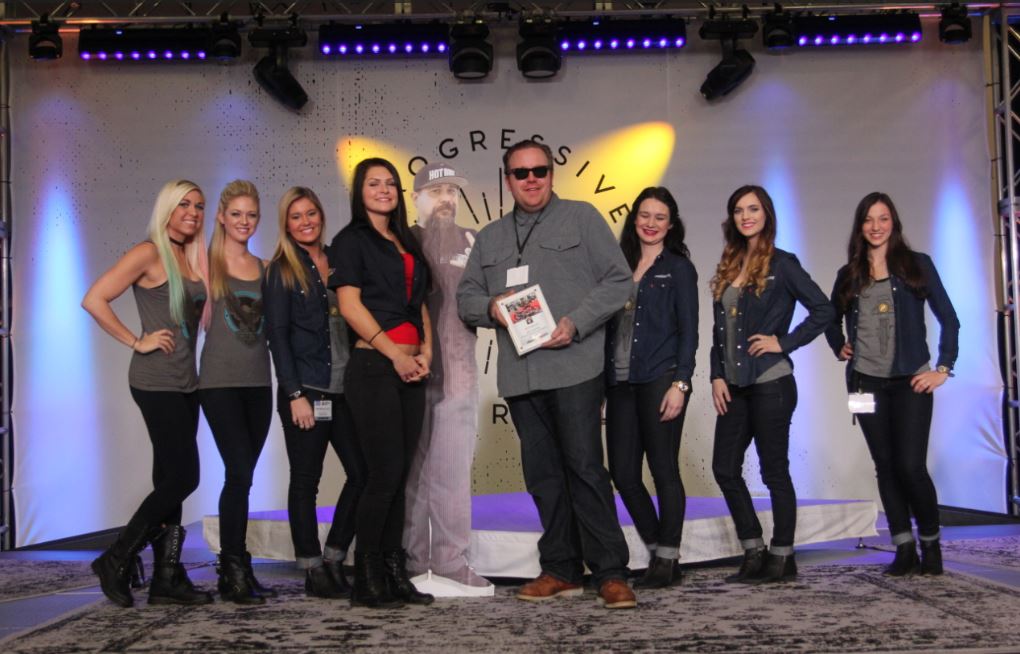 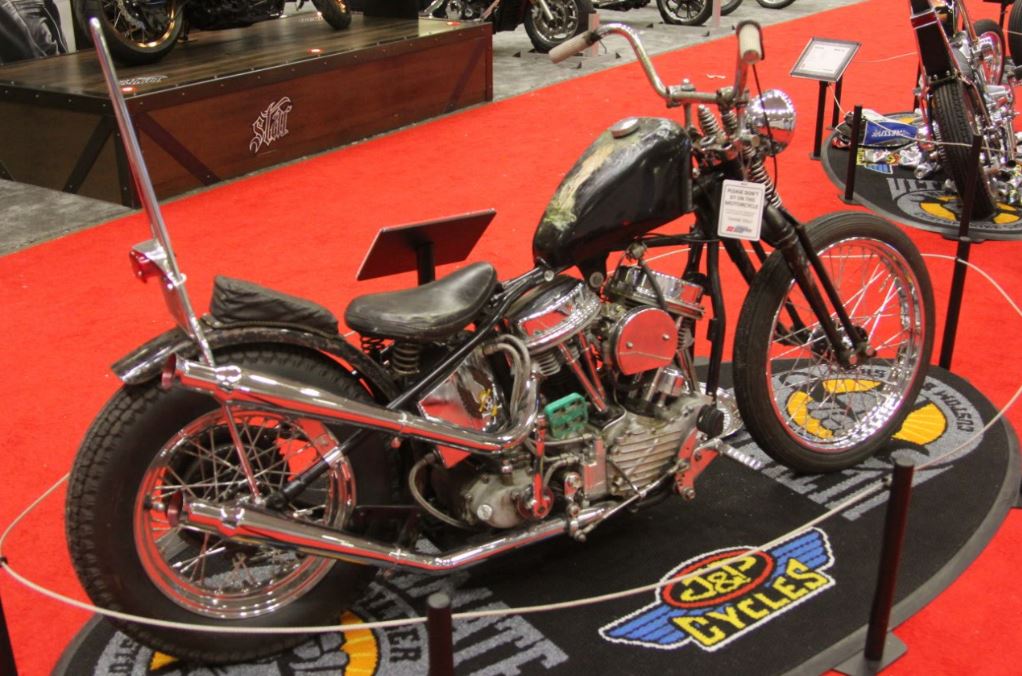 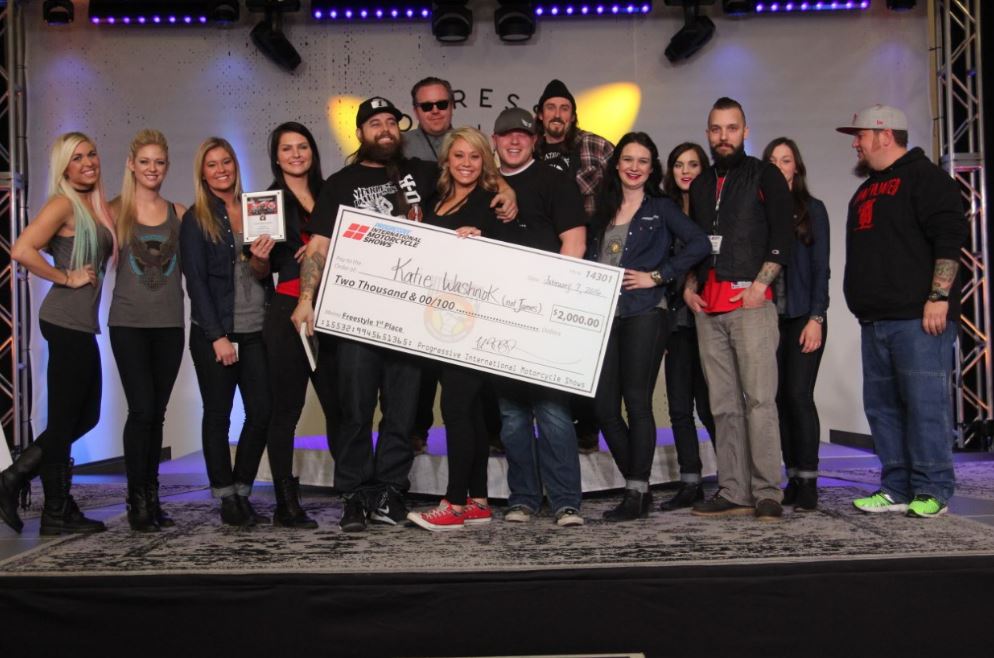 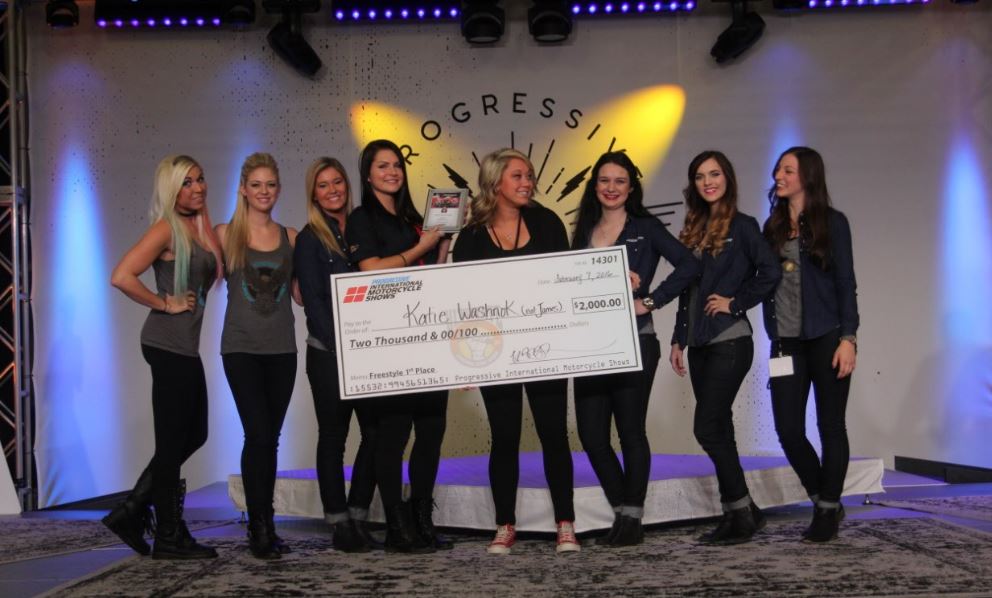 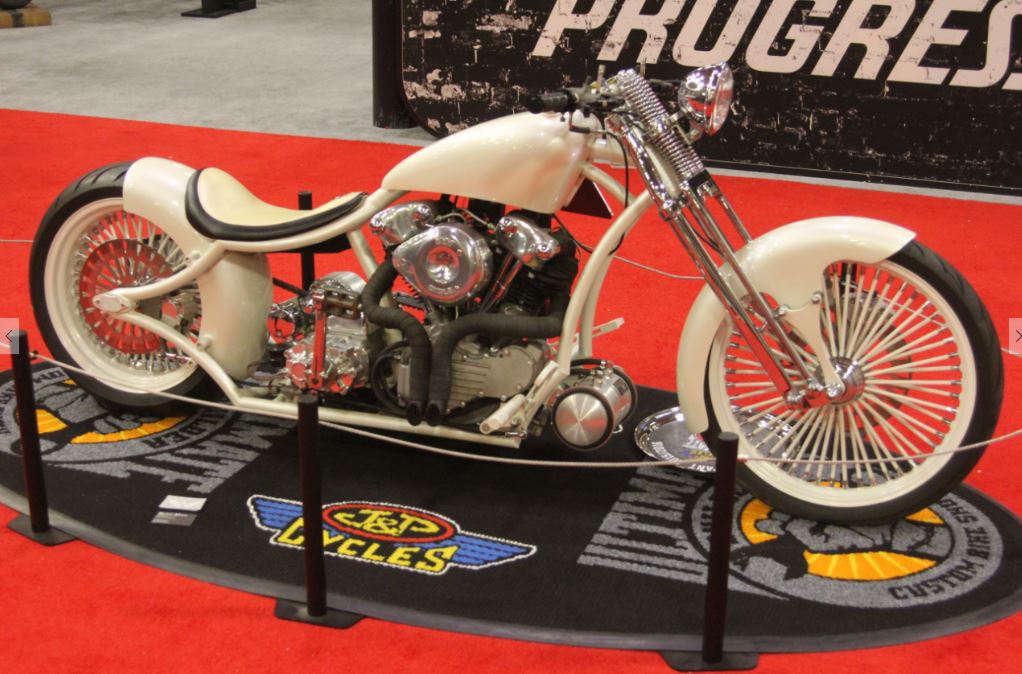 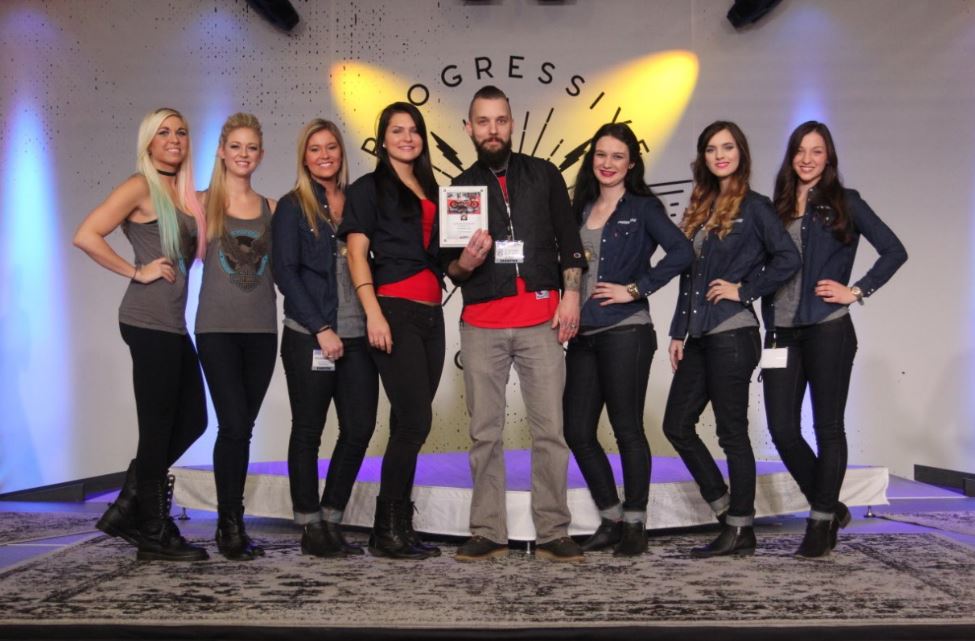 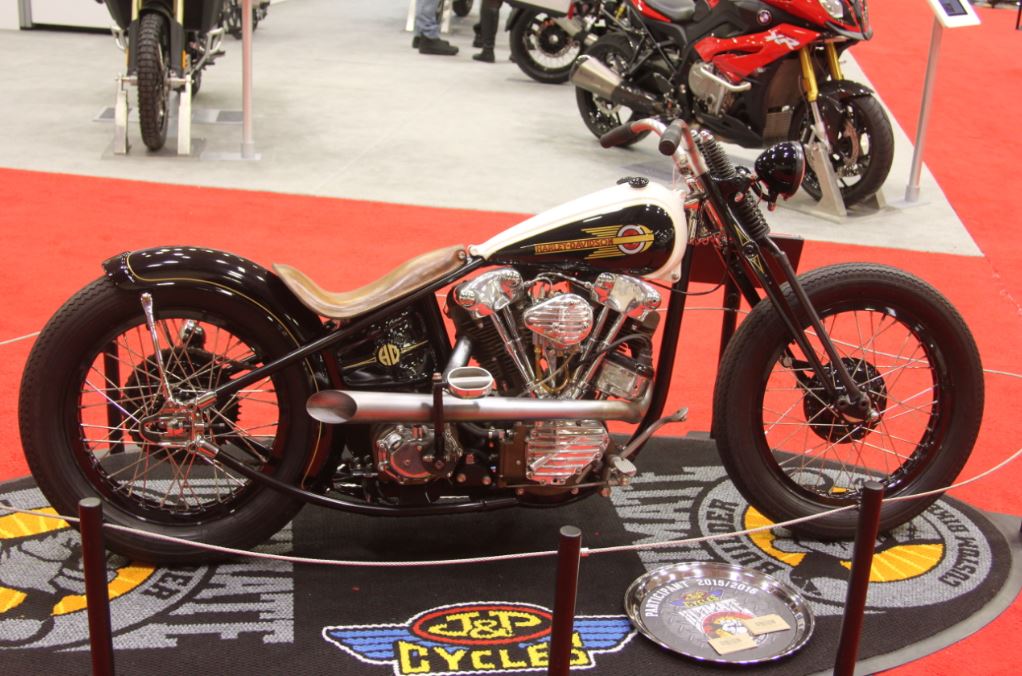 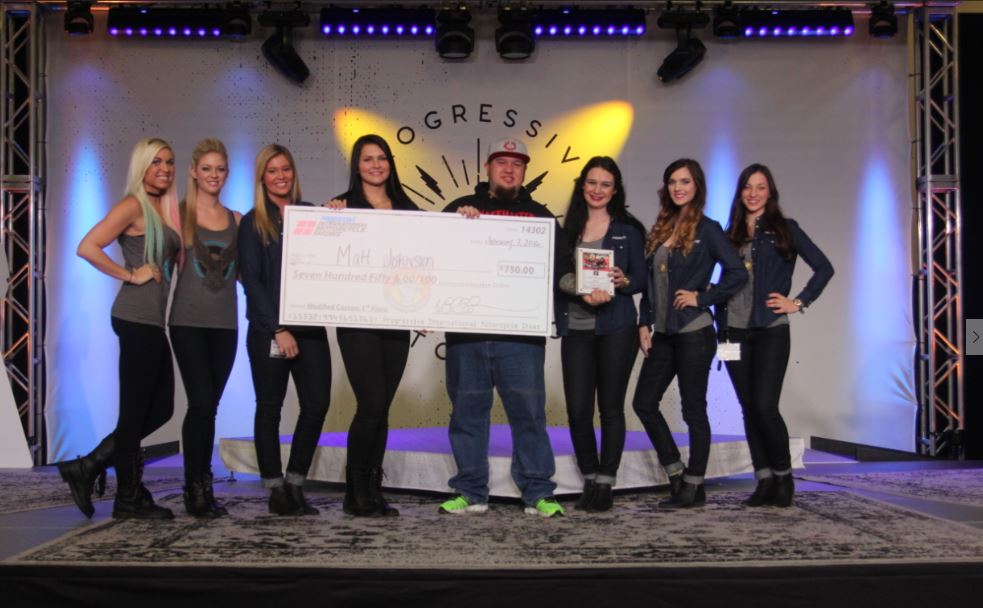 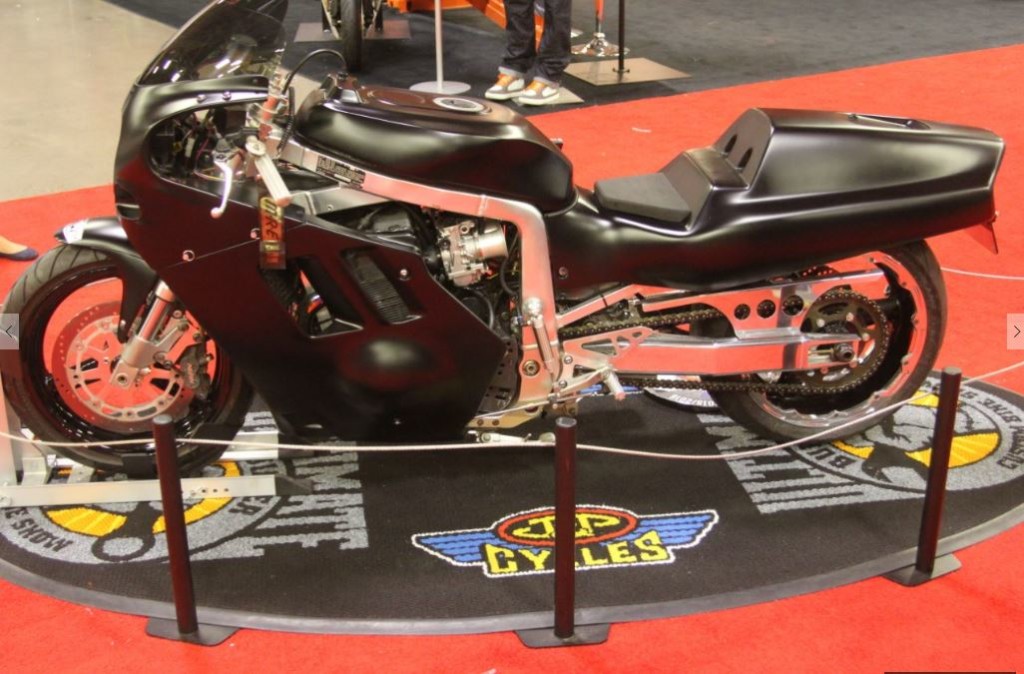 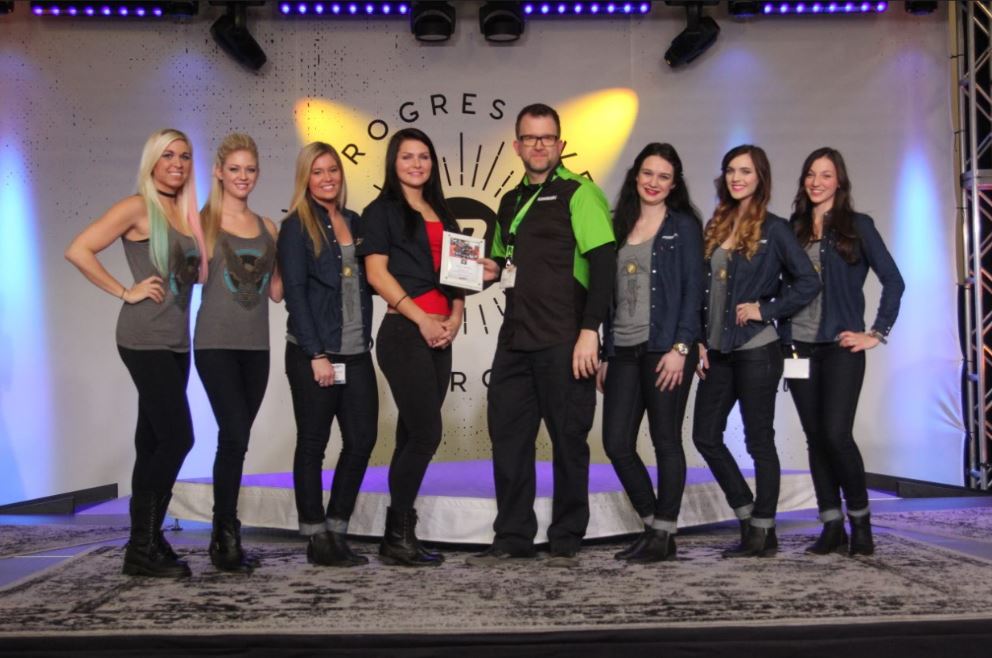 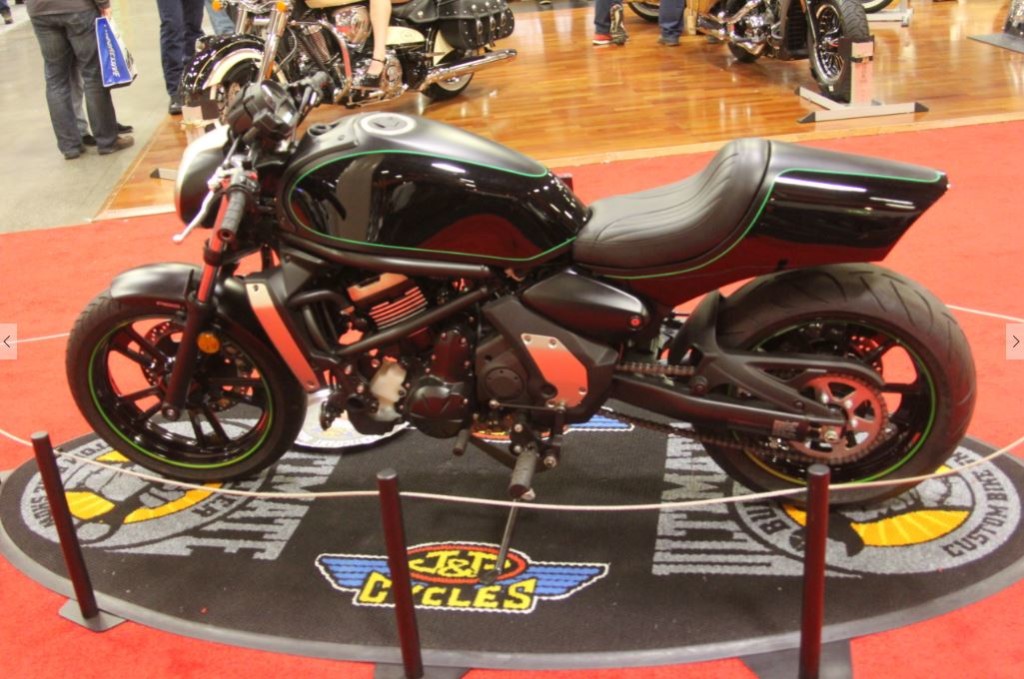 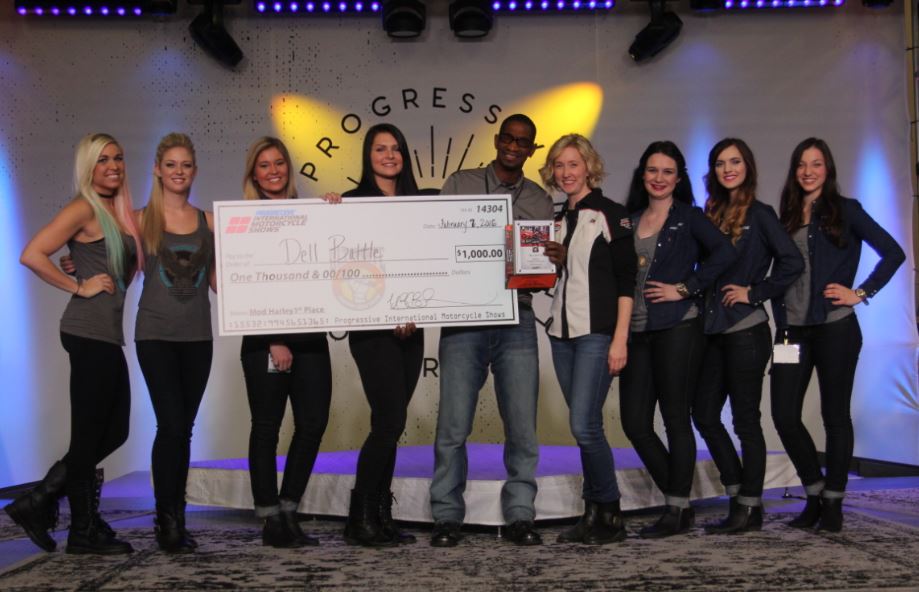 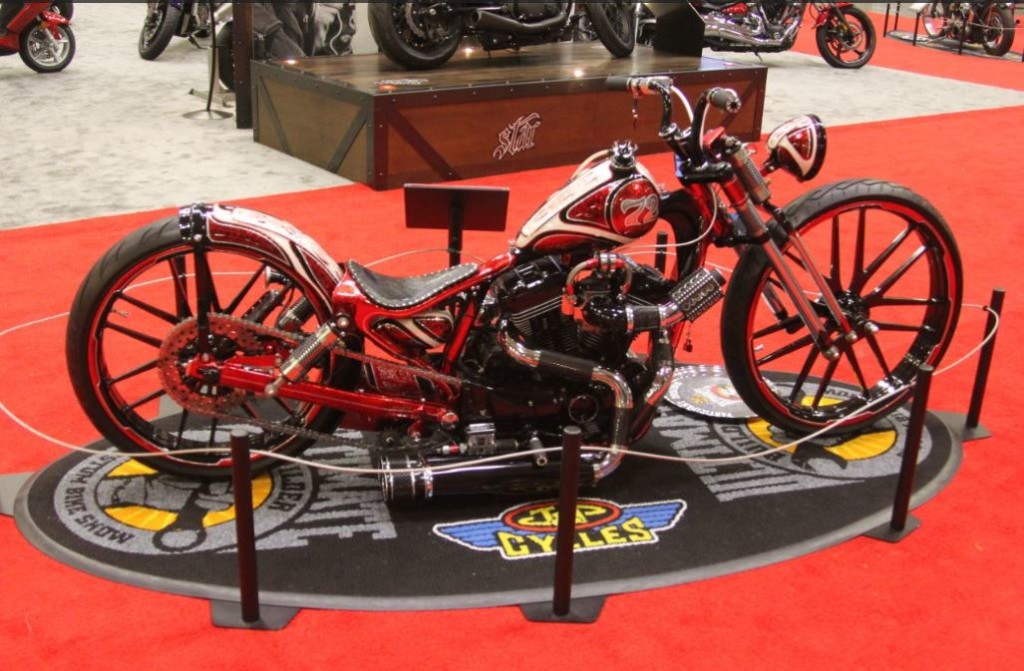 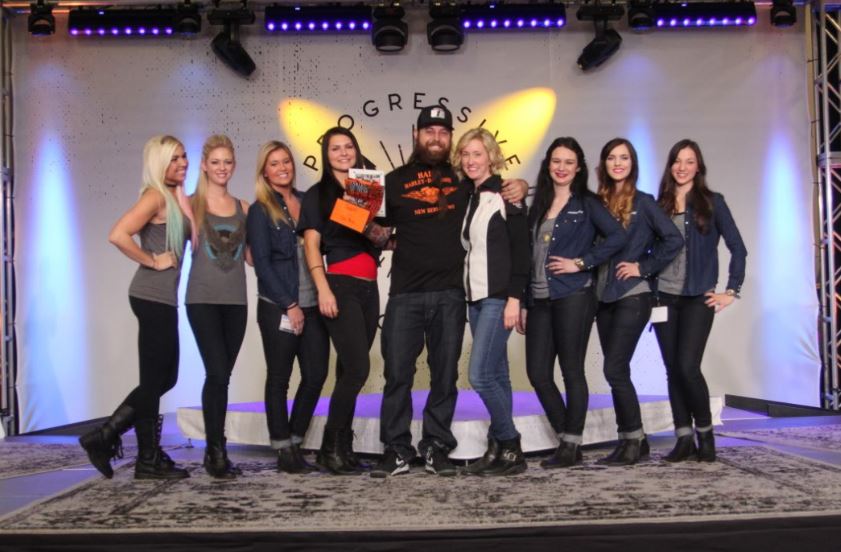 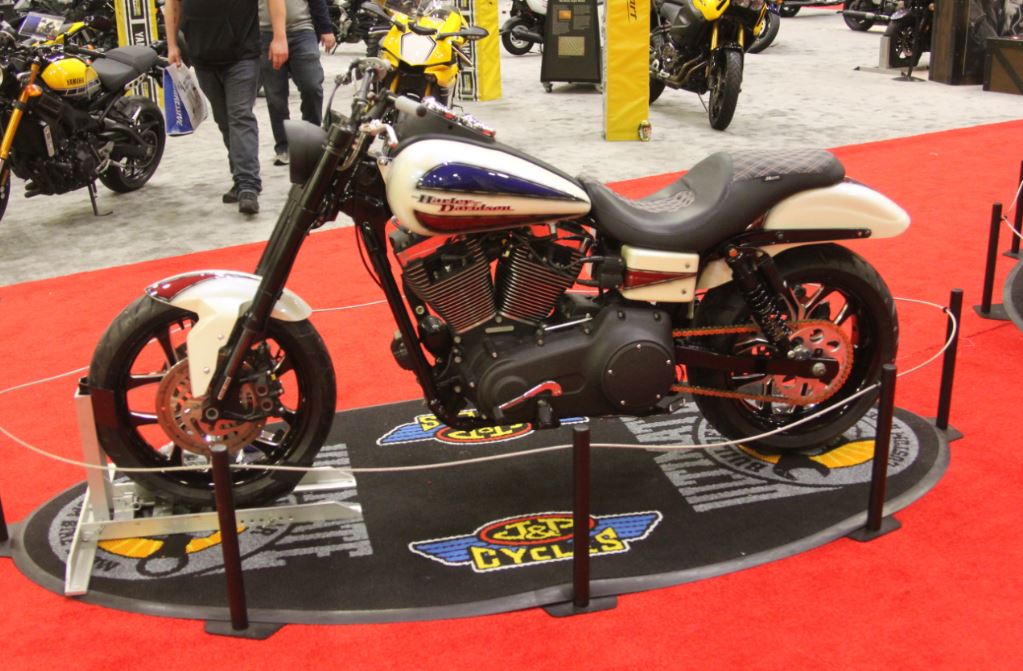 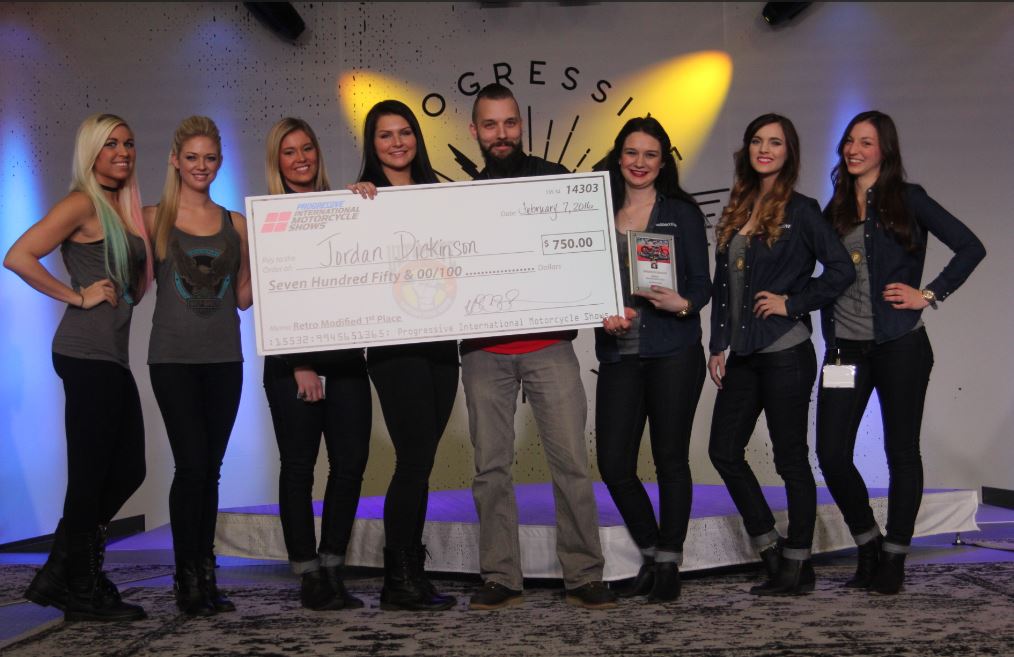 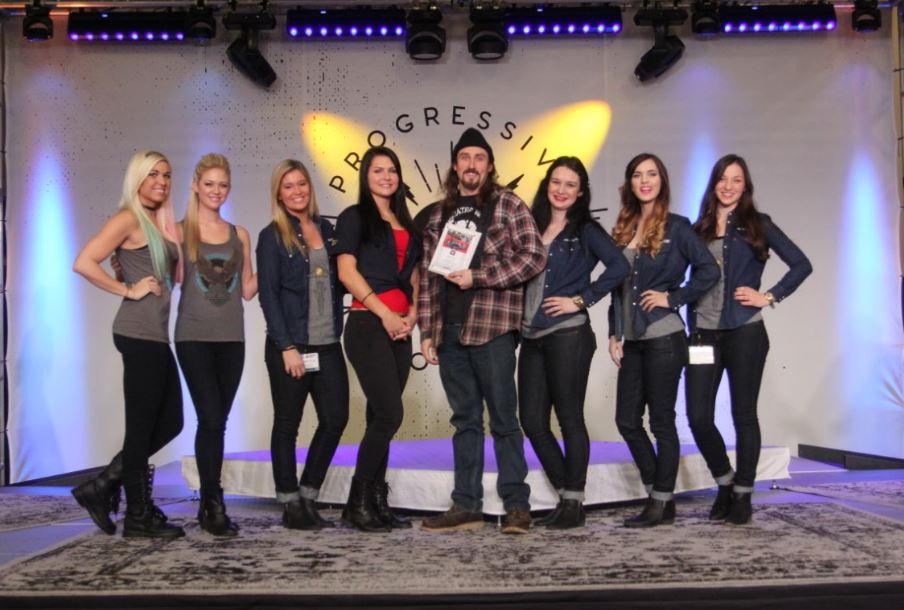 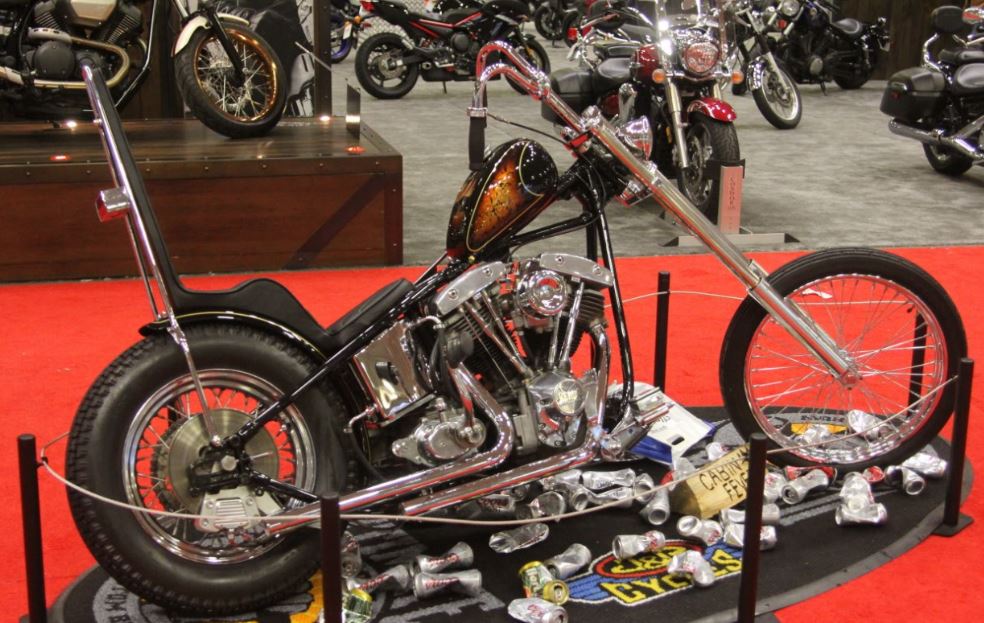