We’re posting a few scenes from the Garage Brewed show in Cincinnati, held Saturday night, 2/6. It seemed like everyone who was in town for the V-Twin Show turned up at the Rhinegeist Brewery – plus a local crowd, too.  Tis was the second year for the show, organized by a local vintage bike club and hosted at the micro-brewery’s rescued warehouse facility in the city’s Over-the-Rhine Brewery district.

There was plenty of cold brew to be had and about 50 bikes of various makes and models. The bikes were artfully displayed, some strapped to beer kegs, some on a large centrally placed pedestal, even a few hanging from the walls. The event also garnered several industry sponsors such as Avon Tyres, DEI, Spectro Oil, and Workshop Hero/Metal Rescue, Rev It! and TC Bros. 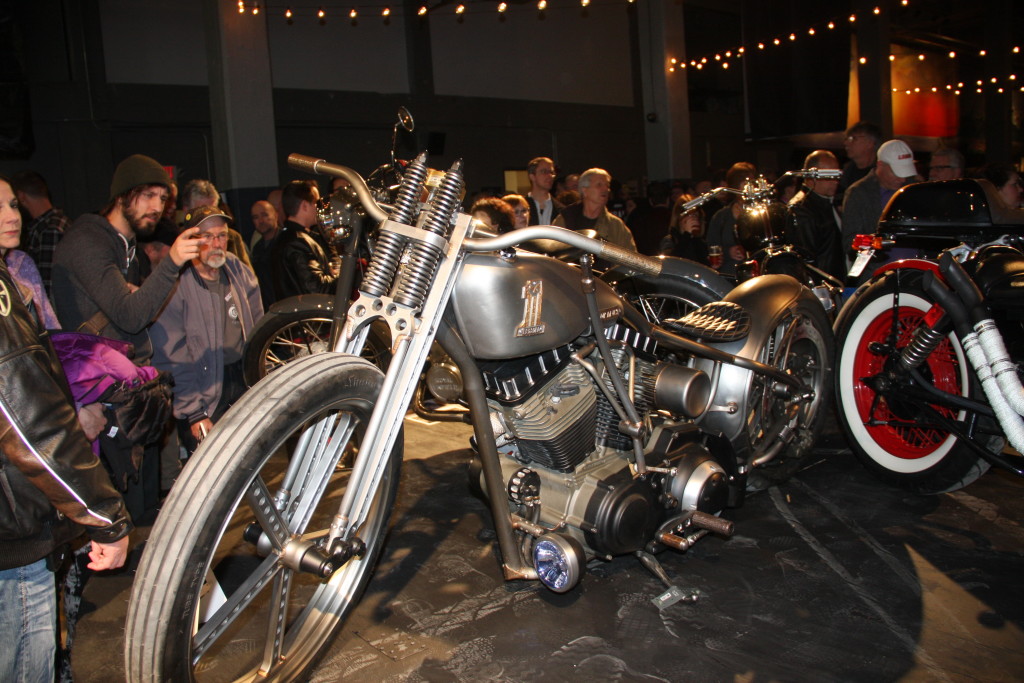 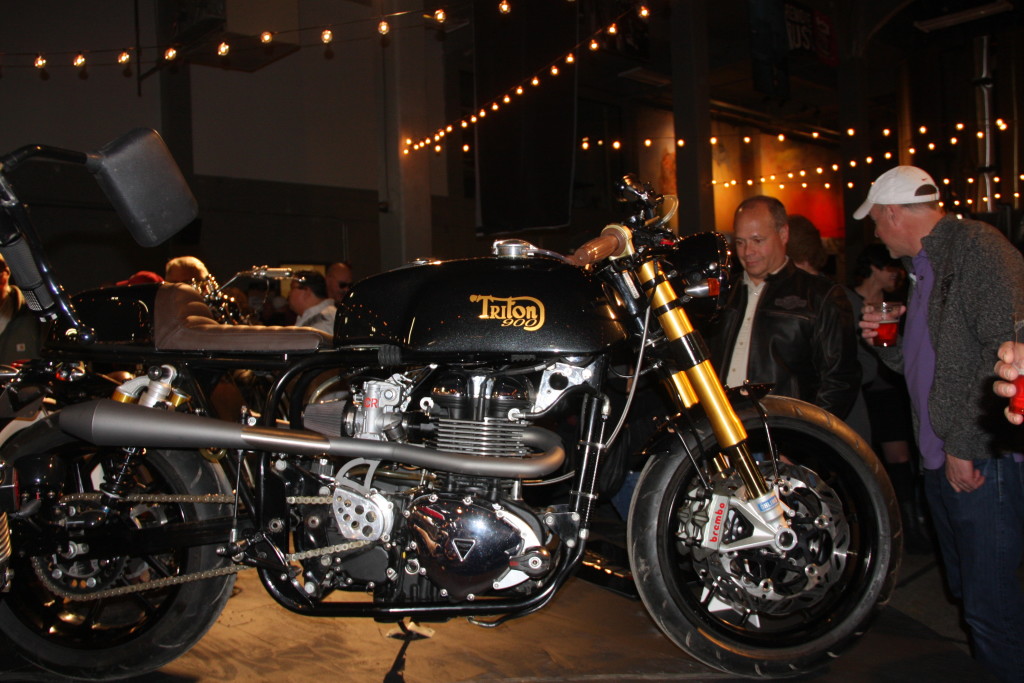 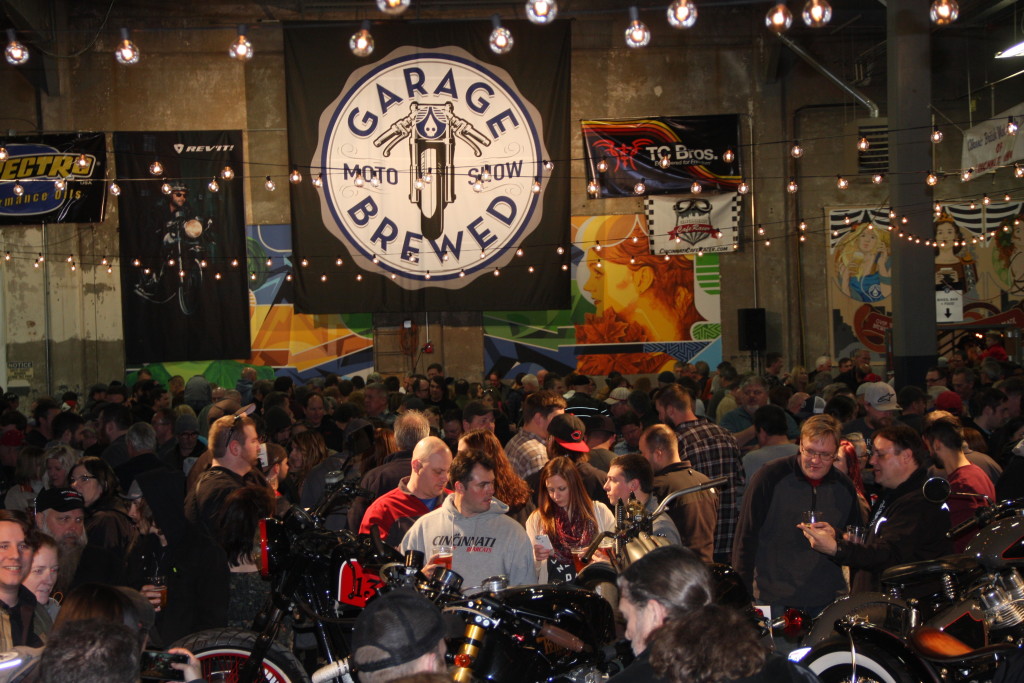 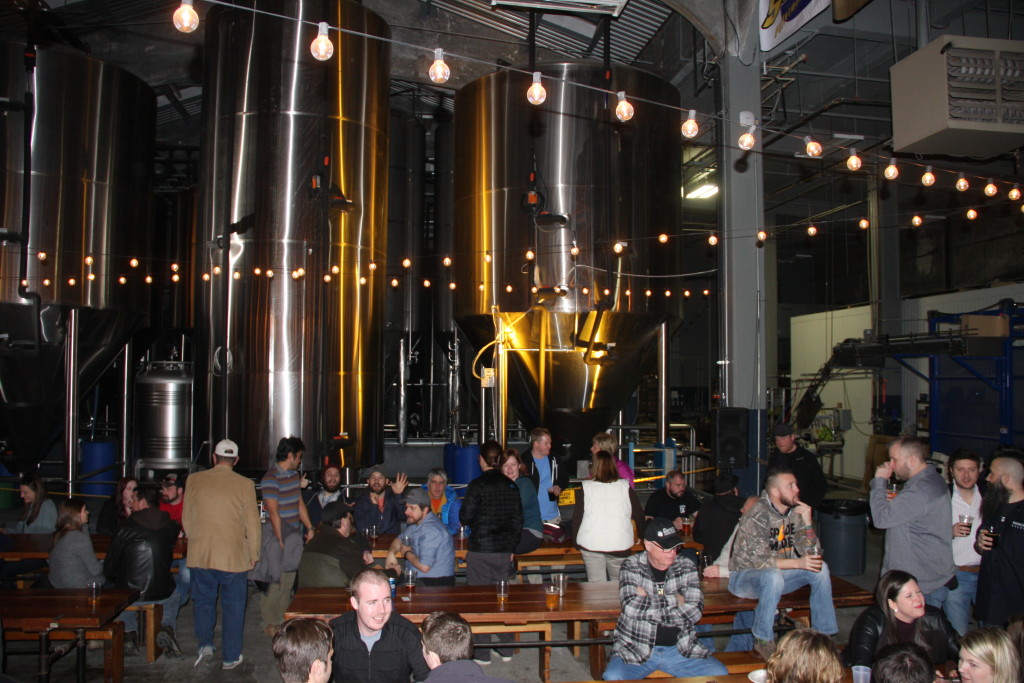 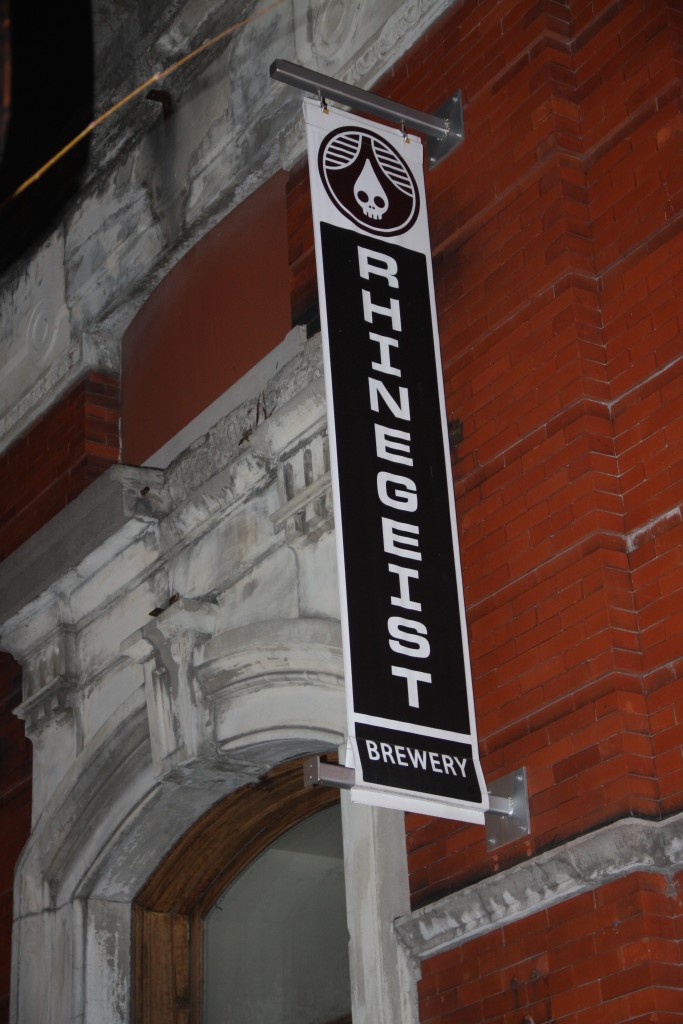