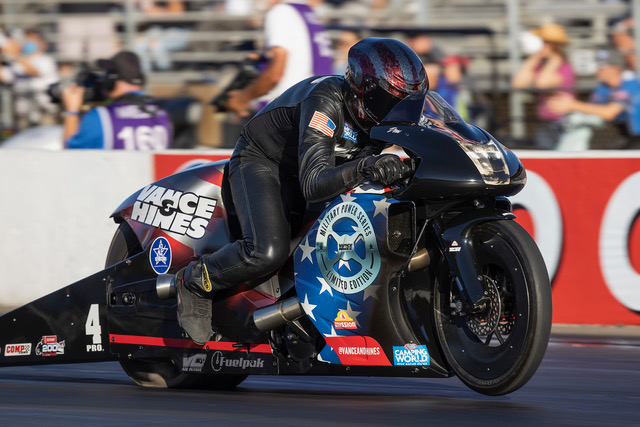 The program offers contingency sponsorship funds to riders in American Flat Track (AFT), MotoAmerica, NHRA Drag Racing and XDA Drag Racing. Contingency funds are offered to riders who are top finishers in a race or series and who qualify by using Vance & Hines products and services. Total value of the contingency sponsorship program in 2022 is $198,050.
“Our company is built on a foundation of racing and performance,” said Vance & Hines President Mike Kennedy. “These contingency payouts are just one of the ways we support riders who use our products.”
In American Flat Track, Vance & Hines offers funds to the top ten finishers in every Production Twins and Singles class race and to the top five finishers in each SuperTwins race. In addition, a $5000 Championship Bonus is offered in each of these three classes. With 18 races on the 2022 schedule, total potential payout in AFT is $110,850.
MotoAmerica, the country’s preeminent motorcycle road racing series, has expanded its slate of King of the Baggers (KOTB) races to seven and includes Twins Cup races at all 13 of their events. Vance & Hines will offer payouts to the top five finishers in each KOTB and Twins Cup race and offers a $5000 series Championship Bonus in each class as well. Total available payout in MotoAmerica racing is $44,200.
In NHRA Drag Racing, riders who finish first or runner-up using a Vance & Hines four-valve Suzuki motor in each Pro Stock Motorcycle class race (PSM) earn a payout, and a rider could also earn $10,000 for winning the championship. Riders using a Vance & Hines exhaust for their Suzuki motorcycle in PSM earn a payout for a first or runner-up finish at each event. Total potential payout for NHRA is $34,000. Vance & Hines factory race team riders are not eligible for these contingency payments. 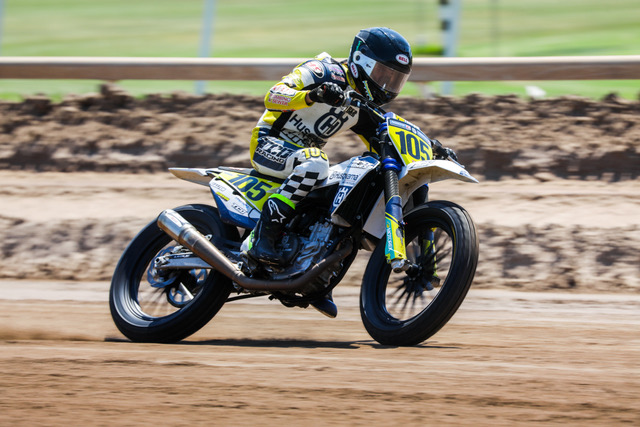 The Xtreme Drag Racing Association (XDA) series offers ten classes of racing at six events which run from April through September 2022. Contingency is offered to the top two finishers in each class of each race for using a Vance & Hines exhaust or for head work done by the Vance & Hines Racing Development Center. Potential payout at XDA races is $9,000.
Specific requirements for earning contingency payouts are managed by each sanctioning body.
ABOUT VANCE & HINES
The Vance & Hines brand has always been about enhancing the exhilaration of the motorcycle ride. It started over 40 years ago, when Terry Vance and Byron Hines were two young enthusiasts in the fledgling Southern California motorcycle drag race scene. Terry always wanted to go faster and Byron knew how to make that happen. In short order, their on-track success and innovation drew the attention of other racers, riders and motorcycle manufacturers, which ultimately translated to commercial demand for their products and services. Today, the Company’s mission and activity is the same; make bikes go faster on the racetrack and take those learnings to make impactful products for riders around the world. Since the Company’s inception in 1979, it has run factory race programs in partnership with Suzuki, Yamaha, Ducati and Harley-Davidson in drag racing, road racing and flat track. Vance & Hines is based in Santa Fe Springs CA and has its Racing Development Center is in Brownsburg IN. Learn more about the company’s history and products at www.vanceandhines.com.
Tags: $200 000 motorcycle motorcycle racers racing sopport sponsorships Vance & Hines 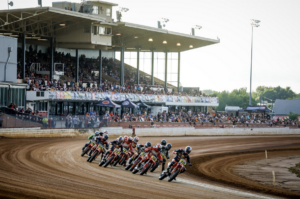