Santa Fe Springs CA – April 26, 2021 – The Vance & Hines Racing Team will return to the road courses for  MotoAmerica’s three-race King of the Bagger series, leveraging the staff at the company’s new Racing Development Center (RDC) to build this year’s entry. Fielding one of the highest performance Harley-Davidson touring bikes ever assembled, the team is building off of their successful podium finish in the inaugural King of the Baggers race at Laguna Seca in 2020. 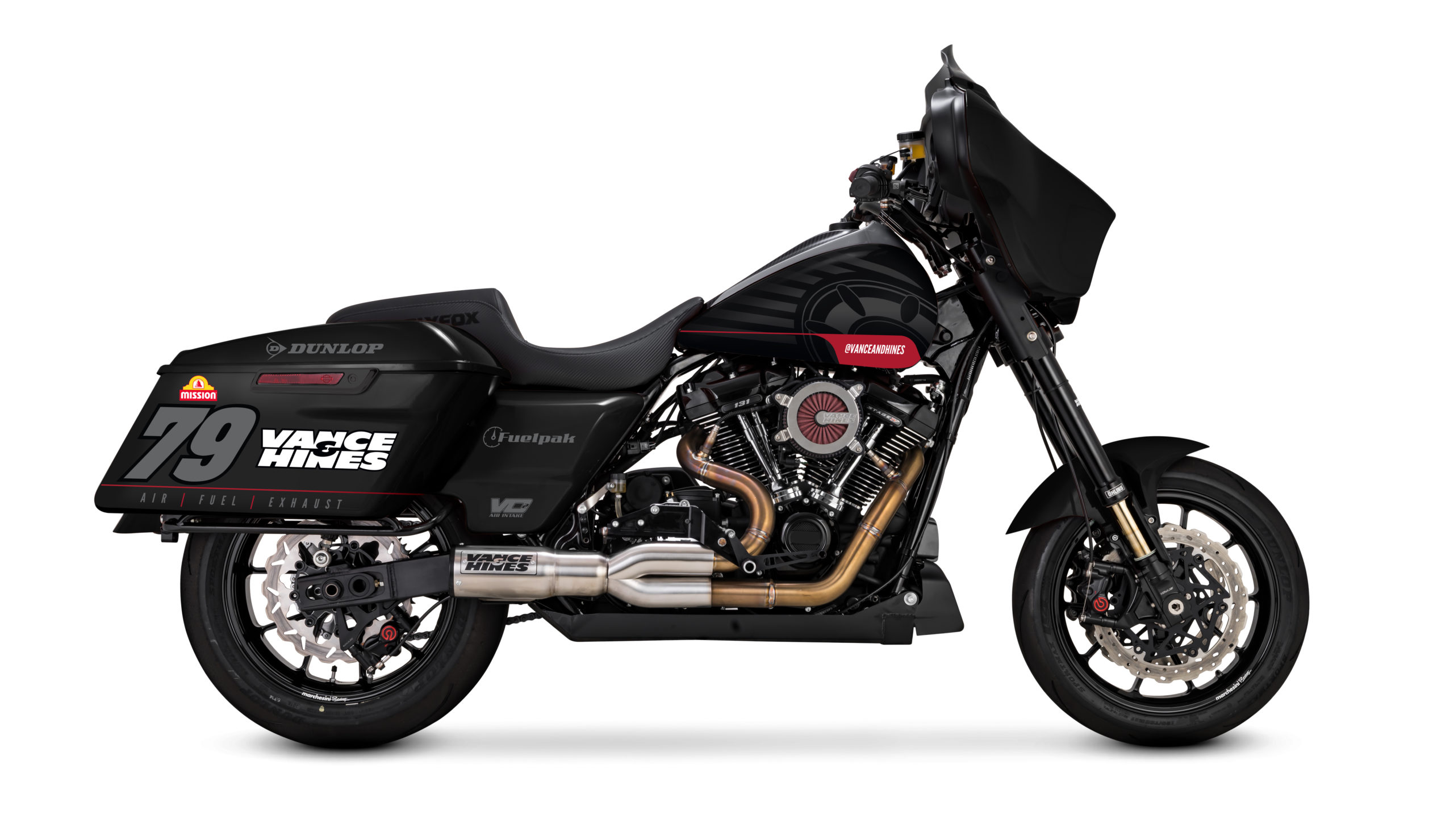 The bagger rocket ship will be piloted once again by Hayden Gillim, whose got racing credentials in MotoAmerica, MotoGP, WERA and American Flat Track and has wins or championships in almost every class he’s ever raced. Gillim has a winning pedigree, too. He’s a cousin of Nicky, Roger and Tommy Hayden and hails from racing hotspot, Owensboro, Kentucky. 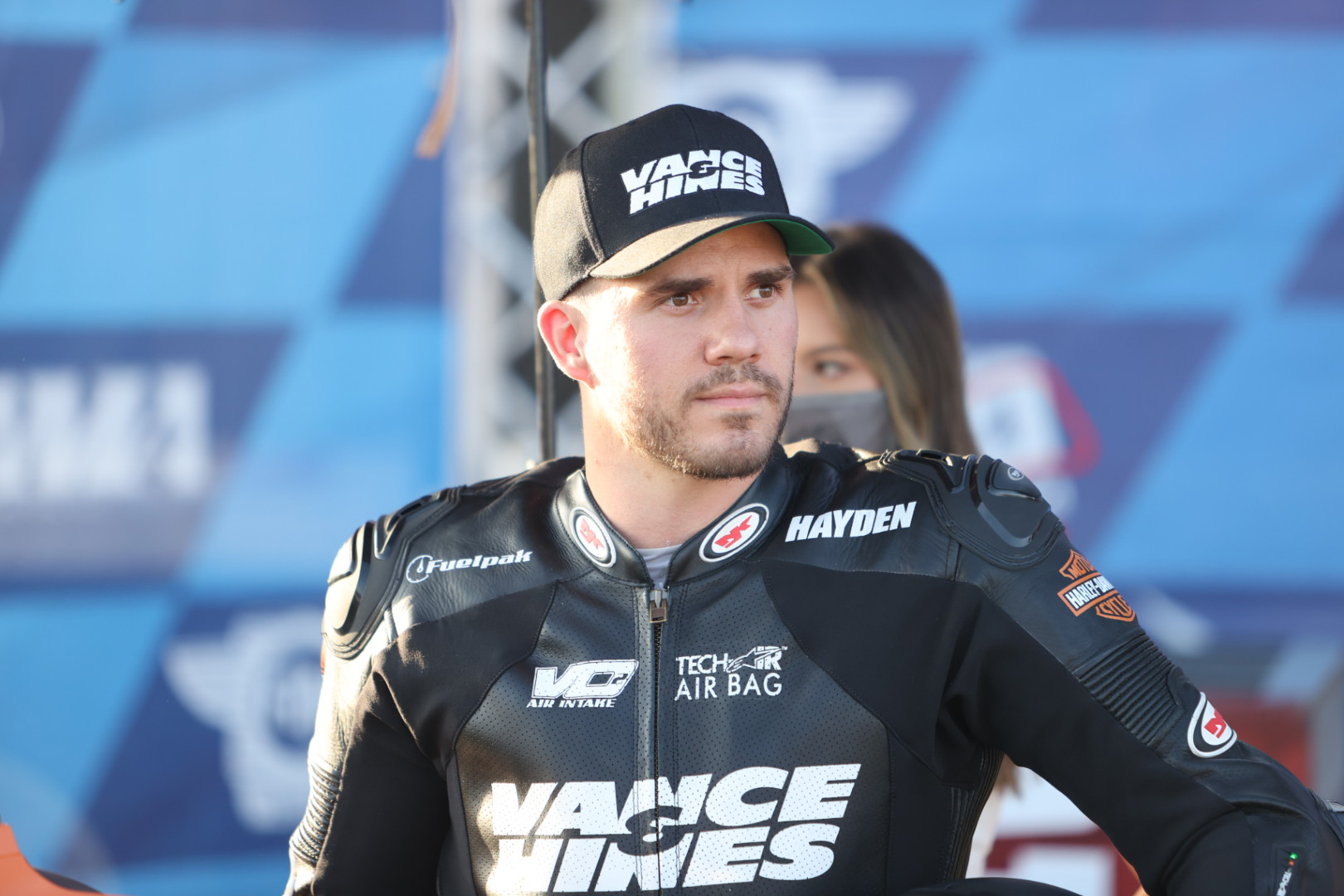 The MotoAmerica’s Mission Foods King of the Baggers kicks off with a weekend event at Road Atlanta, April 30 through May 2, followed by events at Road America in Wisconsin in June and Laguna Seca in California in July.

The Vance & Hines brand has always been about enhancing the exhilaration of the motorcycle ride. It started over 40 years ago, when Terry Vance and Byron Hines were two young enthusiasts in the fledgling Southern California motorcycle drag race scene. Terry always wanted to go faster and Byron knew how to make that happen. In short order, their on-track success and innovation drew the attention of other racers, riders and motorcycle manufacturers, which ultimately translated to commercial demand for their products and services. Today, the Company’s mission and activity is the same; make bikes go faster on the racetrack and take those learnings to make impactful products for riders around the world. Since the Company’s inception in 1979, it has run factory race programs in partnership with Suzuki, Yamaha, Ducati and Harley-Davidson in drag racing, road racing and flat track. Vance & Hines is based in Santa Fe Springs CA and has its Racing Development Center in Brownsburg IN. Learn more about the company’s history and products at www.vanceandhines.com.