It is time to draw up the balance sheet for Motor Bike Expo, which lived up to expectations on the eve of the event, with enthusiasm on the part of exhibitors and the public alike despite the considerable current difficulties. 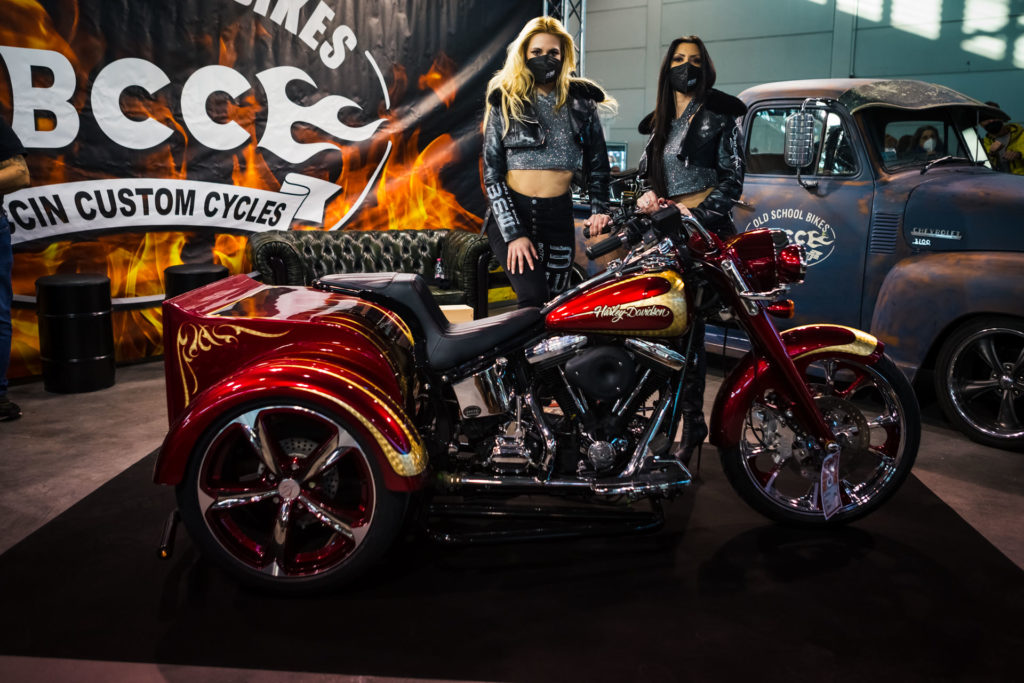 The 2022 edition of MBE at Veronafiere ends with a sign of strong vitality, with 94 events on the program over the four days of the event and swaths of unveilings. There were also competitions, schools for new riders, and shows – the most popular being those put on by Catalan Toni Bou: thirty-time trial world champion.

Visitors got to see and experience firsthand the newest offerings from the 600 exhibitors present at the fair. The event was held on 120,000 square meters and divided between the five outdoor areas and the eight indoor pavilions which define the different sectors that represent the world of two wheels. The pride of the 2022 edition in Hall 1 was the Custom District, a real “return to the origins of custom” which enticed the steady stream of custom enthusiasts. 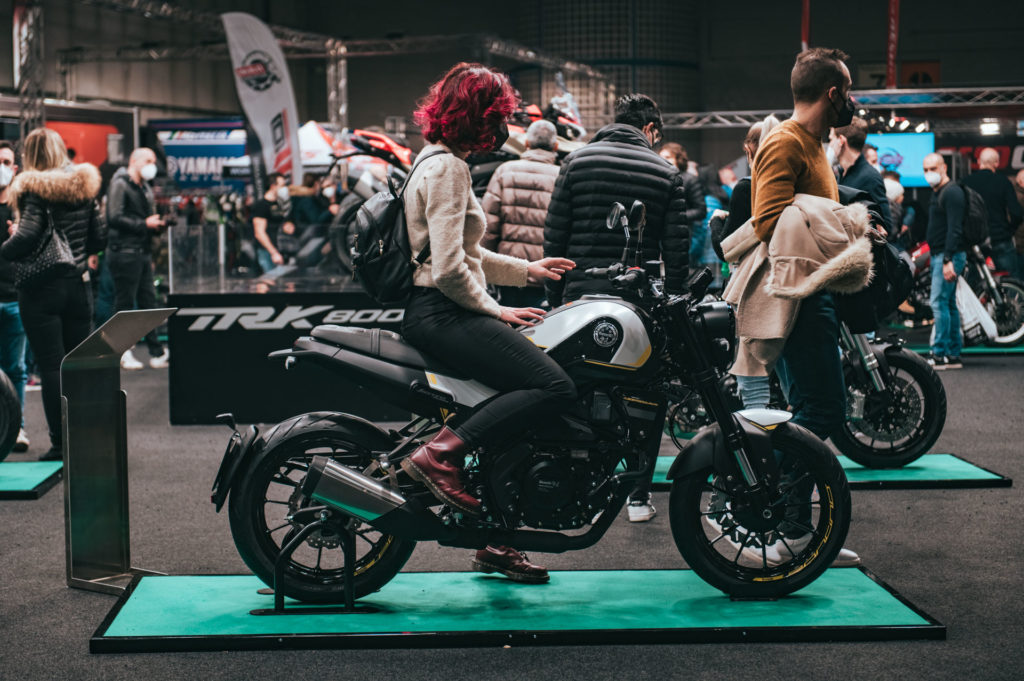 In Hall 4, motorcycles mingled with the world of lifestyle thanks to the impressive presence of three market-leading brands such as Ducati, BMW Motorrad and Royal Enfield, along with the entire two-wheel tourism sector.

Hall 5 was the home of off-road and the world of sustainable mobility, with the models, products and projects of companies involved in the production of electric-powered vehicles. 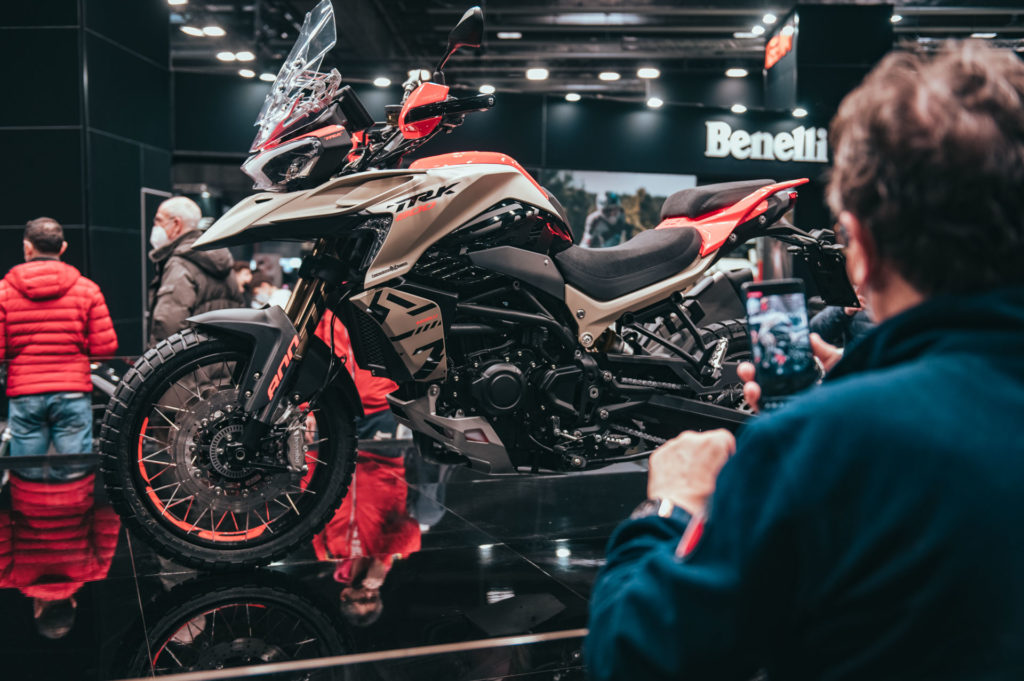 In Hall 6, enthusiasts met the stars of racing: teams, championships, circuits and manufacturers of technical apparel, spare parts and accessories for the track; Yamaha, Benelli and Ohvale were among the motorcycle manufacturers present.

Visitors headed to Hall 7 for bargains not to be missed with the second-hand area and a variety of offers for all motorcyclists; in addition to the presence of associations, motorcycle clubs and organizers promoting their tours, trips and initiatives. The indoor exhibition concludes in Hall 8, another exciting feature for 2022, with the track dedicated to E-bikes and a space for trial athletes. 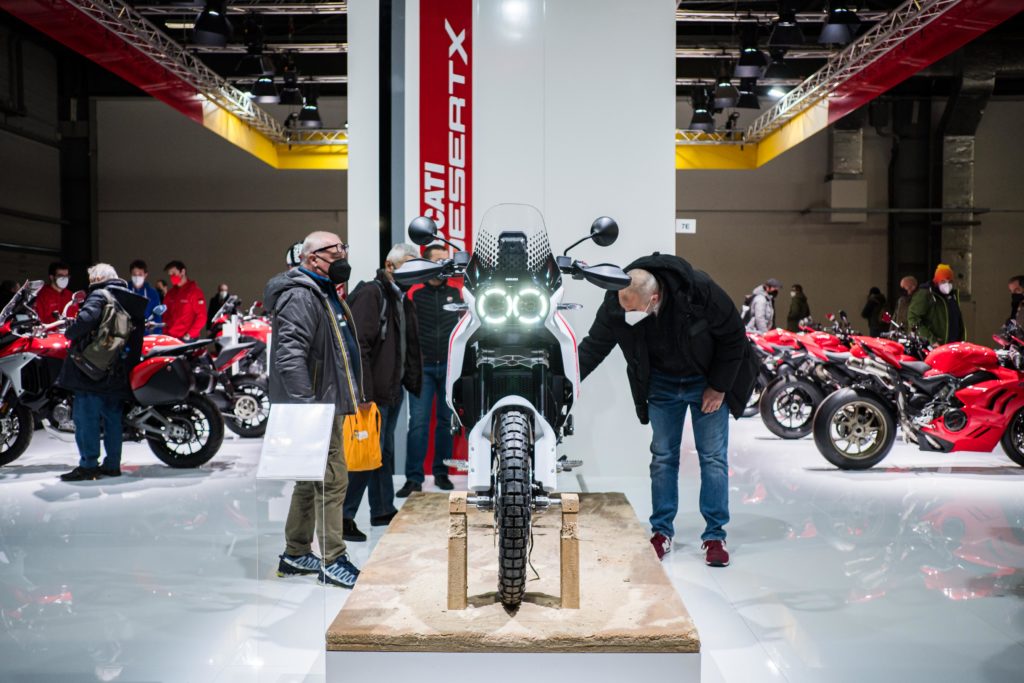 There was plenty of excitement in the outdoor areas with the Jeep Experience, where the iconic 4x4s were put to the test amidst obstacles and breathtaking climbs, as well as numerous test drives dedicated to visitors. Red Bull set up a real motorcyclist village with activities and live music; Federmoto hosted activities for children with the Federal School of minimoto and the Lucchinelli Experience, which focuses on training women riders.
Another initiative in collaboration with the FMI was the urban enduro track which hosted, amidst the enthusiasm of the public, “A day with your rider”, which gave fans the chance to ride alongside the legends of off-roading, available to share advice to improve the riding technique of the participants. 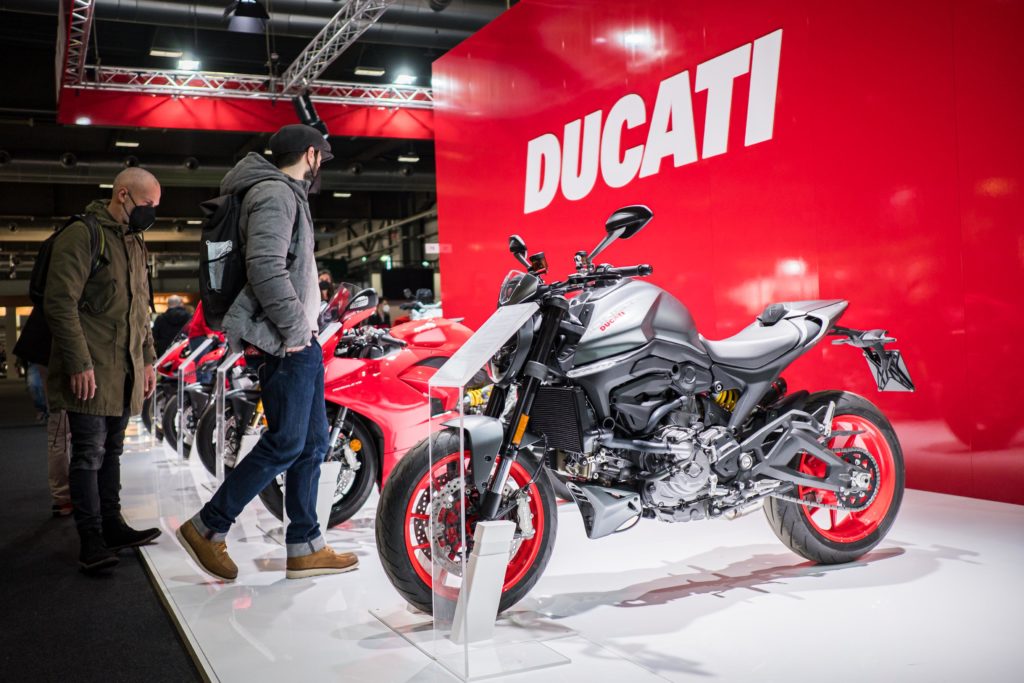 One of the noteworthy events was the arrival of the ACI raid ” Fuoco dell’amicizia”, which saw a parade of precious vintage cars at Veronafiere, as well as the many presentations on the MBE Africa Dakar stage dedicated to books, events and important dates in the 2022 season.  Numerous competitions also rewarded the best creations seen at the event; the best according to the international jury of the MBE Award is the SG5 ice racer by the Swiss builder T4 Motorcycles; the prize was repeated at the Lowride magazine bike show; new for 2022 is the contest dedicated to cafe racers and scramblers organized by Special Cafe magazine as well as the one for scooters and mopeds run by Special senza marce. The Magazine Award, open for the first time also to Italian publications, saw the awarding of numerous high quality custom builds, all of which will win a dedicated feature in the most important industry magazines in the world.

Among the names of the guests who attended the 2022 edition we find the President of the Veneto region Luca Zaia; the beautiful Sabrina Salerno, friend of MBE; the arrival of Franco Picco, directly from the Dakar 2022; the American artists Darren McKeag, Ray Drea and Michael Lichter; the WorldSBK rider Andrea Locatelli and the rally raid champion Alessandro Botturi. The long list of VIPs continues with Vittorio Brumotti, as well as presenter and comedian Omar Fantini and Virgin Radio creative director DJ Ringo. 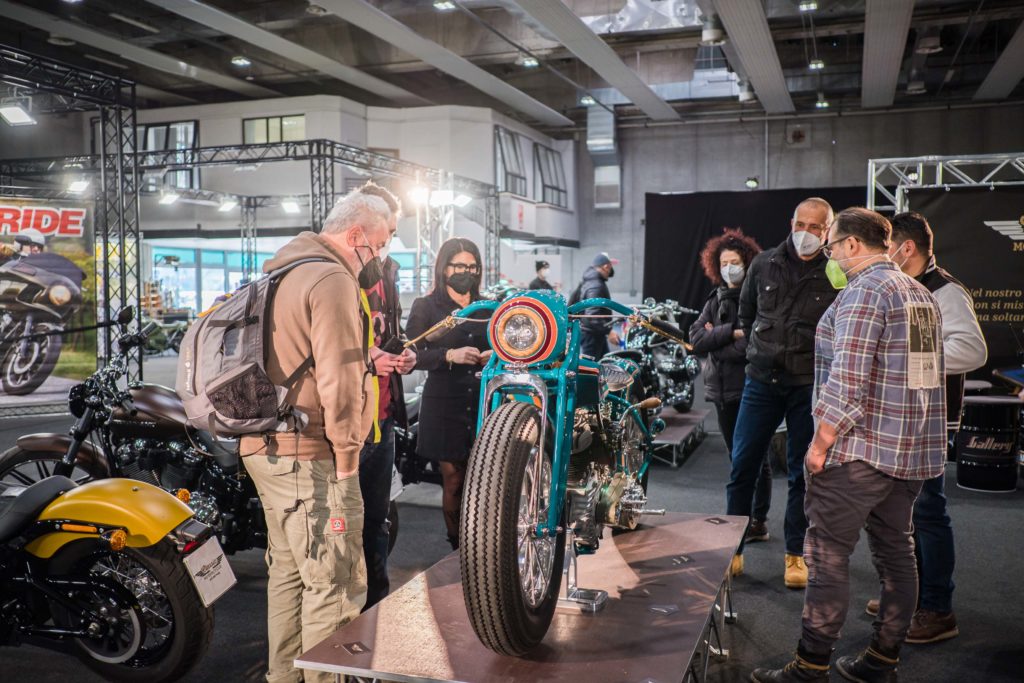 “My hope is that this edition of Motor Bike Expo will mark a restart point, in line with the lifestyle that characterizes motorcycle enthusiasts, made of courage, freedom and confidence in the future”.
Luca Zaia, President of the Veneto region

“The message that the motorcycle conveys to us is to return to riding, in freedom, with the grit and determination that is in every motorcyclist. This is another challenge won by the trade fair system, both from an organizational and a commercial point of view. Motor Bike Expo has once again confirmed that trade fairs can and must remain open thanks to the strictest prevention protocols which, on this occasion too, have demonstrated their effectiveness”.
Maurizio Danese, President of Veronafiere

“The expansive spaces of the fairgrounds proved to be a key resource: Veronafiere’s entry and security systems were a great ally in reducing disruption and achieving this important result”.
Francesco Agnoletto, CEO & co-founder of Motor Bike Expo 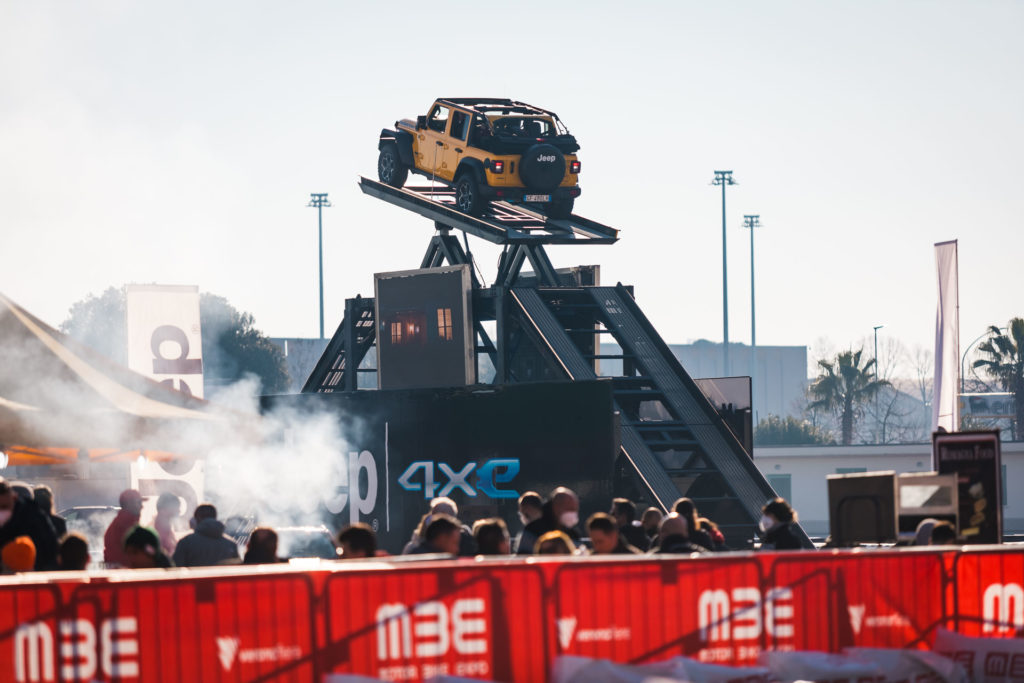 “For us, 2022 was a year of restarting. We believed in it, just as we believed in MBE and the meeting with fans. The public responded well to our news. Despite all the adversities, we were happy to be there and we hope it bodes well for the next edition”.
Giulia Dibartolo, Motul Marketing Director

“The experience was very positive. Our Wranglers, Renegades and Compacts fit in nicely with the atmosphere of MBE, with a great success regarding test drives. It’s a sign that we all share a passion for motors”.
Jessica Bosio, Jeep Event Manager 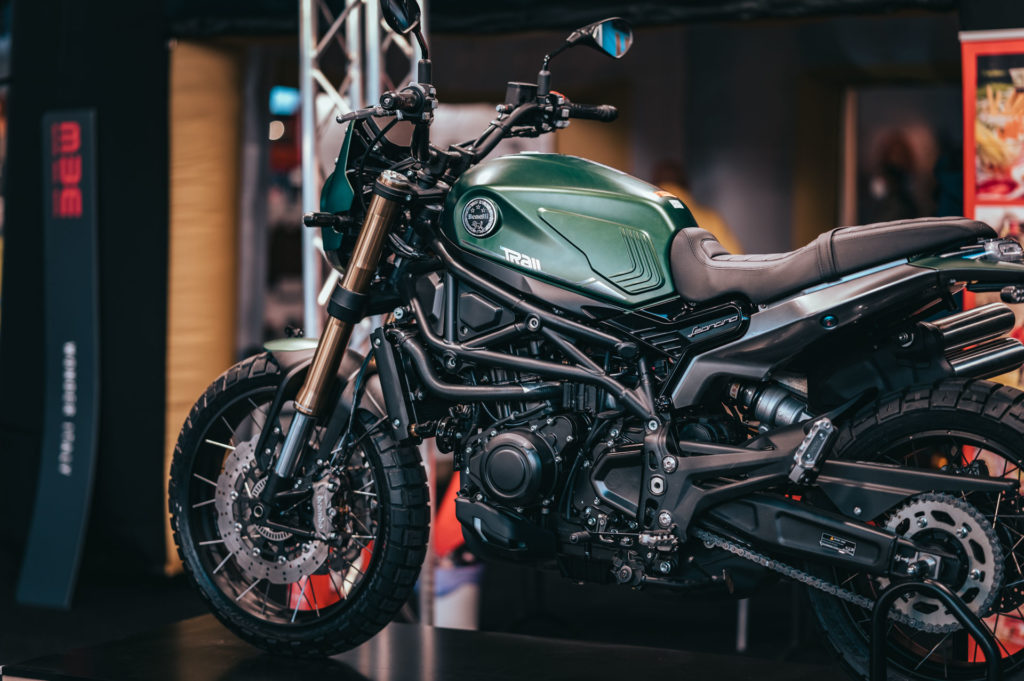 “It was the edition of courage and determination for the love of two wheels. At a time when it is very difficult to pull off any event, MBE has thrown its heart over the obstacle and has been rewarded. That’s the plain and simple truth”.
Giovanni Di Pillo, presenter and TV commentator 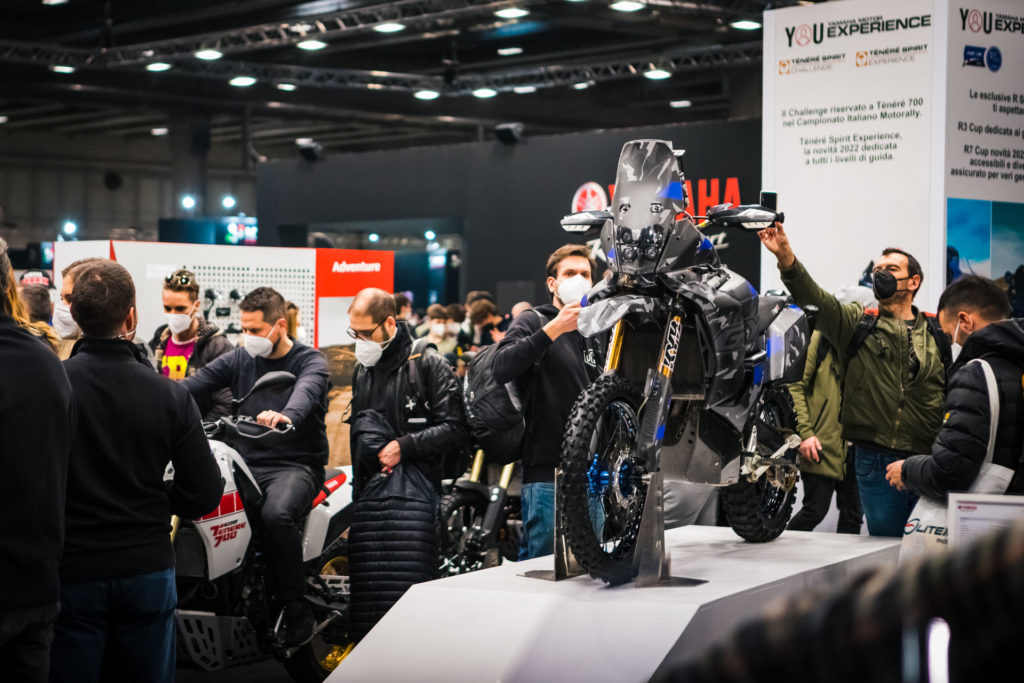 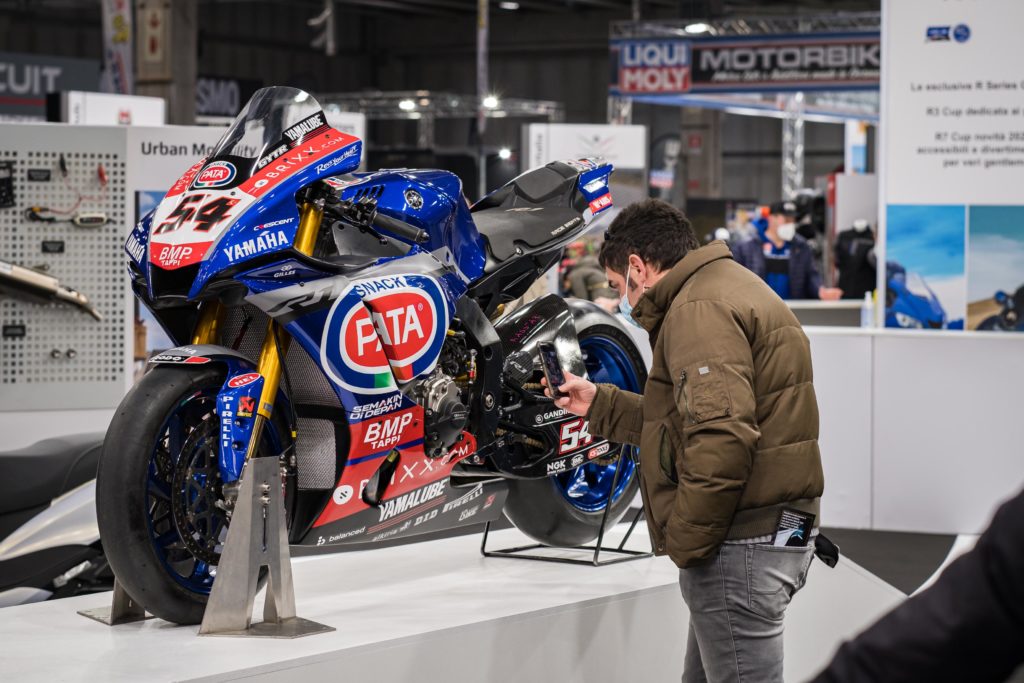 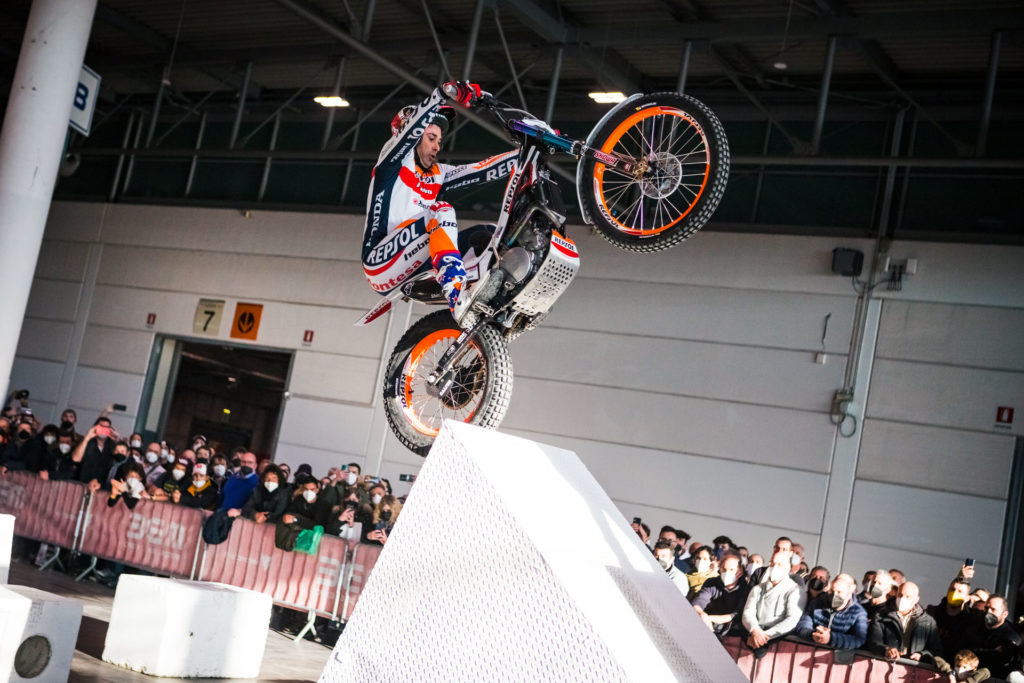