Is a trip to the Harley-Davidson Museum one of the items on your ‘bucket list’? Well, here’s a couple items to entice to go there for the upcoming Labor Day Weekend. First of all is the Custom Bike Show Weekend which runs Thursday, August 28 – Sunday, August 31, 2014. Don’t miss the best party of the summer featuring two Custom Bike Shows, 2015 Harley-Davidson motorcycle displays, custom culture artisans, The American Road special exhibit, and a H.O.G. Pin Stop. Plus live entertainment and lots of food and drink. It all happens Labor Day Weekend, only at the Museum.

While you’re there why not stop in and checkout “The American Road” exhibit. “Road Trip!” These words conjure all sorts of imagery, vivid memories, and nostalgia. The Harley-Davidson Museum’s special exhibition The American Road traces the rise of the road trip as an American ritual. The story unfolds in the 1930s, when leisure travel and the open road offered an escape for a small but growing number of affluent Americans. By the post-WWII years, taking to the road became the template for the average family vacation. “Westward ho!” was their cry, albeit in a station wagon rather than covered wagon, as celebrating the frontier and old west became central to defining uniquely American ideals of freedom and exploration. Though this Golden Age of the road trip ended with the gas crisis of the early ‘70s, the ritual remains a fundamental American experience, evidenced by its place in pop culture as well as the curiosity it sparks globally as motorists and motorcyclists retrace historic routes. But if you want to make a road trip to see “The American Road” you have to hurry as it ends on September 1, 2014 so why not catch both the exhibit and bike show at the same time. 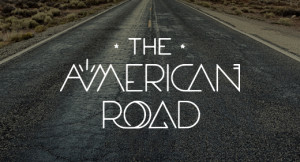