BONNEVILLE, UTAH  (August 16, 2017) – This past weekend, Indian Motorcycle kicked off the 69th annual Bonneville Speed Week by paying tribute to its iconic heritage and the 50th anniversary of Burt Munro’s historic land speed record in grand fashion. The tribute was highlighted by commemorative land speed runs by Munro’s great nephew Lee Munro on a modified 2017 Indian Scout appropriately named “Spirit of Munro.” America’s first motorcycle company capped off the weekend with something that had never been done before – a moonlit screening of “The World’s Fastest Indian” under the desert sky for Speed Week campers.

“The World’s Fastest Indian,” staring Sir Anthony Hopkins, immortalized Burt Munro and the historic under-1000 cc world record run of his 1920 Scout Streamliner in August of 1967. Prior to its special commemorative screening on the Bonneville campground, the film’s director Roger Donaldson and Burt’s son and grand nephew,

John and Lee Munro, shared anecdotes about the making of the film, Burt Munro and the impact his achievements have had on Indian Motorcycle and motorcycling in general. The talks and screening drew throngs of Speed Week attendees who were captivated by the feature film, cheering and clapping throughout as they watched under an immaculate starry night sky. 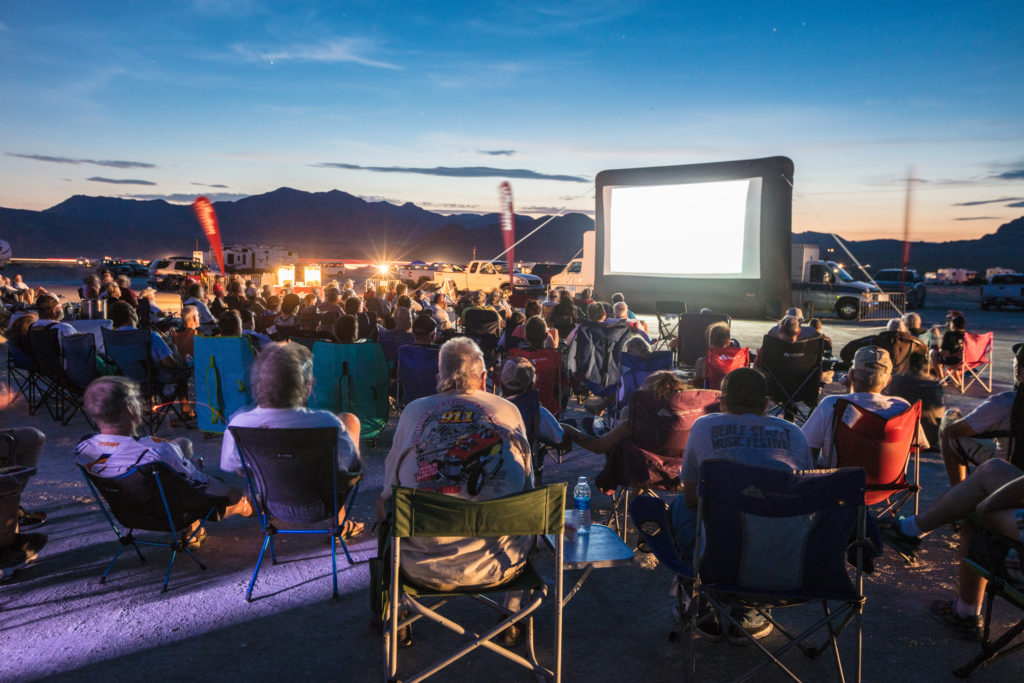 “I’ve seen the movie countless times. But to watch it with Speed Week attendees, the Munro family and the film’s director on the very Bonneville grounds that the film was based upon, was a surreal experience,” said Reid Wilson, Indian Motorcycle Marketing Director. “It was a special way to honor Burt and the perfect way to compliment the efforts of Lee Munro and our Spirit of Munro racing team on the Salt Flats that weekend.”

Indian Motorcycle teamed up with Kiwi road racer Lee Munro, Burt Munro’s great nephew, to celebrate the 50th anniversary and recreate the historic run during the 69th annual Speed Week. A team of engineers worked nights and weekends to create and refine Lee’s “Spirit of Munro” Motorcycle, a modified and partially streamlined 2017 Scout. The team’s goal was to match Burt’s land speed record of 184 MPH to fully pay tribute to his run. To qualify for Bonneville, Lee achieved his speed licenses through runs at El Mirage Dry Lakebed in California, while even securing a land speed record of 186.681 MPH in the MPS-G (Modified Partial Streamliner) 1350cc class during his rookie run and surpassing the team’s original goal. 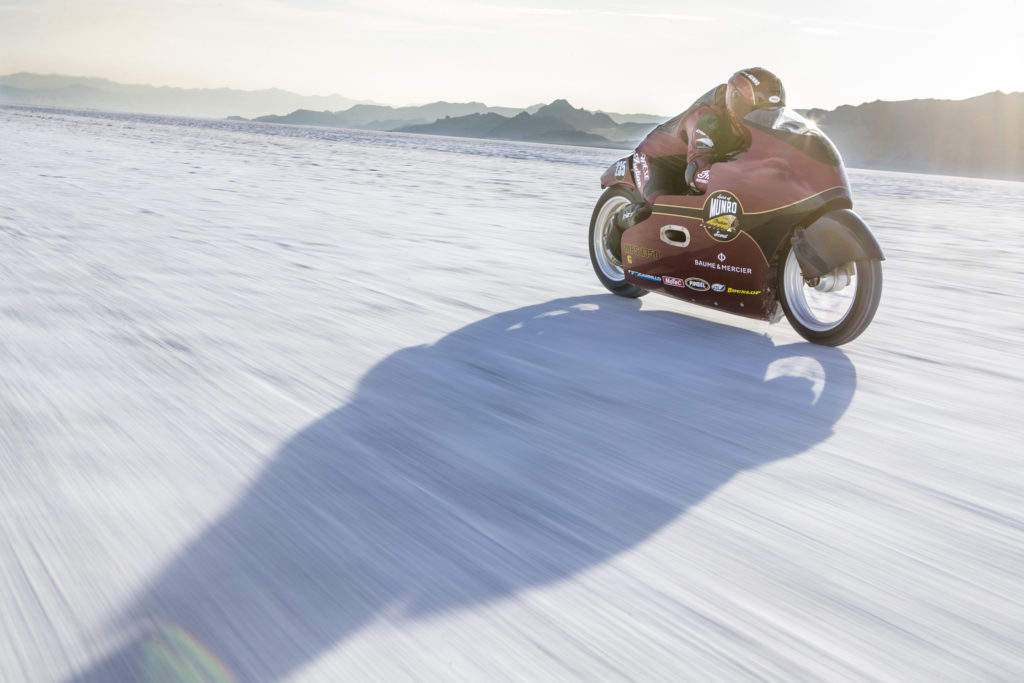 Entering Bonneville, the team’s new goal was to eclipse the 200 MPH mark. However, Lee’s runs proved to be a battle against the elements. Lee attempted his first two runs on the five-mile short course, resulting in his top performance of the weekend at 191.28 MPH and an unofficial run due to timer technical error. The following day, Lee and team made gearing changes and took the modified 2017 Indian Scout out on Bonneville’s nine-mile long course. Unfortunately, high winds and rough overall conditions hindered the motorcycle, resulting in 186.415 MPH in his lone run of the day. On Monday, the team took another attempt on a newly routed long course, yet rough surface conditions forced Munro to exit his run before completing the timed section. 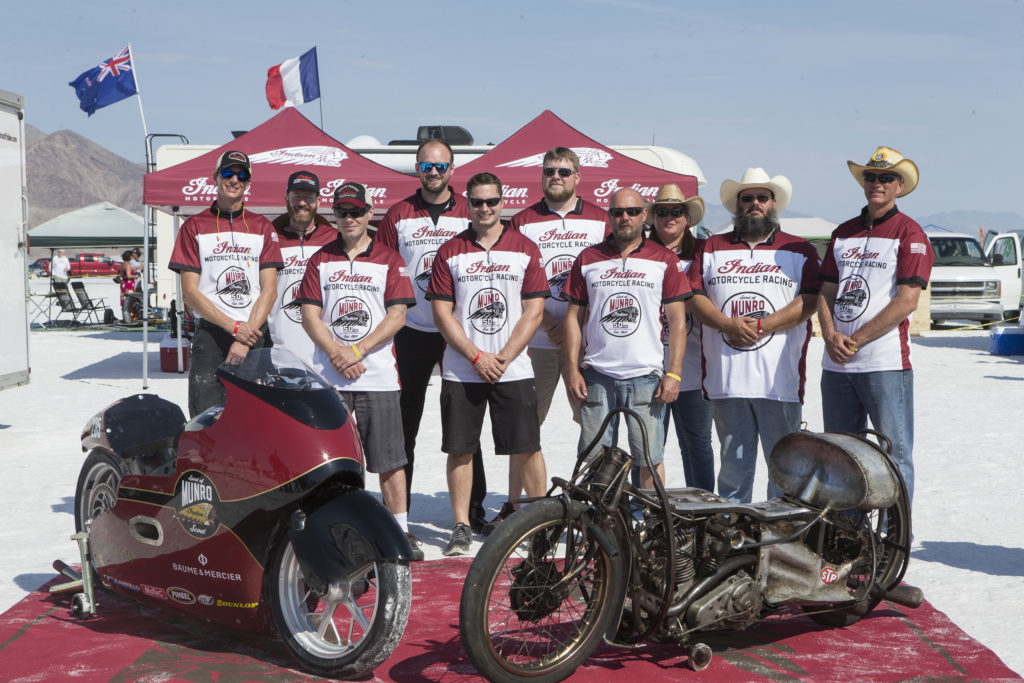 “It was my greatest honor to represent Indian Motorcycle in such an incredible tribute to my great uncle on this historic 50th Anniversary,” said Lee Munro. “We may not have had the results we were after, but piloting a modified Indian Scout on the same salt as my great Uncle Burt will forever be one of my most-cherished experiences. I’m looking forward to future runs and more success with my teammates and friends at Indian Motorcycle.” 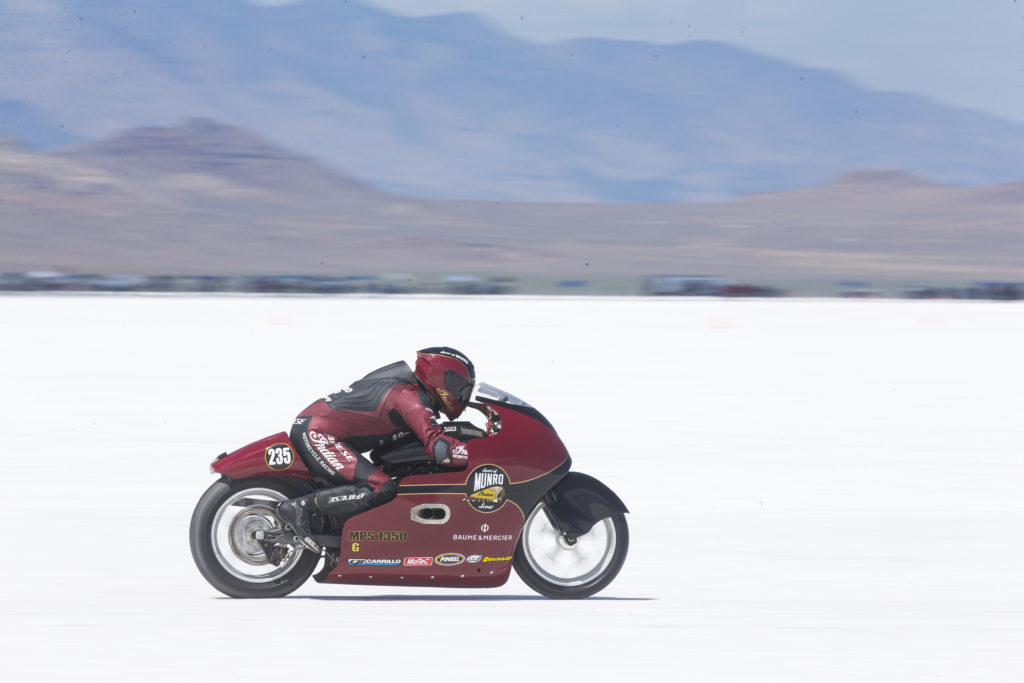 Indian Motorcycle is America’s first motorcycle company. Founded in 1901, Indian Motorcycle has won the hearts of motorcyclists around the world and earned distinction as one of America’s most legendary and iconic brands through unrivaled racing dominance, engineering prowess and countless innovations and industry firsts. Today that heritage and passion is reignited under new brand stewardship. To learn more, please visit www.indianmotorcycle.com.