Rome, GA (March 10, 2014) –METZELER, the first name in quality motorcycle tires since 1892, is kicking off the 2014 riding season in partnership with legendary custom bike shop Indian Larry Motorcycles. The two iconic brands have come together to build a priceless custom motorcycle, uniquely built with input from motorcycle fans via the METZELER USA Facebook® page.  The entire event will be documented on Facebook in a web series starting March 17th and ending with a lucky fan taking off on a “Follow Your Dream” ride vacation on the custom bike. Fans get the chance to win by sharing why they deserve the “Dream Ride” at facebook.com/metzelerUSA from March 10 through June 6, 2014.

“We’ve brought together two brands whose missions have always been about performance and quality – METZELER and Indian Larry Motorcycles. Now a lucky fan will get to experience those qualities at their best on one of America’s top riding routes,” says Chet Plewacki, Marketing Director at METZELER USA.  “To watch it all evolve in a web series, with the fans engaging on the customizations, makes this entire program a true dream experience from start to finish.”

The Grand Prize winner will receive a 4-day/5-night trip from which they can select a top course in the U.S. for the Follow Your Dream ride such as the Blue Ridge Parkway or Dragon’s Tail.  They will also receive a custom motorcycle helmet and leather jacket, a Sony® Action Head Cam and 10 sets of METZELER ME 888 MARATHON™ Ultra tires. The winner will also join the METZELER team at Indian Larry for the bike unveiling. Fans who 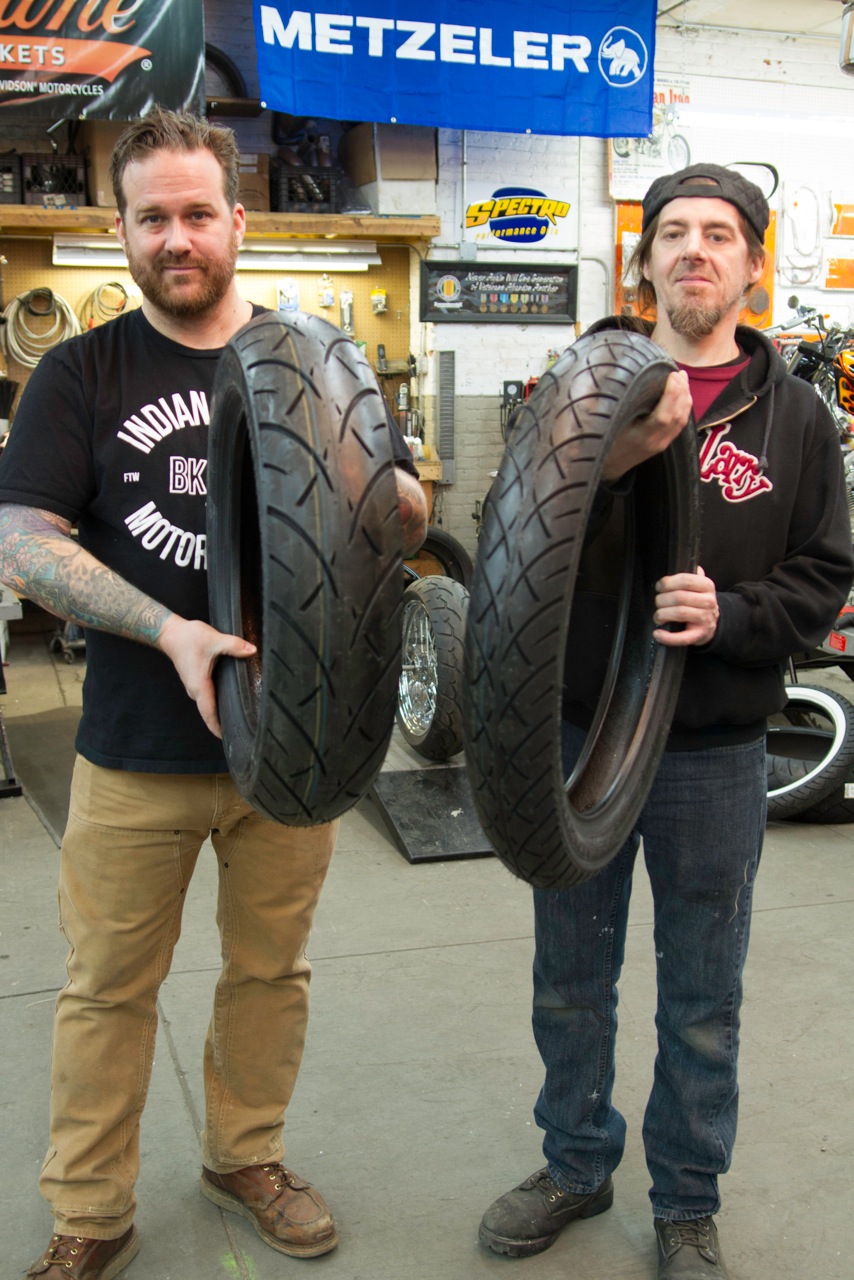 enter the Follow Your Dream contest will automatically be included in a sweepstakes with over 30 chances to win great prizes like METZELER T-shirts and a set of METZELER ME 888 MARATHON™ Ultra tires.  The announcement of the three Follow Your Dream finalists will be held on June 16, with the Grand Prize winner being introduced at the bike unveiling.

“One of the beautiful things about building a custom bike are the surprising turns and improvisation that comes along the way,” says Bobby Seeger, Jr. of Indian Larry Motorcycles.  “Every bike takes a life of its own and we’re going to share that creative process with fans as together we build a masterpiece right down to what METZELER’S he sits on.”

After the “Dream Ride,” the bike will tour the country with appearances at METZELER dealers and major motorcycle events so that fans can experience firsthand the combined vision of the METZELER bike community and Indian Larry Motorcycles.

Watch the teaser video and enter to win now at facebook.com/METZELERUSA. Just click the “Follow Your Dream” tab to learn more. The sweepstakes is open to motorcycle license holders aged 21 and older in the U.S. and Canada.

Fans can enter the Follow Your Dream contest here:

On the road since 1892, METZELER has more than 100 years of experience meeting motorcyclists’ toughest tire demands with unflagging innovation. Whether one is drawn to the longevity of its classic design or uncompromising performances, METZELER is an iconic brand to motorcycling worldwide. Established in Munich, METZELER offices are spread globally with production in Germany and South America. METZELER is the “Two Wheels Specialist,” appreciated by motorcyclists for its quality and technology.

For more information on METZELER and its line of motorcycle tires, please visit: www.metzelermoto.com.