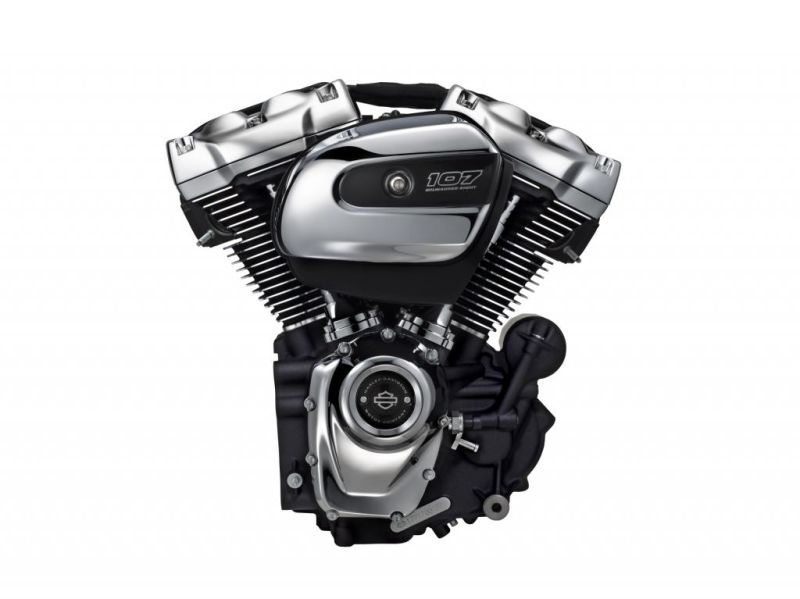 “These are the most powerful, most responsive and most comfortable Touring motorcycles ever offered by Harley-Davidson,” said Scott Miller, Vice-President of Styling and Product Development Strategy. “The unmistakable look, sound and feel of Harley-Davidson Touring motorcycles rise to even greater heights with the improvements we’ve made this year. You truly have to ride it to feel it – so we’re inviting all riders to go to their local dealer and take a test ride.”

The new Milwaukee-Eight engine, the ninth Big Twin design in the company’s storied lineage, is a clean-sheet design that combines the classic look, sound and feel of Harley-Davidson Big Twin engines with improvements in every aspect of engine performance.

“The Milwaukee-Eight engine carries the legacy of Harley-Davidson Big Twins into the future,” said Chief Powertrain Engineer Alex Bozmoski. “While respecting the essential Big Twin character, we’ve created an all-new motor. Every aspect of performance, durability and styling has been improved as a direct response to the voice of Harley-Davidson customers around the world.”

“Pre-load can now be adjusted to match the load of rider, passenger and gear without tools or an air pump,” said Paul James, Harley-Davidson Director of Motorcycle Product Planning. “Once set, the pre-load will not leak down or require further adjustment.”

With the High Output Twin Cam 103TM standard for all 2017 Softail® models and Dyna® models except the Street Bob® model and the S Series cruisers with the Screamin’ Eagle® Twin Cam 110TM engine, Harley-Davidson continues to offer its most powerful cruisers ever.

To experience the transformation of the 2017 Harley-Davidson models for yourself, visit h- d.com/demos to schedule a test ride.

MILWAUKEE (August 23, 2016) – The all-new Harley-Davidson® Milwaukee-EightTM engine, ninth in the lineage of the company’s iconic Big Twin engines, delivers more power and an improved motorcycling experience for riders and passengers while retaining the iconic look, sound and feel of its predecessors. An all-new design, the Milwaukee-Eight engine offers quicker throttle response, more passing power, purer sound, a smoother ride and more of the feeling riders want from a Harley-Davidson Touring motorcycle engine.

“The guiding principle behind the Milwaukee-Eight engine was our voice of customer research from every region of the world,” said Scott Miller, Harley-Davidson Vice-President of Styling and Product Development Strategy. “Riders asked us to create a new engine designed to enhance their motorcycle touring experience in every way. Those same voices also demanded that we stay true to our legacy and respect the defining elements of a Harley-Davidson V-Twin. It was a big challenge, but one we’ve met. With the Milwaukee-Eight, a new era of Harley-Davidson power, performance and innovation has been forged.”

Each Milwaukee-Eight engine produces 10 percent more torque than the engine it replaces in Touring models. In addition to increased displacement, the Milwaukee-Eight engine features a higher compression ratio and four-valve cylinder heads with 50 percent more intake and exhaust flow capacity. The valve train requires no adjustment as the design of the rocker arms enables valve lash to be set at the factory for life. Dual spark plugs for each cylinder contribute to more- efficient combustion. A single chain-driven camshaft is lighter, mechanically less complex and creates less friction and noise.

The Milwaukee-Eight engine weighs the same as the engines it replaces, so all of its extra power contributes directly to improved acceleration performance.

cancels 75 percent of primary vibration at idle for a more-refined feel and more-comfortable experience for rider and passengers while retaining the classic character of Harley® V-Twin engines.

The Milwaukee-Eight engine charging system delivers 50 percent more output to the battery at idle to better support the power demands of Touring riders, including accessory lighting, performance audio, and heated gear and other accessories.

“The Milwaukee-Eight engine is styled to project power,” said Brad Richards, Harley-Davidson Director of Styling. “I compare it to the back of a swimmer, lean in the waist but broad and muscular in the shoulders.”

“The rocker covers look like skin stretched taut over muscle, like the rocker arms are about to burst out of the engine,” said Richards. “For the first time since the Knucklehead, the rocker covers reflect the action going on below. And they are massive. When you sit on the bike you can look down and see more of this engine.”

To experience the transformation of the 2017 Harley-Davidson® Touring models for yourself, visit h-d.com/demos to schedule a test ride.