The Harley-Davidson Museum is excited to announce its special summer exhibit for 2015, which will honor motorcycling’s legend behind the legends – Willie G. Davidson. The exhibit, titled Willie G. Davidson: Artist, Designer, Leader, Legend opens June 13 and runs through Sept. 7, 2015.

Housed in the Garage special event space, visitors will experience a celebration of the artistry, influence and impact of a man whose designs have defined American motorcycles for generations. Key elements include previously unseen historical artifacts and items from Willie’s personal collection that provide insight into his unique perspective, personal style, creative process, inspiration and influences. In addition, one-of-a-kind vehicles, original designs, art, rare artifacts and media paint an engaging portrait of this iconic figure, his influential career, legacy, and current work. Additional details about the Willie G. Davidson: Artist, Designer, Leader, Legend exhibit will be released next spring.

Willie G. Davidson serves as Chief Styling Officer Emeritus and Brand Ambassador at Harley-Davidson, Inc. He is affectionately known by millions of motorcycle enthusiasts as “Willie G.,” and he is the grandson of one of the original founders, William A. Davidson. For 49 years, Davidson helped shape the look, sound and feel that define Harley-Davidson motorcycles. In 1981, he was one of 13 executives who raised more than $75 million to purchase Harley-Davidson from AMF Incorporated.

The Harley-Davidson Museum is located at 400 West Canal Street in Milwaukee and provides a glimpse of American history and culture like you’ve never seen it before – through the lens of
Harley-Davidson Motor Company. The Museum, a top destination in Milwaukee and the state of Wisconsin, is open year-round and attracts hundreds of thousands of visitors to the area each year. The 20-acre campus offers abundant and free parking, and includes MOTOR® Bar & Restaurant and The Shop. For more information on the Museum’s galleries, exhibits, special events, tickets and more, visit h-dmuseum.com. 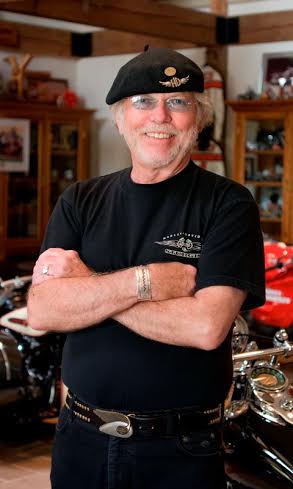