Xavier is best known for being a musician – but as of late, he has come into his own in the motorcycle industry at his Texas-based Providence Cycle Worx.

He’s built a few notable bikes, among them a Pan/Shovel called “Grace” that was recognized as the 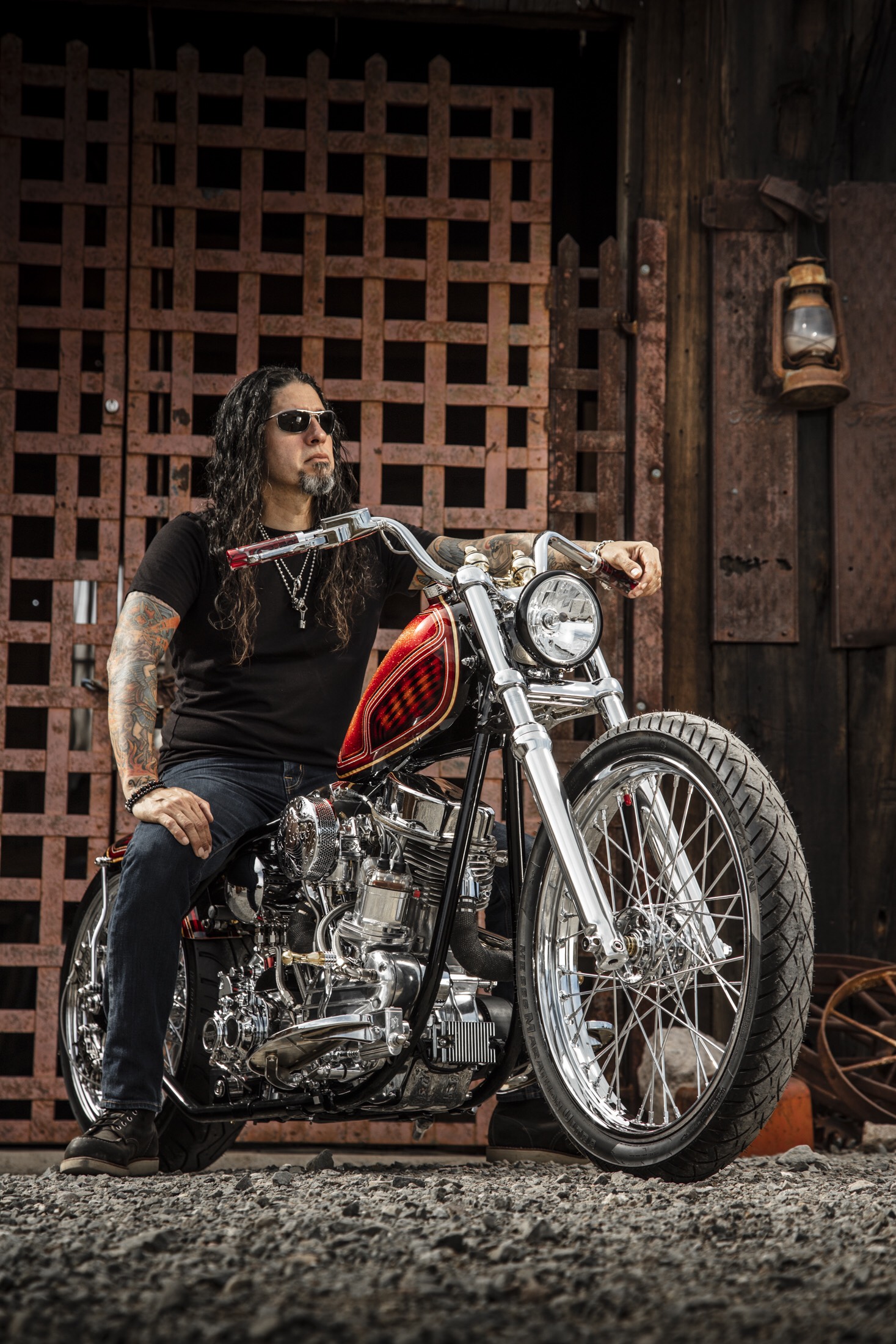 Easyriders 2109 Bike of the Year, and he has twice been invited to the prestigious Sturgis Buffalo Chip’s Motorcycles As Art Exhibition curated by Michael Lichter. Xavier, also known as “X”, was honored to be asked to build a tiny Strider Custom, especially
given the roster of builders he would be included with .*
X noted that he wanted to build his Strider Custom bike for a little girl. He’s a strong proponent of women in motorcycling, and he’s also a believer in getting kids started young on two wheels. 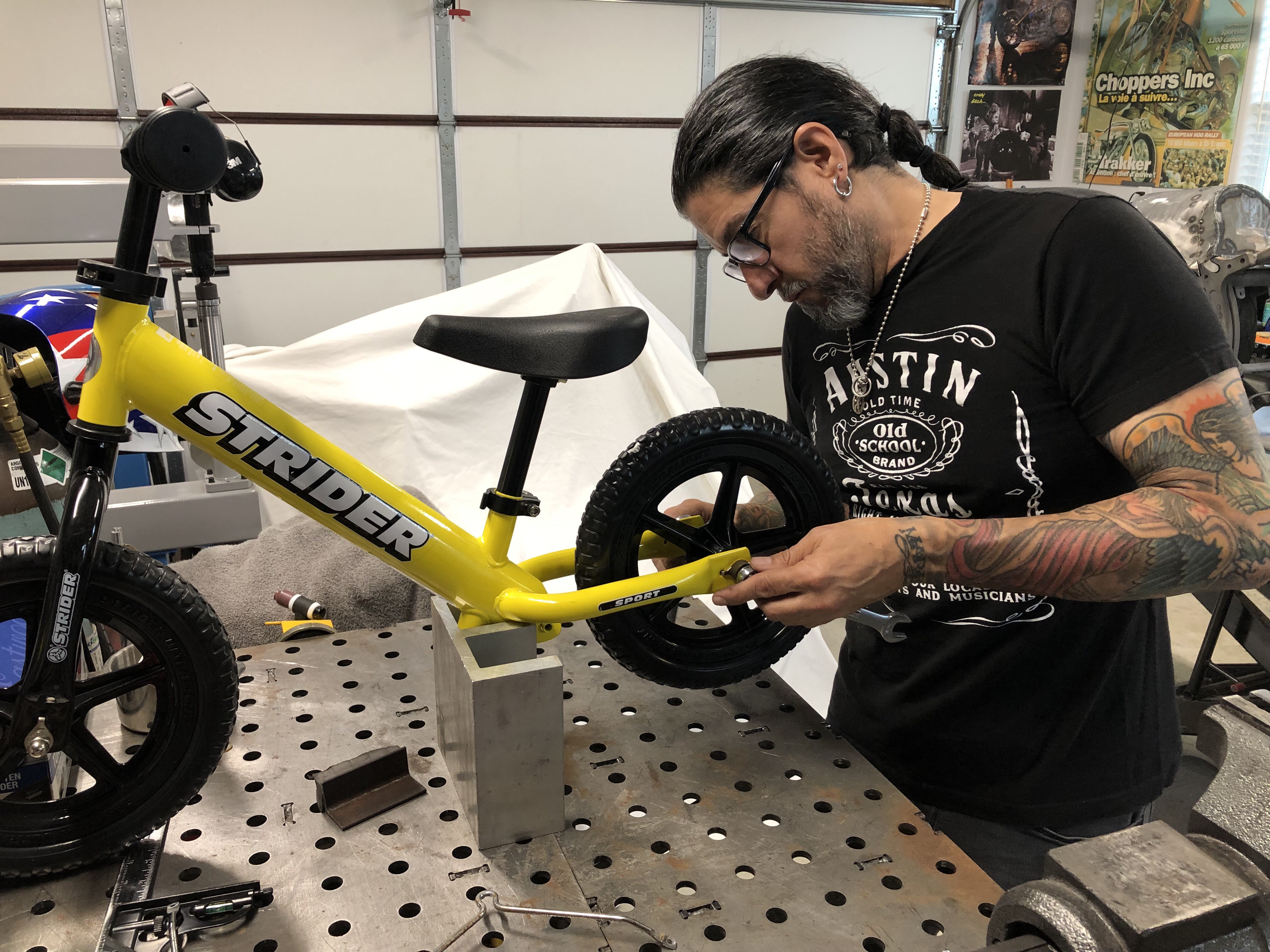 As far as the custom build, Xavier left the frame of the 12” balance bike stock, painting it hot pink while making a custom tank and fenders to match the profile of the Strider. The “tins” on the bike are also pink, with pink lace panels, pinstriping and tiny detailed fuel
lines. He made custom mini apes to give it a chopper feel and to allow the rider to grow into the bike. The low-profile fender has ribbed fender struts to match. He also used the same style tank mount as he did on an S&amp;S shovelhead-style build he did last year. 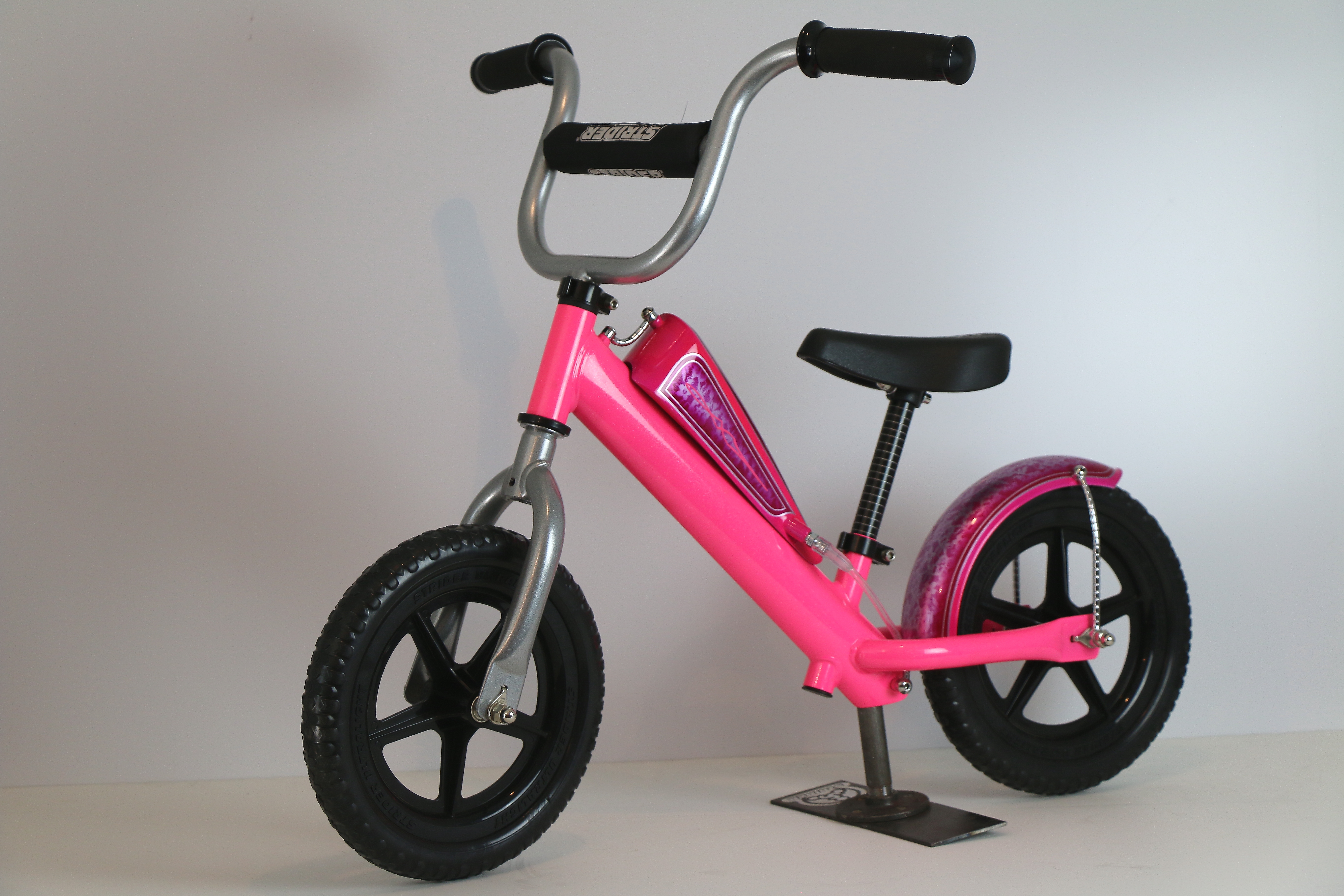 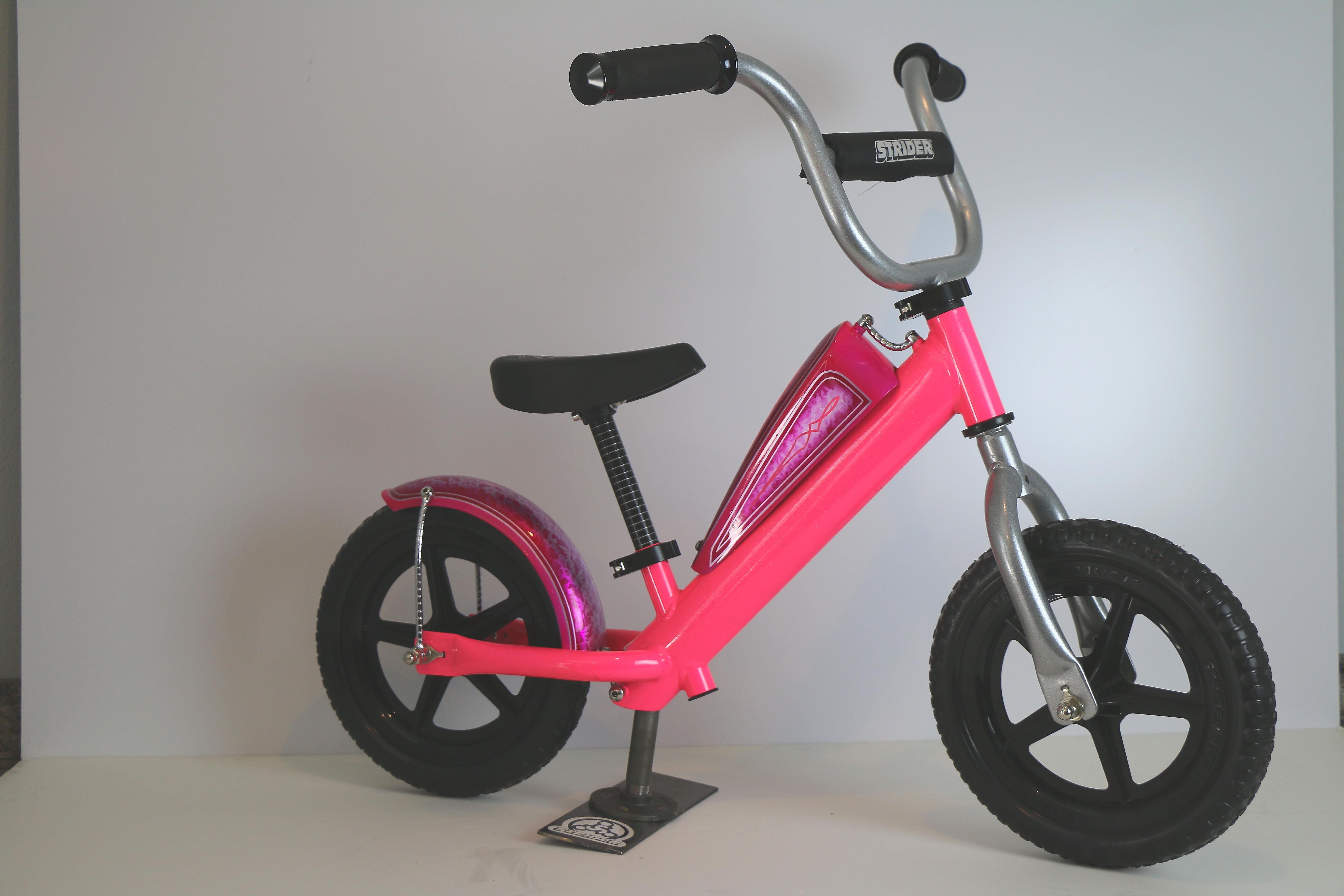 The little gem of a bike is clean and sparkling, just perfect for a first experience on two wheels and a striking example of pure eye candy – just the thing to attract new riders! The Flying Piston was delighted to have X join the 2019 Custom Strider Program. 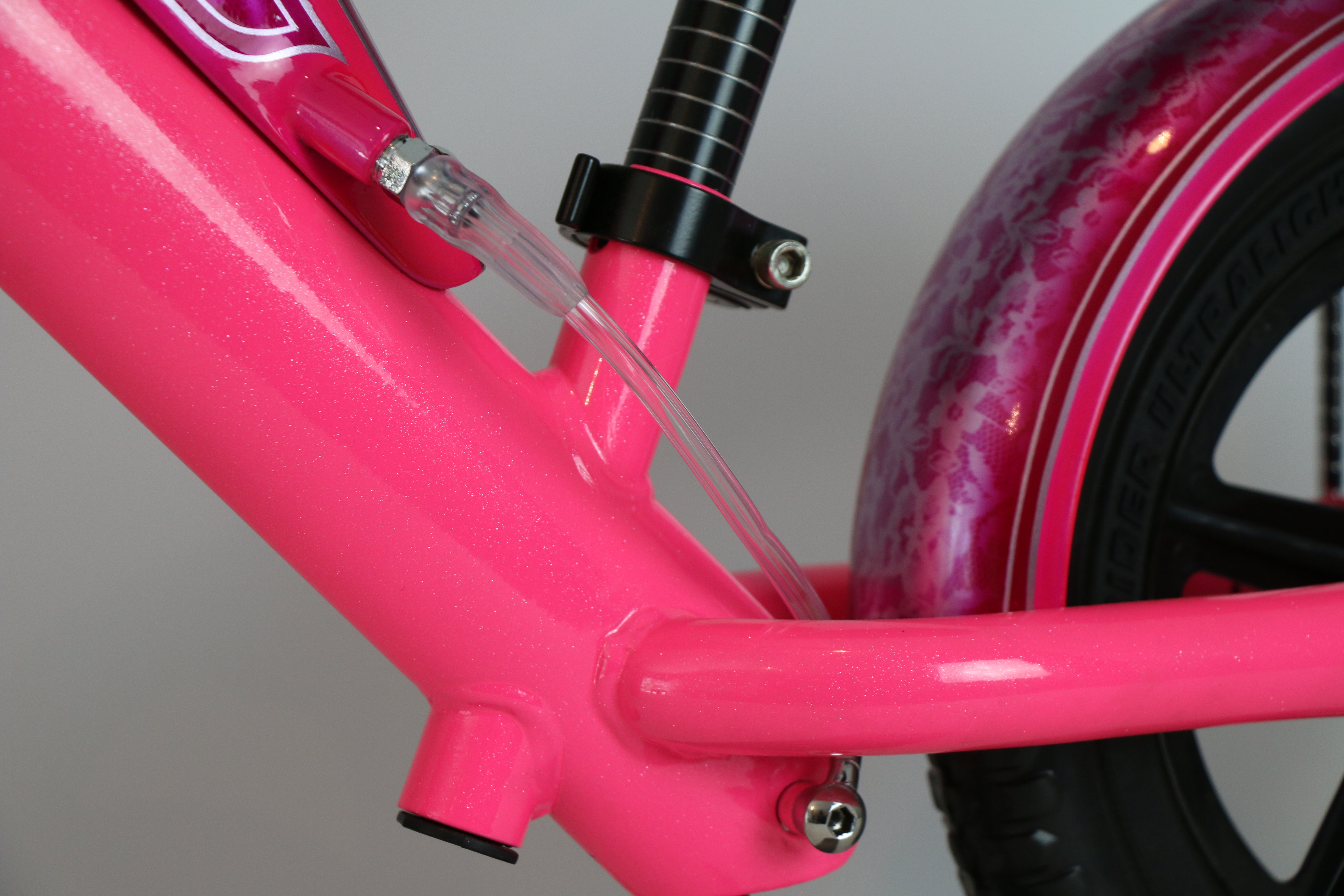 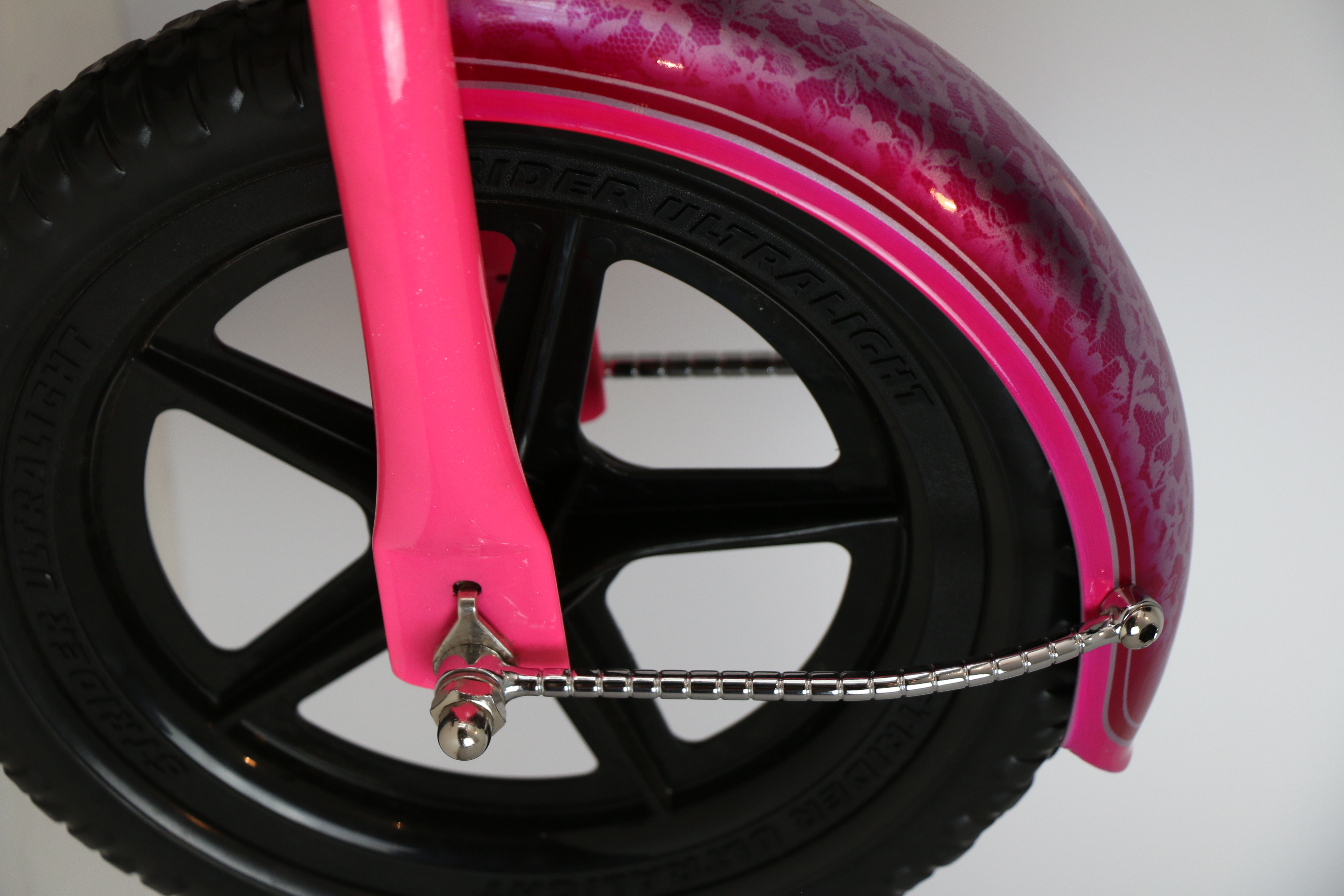 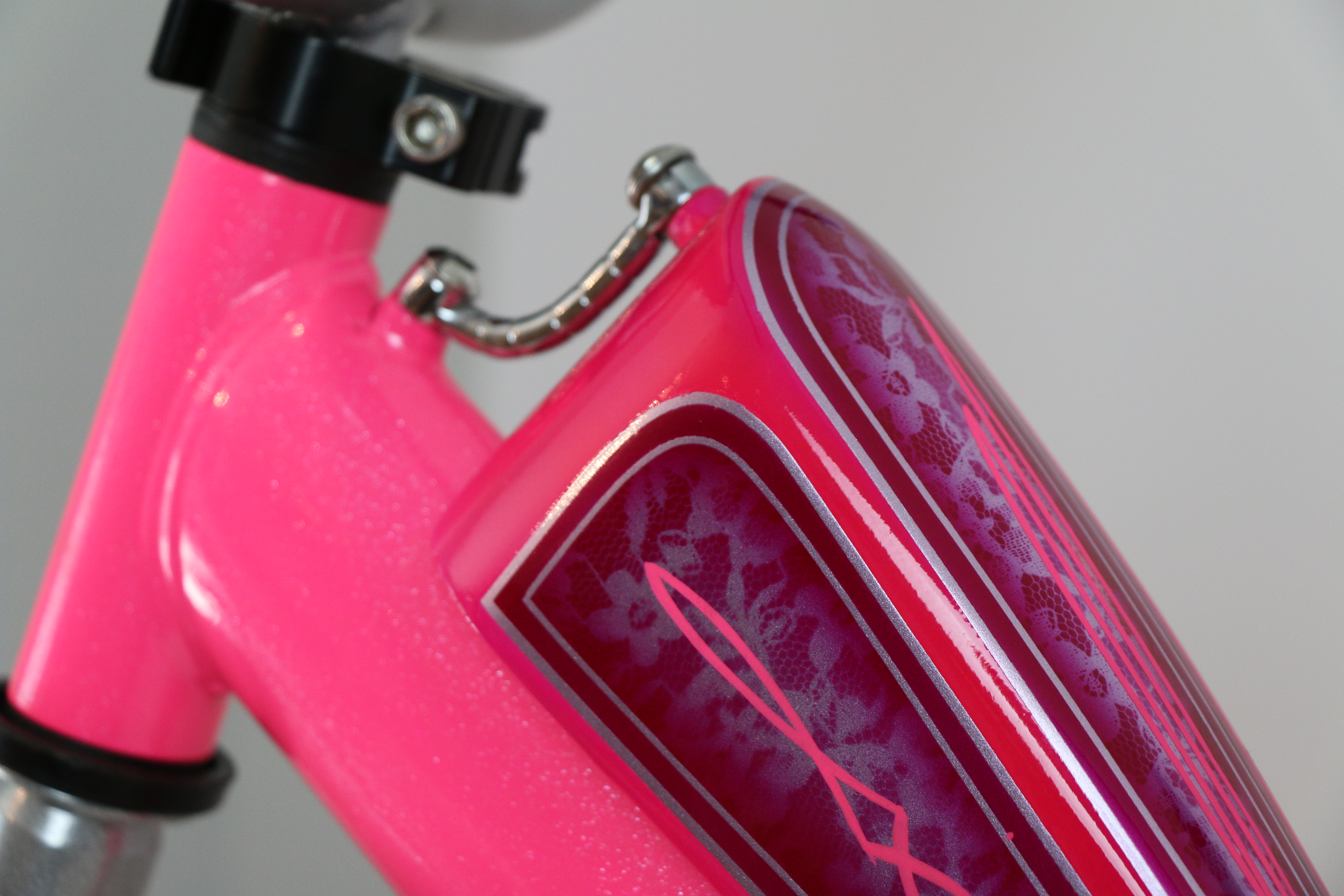 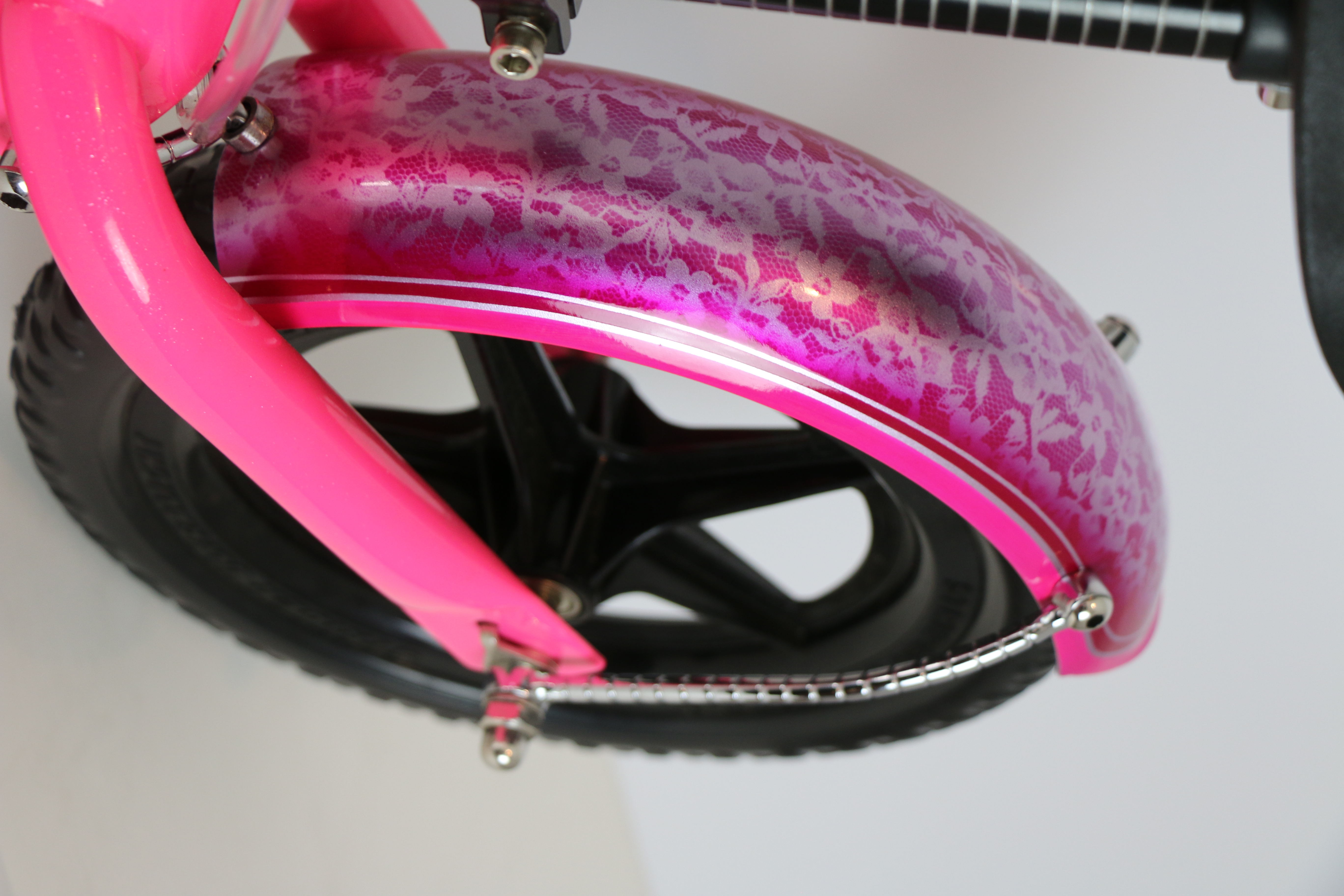 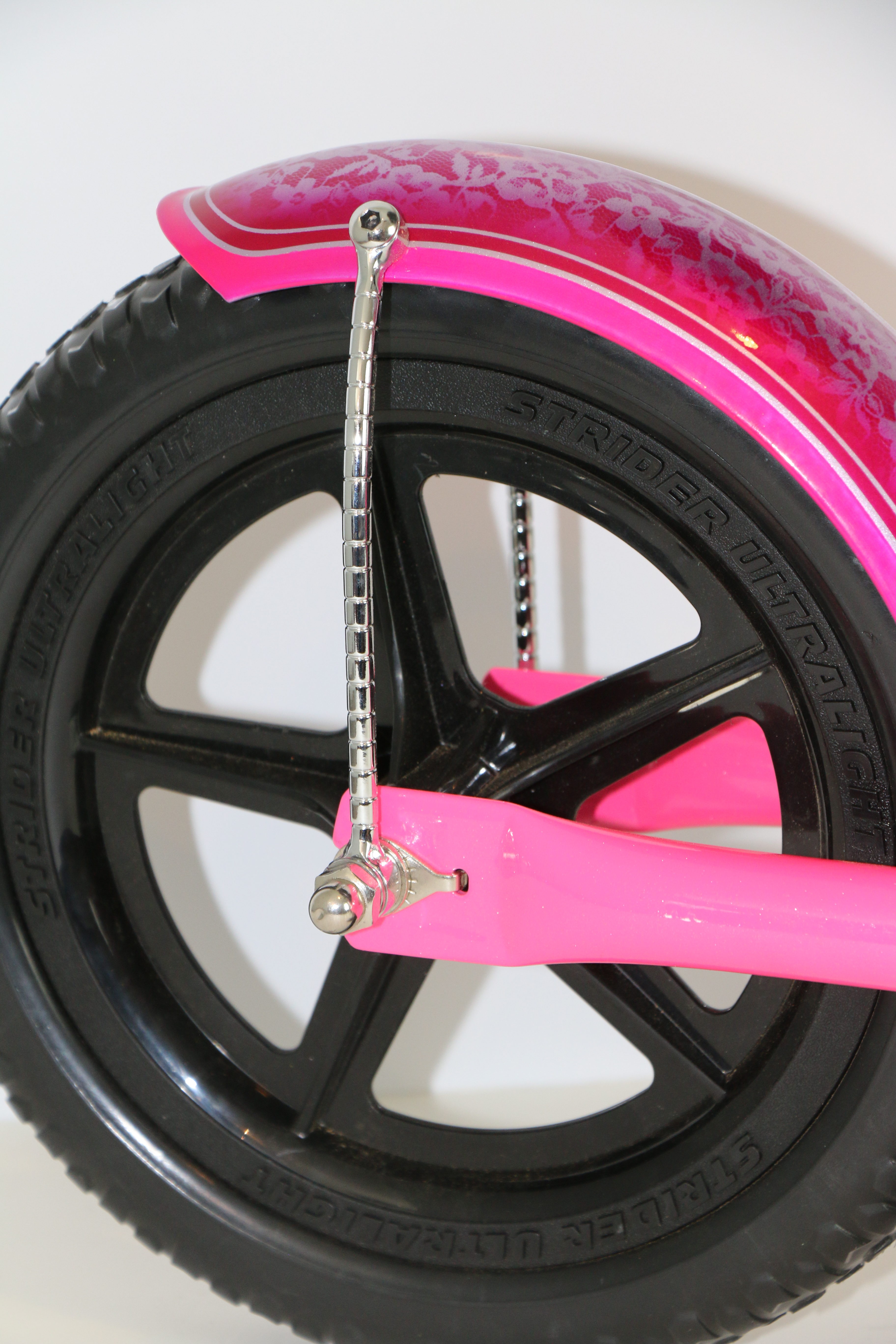 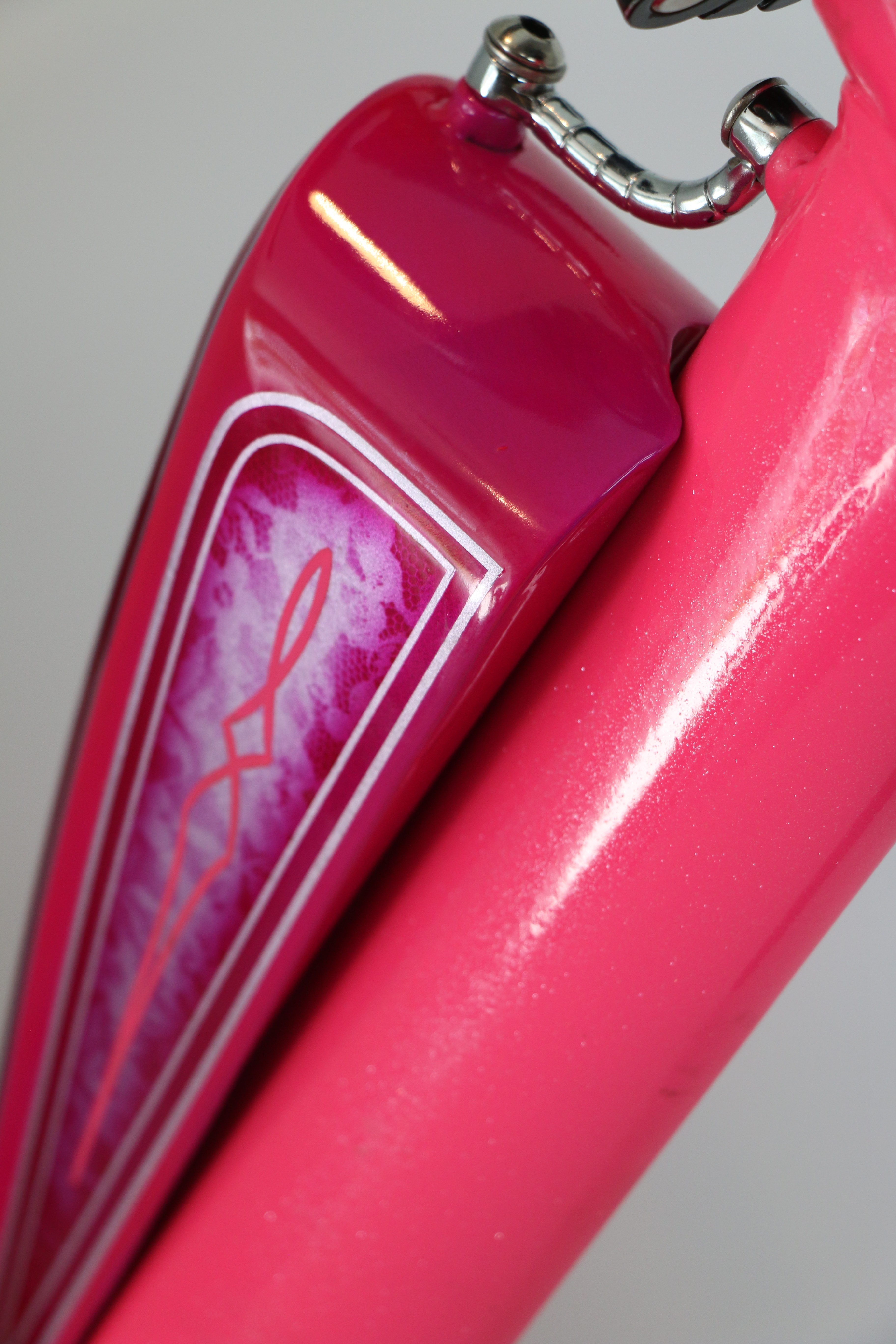 About Flying Piston Custom Striders: The Custom Strider Program is an initiative of The Flying Piston Benefit produced by Marilyn Stemp of Iron Trader News and Jeff Najar of Biker Pros to raise awareness and funds for non-profits and individuals in the
biker community. Each year a new class is unveiled at the Flying Piston Benefit Builders Breakfast at the Sturgis Buffalo Chip the first Sunday of Sturgis Rally. Contact: Marilyn Stemp, 828-205-8482, marilynstemp@gmail.com or www.theflyingpiston.com