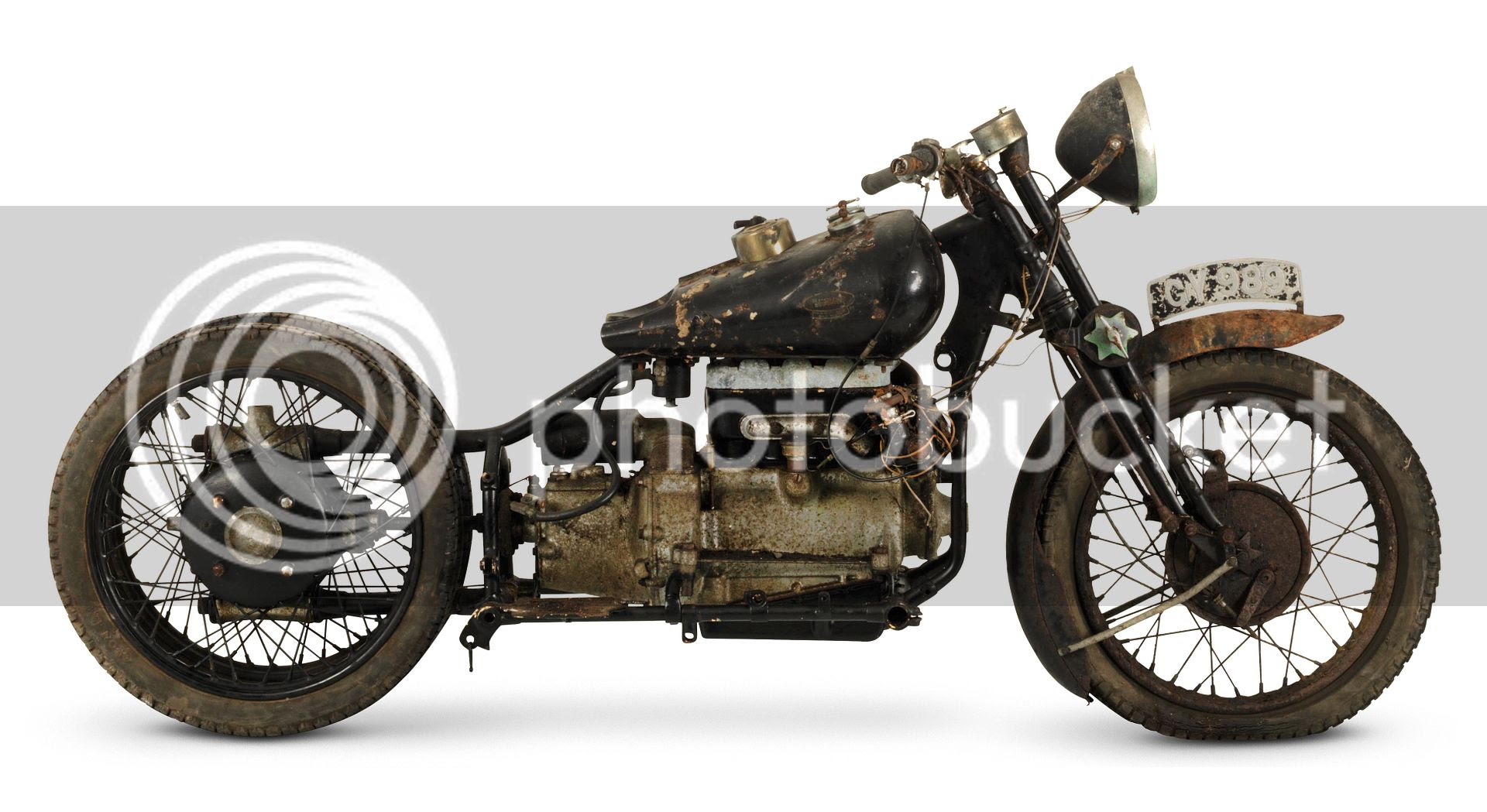 The ex- Hubert Chantrey Brough Superior 750cc BS4 – Estimate £80,000-120,000
They were believed to have been destroyed, but earlier this year, eight long-lost Brough Superior Motorcycles were discovered in a Cornish village.
Unveiled for the first time in more than 50 years, ‘The ‘Broughs of Bodmin Moor’ will be offered at Bonhams Sale of Important Collectors’ Motorcycles at Stafford on 24 April 2016.
“This is one of the greatest motorcycle discoveries of recent times,” said Ben Walker, International Director for Bonhams Collectors’ Motorcycle Department. “A lot of mystery surrounds these motorcycles, as very few people knew that they still existed, many believing them to be an urban myth. There was a theory that they still existed somewhere in the West Country, but few knew where, until now.”
“Stored in barns for more than 50 years, the motorcycles were discovered whole, in parts, and some were partially submerged under decades of dust, old machinery parts and household clutter.”
“This is the last known collection of unrestored Brough Superiors; there will not be another opportunity like this. Only eight four-cylinder machines were built, and the example in this collection is the final one to be re-discovered.”
Jonathan Vickers, Bonhams West Country motoring specialist, added, “The discovery of these Brough Motorcycles in Cornwall is historically significant; we’re delighted that these machines will now be offered for sale on an international platform for the first time in more than half a century.”
Brough Superior motorcycles are incredibly rare, powerful machines of the pre-war era. Dubbed the Rolls-Royce of motorcycles, they’re famed as the bike of choice for aficionados such as the playwright George Bernard Shaw, and T.E. Lawrence, aka Lawrence of Arabia, owner of eight models. 1938 Brough Superior 982cc SS100 Project – Estimate £60,000-80,000
The late-vendor, Mr. Frank Vague, was an avid member of the Brough Superior Club. He acquired the majority of the collection in the early 1960s; they’ve since remained unused for some 50 years.
“There is a strong market for unrestored, highly original motorcycles,” added Ben Walker. “Bonhams regularly achieves world record breaking figures for Brough Superior motorcycles, including unusual projects, which appeal to the enthusiast and collector of the brand. It would be great to see these back on the road, as they are all restorable.”
The motorcycles which form ‘The Broughs of Bodmin Moor’ Collection are: 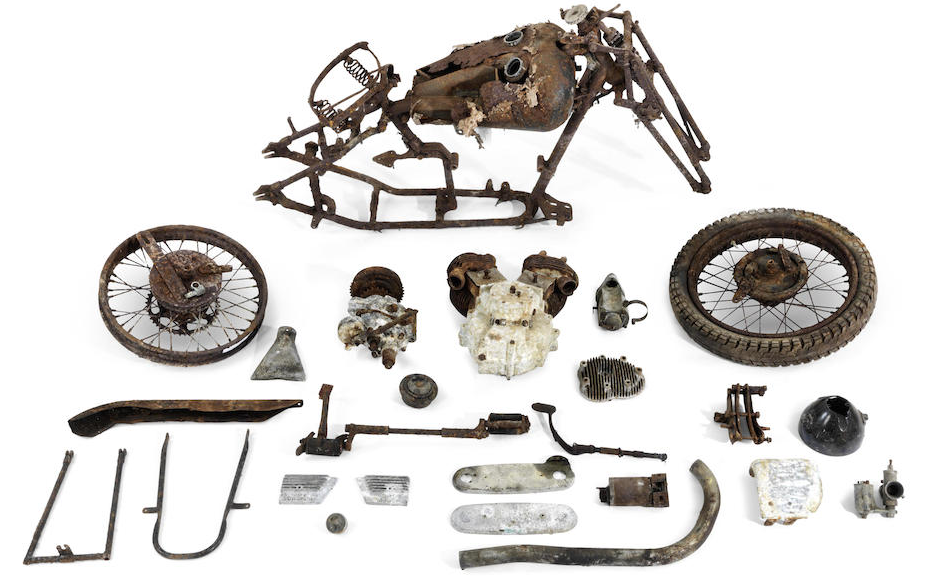