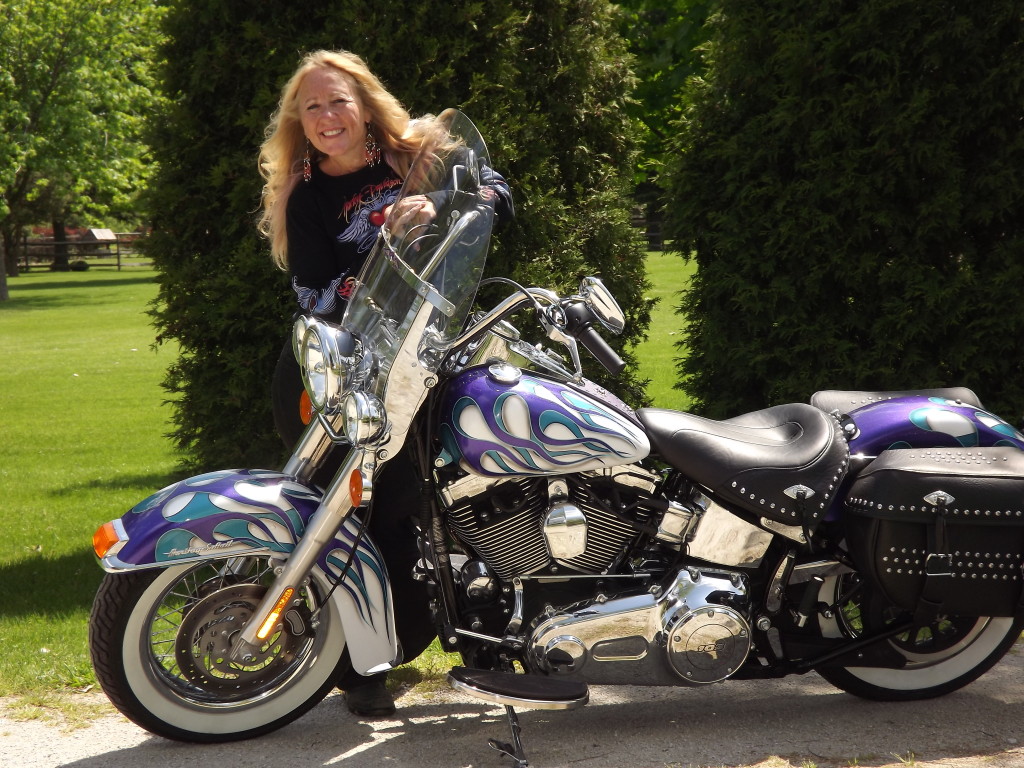 “As Women in the Wind celebrates its 35th anniversary, there’s no one better than Becky to bring additional depth and perspective to ITN,” said ITN Editor Marilyn Stemp. “Having Becky on board is appropriate, too, because she was a columnist in the early days of IronWorks. We’re delighted to have her back on the editorial team.”

Added Becky: “It’s been over 20 years since I was a contributor to IronWorks and I believe that the biggest change in our motorcycle world since then is the popularity of the woman rider. We are now mainstream and not a rarity. I hope to shine a light on women who are making a difference as well as some of the men who have been consistently promoting our lifestyle. I have now been riding for 39 years but I feel that there is so much out there still to experience. Hopefully I can share some of those experiences with Iron Trader News readers.”

Watch for Becky’s input on Iron Trader News to buffer the original content currently available, including personality stories, road and gear tests, and input for riders of all interests and abilities. You don’t ride as long as Becky has without developing a host of valuable information and experience that every motorcycle rider can benefit from.

To read Becky’s contributions and tap into genuine, grassroots information and entertainment for authentic riders, visit Iron Trader News at www.IronTraderNews.com and Facebook/IronTraderNews.

About Becky Brown:
In the mid-1970s Becky Brown bought a motorcycle. In an effort to find other women riders, she placed an ad in the Toledo, OH newspaper asking interested women to join her for a ride and was surprised when a dozen showed up. This annual event eventually morphed into Women in the Wind, an international organization with over 100 chapters in four countries. WITW celebrated its 35th anniversary in 2014. Becky has been inducted into three motorcycle Halls of Fame and was the subject of a documentary for PBS called “She Lives To Ride.” She has toured all over the world on her motorcycle and presently has a 2000 Heritage Springer and a 2012 Heritage Classic.

About Iron Trader News:
Iron Trader News is the digital successor to IronWorks Magazine founded by Dennis and Marilyn Stemp, a biker magazine in a classy package that insists on quality images, spunky layout, reliable information and concise, intelligent writing. ITN brings the best in biking with original content that’s by riders and for riders, retaining a level of excellence readers have come to appreciate and expect. Visit www.irontradermews.com and Facebook/IronTraderNews.