Phoenix, AZ (September 13, 2016) – Shown to the public for the first time at this year’s Sturgis® Motorcycle Rally™, Paul Yaffe’s Bagger Nation is proud to announce the official launch of the new Cult Forty-Five performance pipes. Designed for those who demand ultra-premium products with an unapologetic edge, the Cult Forty-Five exhaust combines Paul Yaffe’s radical design aesthetic with the 35-year track record of Vance and Hines performance.

“These pipes fly in the face of established exhaust norms,” says Paul Yaffe. “They deliver, and they do it with style.”

Providing unmatched craftsmanship with proven performance, the Cult Forty-Five Performance pipes work with all late-model Harley-Davidson touring bikes. Each system consists of 4-inch mufflers with 4.5-inch stepped out tips and a 2.5-inch louvered core with removable fiberglass wrap. Each of the 4 available tip styles are meticulously engraved with the Bagger Nation coin logo and the tips are “dial-able” to place the logo in any desired position. Cult Forty-Five Performance Pipes come in chrome or black and you can choose from 4 radical tip designs to compliment your personal aesthetic vision. Of course, the pipes are made right here in the U.S.A.

Next, for those wanting to take it to the next level, Paul Yaffe’s Bagger Nation offers their radical Cult Forty-Five collector design, featuring full coverage 2.5-inch header heat shields, a unique vented w mesh inserts 4.5” main body shield and the huge billet 4.5-inch end cap that’s available in 4 different styles in either black or chrome to compliment your personal aesthetic vision. This thing screams a ferocious exhaust roar and fits with stock or extended bags and Bagger Nation swoop or stock side covers. It’s nothing short of explosive! Exclusive to Yaffe’s new pipe are features like an adjustable elbow position (slightly raised or two-up) and our “dial-able” end caps as well as a 9 piece “tone-able” baffle system. 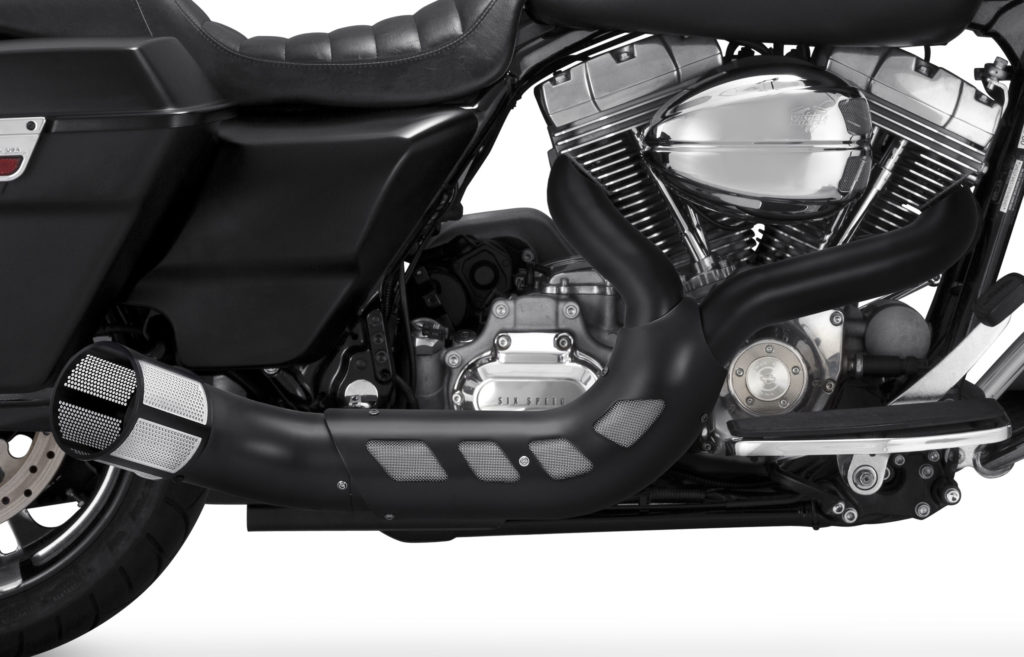 From Paul Yaffe, the man who originated billet stylized exhaust tips, Cult Forty-Five Exhaust applications look and perform like nothing you’ve ever seen, proving once again that Bagger Nation remains ahead of the curve, in the front of the pack.

Paul Yaffe has been designing and building custom motorcycles and motorcycle parts and accessories for over 30 years. In that time, he has won many awards, contests and honors, including three “World’s Most Beautiful Motorcycle” awards at the famous Oakland Roadster Show and two “Builder of the Year” and three “Trendsetter of the Year” honors from Easyriders Magazine. Recognized as an influential force in the world of custom motorcycle building, Paul opened his shop Paul Yaffe’s Bagger Nation (together with Paul Yaffe Originals) twenty-five years ago, and today his designs are among the best and most sought after on the planet. For Paul’s latest parts, designs, news and appearances, follow him on Facebook, Twitter (@BaggerNation), Instagram (@pybaggernation) and YouTube.

Here is a link to all the imagery of the new Cult Forty-Five exhaust. https://drive.google.com/drive/folders/0B7BgPsNgvTXUR3VfVndyUHNyUXM?usp=sharing