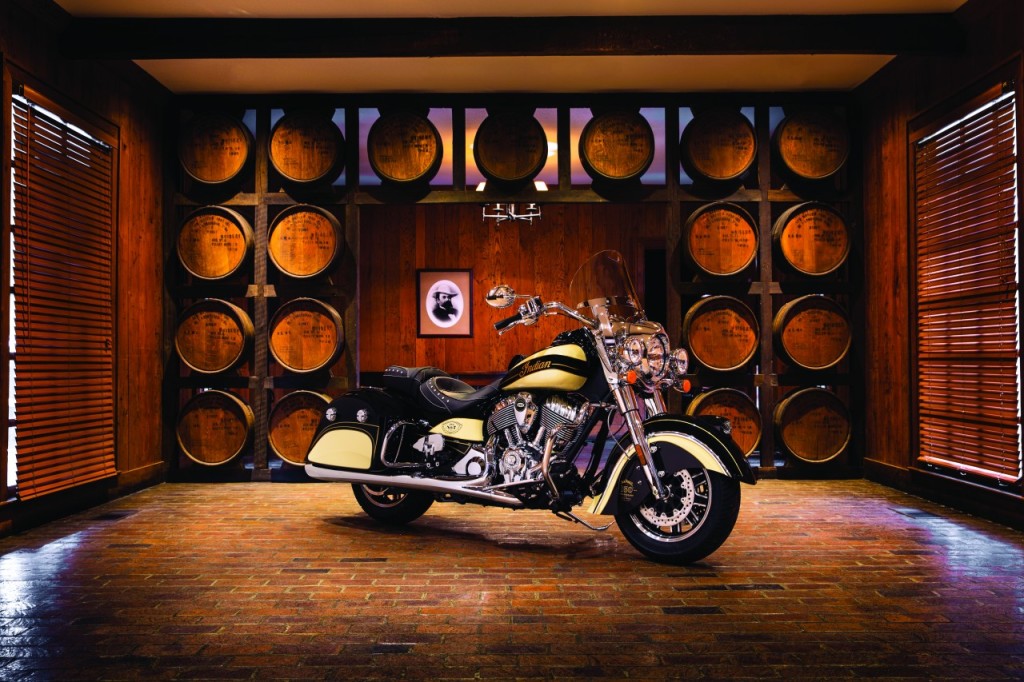 Just a day after the launch of the Indian Springfield comes this Limited Edition Jack Daniel’s version.

This partnership between Jack Daniel’s and Indian Motorcycle brings together two of America’s most iconic brands that share a mutual commitment to independence, originality and American craftsmanship dating back more than a century.

Created to commemorate the 150th anniversary of the Jack Daniel Distillery, which was registered in 1866, each model will be produced in extremely limited numbers not to exceed 150 total units.

The first of the limited edition series, an Indian Chief Vintage version that was the custom painted prototype built by Klock Werks, will be auctioned at the Barrett-Jackson Las Vegas auction on Oct. 6-8 at the Mandalay Bay resort. More information can be found at Barrett-Jackson.com

Both models come with a custom printed Jack Daniel’s whiskey barrel top to commemorate each bike, a two-year unlimited mileage factory warranty and, as with all new Indian motorcycles, include free membership in the Indian Motorcycle Riders Group for one year.

Powered by the highly regarded Thunder Stroke 111 engine, each of these new 2016 model year motorcycles uniquely maintains the style and craftsmanship Indian Motorcycle is known for while offering the ultimate in versatility. Featuring quick release windshields and saddlebags, both may be ridden as a stripped down cruiser or treated as a capable touring model for longer getaways as they both feature cruise control, ABS and a comfortable riding position.

However, the Limited Edition Jack Daniel’s models bring these models to a whole new level with an array of genuine Indian Motorcycle and Klock Werks accessories, as well as Jack Daniel’s-inspired custom paint and logos, badging, seat and saddlebags.

Among the custom touches on the Limited Edition Jack Daniel’s Indian Springfield and Chief Vintage are a front fender featuring gloss black head dress housing and trim, commemorative Jack Daniel’s 150th Anniversary logo and an inscription with the names of the seven Master Distillers who have overseen the Jack Daniel’s distilling process over its 150-year history.

Only 150 motorcycles will be produced and will be sold on a first come, first served basis. Specific motorcycle numbers may not be reserved. Each of these motorcycles will be hand painted and built with delivery occurring no later than August 2016. “This is the first time in Jack Daniel’s history that it is has aligned with a vehicle manufacturer,” said Dave Stang, Director of Events & Sponsorships for Jack Daniel’s. “Using these new, limited edition motorcycles to help the ‘Operation Ride Home’ program serves as the perfect pairing for these two classic American brands.”

“Indian Motorcycle and Jack Daniels are ideal partners to work together,” said Steve Menneto, President of Motorcycles for Polaris Industries. “We share the respect for history and the desire to promote responsible riding. These two models will be instant collectors’ items, and more importantly are fantastic motorcycles to ride every day.”

ABOUT INDIAN MOTORCYCLE
Indian Motorcycle, a wholly-owned subsidiary of Polaris Industries Inc. (NYSE: PII), is America’s first motorcycle company. Founded in 1901, Indian Motorcycle has won the hearts of motorcyclists around the world and earned distinction as one of America’s most legendary and iconic brands through unrivaled racing dominance, engineering prowess and countless innovations and industry firsts. Today that heritage and passion is reignited under new brand stewardship. To learn more, please visit www.indianmotorcycle.com. 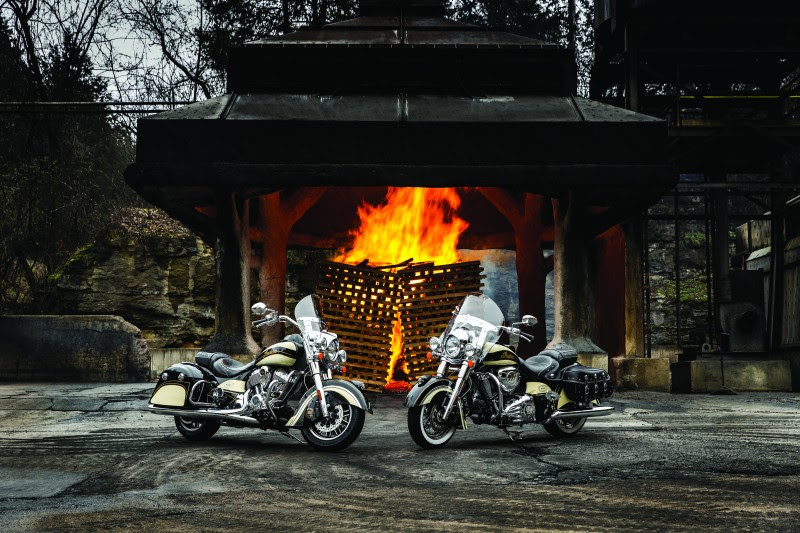 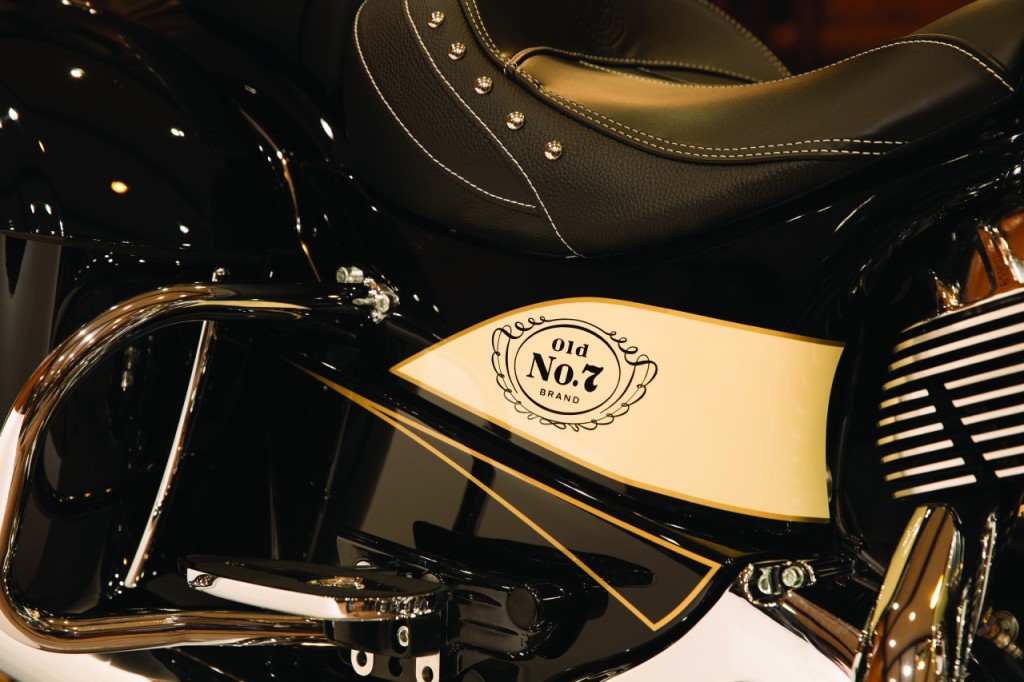 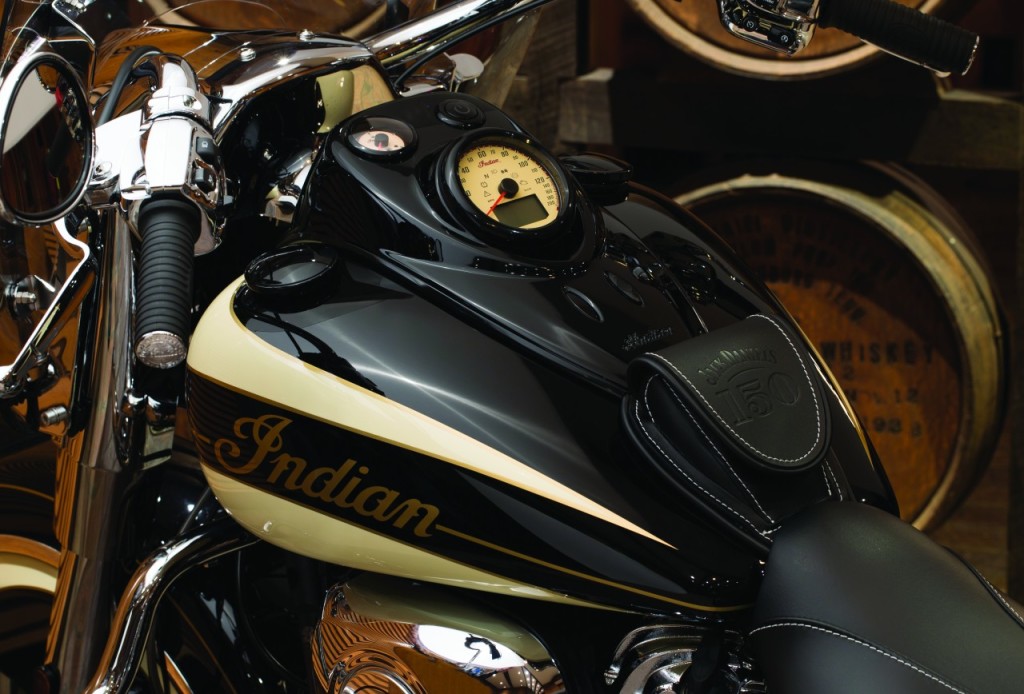 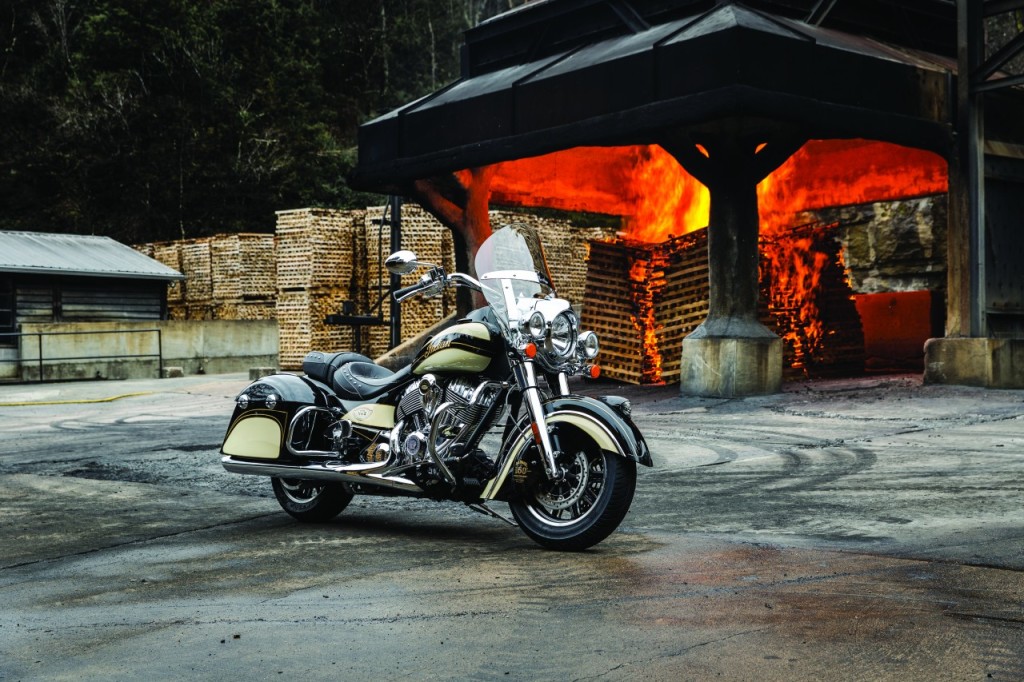 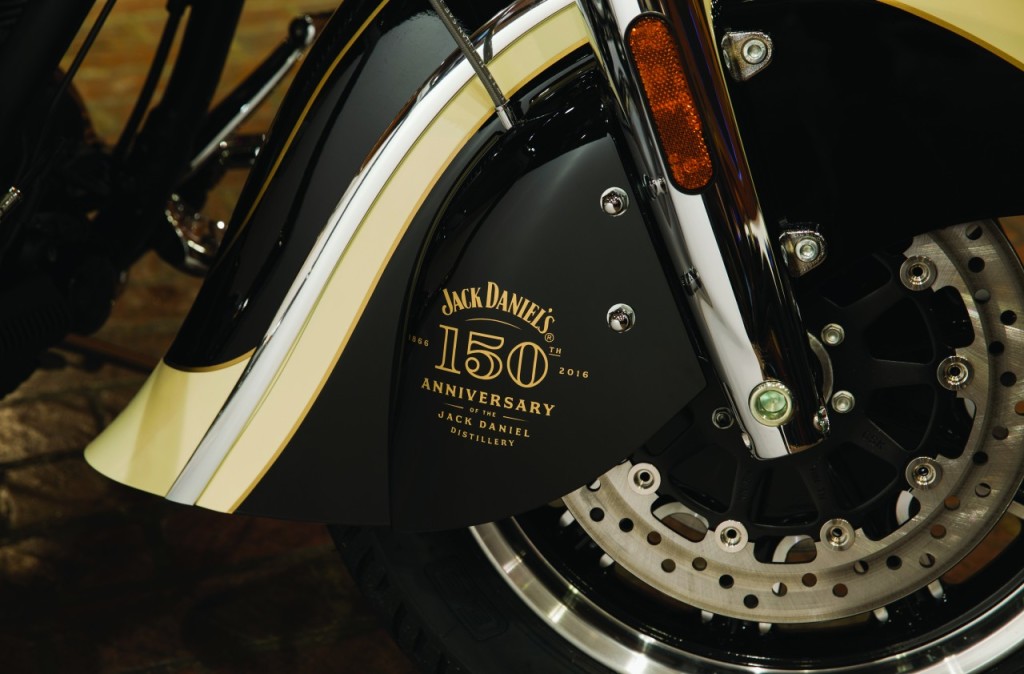 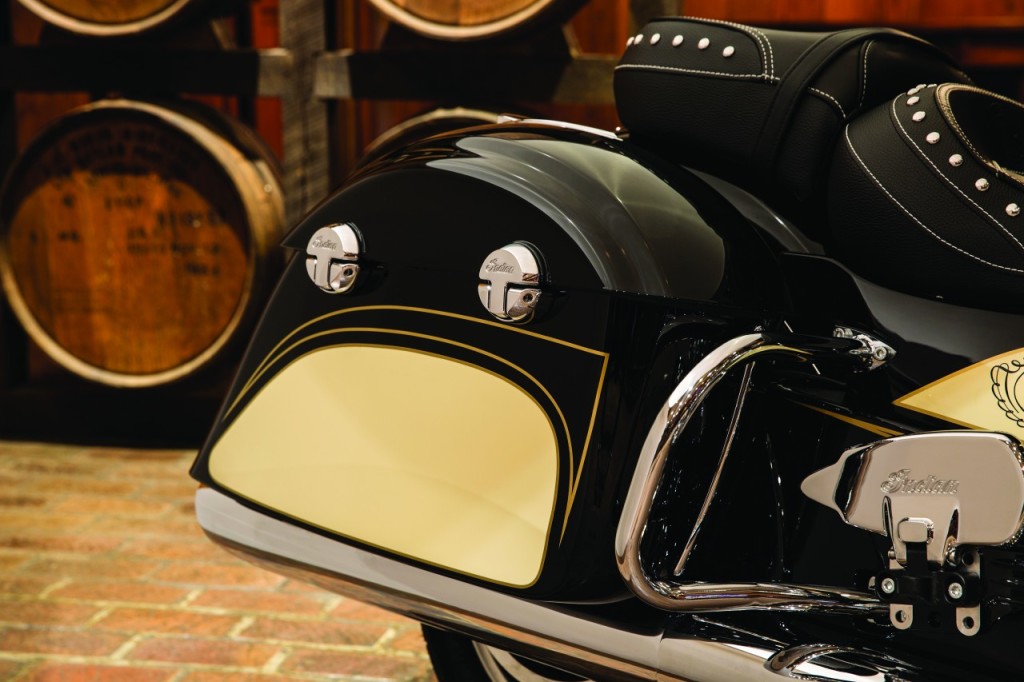 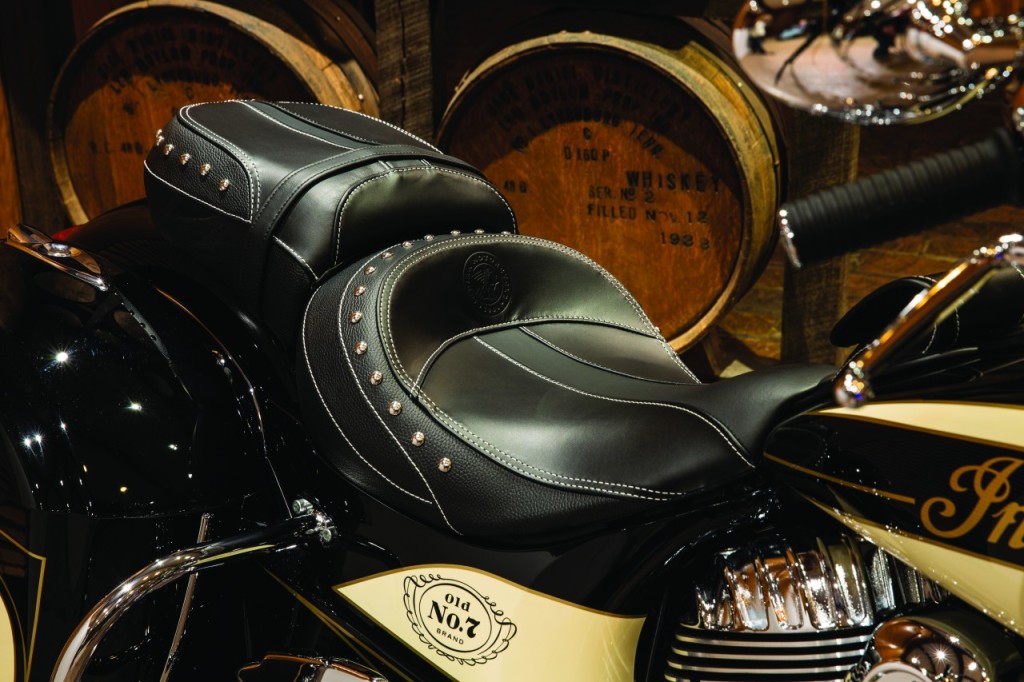 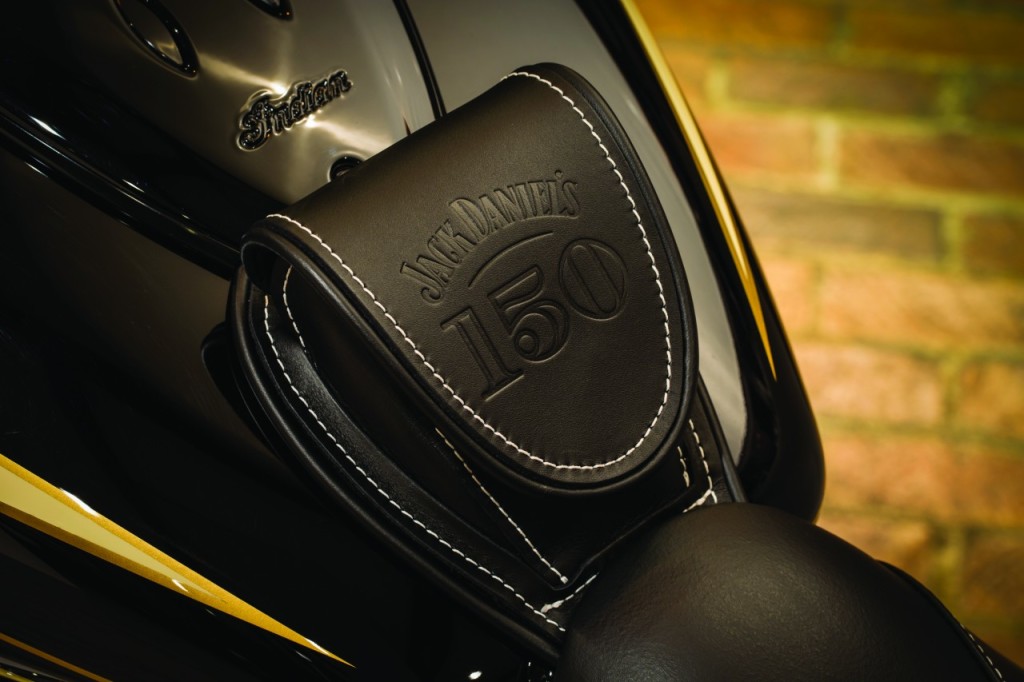 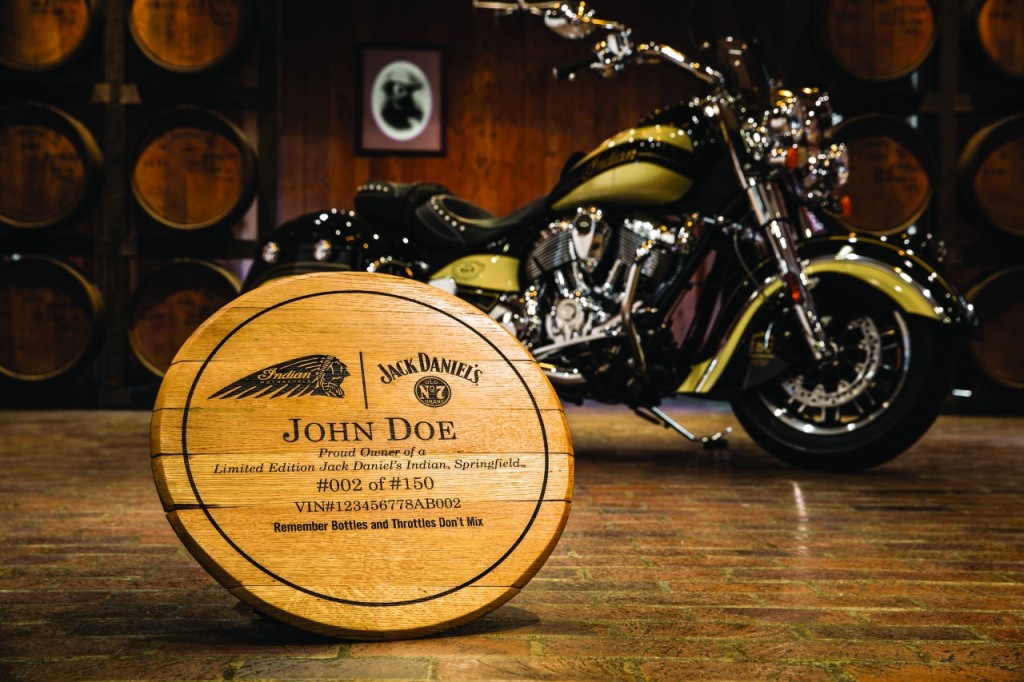 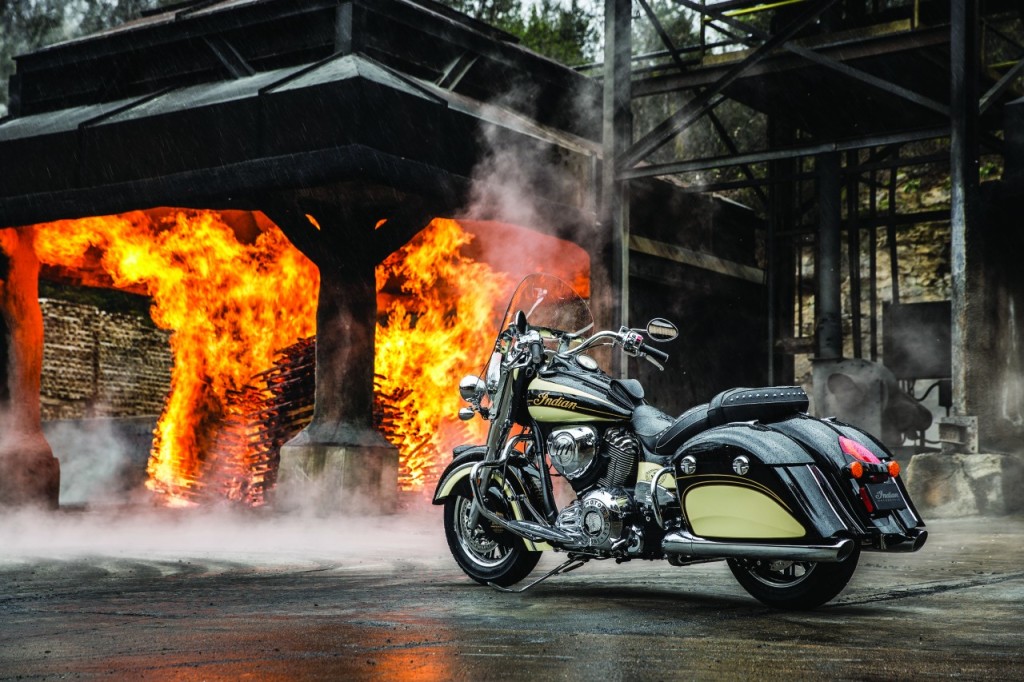 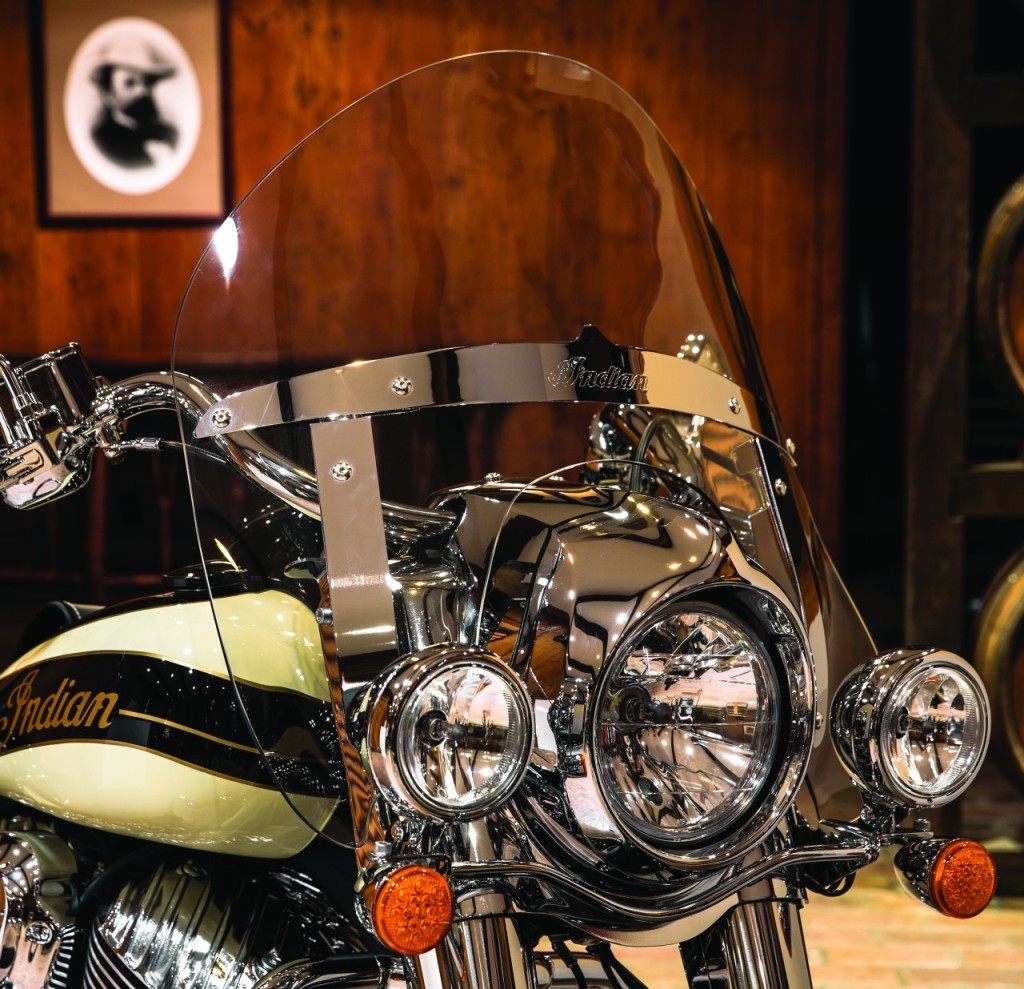 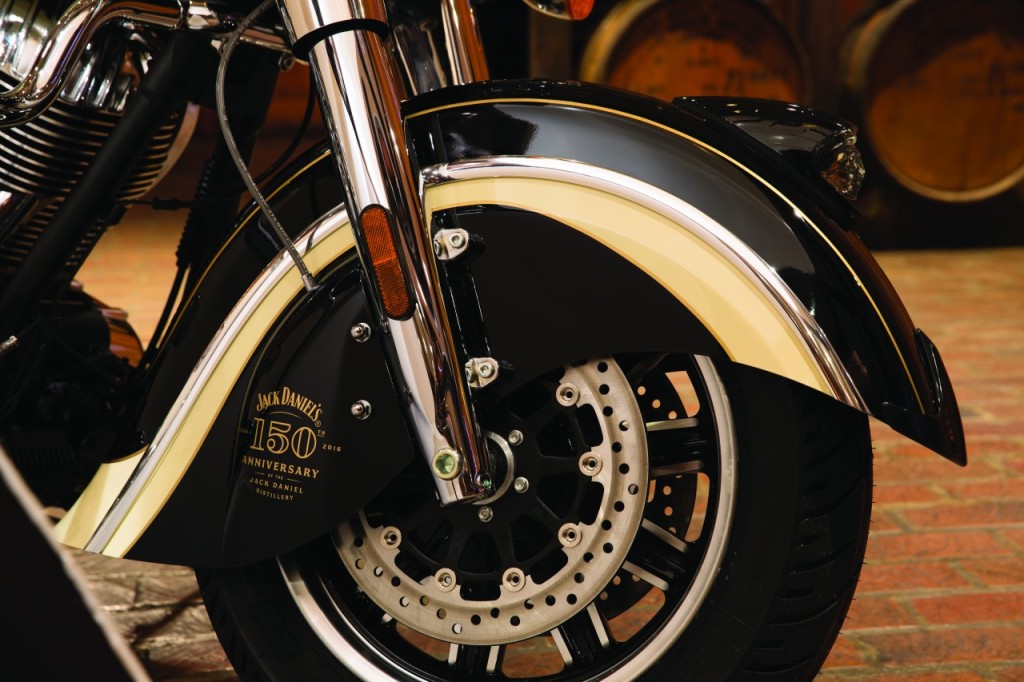 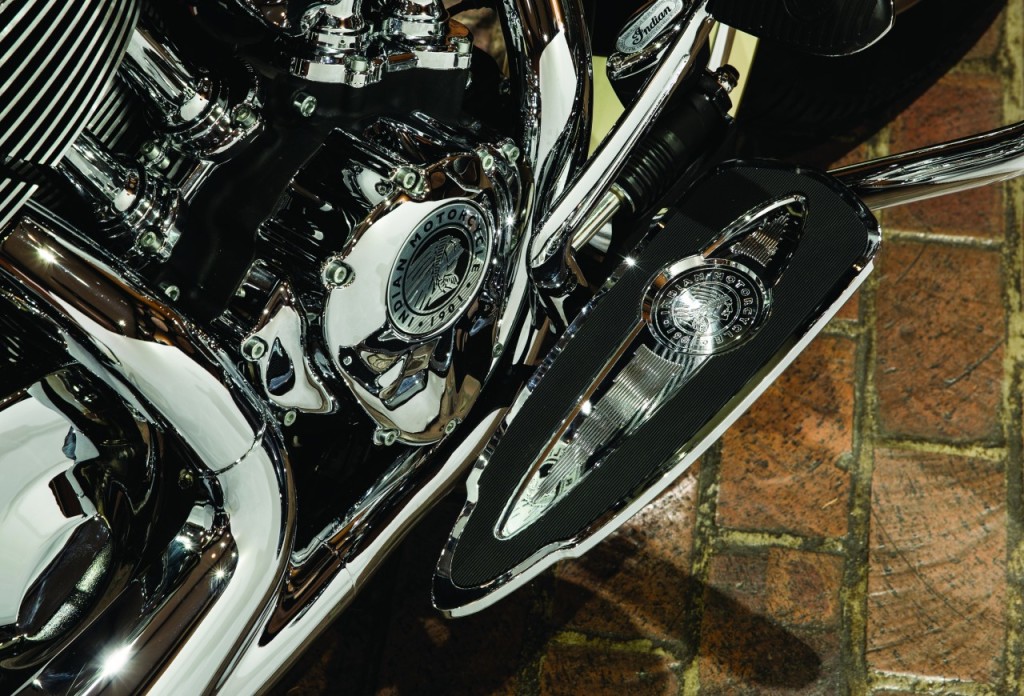