HMCL Americas Inc. has agreed to acquire ownership of “certain tangible and intangible assets” of EBR for $2.8 million, Hero stated. This presumably would give Hero the ability to protect R&D and any projects EBR had been developing for it from any pending liquidation.

The settlement “will help Hero MotoCorp’s in-house research and development teams to accelerate development of certain consulting projects, including the projects EBR was executing for the company at the time of filing of the Chapter 128 Receivership,” Hero stated.

The agreement is subject to approval by the Circuit Court in Wisconsin and Hero MotoCorp’s board of directors.

Rumors had been swirling that Hero would acquire EBR in full as part of the Chapter 128 proceeding; however, Dealernews was unable to confirm any activity by Hero related to a full buyout.

A Hero spokesperson told regional media, “We are not keen to bid for other assets.” 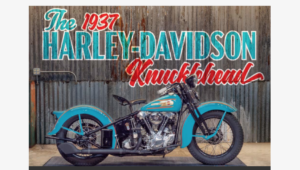